A little while back that awfully nice chap, David Crook, very kindly sent me an old Airfix Fort Sahara that eh had discovered at a car boot sale. I'd been after one of these quite liteally for years (after missing out on a mint one at The Keep many years ago I'd never seen one since).

Being second hand it was obviously "pre-loved" but some judicious application of plastic card, cardboard and chopped up coffee stirrers, along with a paint job combined with a sprinkling of sand to give a suitably rough surface to the inner walls has led to what i think is a pretty satisfying conclusion. 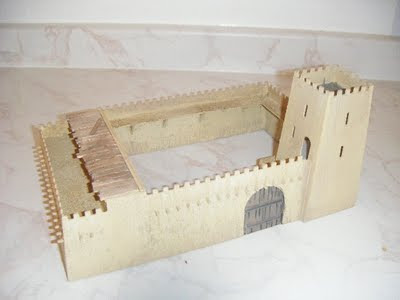 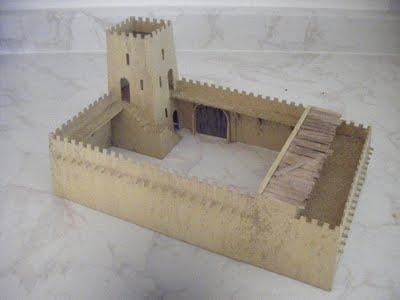 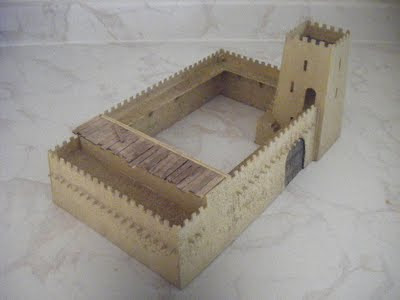 I'll probably make a few "lean-to" buildings and a well to go in the courtyard, but for now its finished.

I have  a whole raft of uses for this now. It can just about do for a fort in the Sudan, and fits nicely with my plans for a hypothetical SCW-based campaign setting (not to mention working nicely with my AK-47 armies).

A French Foreign legion setting would be good too, wouldn't it? Well, up until a few days back that was an aspiration but wasn't likely to come to anything. However, whilst trawling through te "lead pile" and sorting out the stuff that is going to the Lincombe Barn tabletop sale I found a box of unpainted Irregular FFL and Tuaregs that I bought many, many years back. So maybe more a "project for later" than an aspiration :)
Posted by David Manley at 19:11