Having got my regular Imjin War rules done and dusted I've been thinking about a "fleet action" set, after seeing various comments about the new Tumbling Dice range in 1/2400 and how they would work well on bases with multiple ships.  It should be simple enough to meld "Inferno and Glory" with the ship stats and period detail of "At The Height of Battle" and so I've started testing, although I am likely to use the more "free form" approach to squadron formations in "Lord of the Sea" as it should allow me to better represent the fighting style of the Korean and Japanese fleets.

To get an idea of what they'd look like I've been playing with some 3D models in combinaton on 40mm bases, and I quite like the look of them. I expect the TD models will look similarly nice when mounted that way. 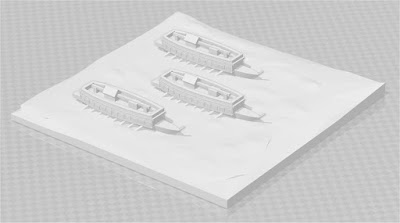 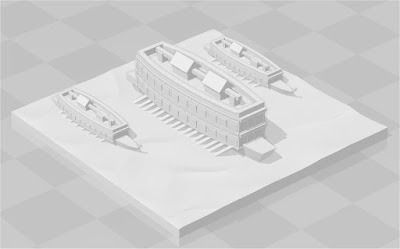 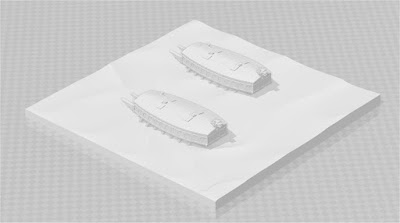 All At Sea, Victorian Style

For some strange reason I had a sudden desire to knock up some Victorian ironclads last week (nothing to do with "the Plan", one of those spur of he moment decisions. After a few days playing on Meshmixer I had knocked up three new models. Last year I created fleets for the Russo Turkish war in 1/1200 using some 3d models I bought on Wargame Vault. The models needed a lot of work to turn them into reasonable representation of the actual ships, and in so doing I created a library of funnels, turrets, masts and other fittings as well as hulls from which I could create new ships. At that time I used those pieces to build the auxiliary fleets of both sides (so plenty of steamers and paddle gunboats). This time I was looking for something bigger.

There are four new classes, three turret ships and a monitor. The turret ships are based on HMVS Cerberus, HMS Inflexible and a lengthened Inflexible type (mainly because I got the length wrong the first time). The fourth is a Royal Navy monitor. Whilst reading the new Helion book on HMS Captain I came across a section that briefly discussed RN plans for armoured ships for coastal defence (and a possible war in North America). The passage hinted at the preparation of designs for turret monitors similar to the US Passaic and Canonicus classes, so I thought I'd have a go at knocking one up. The design takes a "traditional" US monitor arrangement but with a Coles turret and with a deckhouse (I wanted something that looked distinct from a US type). The idea being that the deckhouse provided some cabins and other spaces in a lightly built open structure that was sacrificial in action, the engines, magazines, crew accommodation etc. below the armoured deck. I was quite pleased with the result. 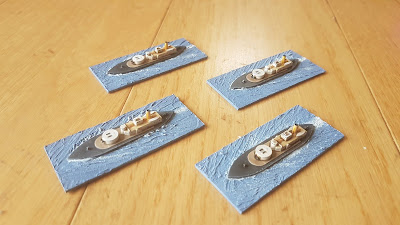 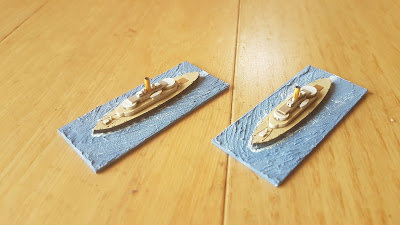 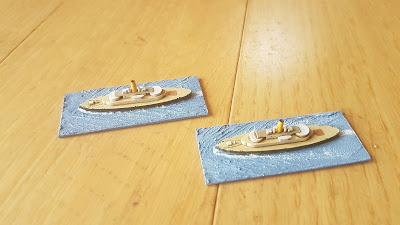 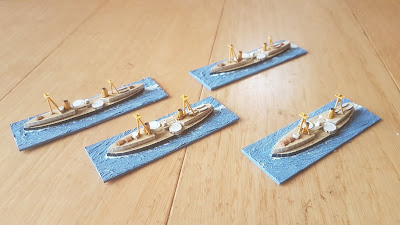 None of these are true representations of their subjects (and in the case of the monitor of course, entirely conjectural), But they will see sterling service in the naval "imagi-nations" campaign setting that I am slowly working up, alongside the other hypothetical 1870s ironclads that I created when printing out the Turkish fleet.

More on that project another day....

I've just finished the latest additions to my Bbattlestar Galactica collection, a brace if Viper MkIIIs from the "Blood and Chrome" miniseries. These are 3d prints from Thingiverse, modelled by nic3pu.

I'm broadly pleased with these but worried that they my be a bit too dark, so I'm printing a 3rd to try in a lighter grey.  But for now these will do. 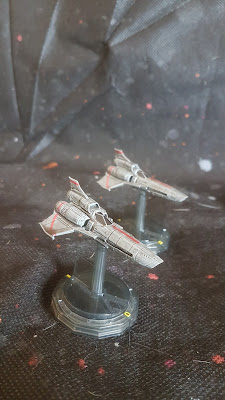 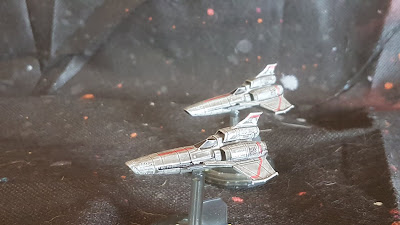