June saw the second Naval Wargames Weekend at the “Explosion” Museum of Naval Firepower in . My plans for the event were dashed by both Liz and I suffering various debilitating injuries in the week before, meaning I couldn't walk, Liz couldn't drive or do anything requiring two hands, and so I had to stay home to look after the children. Thanks then to Mark Backhouse for providing some feedback on the event.

The show was, as last year, a small affair but featured some excellent games.

Simon Stokes ran his “Blackbeard’s Last Stand” game as featured at Salute. The Solent Wargames Group, ably led by Mark Backhouse presented a beautiful 28mm skirmish game featuring the Naval Brigade and some lovely gunboat models.  The Solent team also put on a lovely game set in the during 1914, played out in 1/1200 with some excellent models, and to cap it off a 1/600 ACW naval game using the popular “Hammerin’ Iron” rules from Peter Pig.

Mark Barker’s “Inshore Squadron” chose the bicentenary of the outbreak of the War of 1812 to stage a refight of the battle of – War of 1812, whilst Jim Wallman brought along his ever popular WW2 Damage Control participation game set on board HMS Belfast.

Meanwhile, the Bognor Regis Wargames club brought a 28mm “Very British Civil War” game (which they also ran at Salute), proving that this genre has a maritime as well as a land based component – and that NWS members have a pretty good representation at the UK’s premier wargames event

Mark’s game featured the intrepid Lt. Nelson and the Red Sea Rifles on a daring mission out of Suakin in 1884 to recapture some lost Egyptian rifles being used to arm the local Fuzzy Wuzzy tribes. Mark  played it three times with the Naval brigade coming out on tops twice and losing once. The second pic shows the sad demise of the third game when Lt. Nelson and his men met a rather sorry end!

Mark Backhouse and Jim Wallman took a load of photos which they have made available to me to put on the blog, and a selection of them can be seen below.

The show, whilst small, was deemed a success by those attending and there is a definite will to run it again next year (as long as we can maintain the links with the museum). There were some thoughts to increasing the scope of the event to include traders, but I don’t think the size of the event justifies this at all – although there have been some thoughts as to a “bring and buy” which we can explore for next year. Whilst the event doesn’t have a formal “mission statement” the aim is, I feel, to provide an annual forum in which naval gamers can get together for a few games and a chat to swap “fish stories”, thoughts, tips and ideas and perhaps the odd model or two.

Timing was, to be honest, “not optimal” since the event clashed with the Jubilee weekend (I knew there was something significant about that date when we agreed it with the museum!) which kept many people away, so an event in 2013 will be better timed! The location, in the museum’s conference area, was much better than last year’s event in the grand magazine which, whilst very atmospheric, was very dark.

So watch out for the next event in 2013 – dates posted as soon as they are decided. 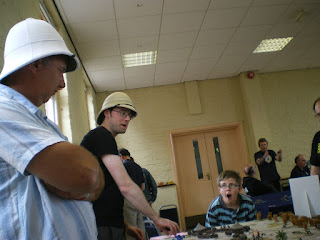 Classic headgear for the 1890s wargamer 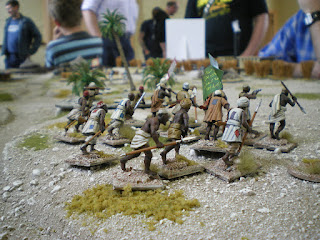 Mahdists cause trouble for the trusty boys of the Naval Brigade 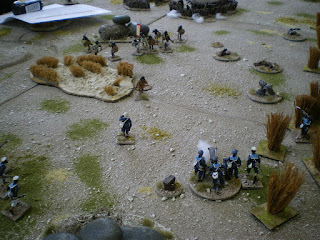 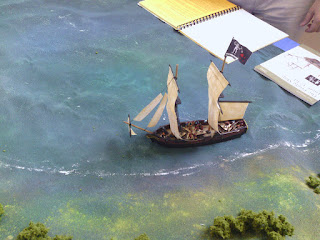 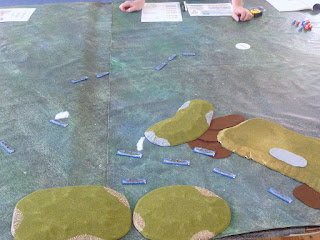 Action in the Falklands 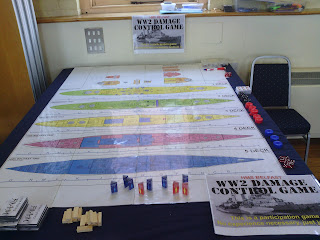 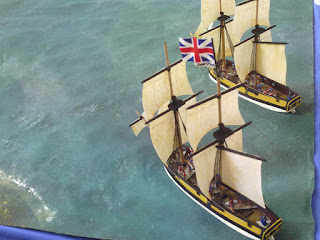 Jane and Ranger close on Blackbeard for his final battle 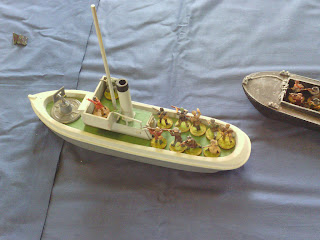 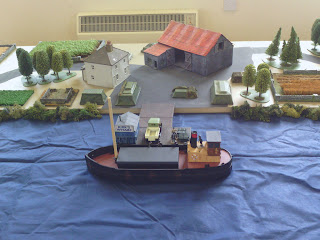 A Very British Civil War, and some Very Lovely Models 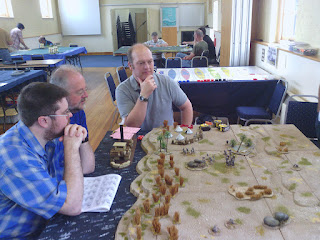 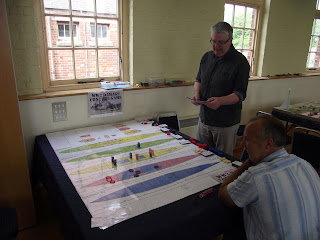 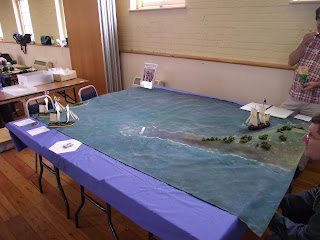 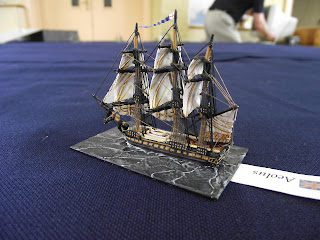 HMS Aeolus plies the sea off 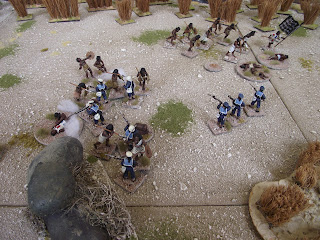 The Naval Brigade and Mahdists mixing it!

Something rather lovely popped through the letter box this week - a copy of "German Naval Camouflage" by John Asmussen and Eric Leon.

This is an excellent publication, written by the creator of the famous  www.bismarck-class.dk website and beautifully illustrated by Eric Leon. Over 190 pages covering every major German surface warship from the light cruisers upwards, including (as far as possible every variation in colour scheme and tactical markings, a selection of destroyer schemes and even a few pages on embarked seaplanes. The many colour illustrations are supported by a myriad of photographs (many of them quite rare and unusual), and a very readable and informative text.

Well worth grabbing a copy, and highly recommended! I can't wait for volume 2!!
Posted by David Manley at 11:51 No comments: