This morning I popped down to Michael Stockin's "Blast Tastic" Sci Fi wargames show in Filton, Bristol. This was the 4th year of the show and alas the last, as Mike has decided to draw stumps on the show for now. That is a pity as the show always has the promise to be the successor to the SFSFW's "Ragnarok" show but it was not to be.

Anyway, the show was a small but happy and fun affair, with a number of games on display. I ended up paying in Gary Mitchell's "Tripods" participation game, set in the UK in the 1980s and based on the background of the old BBC "Tripods" TV series. An alien vessel has crashed into a farm in deepest Somerset and a strange tripod machine stands motionless above the barn. As the local British Army commander I had to  (a) establish contact with the aliens (playing Beethoven from speakers mounted on a Challenger tank was one option), find and rescue two children of prominent government ministers who were known to be hiking in the area, obtain video and scientific data by helicopter and a few other things. Oh, and another government minister and the BBC were on hand too.

In the end my troops found the children, obtained the data and video, evacuated the children in the helicopter, attempted to make contact, then, when the aliens decided to let rip with a heat ray, put up a stout defence that ended quickly when my Challys put a couple of APDS rounds through the alien shields, completely destroying the tripod in a single salvo. Having given Johnny Alien a damned good thrashing I retired from the field  of battle with a nice cup of tea 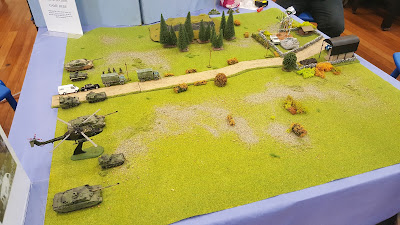 The British Army's finest advance on the silent tripod 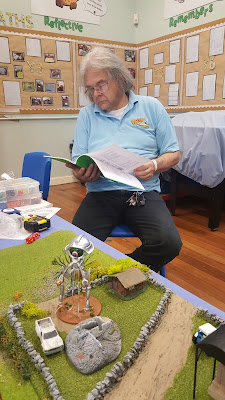 "How do these rules work again?" 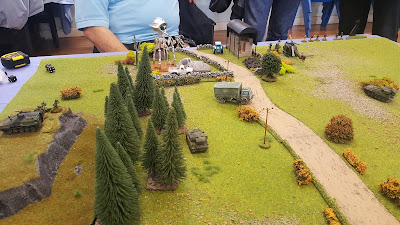 Milan team in place, scorpions on overwatch, the Royal Greenjackets escort the rescued children away from the farm 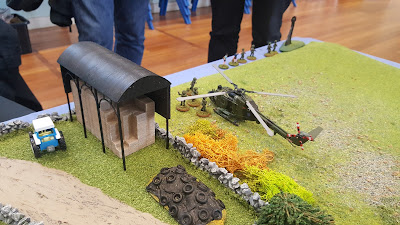 "Get to da choppah!" I grabbed a few snaps of the other games on show and then had to high tail it back to Gloucestershire, so only a flying visit. It was a fun morning, and sad to think there won't be another next year. 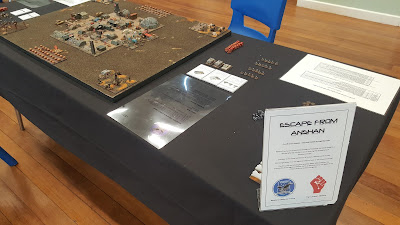 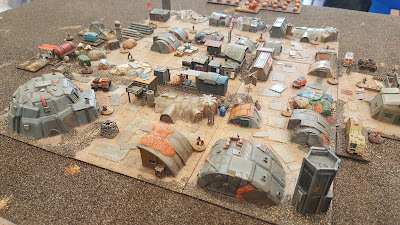 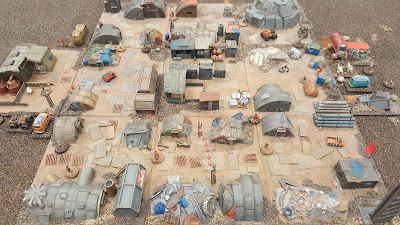 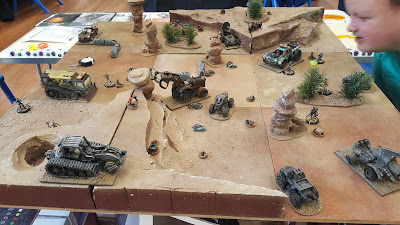 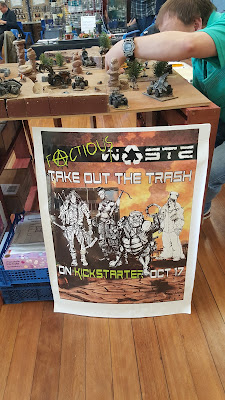 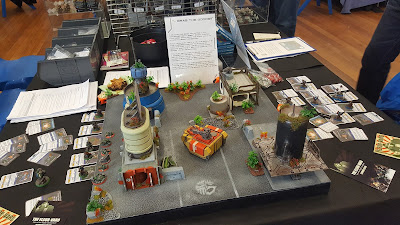 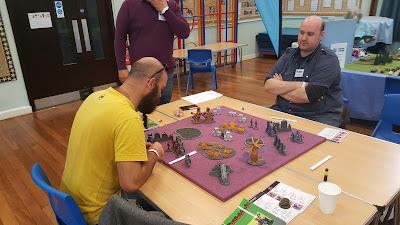 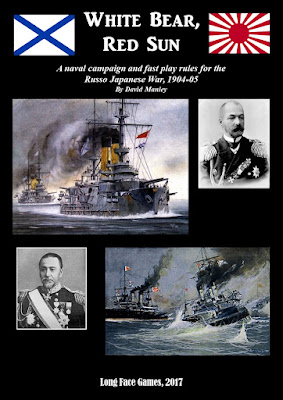