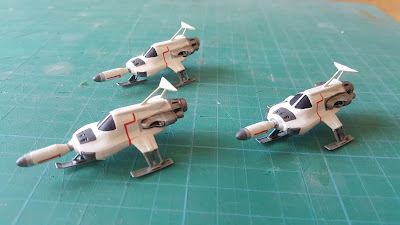 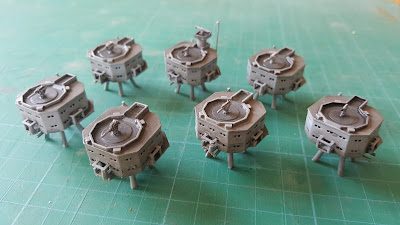 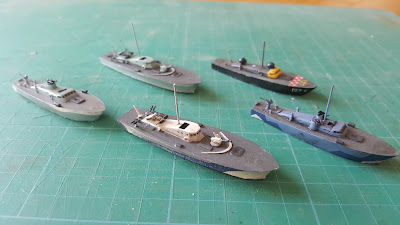 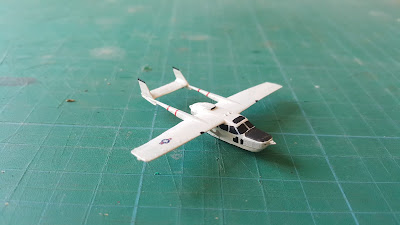 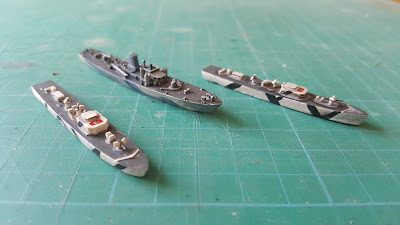 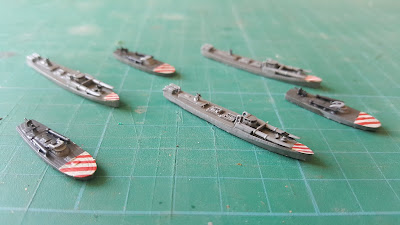 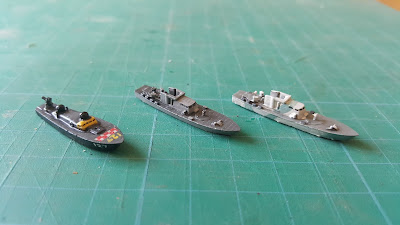 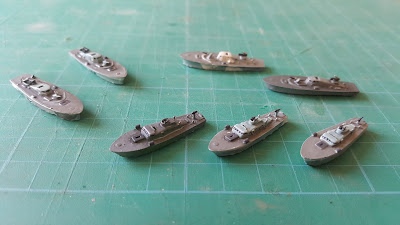 Saturday saw me and Stuart Machin making our way to the Excel Centre in Docklands for Salute 2019. Joined by Rob Hutton, Drew Jarman, Dave Sharp and Simon Stokes, we were running my "Stingray" participation game on behalf of the Naval Wargames Society. Salute is a long day for people manning stands or running games and this year was no exception, so after nine hours we were set to drop, but we'd had  a great day. We ran seven games with players young and old, all of whom had a great time. Many kind comments were received, and I picked up some good ideas for future developments. A lovely day out and, as usual, one of just a small handful of naval games at the show. 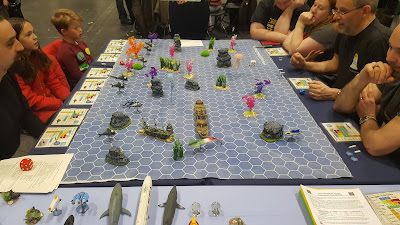 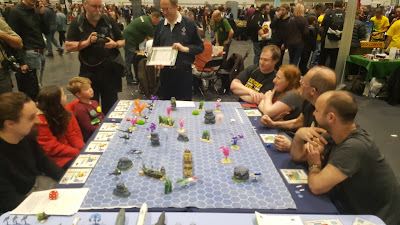 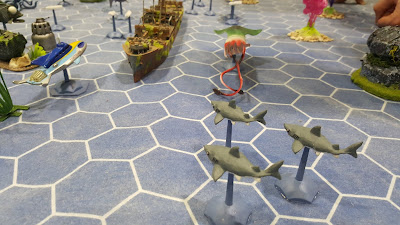 I even got interviewed for OnTableTop's live blog :)

As well as running the game I also got to catch up with loads of friends that I'd not seen for ages, and to chat with John Stallard at Warlord about future plans for Cruel Seas, and the forthcoming Black Seas age of sail game. I'd love to say more but alas an NDA prevents.....

I tried to get along to the bloggers meetup but alas it occured mid game and so I missed the chance, again (I've failed every year so far!)

I also got a bit of shopping done, some 10mm Vietnam figures from Pendraken to replace the rather old figures I currently have, a 28mm steampunk mermaid from West Wind (looks like a giant mermaid will be making an appearance in future Stingray games), some 1/300 early S Boats from Heroics and Ros for small scale "Narrow Seas" games, and some of the nicer mugs from recent Salutes to bolster my collection.

So, a fun day out, much enjoyment had and lots of happy gamers who enjoyed finding out what could happen in the next half hour :)
Posted by David Manley at 19:34 5 comments: