The Battle of Sherbert Dab - Bolt Action on the NWF

After a few weeks enforced absence I got along t the Slimbridge Club this week to find that Rodger had organised a North West Frontier game using our modified Bolt action rules. The variant this time was similar to the "Colt Action" variant used for western gunfights; one activation die is drawn per figure - and with seven squads on the table that was an awful lot of dice! 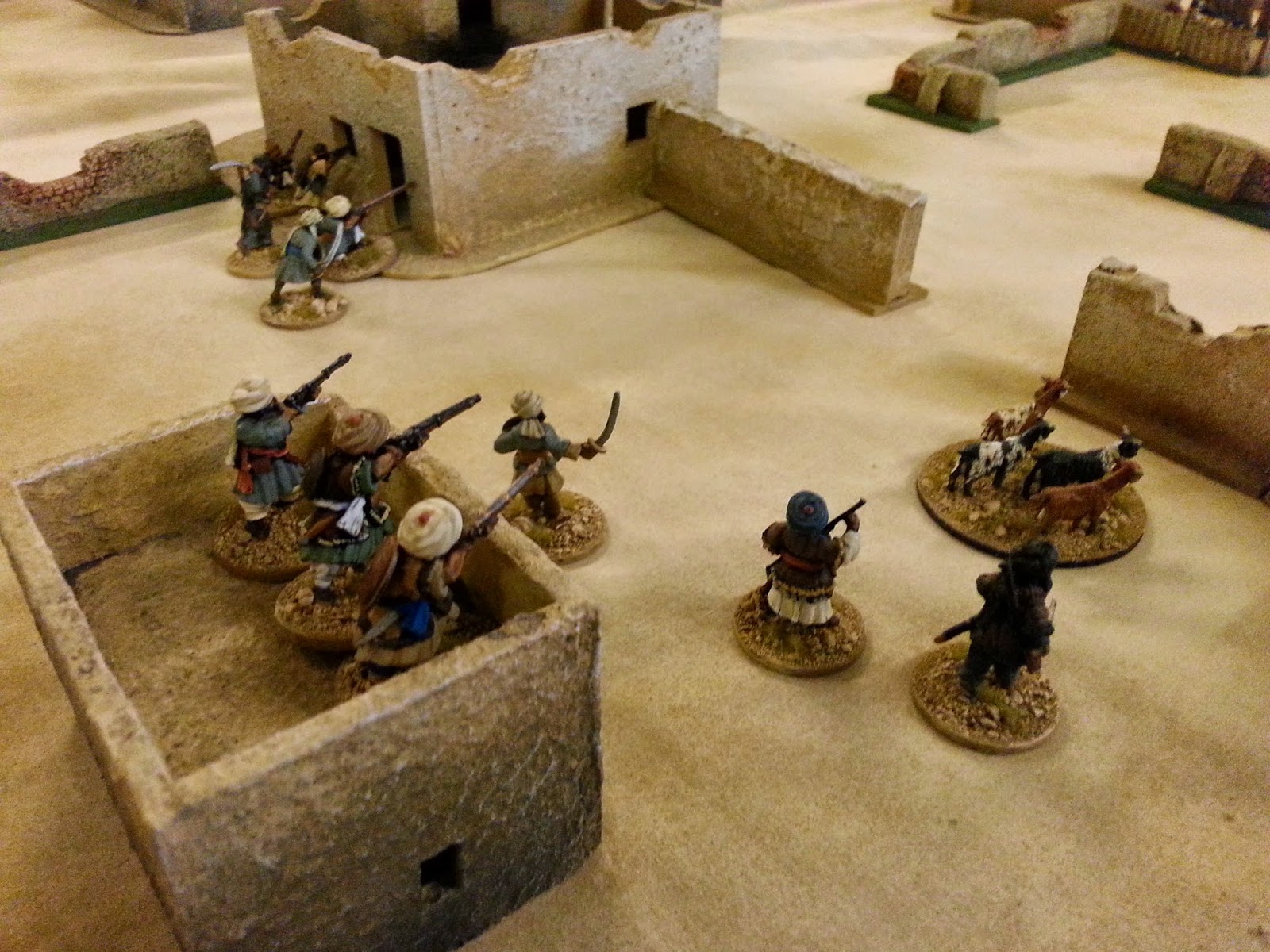 Our first thoughts were that things would progress sloooooowly. However, Rodger was an excellent MC in the opening turns and kept us moving at a steady pace and the game ran very quickly indeed.

The scenario involved a British force sent to the tower of Sherbert Dab to remove a flag that was flying there and serving as a rallying call to the irregular forces in the area. Our Pathans were out to stop the infidels from achieving this aim. 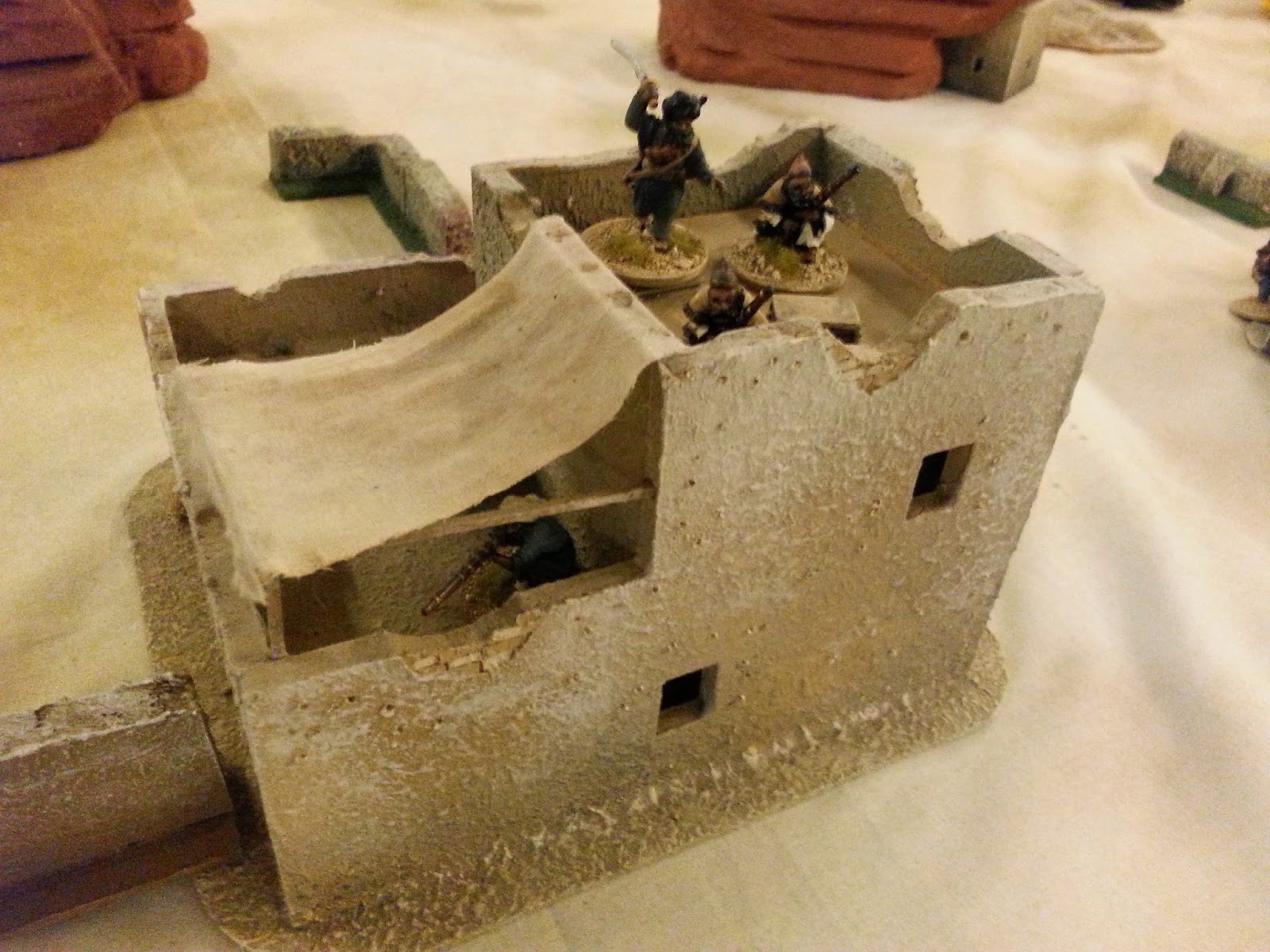 All went well initially and we had secured the tower when disaster - and a marksman's bullet - struck! The flag was shot away from the pole (requiring a treble six to be thrown!) and it luttered away in the breeze Fortunately it fell at the feet of a Pathan tribesman who grabbed it and began a sprint back to the tower. Bullets flew, Pathans were struck down, infidel British and their native lackeys were shot down in a veritable bloodbath quite in contrast to the relatively genteel preceding turns as our brave lads formed a "relay" to get the flag back to the tower. Alas, although we got the flag back inside the tower "last orders" was called before we could get it back to the top and so the game was declared a British victory. Damn the infidels!! 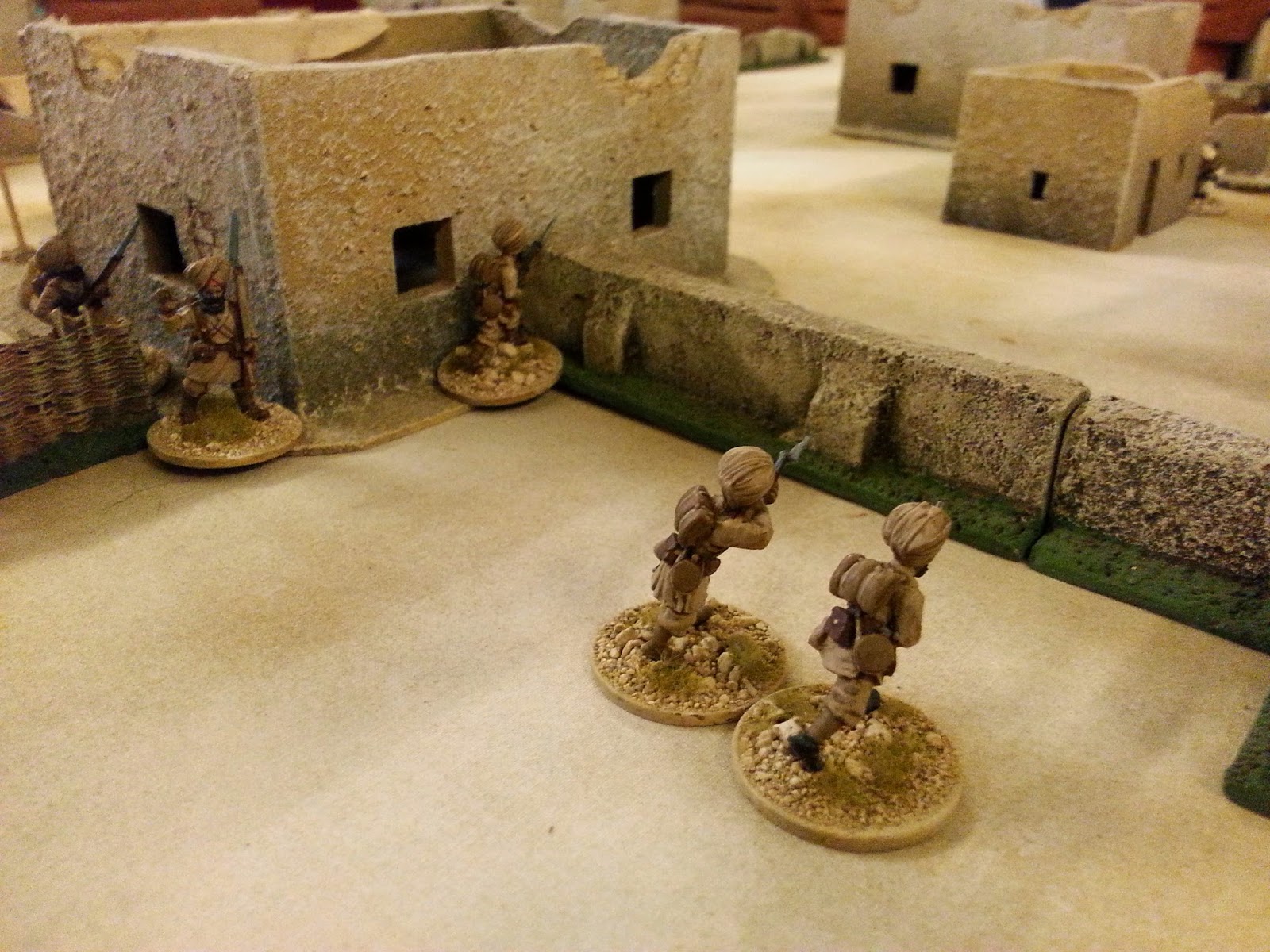 As always Rodger provided some gorgeous 28mm figures and the game was both great fun and extremely funny (that may also have had something to do with the main topic of side conversation - don' mention curry, red wine and yoghurt!!) 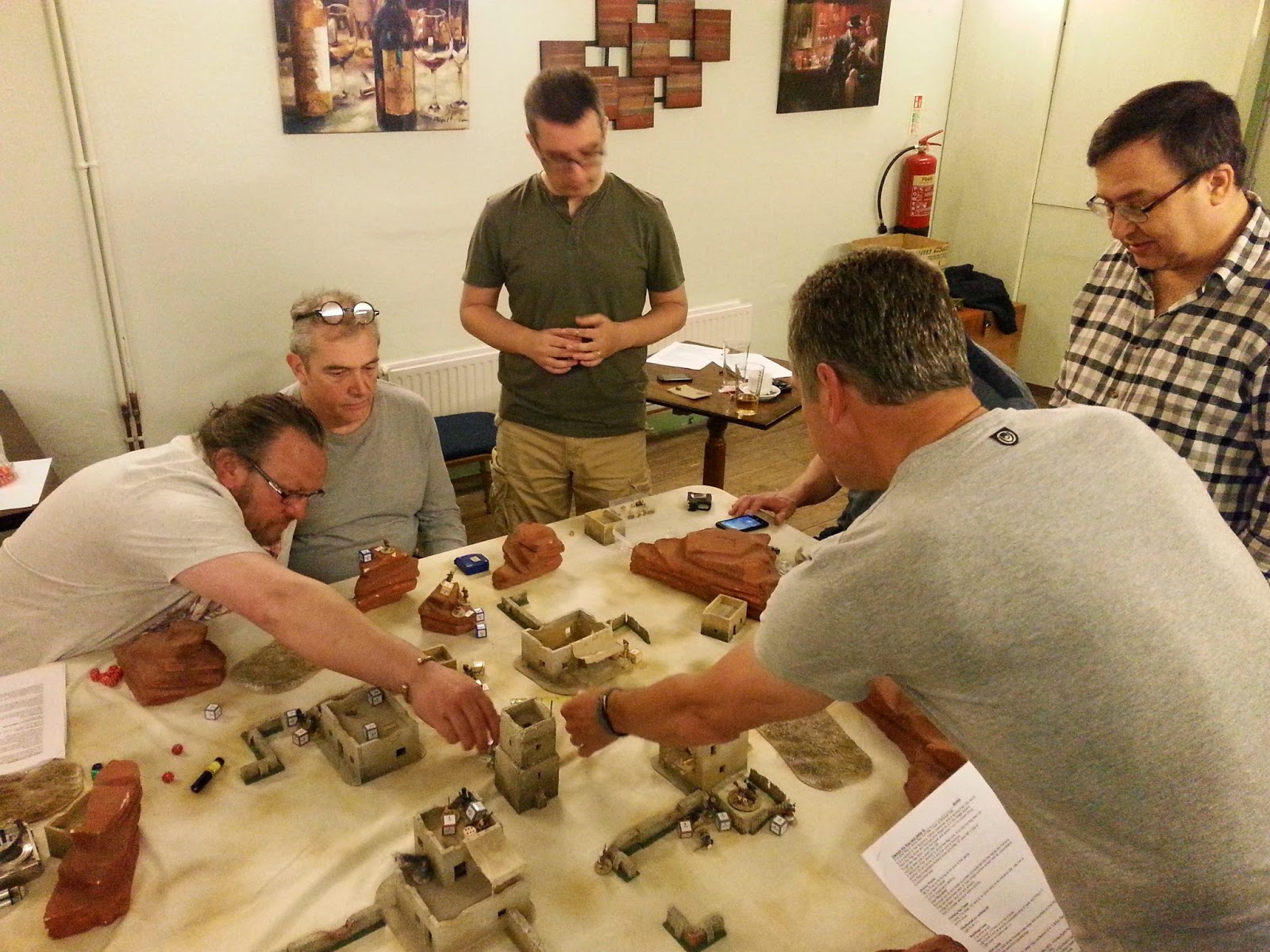 All being well its back to the NWF next week too.

I've recently got involved in a few discussions on markers in wargaming, things like smoke and flame markers and suchlike to denote burning aircraft and ships. One of the discussions surrounded this piece: 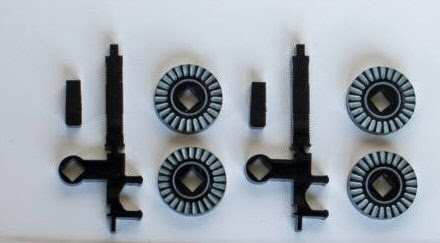 Its intended to show jammed guns on aircraft in Wings of Glory. Seven bucks a set. Now, I can see why some sorts of markers make sense on wargaming tables. Things like fallen masts and fired broadsides in naval games, flame and smoke markers more generally, but things like this I really can't see the point. and for two reasons.

1) In Wings of Glory a gun jam is announced. Thats fine, but the player whose guns are jammed has markers on his aircraft card that keep track of the number of turns that the jam is in effect. Why make it easy for the opposition? Let them remember if an enemy's guns are jammed.

2) I really can't see the appeal of any markers on a table that aren't essential and especially when they are "cartooney". The old "Fire and Fury" rules had the right idea, with models used as markers (for example a reloading soldier for units low on ammo, a broken artillery piece for damaged batteries, a charging officer or standard bearer for units on a breakthrough). Casualty figures to denote morale and losses are OK, but there seems to be a growing fad for markers denoting every flippin' effect and with that tables that are being increasingly cluttered with largely irrelevant ephemera.

I think some of it has to do with the "ooh, shiney" effect, which in some games seems to be quite prevalent. If something is released, whether official or not, you just "have to have it", whether it really serves a useful purpose or not. But to me, a lot of this stuff just detracts from the game, especially when you are playing with beautifully sculpted and painted miniatures and terrain. You might s well just be playing a board game with cardboard counters.
Posted by David Manley at 06:13 2 comments: