The Battle of Fukuda Bay

Its the 456th anniversary of the battle of Fukuda Bay, the first engagement between European and Japanese warships fought this day in 1565, so I decided to celebrate with a free scenario download on Wargame Vault for my "At The Height of Battle" rules. Its a fun battle - two Portuguese round ships versus a horde of small Seki Bune and Kobana, fought on a small table over a limited number of turns.

You can find it here is you are interested :) 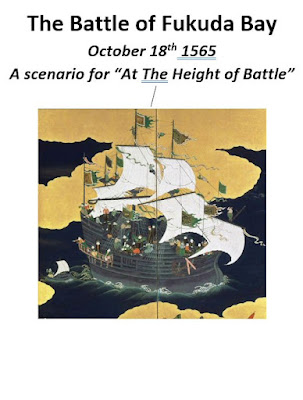