last week saw me enjoying a few days of R&R, renovating my 1/600 WW2 coastal forces collection. In amongst replacing broken masts, fixing broken gun barrels and basing 40-odd ships and boats that needed doing I also built a pile of models that have been languishing unmade for some time (in some cases 20+ years). Chief amongst these were a handful of Yugoslavian partizan "Tiger Fleet" craft from PT dockyard. These are lovely characterful models, albeit tricky to build when it comes to the various deck guns. But the Adriatic has always been a "thing" for me as far as WW2 coastal is concerned so these were a must have. 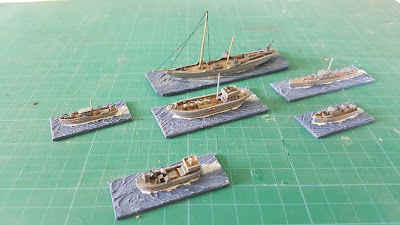 Also in there is an old SDD caique, which works well for either a partizan or a commandeered Axis armed transport. 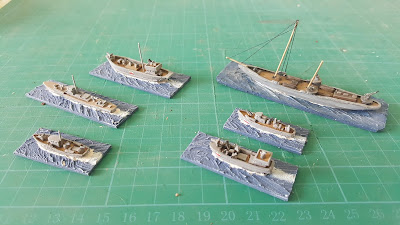 Lovely little models, and hopefully appearing in action at the Berkeley Vale club in the not too distant future :) 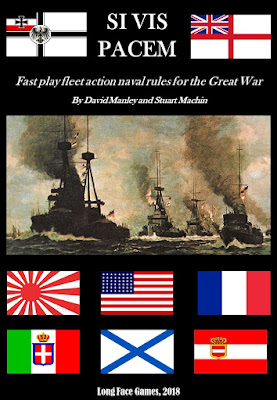 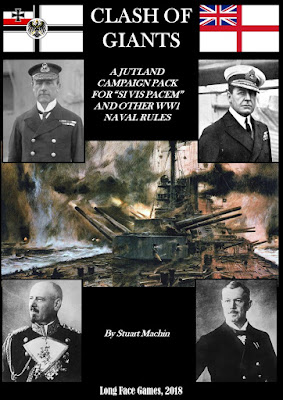