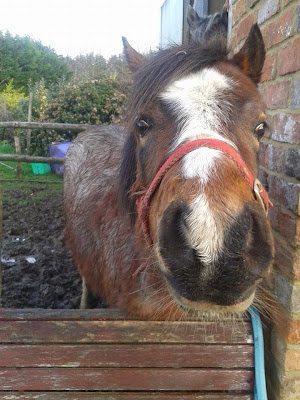 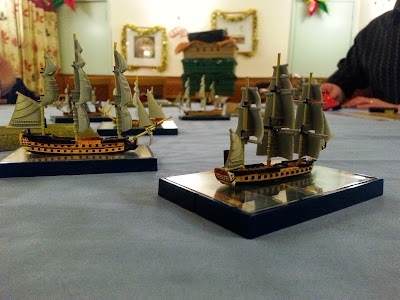 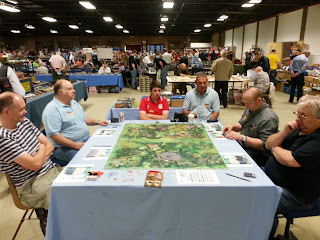 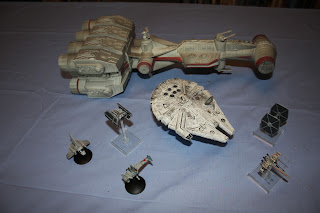 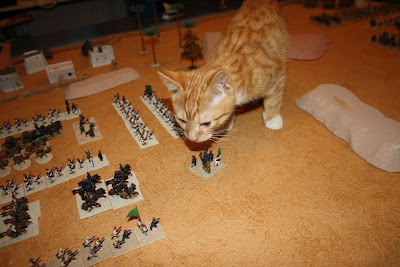 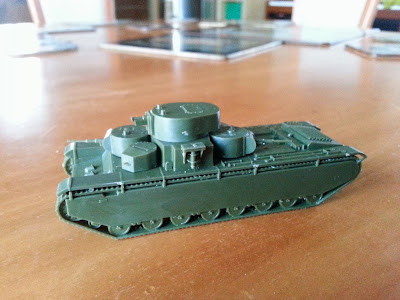 As usual the end of the year sees me finishing off various painting and modelling projects that stalled during the year. Or even in previous years. This year is no exception and in the last few days I've sorted out:

And I've just kicked off painting 32 Peter Pig Bashi Basouk cavalry (although I would not be surprised if they are still on the painting table this time next year!)

So, a busy few evenings. And still one more to go before 2013 comes to an end (although it is games night at the Berkeley Vale club tonight so little chance I think). 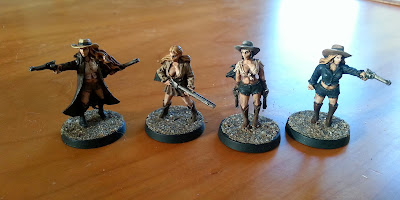 My posse for the Berkeley Vale western gunfight games :) 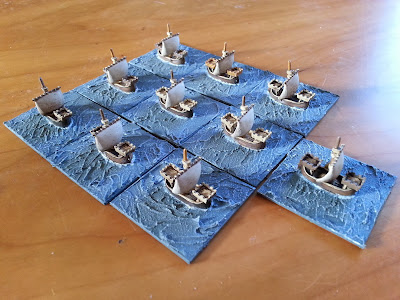 These are the new cogs from Ral Partha Europe. Very nice, and I may be getting a few more :) 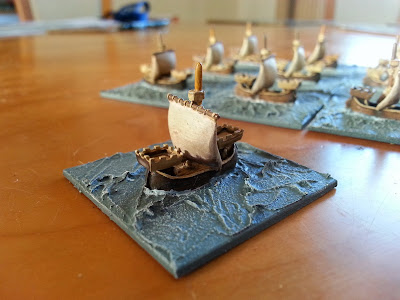 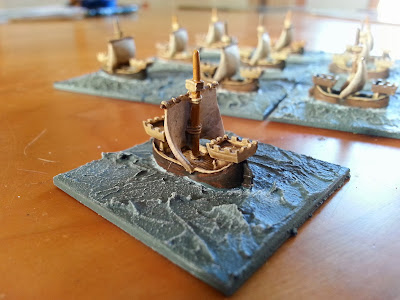 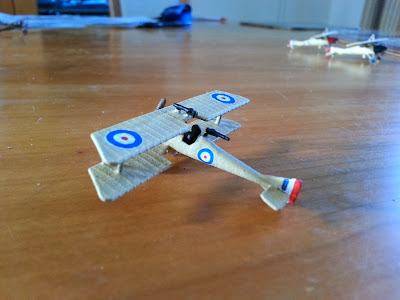 And a Shapeways Morane Saulnier BB - there should have been two, they only sent one. replacement coming :) 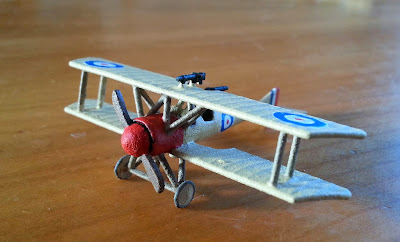 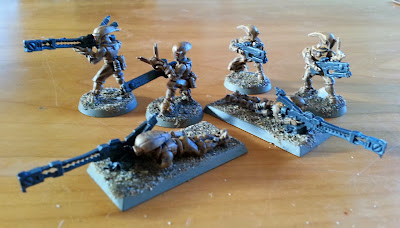 The Tau snipers. A snap buy on Ebay last January for a quid :) 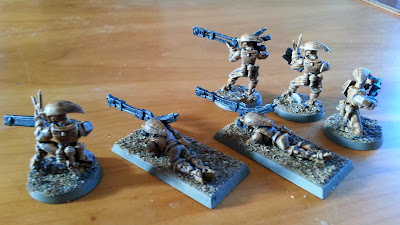 I do rather like the Tau. Very businesslike compared with most 40K stuff :)

Hello readers, and I hope you have all had a very happy Christmas. Santa was kind to me this year, with a new tablet for whiling away the hours with movies and ebooks on my various trips across the globe, a new book by Susan Rose on medieval navies, and a reading light for the lounge so that I can enjoy my library collection during the gloomy winter months whilst swinging in my hammock. Also some nice socks and ties, and large amounts of chocolate (including a stack of Tunnock's caramel bars - yum!)

Anyway, on to the subject of today's post. Inspiration comes in many forms, and it hit me whilst I was drinking a rather grim cup of coffee in the restaurant at NATO. Disaster relief had been high on the agenda at the day's meetings and so my thoughts were in the Caribbean. Being a naval wargamer they then drifted to the collection of 1/450 pirate ships from Peter Pig and I inwardly lamented the lack of terrain pieces to accompany those lovely models, in particular shore batteries and forts. I had already scratch built a couple of open batteries, but what PP really needed to add was a stone fort. As I opined to myself my eye was drawn to the plastic lid of the cardboard coffee cup. And in there I saw my inspiration. The coffee was finished (bloody hub of Europe, representatives from 20+ nations and you can't get a decent sup of coffee), the lid carefully put away in my case and then packed for the trip home and, on Christmas Eve in between bouts of wrapping Fort Barrista was created. 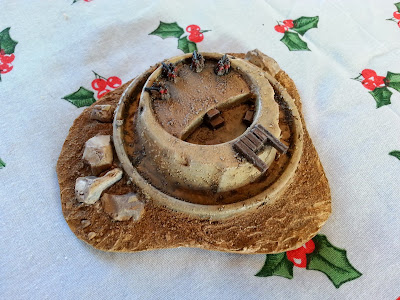 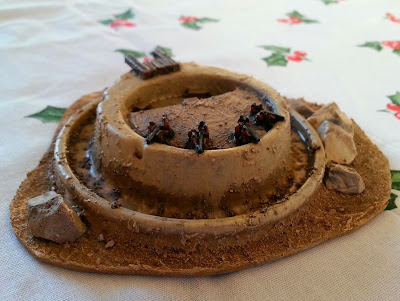 The fort, as you can see, is essentially formed entirely from the coffee cup lid. The imprinted text on the lid was obscured with polyfilla and the drinking hole covered with a wooden construction davit fr lifting guns up to the fort. The whole thing was stick on a sheet of heavy card cut to form a small island, the base sculpted with more polyfilla, decorated with a few small stones from the garden to form rocks, and then sprinkled with sand. More sand was included in the paintwork for the outer walls to give them a slightly rough finish, the original plastic appearing too smooth. The gun deck was finished off with a few spare guns and crews from the Peter Pig "Pieces of Eight" range. The end result was just what i was looking for. 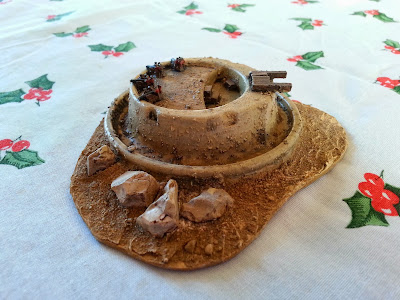 Of course now I'm on the hunt for larger coffee cup lids to see about building a larger fort. But for now my PP pirate ships have a  shore based opponent that will give them a run for their money!
Posted by David Manley at 11:08 5 comments:

Email ThisBlogThis!Share to TwitterShare to FacebookShare to Pinterest
Labels: 1/450, privateers

Sails of Glory - Mind That Island!

As some of you may know I have been lucky enough to get hold of a production copy of "Sails of Glory" - as far as I know the first such copy in the UK!  I must say I am impressed at the quality of the finished article. The card components in particular are thick and nicely cut, and the box provides ideal storage for the game and components once its all opened up and punched out. I also received the five damage chit bags that were available through the Kickstarter - again very nice. Of course, having put the counters in the bags the volume of the ensemble is too great to fit in the box but I'm using a second box for other bits and pieces, a laser printed copy of the rulebook, mats etc. so tats no great shakes.

Anyway, I took the game along to the Berkeley Vale club this week. A couple of the guys there have played before using the pre-production set. This time I had six players plus me umpiring. Two frigates, one SoL each side. The Brits took a quick look at the stats and realised they were on a sticky wicket (those cunning Euros have used nice weak British frigates and SOLs as their first releases, and they generally don't stand up too well to the bad guys), and so they started calling for carronades and higher rates of fire (knowing that I have devised house rules for these aspects). However, the evil umpire insisted on "rules as written". 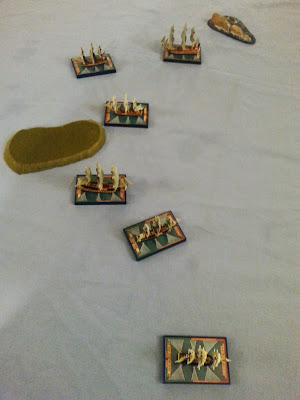 We played on a 6' by 8' table, just a few small islands and rocks - four small pieces. Of course these acted as ship magnets. The RN moved to secure the weather gauge, the French firstly thought it would be good to ran their SOL with one of their frigates, park said frigate alongside the British SOL and then run their second frigate argound. Brits at this point realised that lower ship stats can be mitigated by fighting enemies who (a) can't drive and (b) ignored the briefing at the start of the game, which included "keep away from islands", "keep frigates away from enemy SOLs" and "don't hit each other. 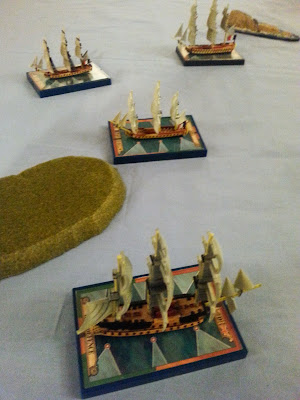 In the end the poor French SOL commander decided discretion was the better part of valour and headed for the hills once his mobile frigate struck and his second supporting ship was stuck on the putty.

Interestingly, whilst we were using the full gunnery rules, no-one wanted to use any ammo other than roundshot. 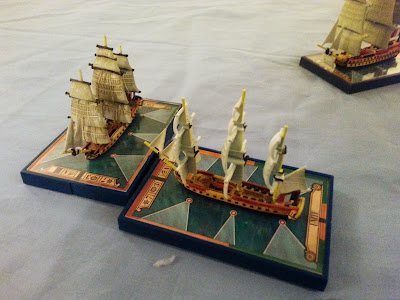 Anyway, another four players who hadn't tried the game were sucked in and we are now planning an episodic campaign, hopefully running irregularly through 2014.