Yesterday myself and a team of intrepid aviators from the Wings of Glory Aerodrome Avon and South Wales flights took the game along to the IPMS Avon show at the Thornbury Leisure Centre. This was the first year the show had been held at Thornbury and the first year that wargames had been included. We spent a very happy day introducing new players to the game, running through dogfights, photo recce and and bombing missions, met a lot of old friends, and saw some of the newbies who had played head over to the trade stands in search of starter sets, and some older hands to some of the plastic kit stands to hunt down the Valom 1/144 plastic and brass kits of the Sopwith Pup and Fokker D.VII

But our day was topped off nicely when Craig Austen (the wargames organiser) tipped me off that we had won the award for "Best Participation Game" at the show! We were the recipients of a certificate and a very nice trophy which will have pride of place at our Gloucestershire aerodrome for the year before it is returned to next year's show. 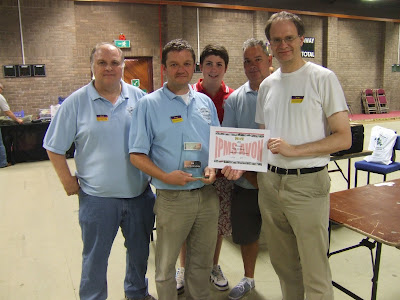 Here we see Chris, myself, Bobby, Mark and Stuart posing for the camera after receiving the award. 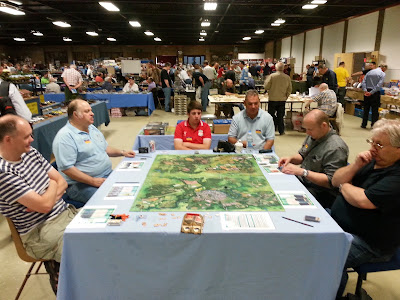 The game was busy all day. Newbie players mixed with old hands for some tense aerial dogfights over the Italian Front - made a change from the Western Front and gave us a chance to field some of the new Ares Hanriots and Aviatiks. 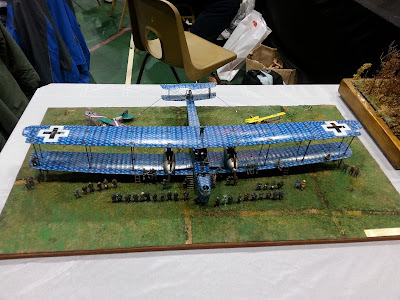 Elsewhere in the show there were some lovely large scale plastic models, including this excellent Zeppelin Staaken 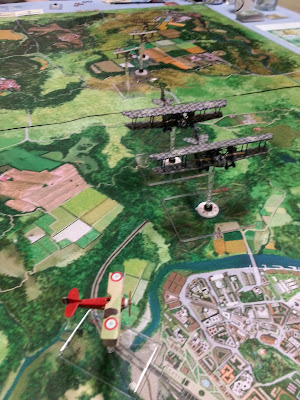 Our favourite mission, run several times, sees a couple of AEG G.IV bombers attempting to bomb a city whilst 4-5 Entente fighters try to stop them. In this first game the bombers gave many of the attackers the slip and got through OK 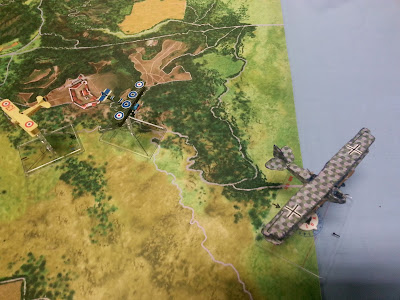 In the second bomber mission we upped the ante with more effective Entente fighters. This time the first AEG went down short of the target. It looked as though #2 would suffer the same fate, especially when his rear gunner was killed. But bombs hit the target and the aircraft snaked its way back, downing one Camel and dodging incoming fire from the second and a Spad XIII - the bomber against all odds escaped from the table with a single damage point remaining.

So, a fun day, and the organisers seemed pretty happy, with them hoping that we would be back for next year (which we will, probably with Sails of Glory as well). The venue itself is lovely, very large, airy and bright, and with a good mix of wargaming, model and modelling suppliers in attendance. Looking forward to next year's show already :)

Posted by David Manley at 18:59 No comments:

Email ThisBlogThis!Share to TwitterShare to FacebookShare to Pinterest
Labels: 1/144, Shows, Wings of Glory, Wings of War 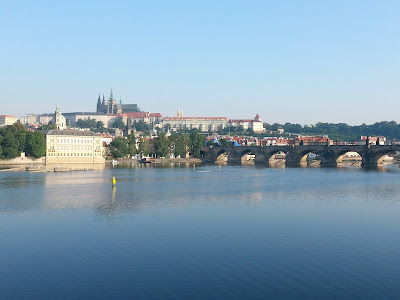 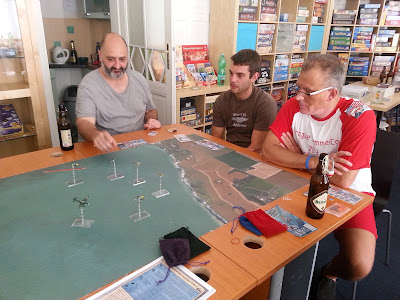 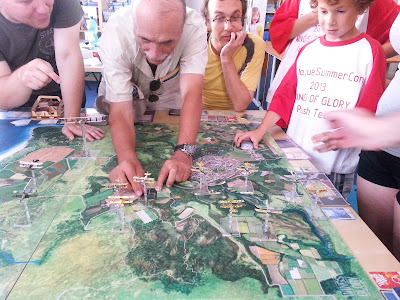 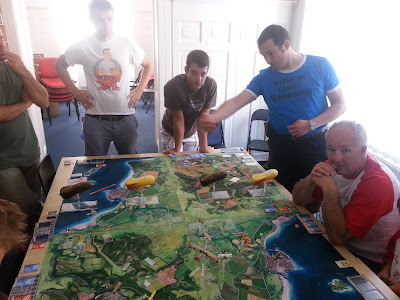 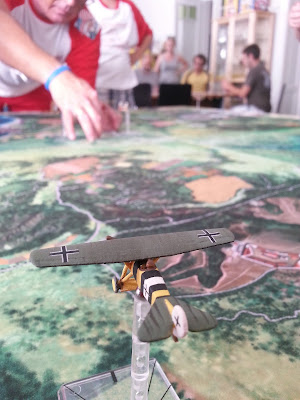 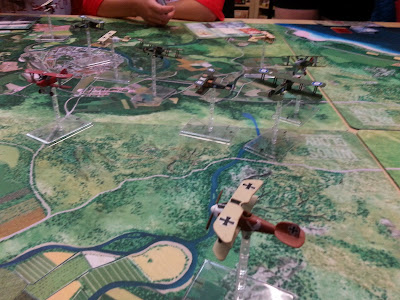