So, as 2016 (a truly dreadful year) comes to a close we have the traditional review of “the plan”. How did I do this time?

1) River Plate at the Naval Wargames Show
Success, at least in terms of preparation. All the models were completed, two sets of rules sorted out, long tape measures sourced, large flags to stick in the lawn of the museum made. Alas the weather didn’t help, with rain coming just as we had set up so the game was scrubbed. But at least the preps were completed and we got some photos of the game to show what it would have looked like. I may try to run this again in 2017. 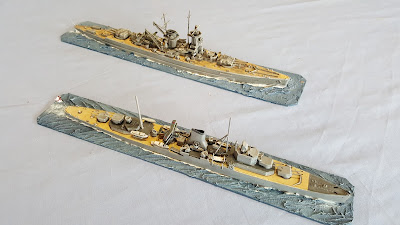 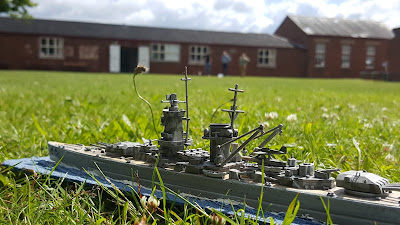 I got  a bit of his done. Some models spruced up and a batch of new ones purchased when Stuart Barnes Watson sold off his collection. I also got my North and South Korean models finished off (inspired by my visit to Pyeongtaek in the Spring). Ore work needed here in 2017 though.

3) Form Line of Battle
Almost total failure, with none of the projected models sorted out. I did however manage to refight the 1811 battle of Lissa on the island of Lissa (now Vis) during the summer. 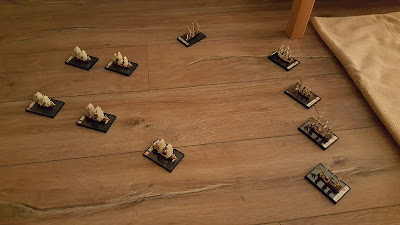 4) Pre-Dreadnought
A big push here at the beginning of the year. I painted up my Chinese fleet and then sorted out US, German and Italian squadrons as well as sprucing up my French and British. The rules are working OK and I’ve sorted out a WW1 version as well which seems to give sensible results and plays very quickly. Not much progress on the campaign rule front, although what I have for the RJW seems to work well as is. Another area for progress next year.

5) Burma Skirmish
No, I didn’t sort it out at all. However, I did work on an alternative….

6) Iron and Fire
My remaining 1/600 ships were duly painted and completed, and a clutch of new models bought in. other than that, not much progress and the formalising of the ship data for the Crimean War didn’t happen either. However, this period may be developing in another direction in 2017. 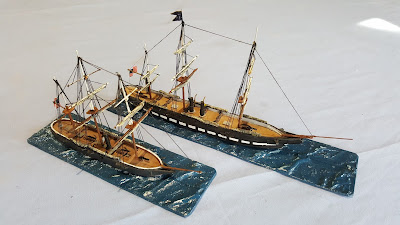 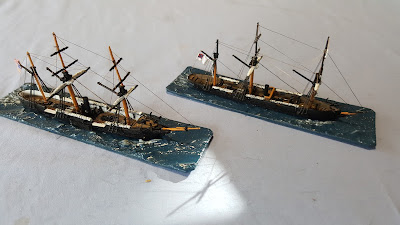 So, a pretty typical year in terms of goals hit and missed due to circumstances and distractions. But some of those gaming distractions were pretty successful in their own right, in particular….

Prompted by the 150th anniversary of the battle of Lissa I published a set of fast play tactical and campaign rules which have been moderately successful (and which have spawned a supplement covering the Second Schleswig War). They got a good run out on the 150th anniversary itself as we refought the battle on the island of Vis. The basic system is similar to that used in my pre-dreadnought set so I can see this being developed more in 2017. 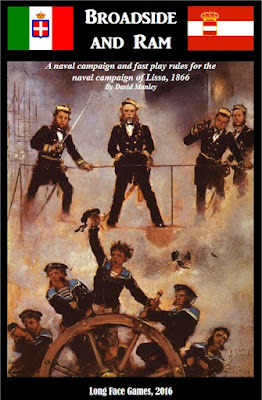 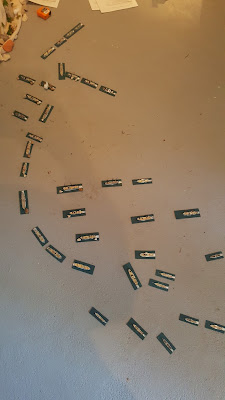 One of my favourite WW2 setups when I was at school was the Eastern Front in winter, with whitewashed tanks and troops in greatcoats or snow camo gear. In those days I used 20mm plastic models. I decided to recreate this, but this time in 15mm (taking advantage of the lovely models from Zvezda and PSC). So now I have a German and Russian force (both mustering a strong platoon or a weakened company plus supports) all painted up and ready, and after Reveille in November I also have a US force which needs some work to bring up to scratch. I also have all the terrain sorted, steadfast some roads and tracks. Looking to run this with Operation Warboard next year. 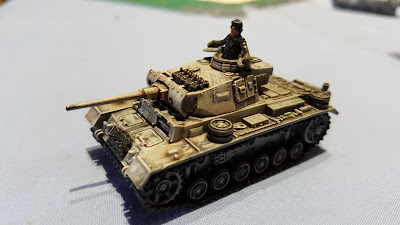 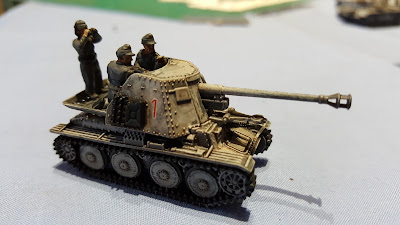 Other honourable mentions include: Wings of Glory (I attended a number of shows helping to run participation games and we won the “best participation game” award at the Thornbury IPMS show again (my 4th win in the 4 years that the show has been running with a wargame content), Medieval naval (a clutch of old models that were lost became found and finished off), 1/1200 ancient galleys (again a box of old models found and repainted) and last but not least my 1/1200 Renaissance galley project launched in December, something I’m really enjoying working on. 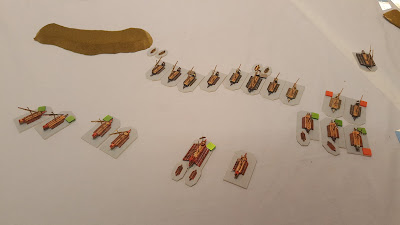 Other fun stuff this year included the Naval Wargames Weekend in Gosport, the Jutland centenary games at HMS Flying Fox and the National Museum of the Royal Navy. The Vis anniversary trip and a lovely Cod War game with my friends in Frome (which I’ve just remembered got me knocking up additional markers aircraft and a few ships for my own collection here). 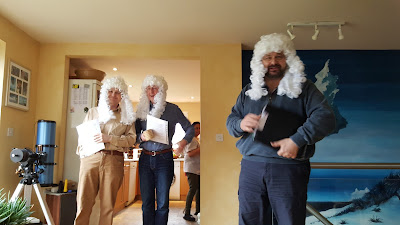 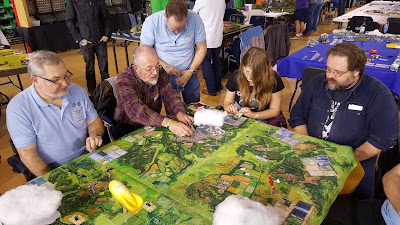 Wings of Glory at Beachhead in February 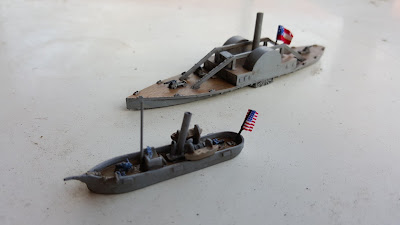 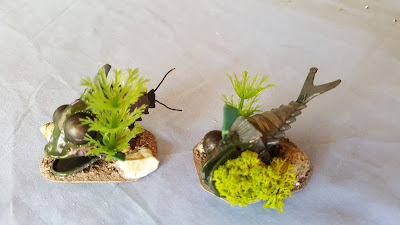 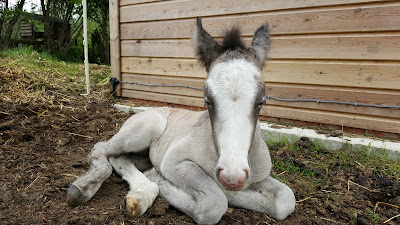 Louis the foal, born in May (and a real surprise when he appeared!) 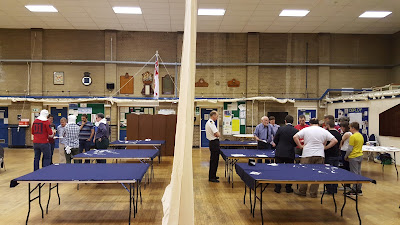 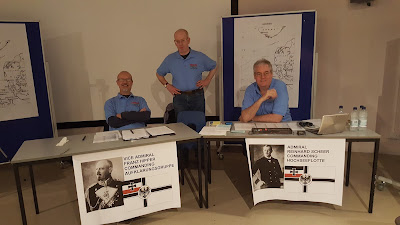 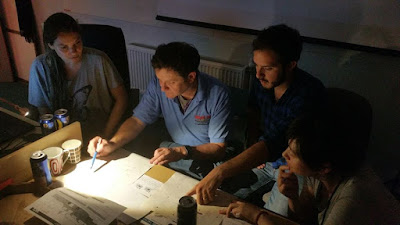 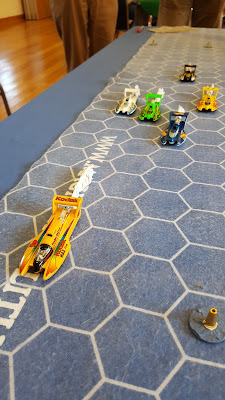 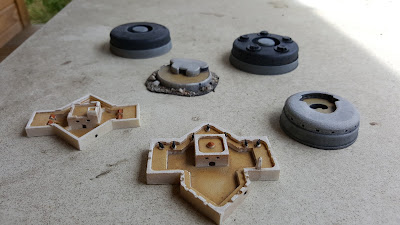 A collection of naval forts from Brigade, one of my painting "splurges" in the Summer 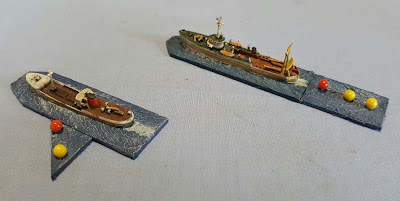 and some aviation assets for both sides (thinks - what happened to the Wasps?) 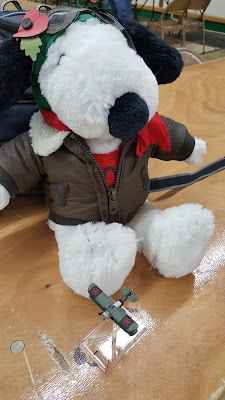 Snoopy and the biohazard Sopwith Snipe at Warfare in November

So all in all, not a bad wargaming year and plenty of distractions from various elements of “real world” nastiness that intruded at regular intervals. Now to plan for 2017……

A fun evening at the Berkeley Vale club last night and a welcome chance to get a game in after a few weeeks of enforced absence. Dave N and I took to the Mediterranean yesterday as we tried out my fast play Renaissance galley rules. "Lanterna", a set that some readers may be familiar with,  is a set I wrote some 15 years ago  which were featured in Wargames Illustrated, but which I had largely forgotten about in the intervening decade. A chance find of my old galley collection and a bag of unpainted models that had languished in a box for a decade got me painting up a new mass of ships and fired my interest in developing the rules further, so what we played with was a slight tweak of the original. 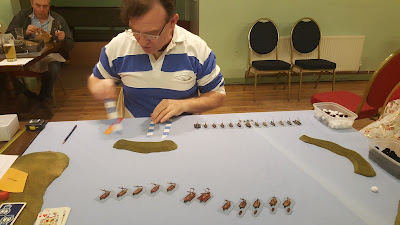 Dave and I set up between a string of islands in a fairly traditional linear formation. My fleet had the initiative in the early stages but I wasted the opportunity and over extended which allowed Dave to sweep in and fire the opening shots, which were quite telling as two of my galleys and my Lanterna (flagship) succumbed to incoming fire and were wrecked. I pushed ahead into melee with my right flank, my left holding off and shooting Dave's ships from a distance. 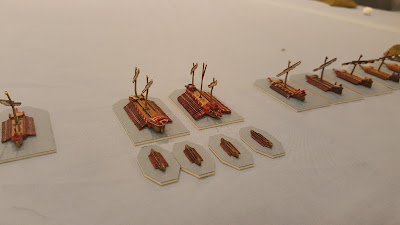 My flagship and galleass in the centre, a gaggle of bergantias in their wake 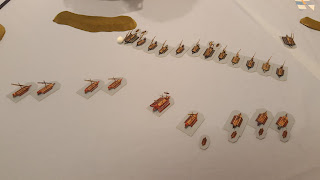 My right wing closes to attack. Gaps indicate loses in the gunnery phase of the previous turn, and where has my flagship gone?? (sunk!!)

On both sides the casualties mounted and for a while it looked as though my attack on the right was bearing fruit, but Dave's ships on his right shattered my left wing and my galleass (the Renaissance version of a battleship) succumbed to a boarding action from three enemy galleys and surrendered. As the battle ended my two surviving galleys on the right boarded and destroyed Dave's last Capitan (large galley), but were then hit by a hail of fire. With defeat inevitable my remaining ships surrendered. 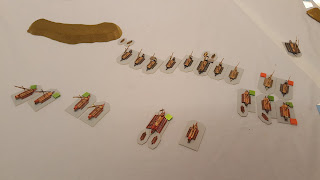 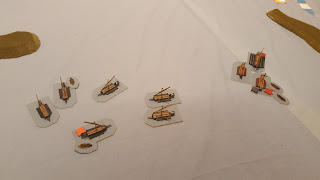 A fun and very quick game, played to a conclusion in about an hour (one of my aims was to have a set that was quick and easy to play, and suited to aa one day or weekend campaign). I think the rules worked well, as with all things a number of quick and easy improvements were noted and have been embodied in the next draft of the rules.

Thanks to Dave N for an excellent game.