So, how are we doing?


1)      More games – doing well, plenty of games at Berkeley Vale, and the odd Wings of War game at Cribbs, plus games at shows. I'm still hopeful of running a one-day campaign or two.

4)      X wing – All of my Micro Machines and other "non official" models are ready to play. Soft copies of play aids made up and printed as needed. And we've played a few games which have worked well.

5)      The Sudan – played  a few games at Berkeley Vale, but no progress on the modelling front so far. Bashi Basouks, terrain pieces and one new gunboat still to do.

So, 3 out of the six going reasonably well. Not bad. And better than progress against last year's plan at this stage I think.

Like many UK wargamers of my age I used to love watching reruns of Flash Gordon and Buck Rogers on TV during the school holidays, and the camp 1980s "remakes". So it was no great surprise to me to find that I splurged on a box of War Rocket Galacteer  miniatures from Hydra at the Reveille show in November 2011. Of course they then went into the "lead pile" and were forgotten until June last year. At that time I came across them again and, with a trip to the US coming up, I ordered the rules and some more ships (Imperial and pirates this time) and had them delivered to a chum in Manassas for me to collect. As before, after a good read through of the rules the models ended up "in the pile". My interest was piqued for a third time at Salute when I decided I did like the look of the Valkeeri ships and was going to shell out on a fleet but, alas, all sold out. Mail order was my friend, the models arrived a few weeks back and this time the assemblage stayed on mt games table. Last week I took the plunge, starting the Galacteers, Imperials and Pirates, and today I finished them and the Valkeeri, which I started during the week.

I must say i do love the retro look of these models. A classic blend of 1930s with more "modern" lines from SF movies and illustrations form the 50s, and a touch (especially with the Imperials) of the 80s - you can almost hear the Queen soundtrack whilst you are painting them!

So, Imperials first and it wouldn't be right to paint them in anything other than a classic red and gold detail scheme. These are my favourites form the bunch and I'm thinking of either converting one of the Class III ships into a closer representation of the "Ajax", or perhaps scratch building one (unless some clever soul on Shapeways does one, of course) 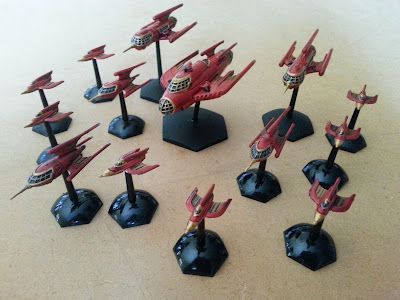 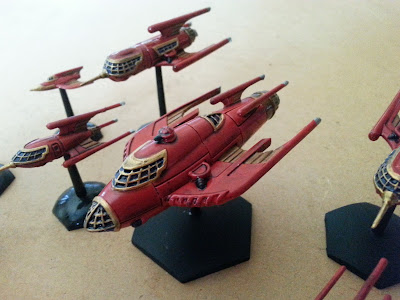 Next up the Galacteers. I went for something similar to the "official" scheme, but was looking at a model of Gerry Andreson's "Stingray" at the time I worked out the details and that has obviously had an influence. 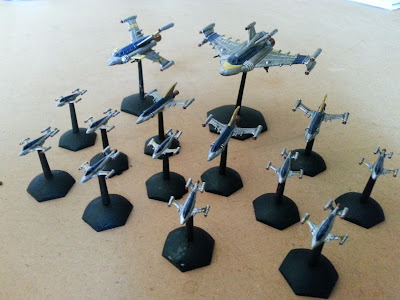 Latecomers to the party were the Valkeeri. There is something very aquatic about these, and I may end up with a few more for my planned "Stingray" game (which has been "planned" for about 6 years now). Anyway, I went for something completely different for these, virginal white with shocking pink trim. Ideal to lull their enemies into a false sense of security, as these are no fluffy bunnies in combat! Paint scheme I guess influenced by "Girls und Panzer" - which I think would make an ideal subject for an SFSFW parti game.... 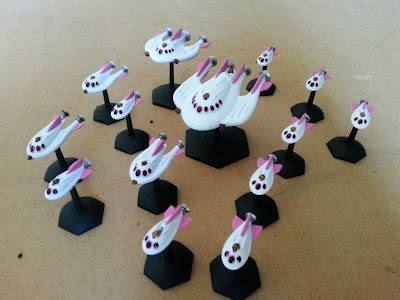 Finally, those pesky pirates. A smaller "fleet" this time, as befits their irregular status. They have rather nice, menacing lines. And the red bridge windows help the effect I think 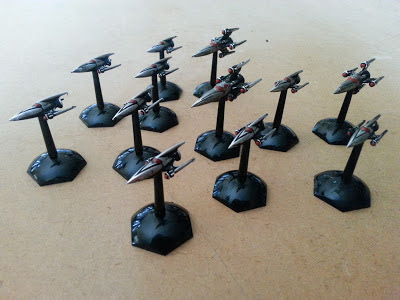 So there we are. Another painting project completed - although not one that was on my plan from the beginning of the year (I'm sooo easily distracted!!) With luck these will be pitching up at the Berkeley Vale  club sometime soonish.

Once I've found the rulebook. 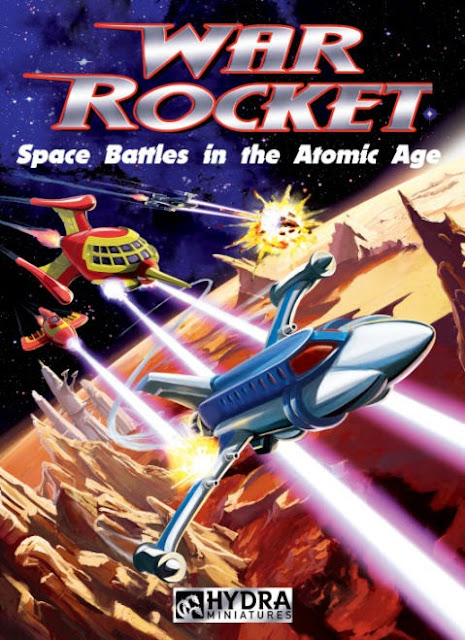