One of the things that has struck me about torpedoes in Cruel Seas is just how ineffective they are. The chance of hitting is low, and that fine (the RN's hit rate with torpedoes from coastal forces craft was about 26%). Rolling for dud takes out a few more successful interceptions and then on to the damage.... 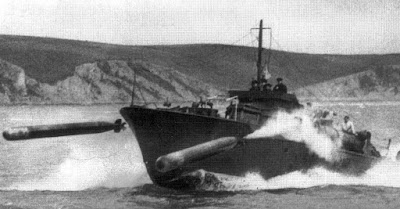 At this point it gets a bit strange, with trawlers and minesweeepers often surviving two and sometimes three hits, from weapons that would routinely put a fleet destroyer on the bottom. Rolling 16d6 gives an average damage score of 56 and a maximum of 96. With average die rolling it is quite likely that the destroyers in the game will be able to take 3, possibly 4 hits. And whilst doing so they suffer no ill effects other than damage point loss because torpedoes don't cause critical hits.

In actuality a torpedo hit on anything smaller than a battleship was a REALLY BIG DEAL, and on a destroyer or smaller warship the chances were more than likely that the ship would sink outright from one hit. I appreciate that to help the "game" aspect Warlord didn't want players to have their large models killed outright and hence the damage effects were toned down, but in a game about torpedo boats I feel they have been nerfed way too much. MTB and S Boat players need to be rewarded for getting their boats into the right place to execute their attacks, hence I'd like to propose an amended damage resolution system. 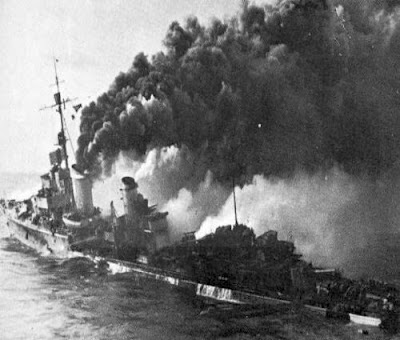 If a torpedo hits a medium or smaller sized vessel that vessel is sunk immediately.

If a torpedo hits a Large or Huge ship roll a D6, add 1 if the ship is Huge.

On a 1-3 the ship sinks. Her back is broken and the ship slips quickly beneath the waves

On a 4 the ship is crippled. She loses 90 DP and stops dead in the water

On a 5 she is critically damaged; she loses 70DP, takes 2 engine critical hits and suffers a rudder critical hit on a D6 roll of 4+

On a 6 or more she is heavily damaged, losing 50DP and one engine critical, and a rudder critical on 5+

As with my previous house rules these are a starting point, comments and suggestions welcomed

One of the byproducts of getting wrapped up in Cruel Seas - and also in continuing the development of my own new set of coastal rules - is that my interest in coastal actions in the Pacific Theatre of Operations has been piqued. Oh, and also from picking up a cheap copy of "They Were Expendable" on DVD just before Christmas.

The PTO was actually one of my first areas of coastal interest back in the late 1980s when I picked up a couple of boxes of the 1/700 Skywave fast attack craft set. This has a Vosper 72'6, German S100 and an 80' Elco, each in a stopped and high speed version. I had a few 1/700 Tamiya, Hasegawa and Matchbox bigger ships as well. When Action Stations took off in the mid 1990s the first demo game that I ran at the old Bristol wargames show was a Pacific game with these. But by then I was also hard over on games set in the North Sea, the Channel and the Med, and these using 1/600 models. The Pacific theatre stuff was consigned to a storage box where it has stayed pretty much ever since, until now.

Going through that box and a few boxes of "odds and sods" revealed quite a few damaged or unmade models that, with a little work, could revitalise my collection. So in the last days of 2018 and over the last couple of weeks I've set to getting them all sorted out. The results can be seen in the following few photos. I must say, I'm quite pleased at how these have come out in the end. Only 30 years in the making! 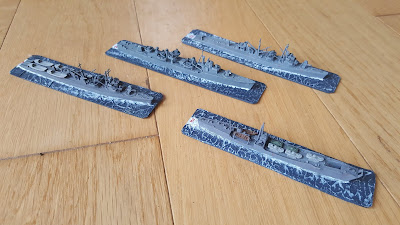 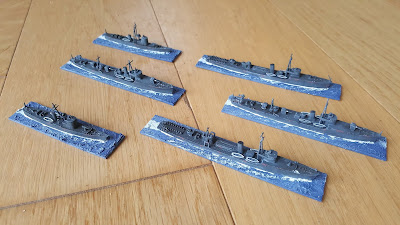 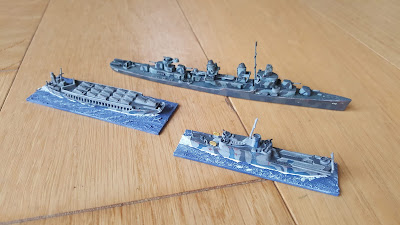 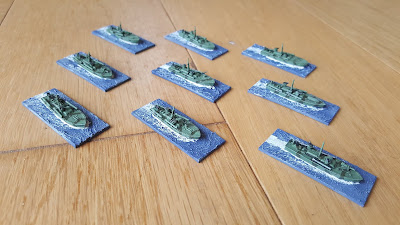 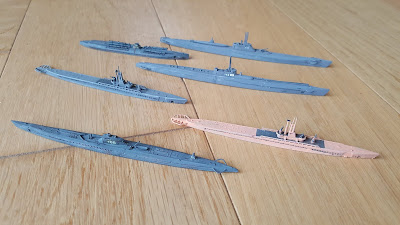 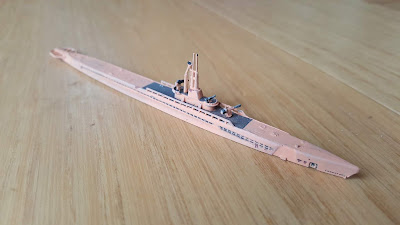 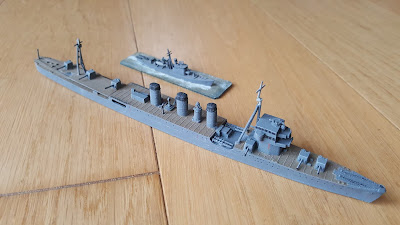 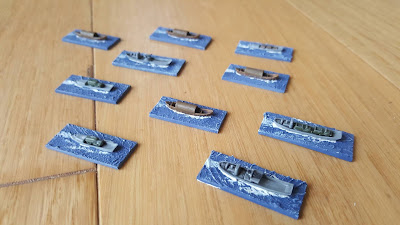 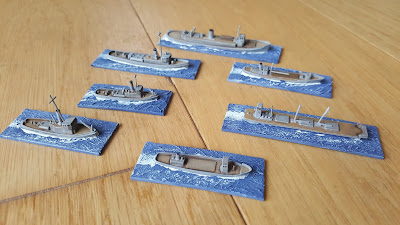 Happy New Year dear friends, I hope you have all made plenty of New Year resolutions which of course you will all stick to. I have only one resolution - 1366 x 768 :)

Anyway, in time-honoured tradition, here are my plans for 2019 which I shall of course achieve fully, and will not get side-tracked by new periods, shiny things or other guff.

3. "Action Stations" and "Iron and Fire" - I will complete a set of ship cards for both so that I can set up games from scratch more quickly

4. Stingray - as the NWS game for Salute this year I will renovate the game, add some new things I have been thinking about and generally get everything sorted for an excellent showing at ExCel

I'm only going for four main targets this year as I want to be able to focus. But I have a few "optional extras":

a) Sort out a 1/300 demo version of the new coastal rules. Nothing too fancy, just a few fast attack craft, gunboats and "targets"

c) Review my 6mm "Fire and Fury" collection and get some games in. I shelled out for 2nd edition and the regimental rules last year, I damned well need to use them!

And finally, I promise I will try to get down to the club more often. And I'm hoping Alan will give me hell if I don't :0