Wings of Glory at Doncaster

This weekend I took part in the first of what will hopefully be the annual meeting of UK Wings of Glory Aerodrome members, held at the South Yorkshire Air Museum at Donnington. 30+ Wings of Glory players mainly from the UK, but also with vistors from Poland, Belgium, France and the US battled it out in the skies of WW1 and WW2 over three large tables in the museum. I ran one of the games on the Saturday afternoon, the latest development in my "Wings and Waves of Glory" game, with coastal Motor Boats, a motor launch and a U Boat duking it out with a variety of German, British, Italian and Austrian seaplanes (OK, the nationality mix was a bit random there, but I wanted to get a variety of these oddball aircraft in play). 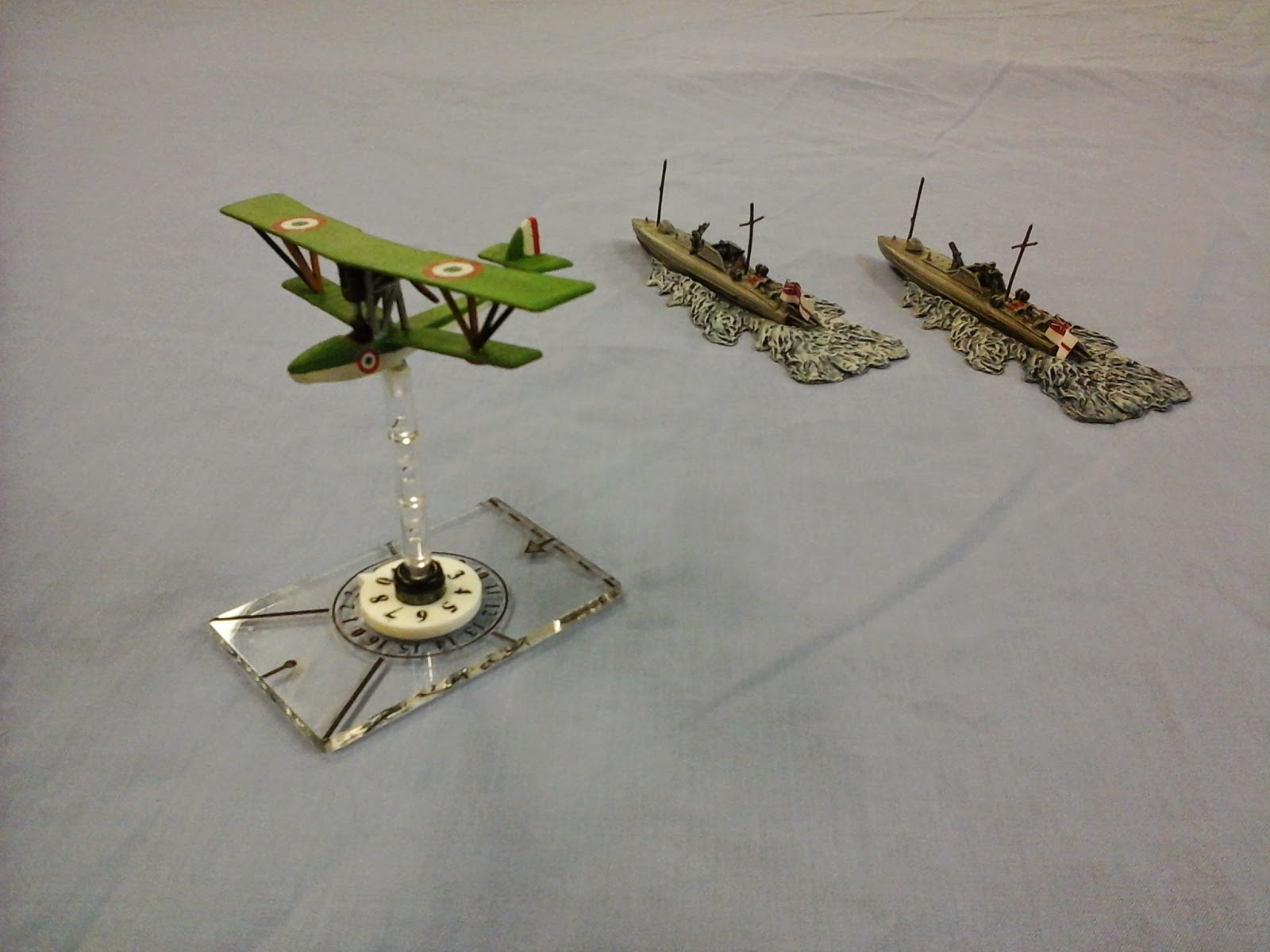 I had a basic set of rules covering the motor boats already, but nothing for the ML or the sub; these were quickly invented, written up and implemented, and they worked just fine. A good time was had by all, with carnage in the skies and one CMB shot up and sunk before the second sneaked in and torpedoed the U Boat. 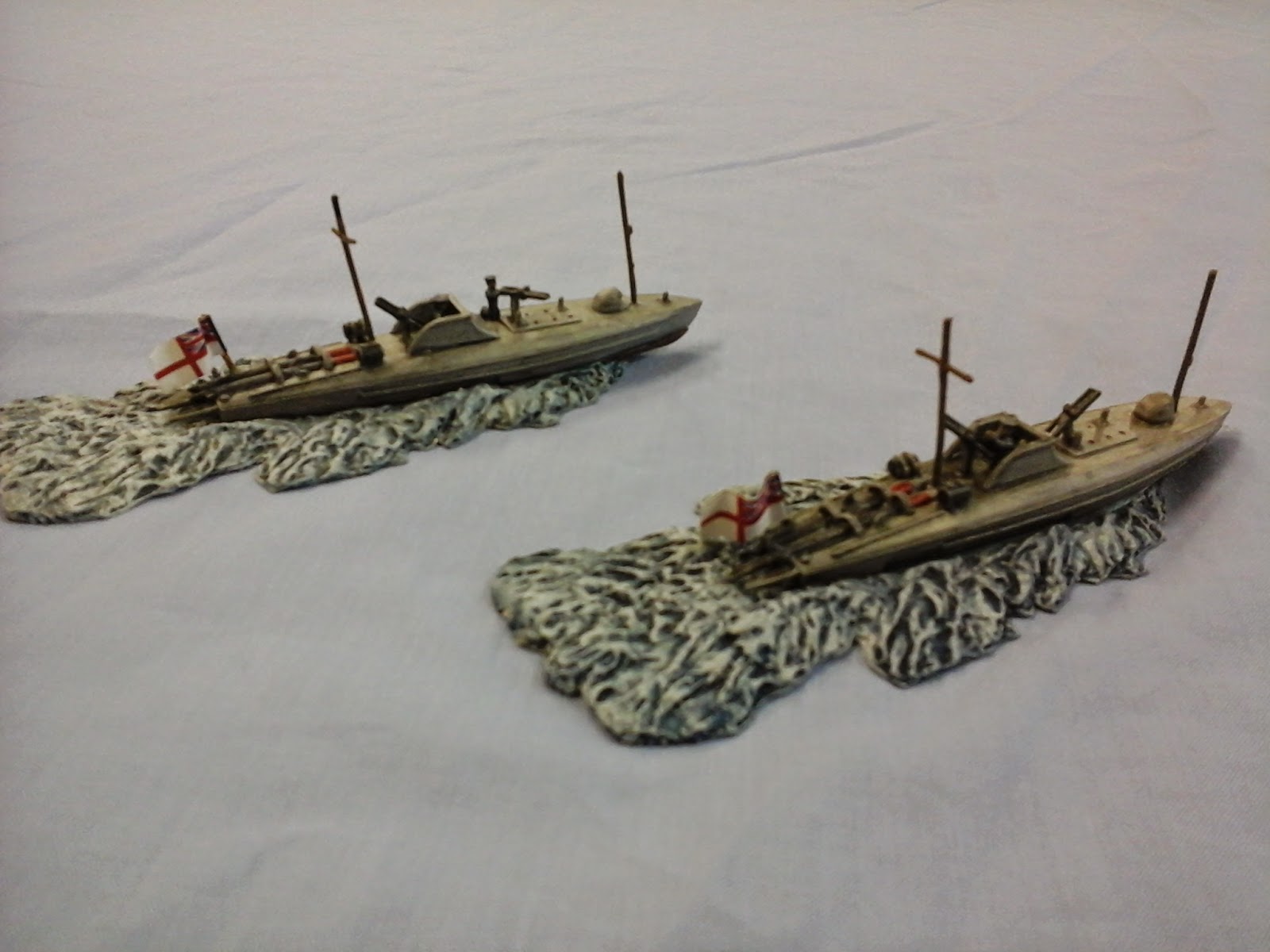 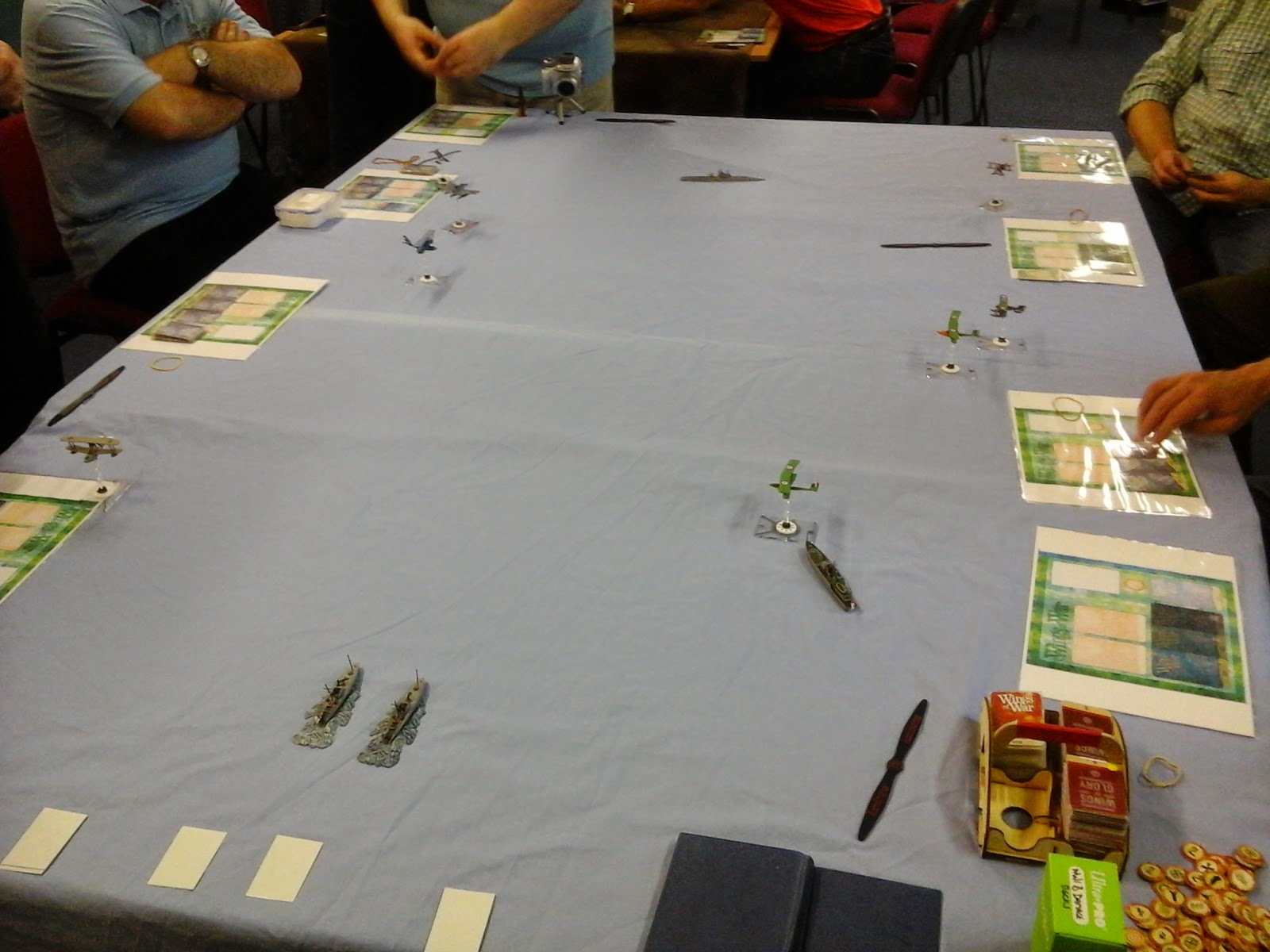 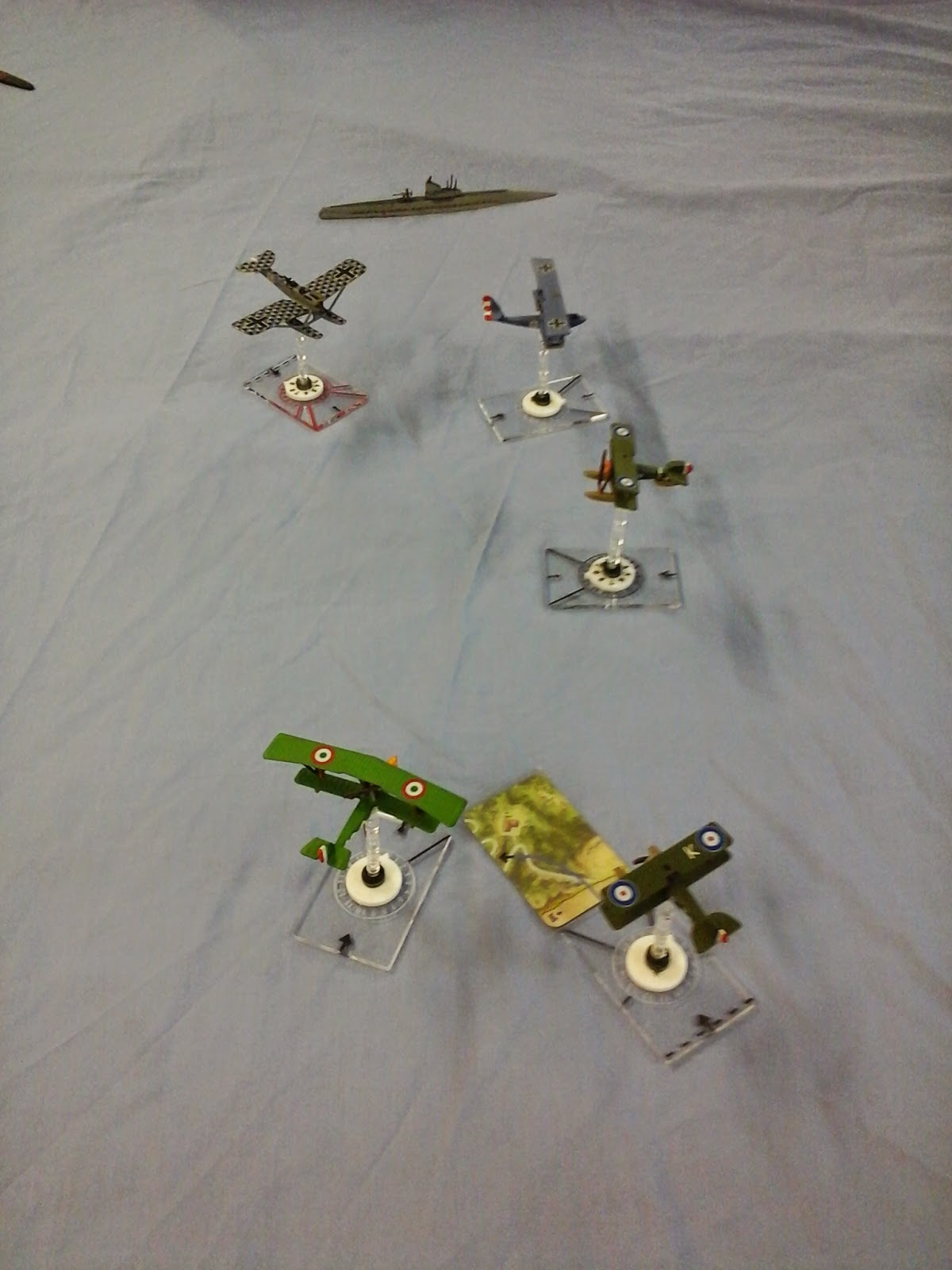 Alas I was thick with a bad cold all weekend which made the 5 (!) hour drive up from Bristol hellish, but which also fuddled my brain, causing me to forget to bring my phone (and its rather nice camera) so apologies for the poor pics, taken on my "alternative". I also managed to miss out taking pics of much of the rest of the event, although I did get some nice ones in the museum - which is lovely and well worth a visit if you are ever in the area, especially if you have an interest in the Falklands Conflict as they have a great collection of aircraft and other historic items, and a lovely memorial made in part from stones brought from various places in the islands. 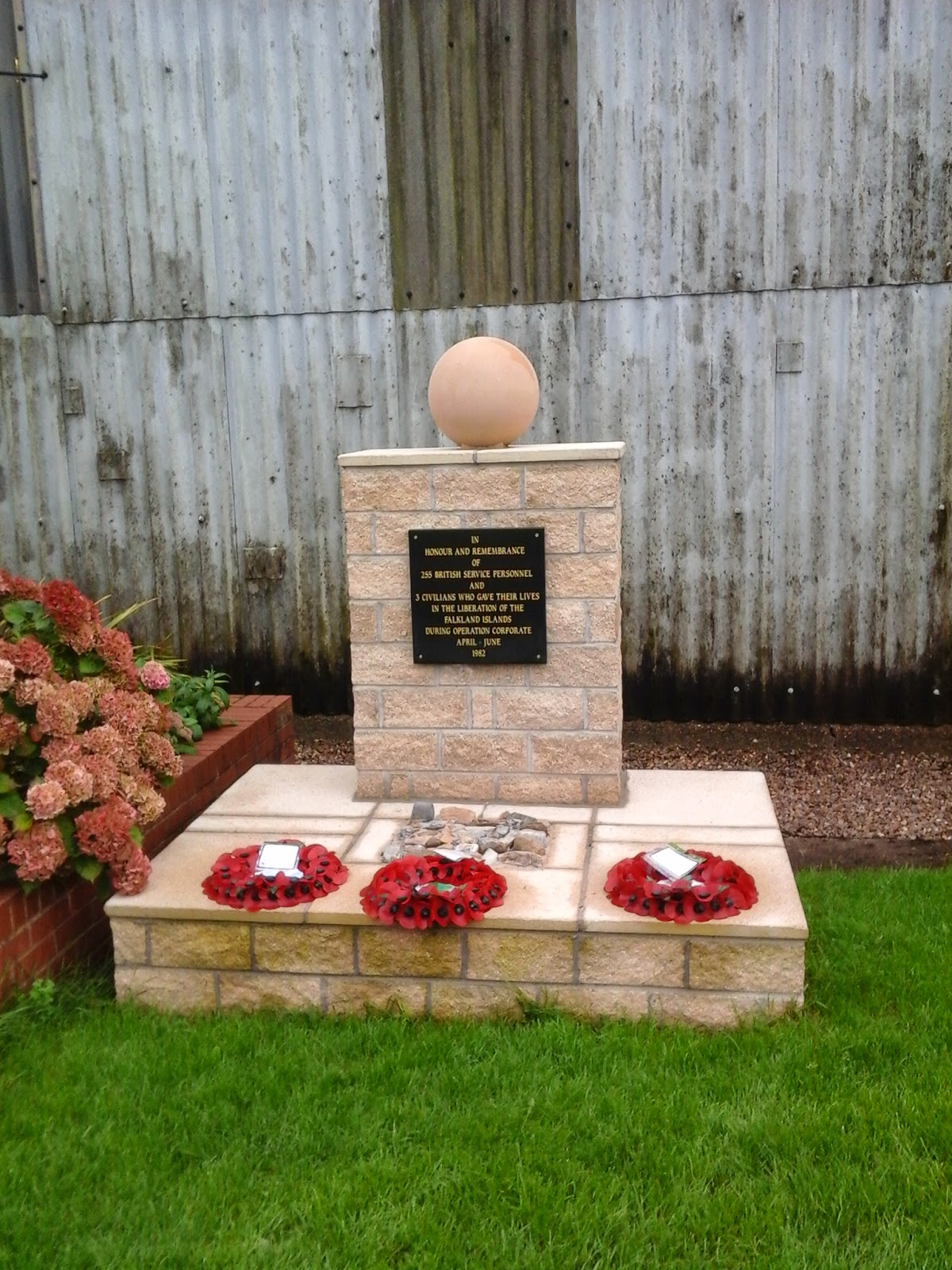 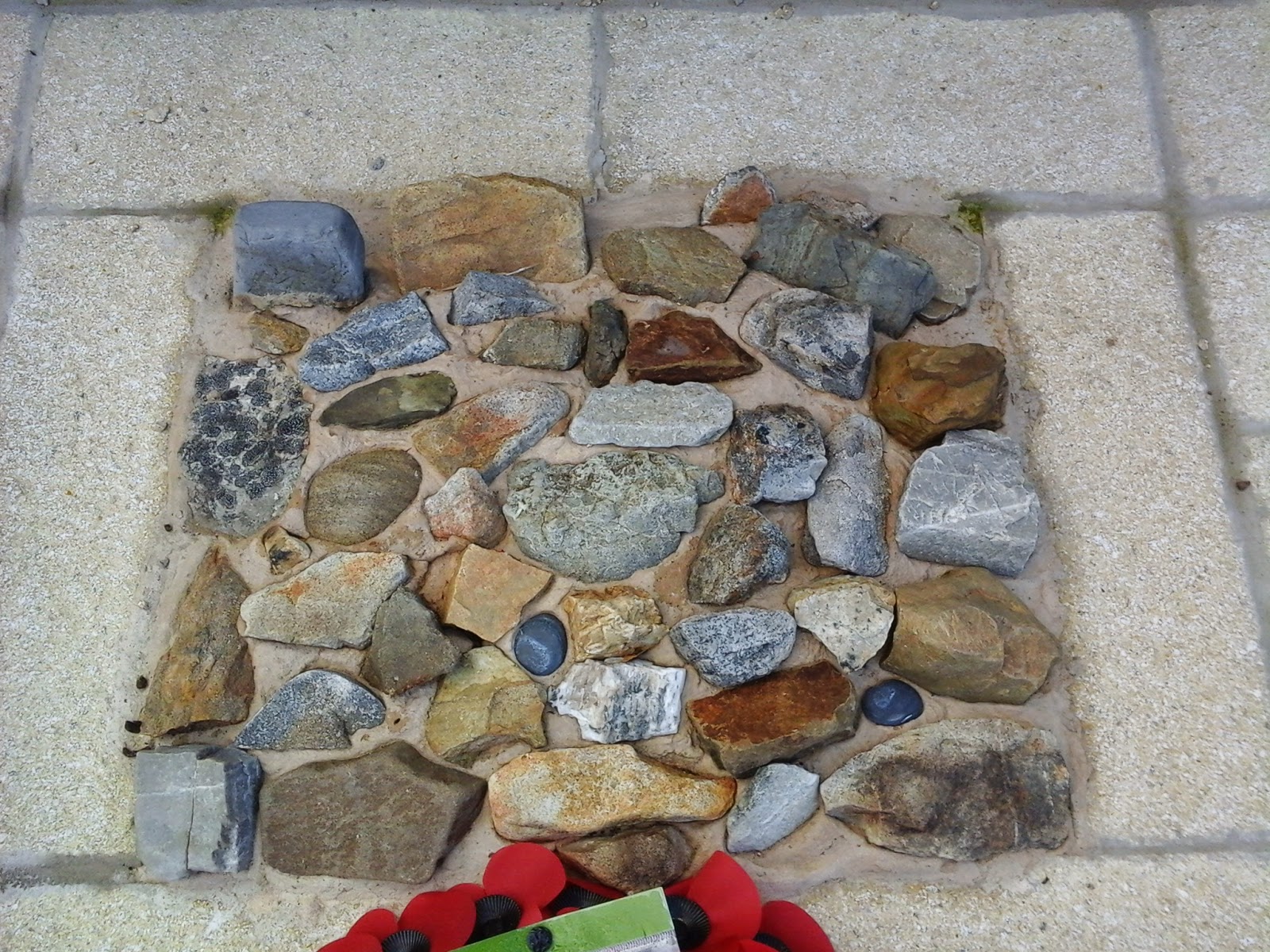 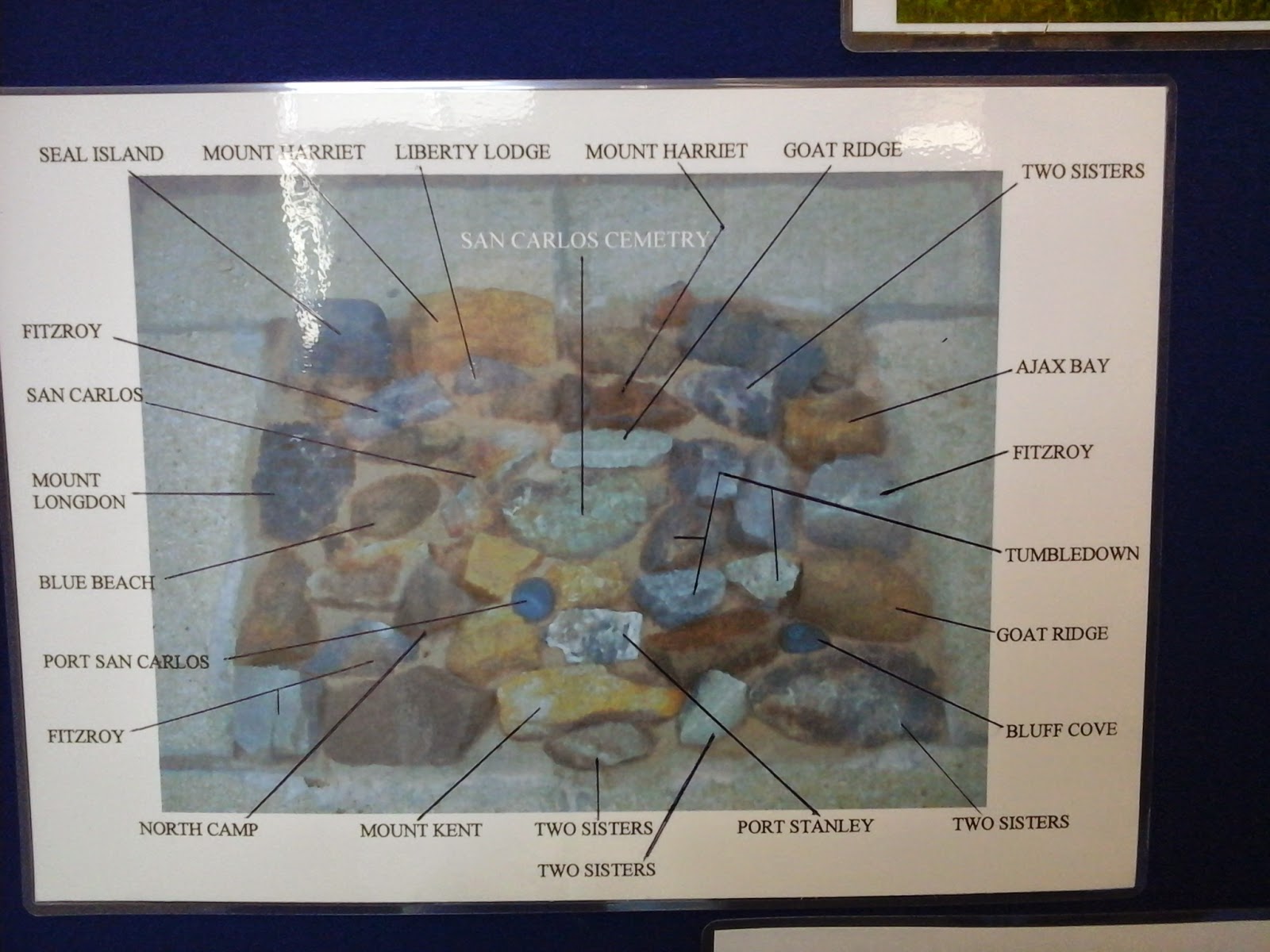 Despite a head full of phug I must have been doing something right as I ended the event with the highest tally of kills (6) in the WW1 era games (which earned me a nice trophy) and I won the prize for the most successful WW1 player in terms of kills and mission objectives achieved. I also managed to go the whole weekend without being shot down in a game a first!! 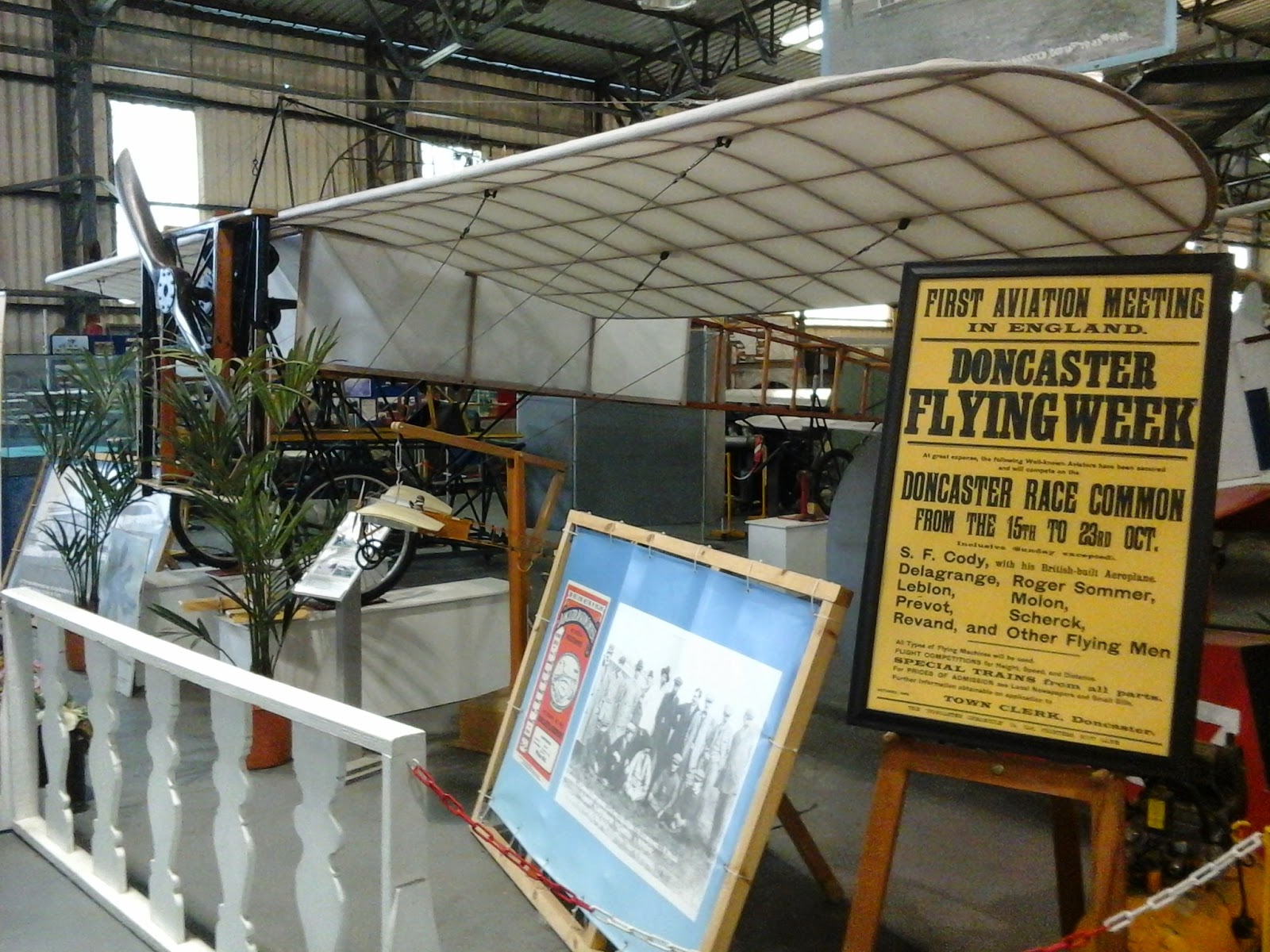 So, loads of fun, looking forward to next year!
Posted by David Manley at 08:00 2 comments:

Email ThisBlogThis!Share to TwitterShare to FacebookShare to Pinterest
Labels: 1/144, Wings of Glory, Wings of War

Another element of the lead pile reduction exercise conducted last week was finishing off a few Navwar 1/1200 naval models. I'm getting quite  a collection of medieval models now, what with the ships I have from Outpost, Ral Partha Europe and Games Workshop. This latest batch were cogs, carracks (a bit outside my time period, but I was curious to know what they were like)  and some galleys. 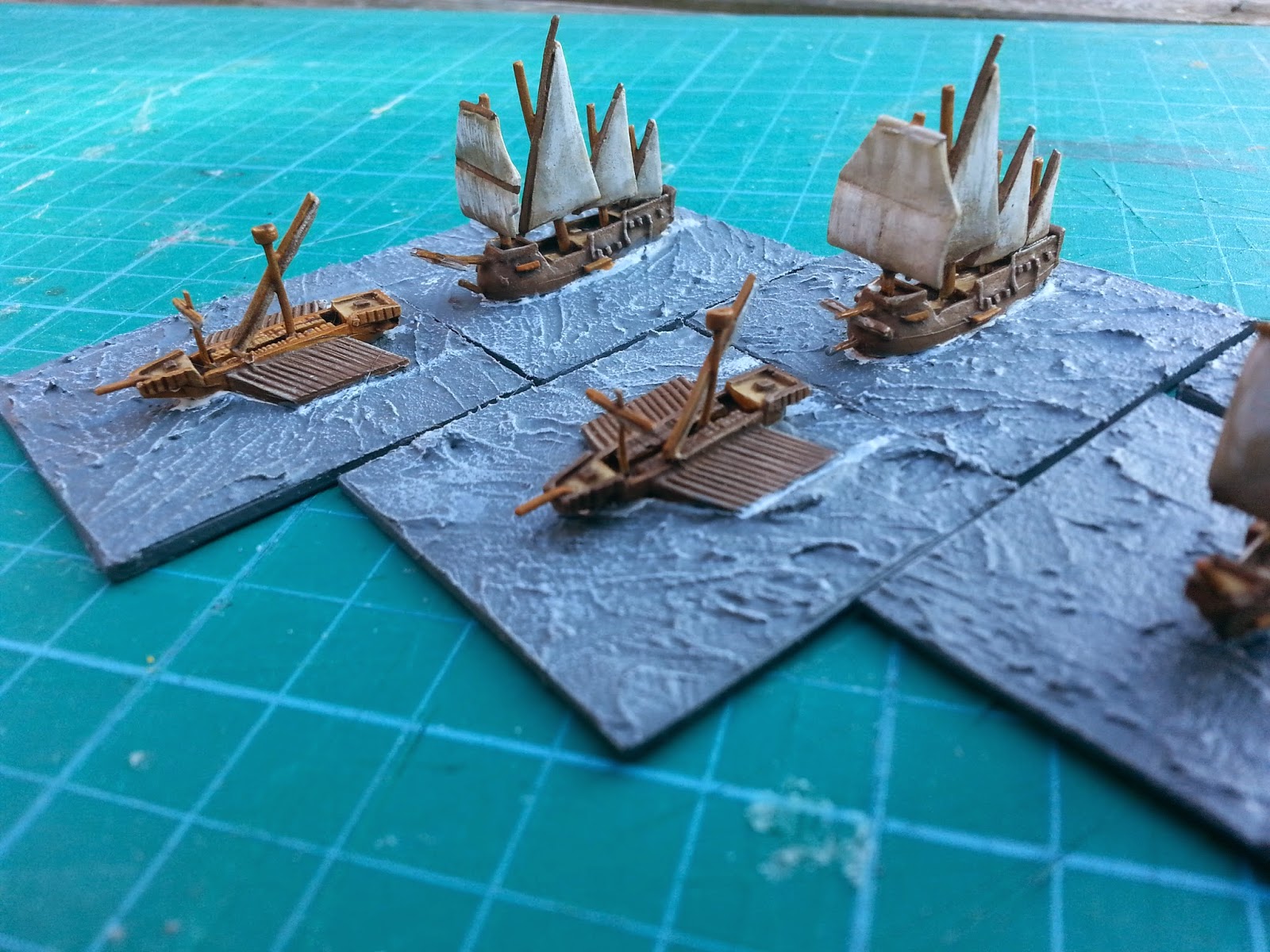 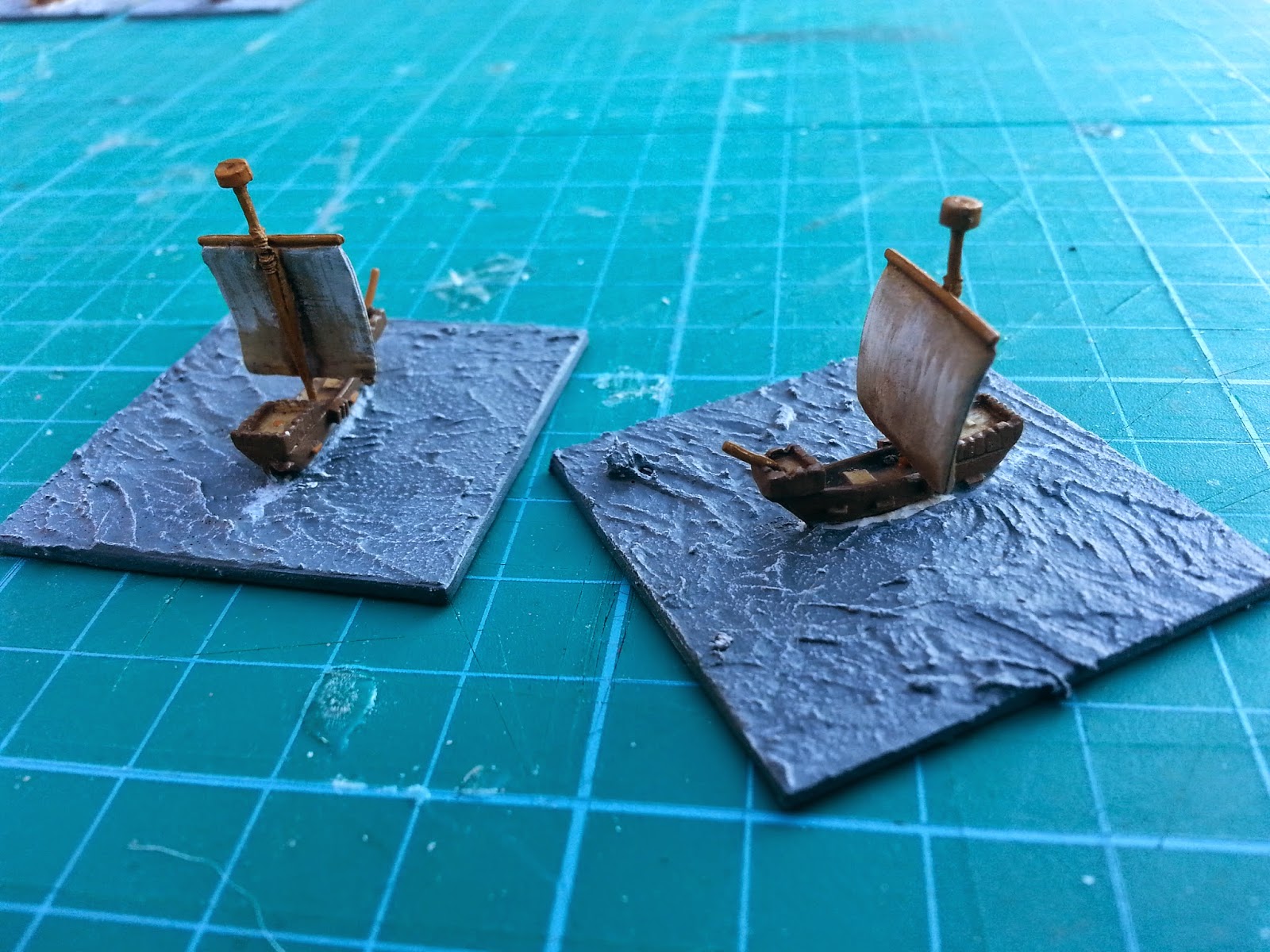 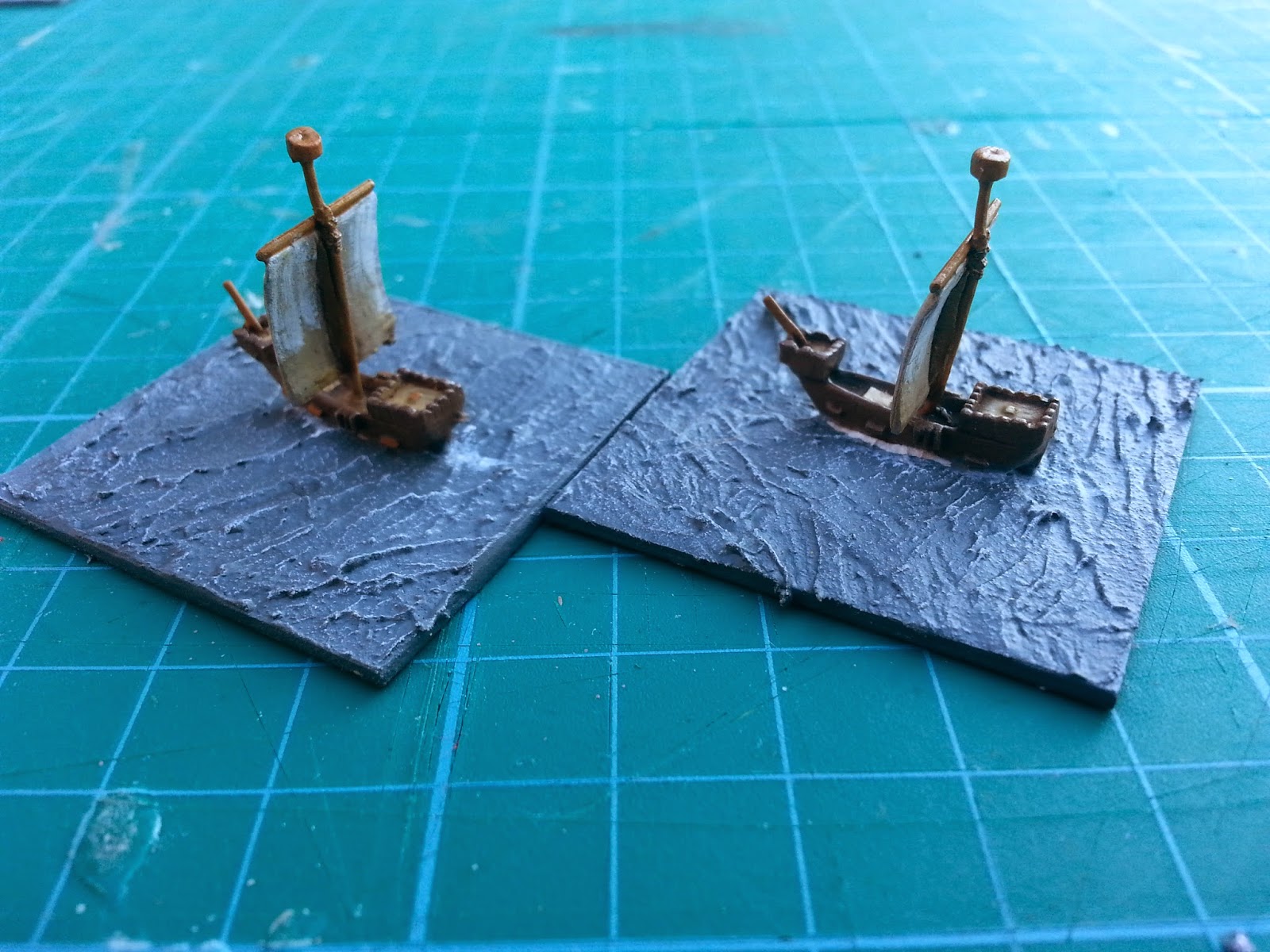 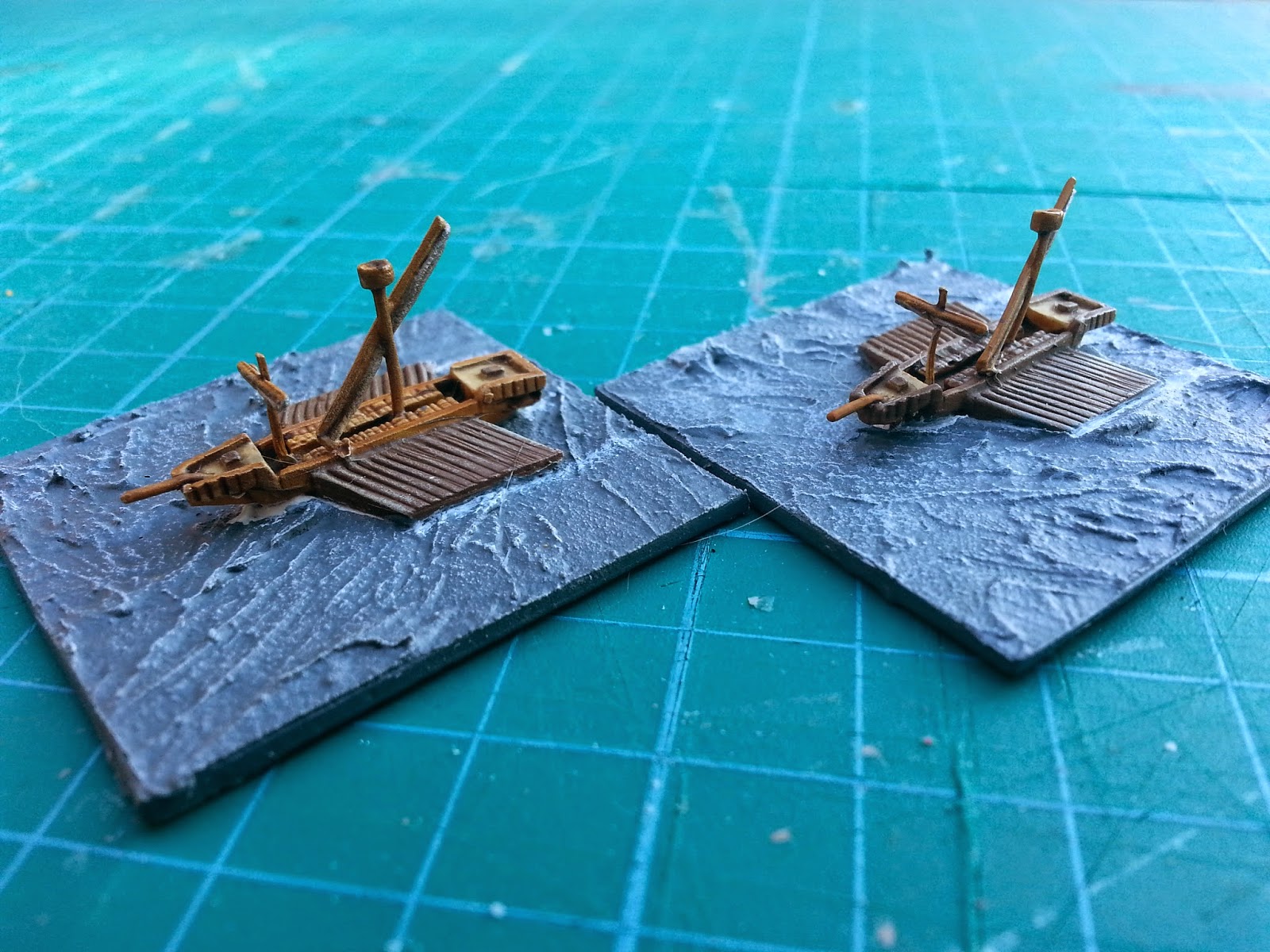 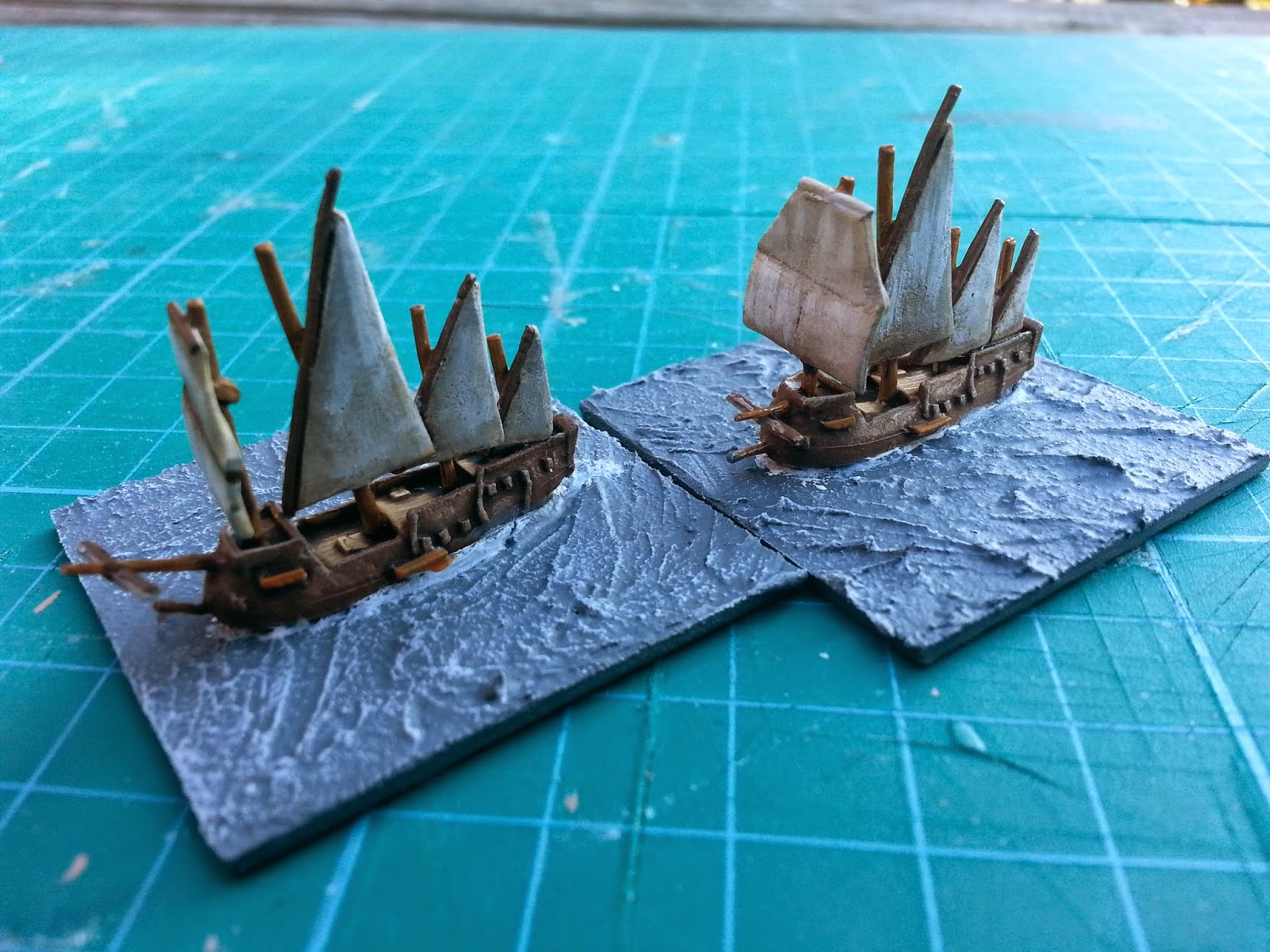 All of these came up quite nicely, I think. The cogs and galleys  are quite a bit smaller than the similar ships from Outpost and (in the case of the cogs) Ral Partha, which IMHO is good and quite handy in allowing me to have sets of clearly different sizes and types, an important distinction in the rules I'm working on. I was quite pleased with these; its likely that the collection will be expanded with a few more of these in the not too distant future (I can then spend the next year waiting to paint them!!)

Another Weekend of Odds and Sods

Various plans for outings fell apart this weekend but that did mean I got a chance to catch up with some painting. A real mixed bag this time, details of which I'll post over the next week or so. 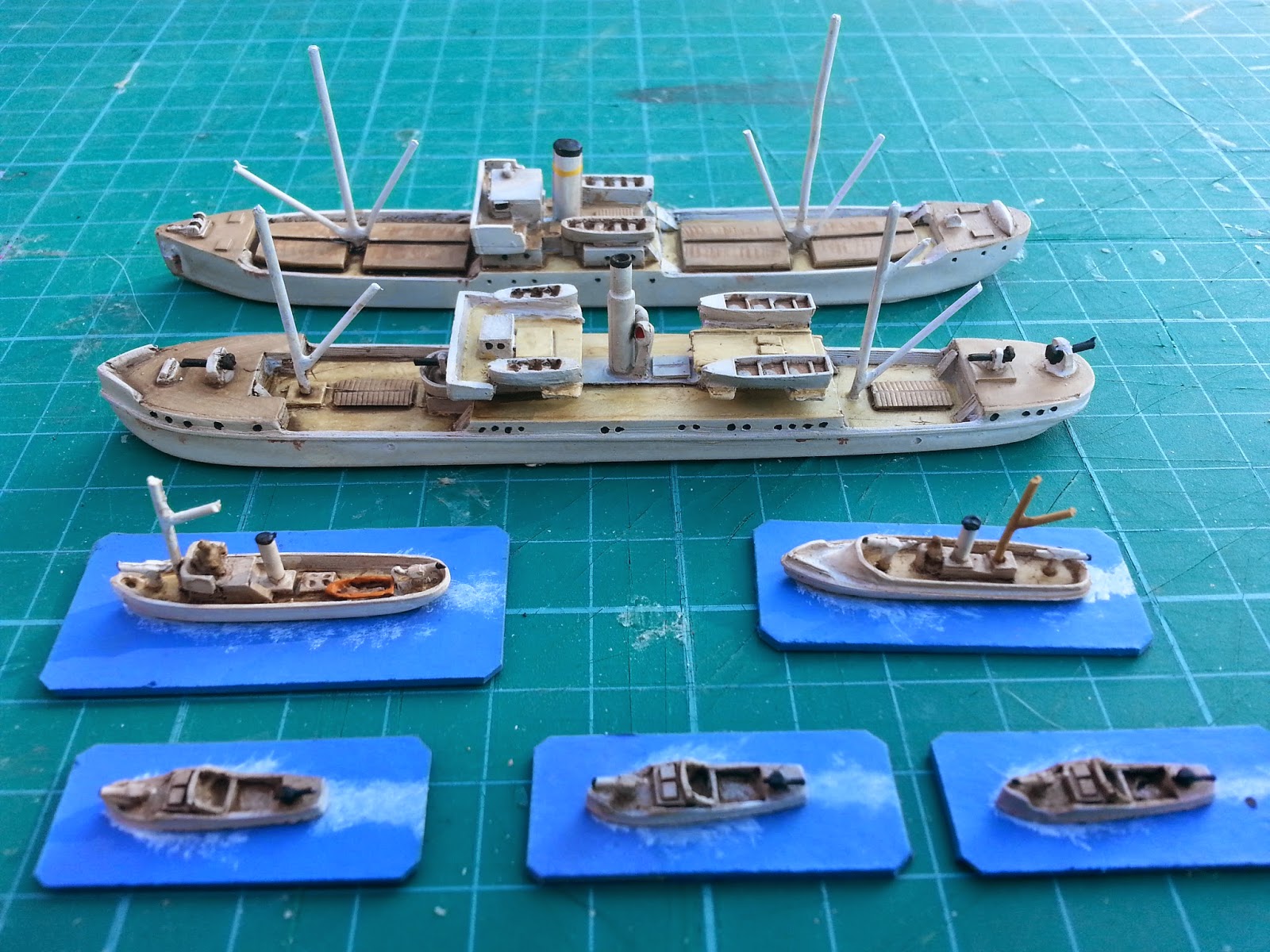 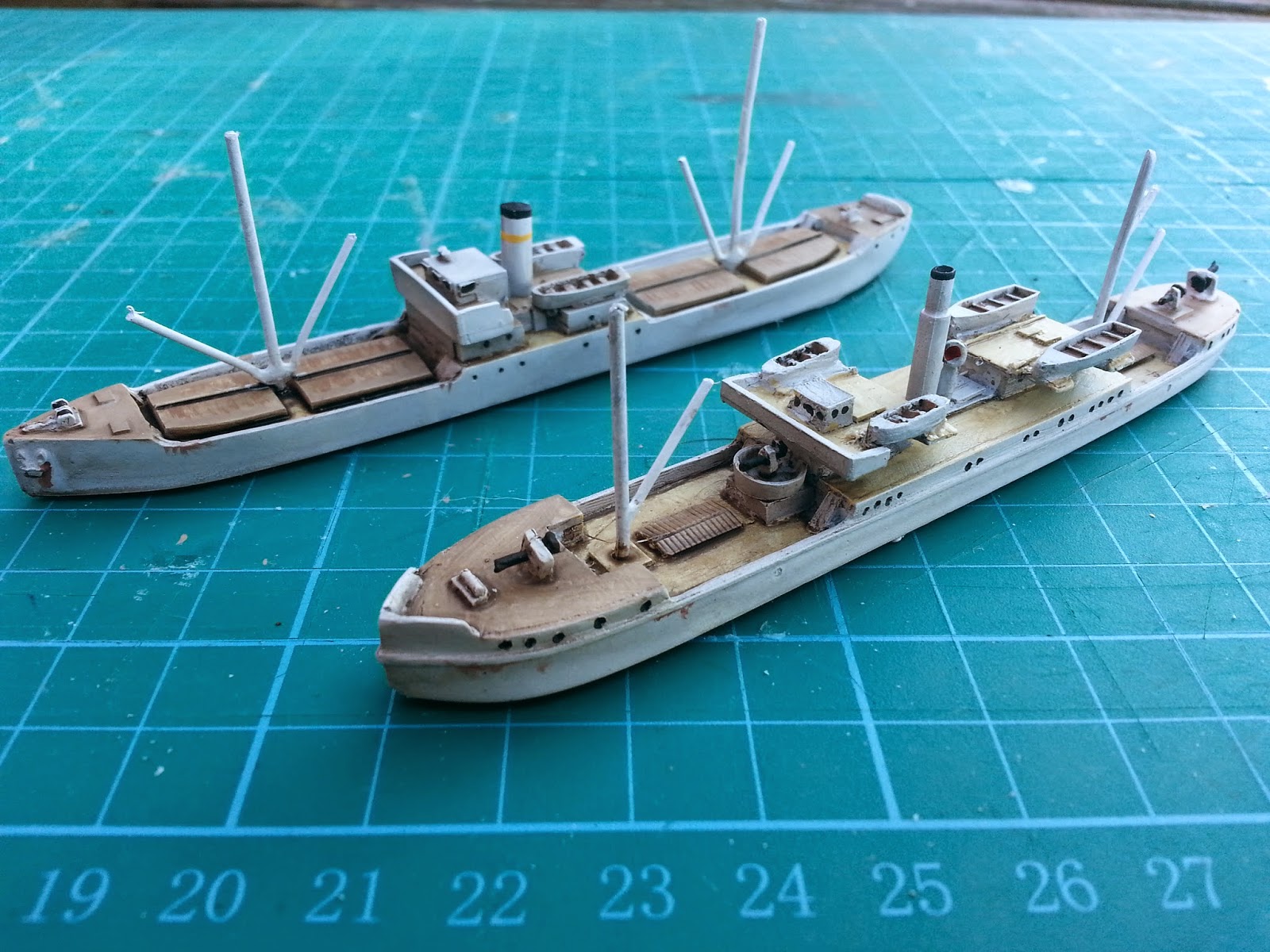 The main thrust was on finishing off the Tumbling Dice 1/600 Lake Tanganyika models I picked up at Devizes. These are nice models, resin and white metal for the Graf von Gotzen and the generic tramp steamer (which I thought would make a good Belgian lake steamer, perhaps a bit large), white metal for the Kingani, Hedwig von Wissmann, Mimi and Toutou (although interestingly you get three of the British motor boats - handy if you lose one I guess) 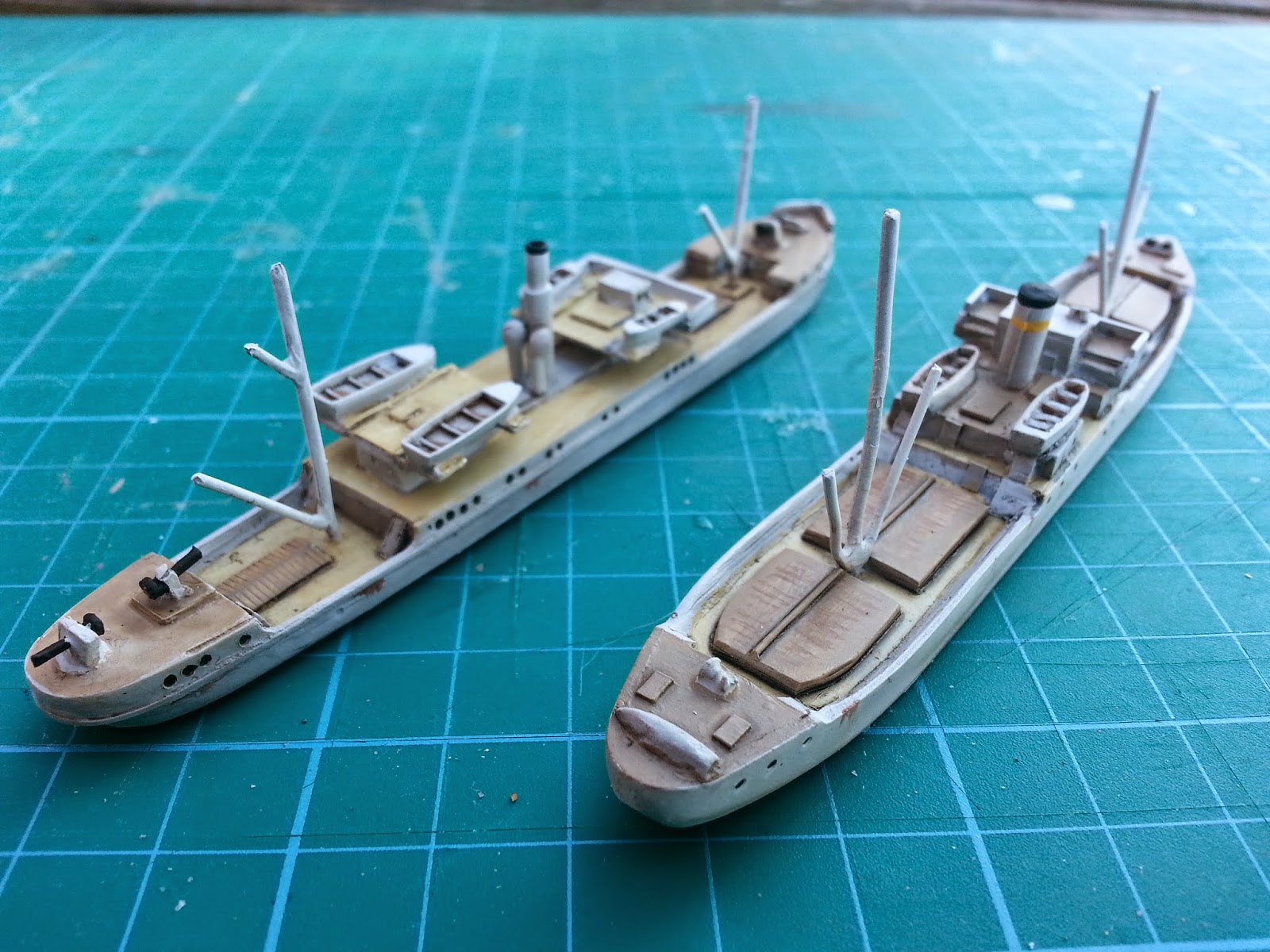 They are very nice models indeed. Not as nice (or accurate) as the Northhead models from Shapeways but well done, nicely detailed and quite rugged apart from the masts which are quite flimsy (some care needed here to avoid bending them, but they do at least straighten out easily if you do have a mishap. 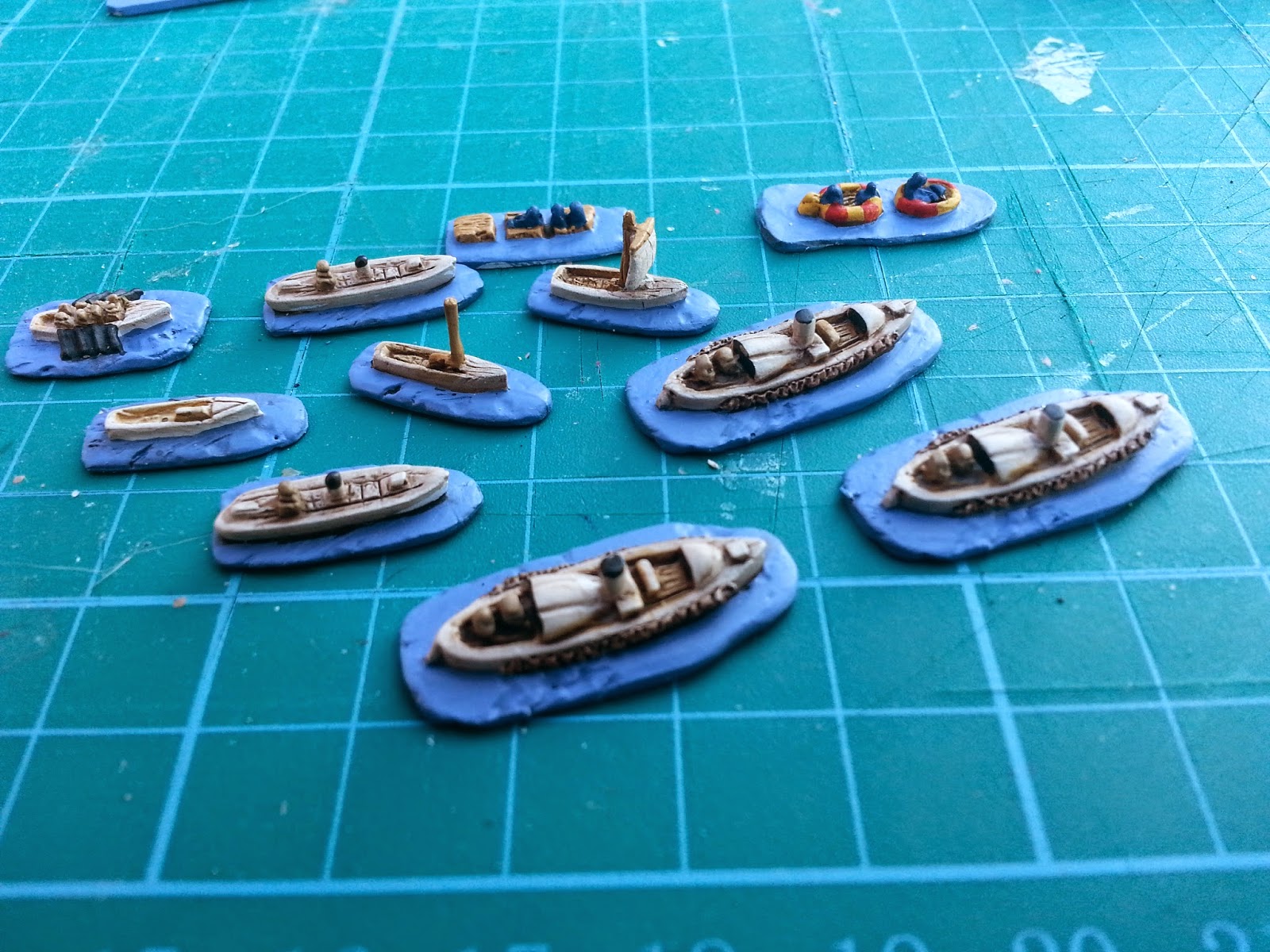 TD also sell a variety of small craft, lifeboats, skiffs, liferafts and other useful bits and pieces that I also picked up. They should be quite handy for use as auxiliary vessels in my lake steamer collection. 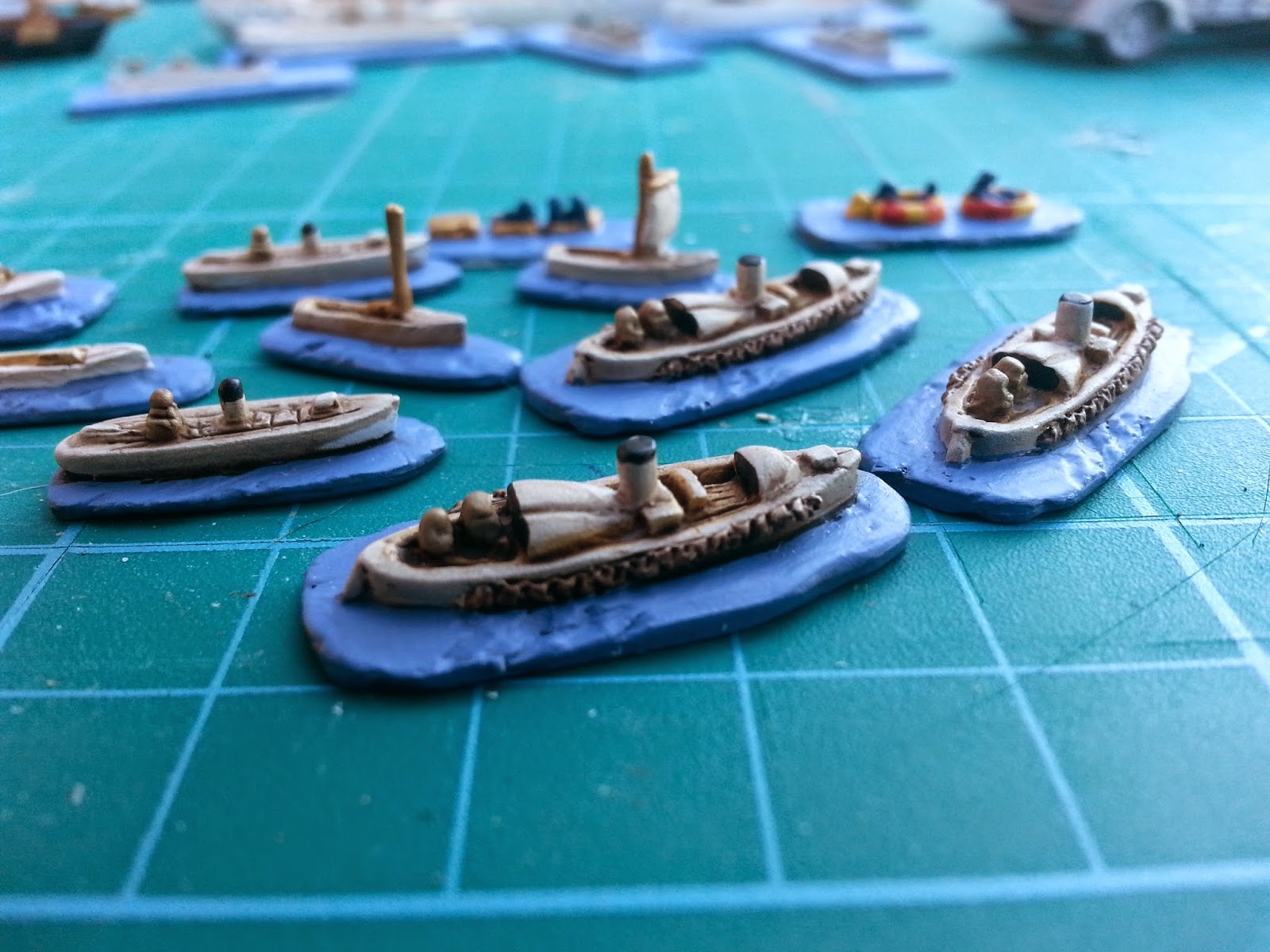 All in all a very nice selection of craft, very reasonably priced and ideal for use with my Lake Steamer Wars rules (gratuitous plug, available from Wargame Vault) 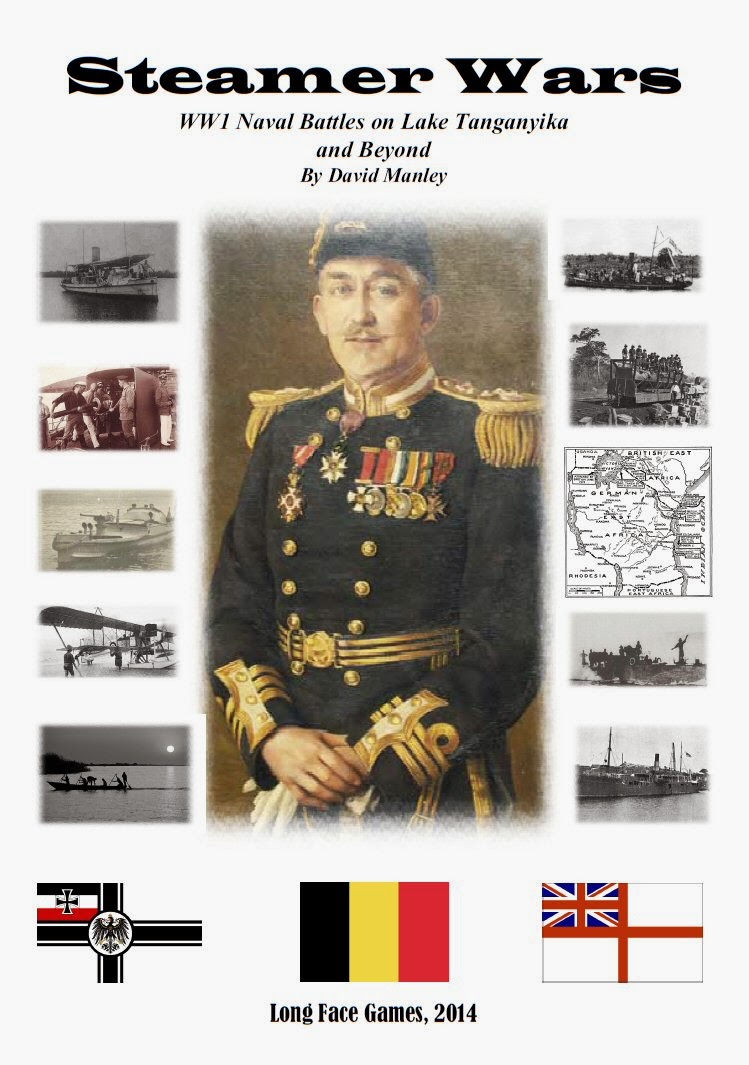