I spent the day at the Reveille show at Lincombe Barn in Bristol with the Wings of Glory Aerodrome participation game. Great fun as usual and I actually managed to shoot down more aircraft than I lost this time (5 kills, killed once, so much better than usual!) 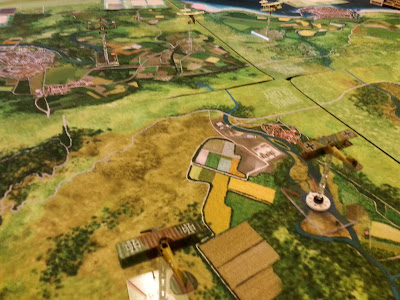 As in previous years it was just as much about catching up with old friends as playing the games. I passed on some good ideas to a chum who coincidentally is planning exactly the same mini campaign as I am (Java Sea, 1942) so we swapped notes, I got some wicked ideas for a more combative version of "Thunder Boats" and I chatted professional wargaming with John Curry. I also was reminded how good children are at extorting money from adults as the raffle "brute squad" ruffed us up for tickets :)

I was aiming not to go shopping but a few odd items caught my eye. A 37mm M6 Gun Motor Carriage for the USMC offshoot of my 20mm "Burma Skirmish", a set of four Airfix 1/600 destroyers for a quid each and - the prize of the day - a copy of the original Battlelines edition of "Wooden Ships and Iron Men", which I have never seen before. 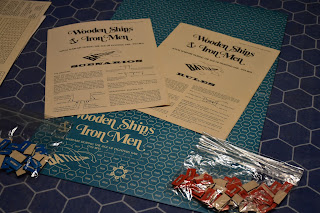 There were some lovely games there as well, a few photos below for your enjoyment. Looking forward to next year! 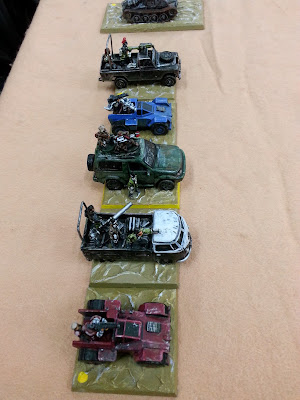 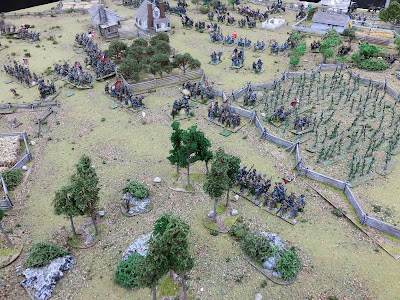 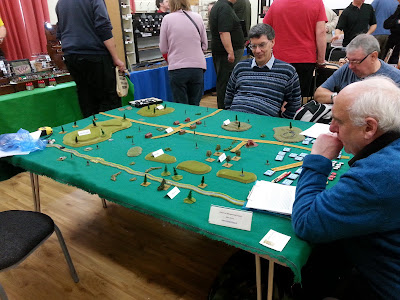 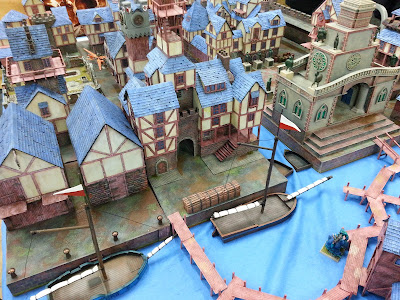 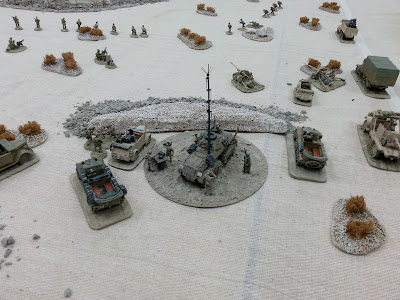 A short post today after  a long break with some pics of a new (to me at least) game, "Thunder Boats". Its  a lovely set of rules for powerboat racing written by Dave Schueler in the US. Dave sent me a copy recently and I've spent the last few days printing up the rules, laminating the boat and event cards and making the few markers needed (course marker buoys and "rooster tails") 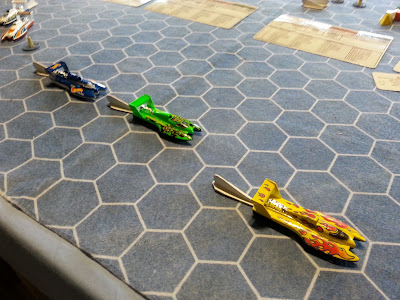 As far as models are concerned I haven't been able to get hold of any of the hydroplane boats similar to the ones Dave and his friend Kevin Smyth but I have been able to get hold of some modern "Hot Wheels" model boats which do the job nicely. The only issue here is that they are larger than the hexes on my hex mat, but to counter that I just have the boats filling two hexes instead of one and after plying it through a few times that works perfectly well. 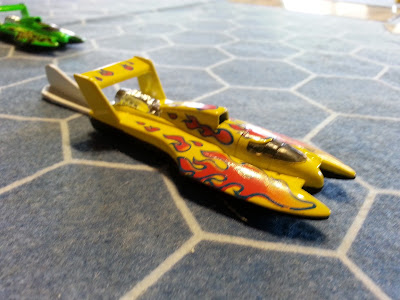 The game uses a dice based movement system with the type of dice thrown depending on the throttle setting of the boat. It uses unconventionally numbered dice, the same that are used in the "Formula De" tabletop motor racing game.. I've colour marked the boat control sheets to make it easier to tell which dice to use for each setting. 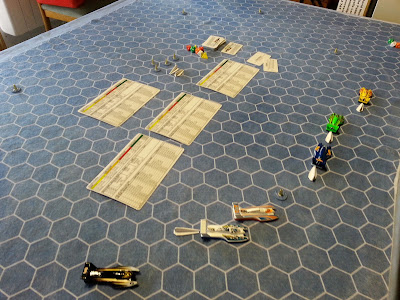 So this joins my (short) list of naval non-wargames, and I'll be looking to try this on the chaps at the BV club sometime. But it has got me wondering about a "death race" version, and some of the ideas would work very, very well for a Star Wars pod race variant.......
Posted by David Manley at 15:00 4 comments: