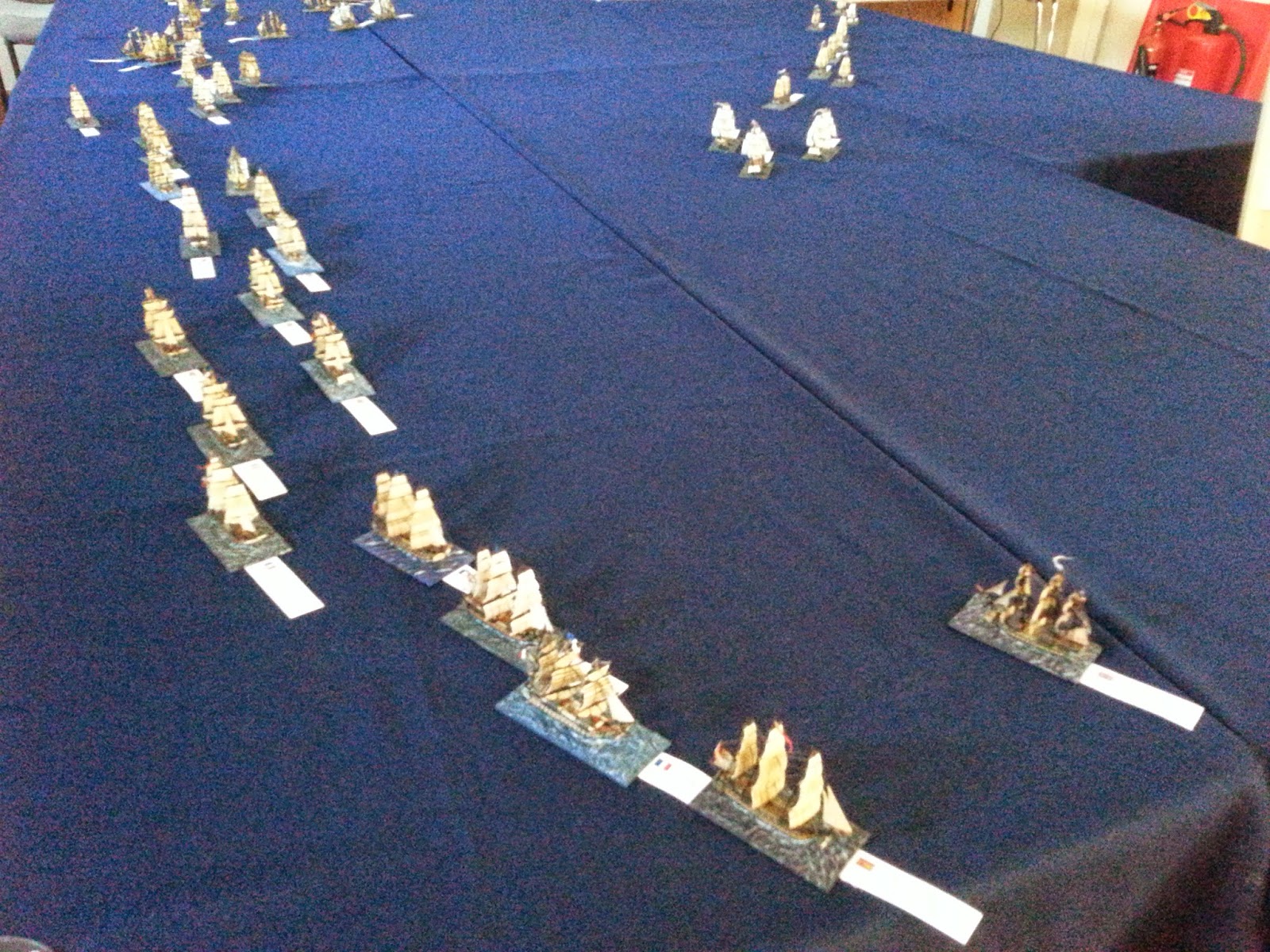 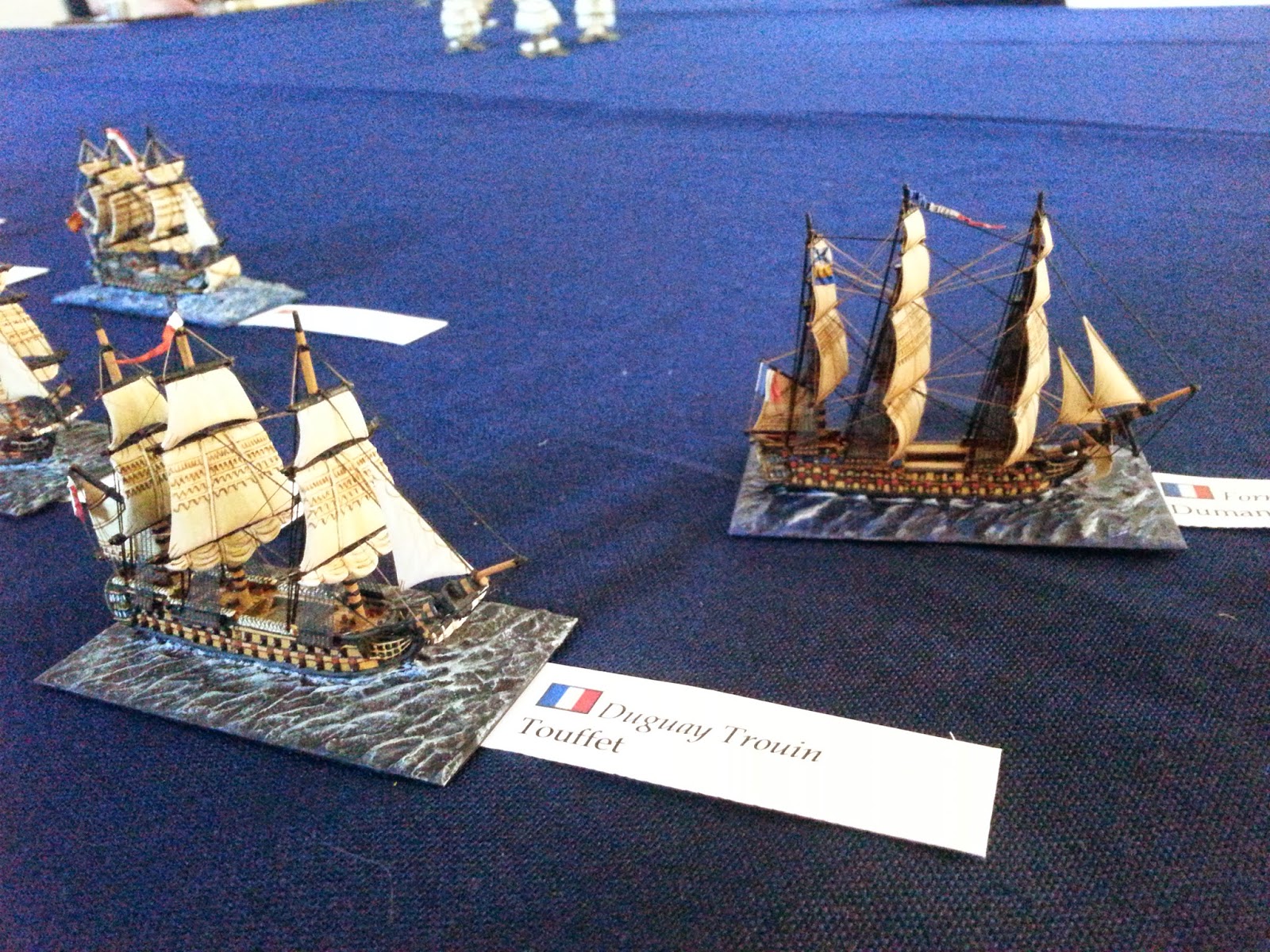 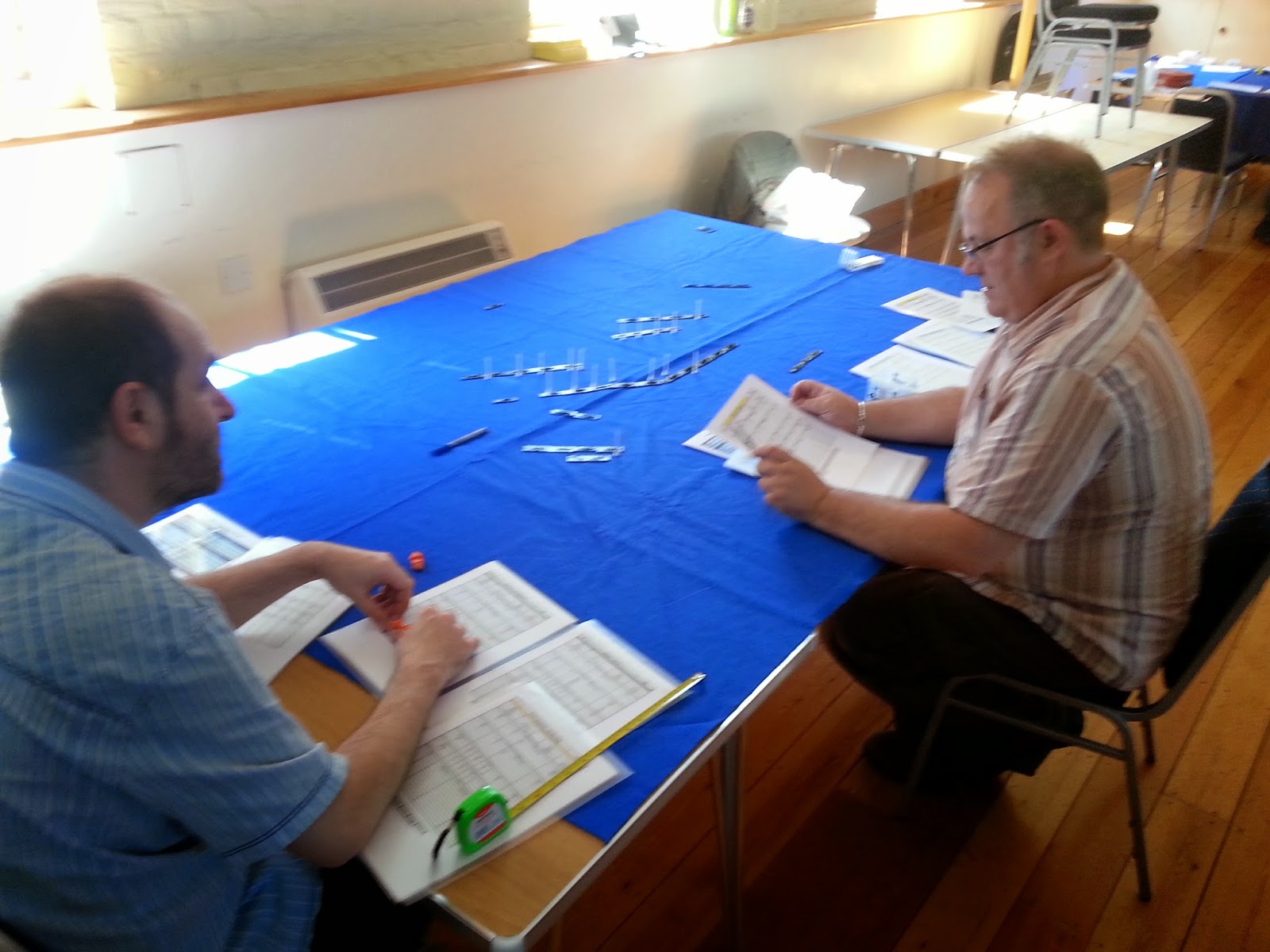 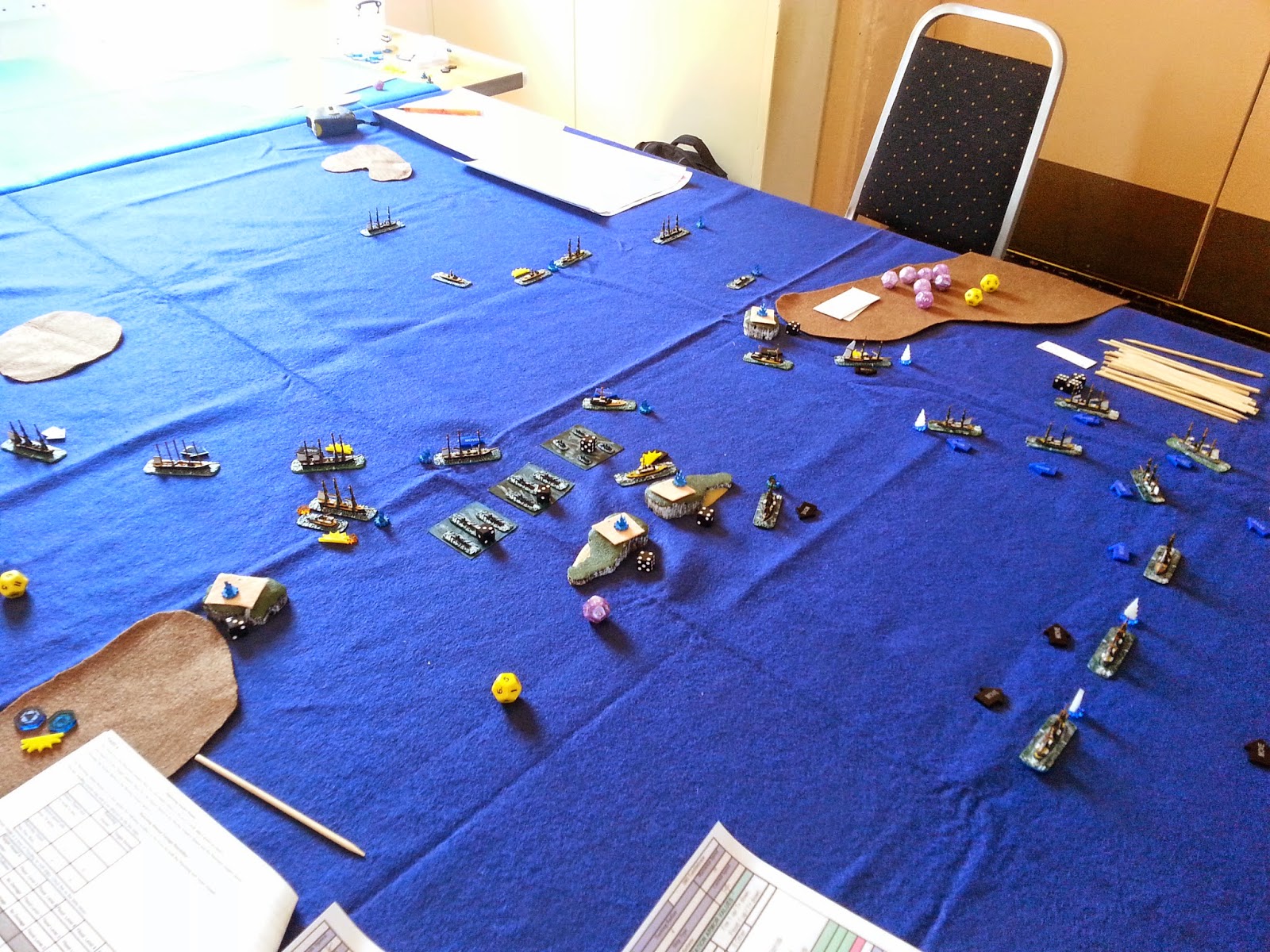 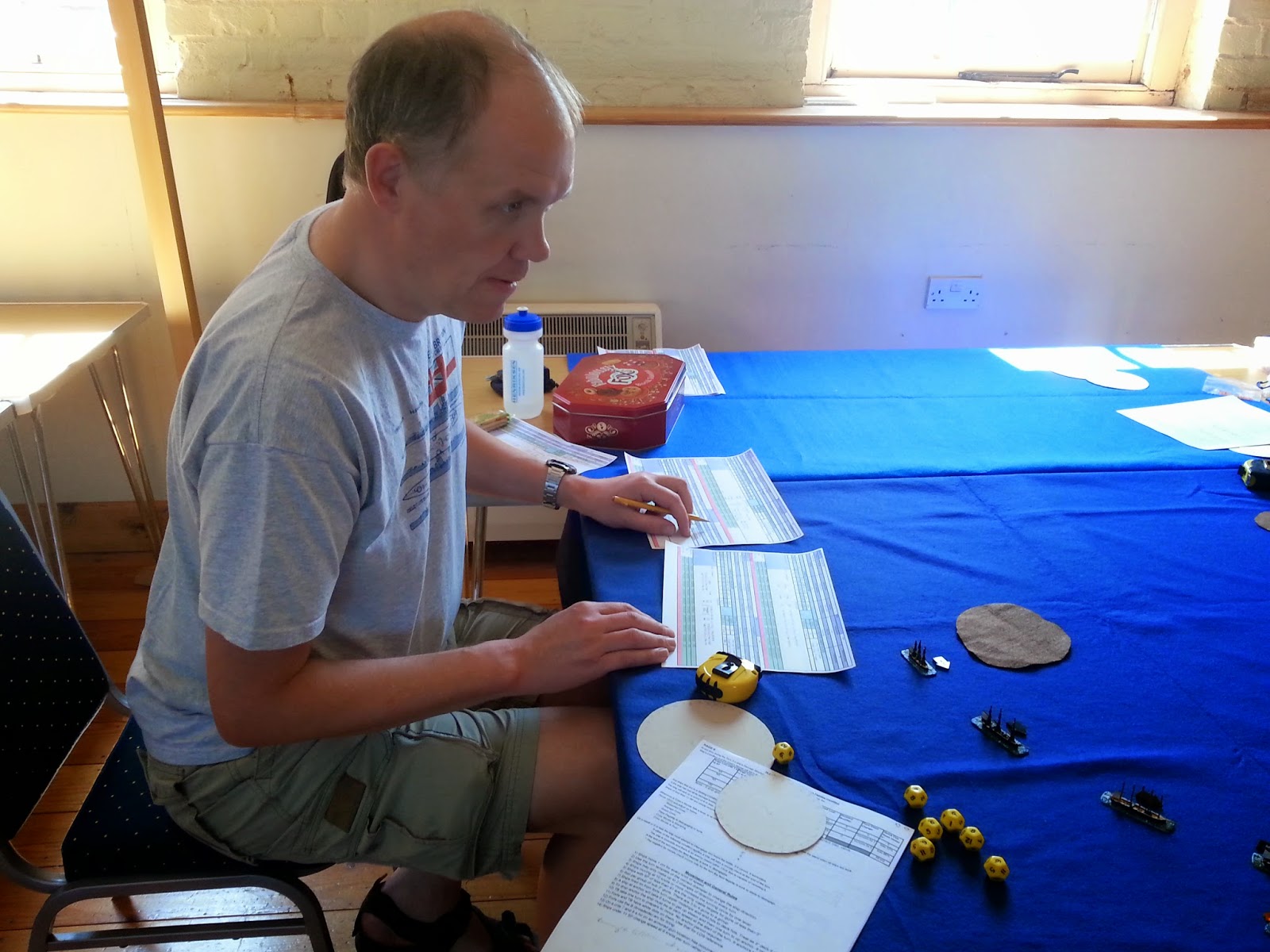 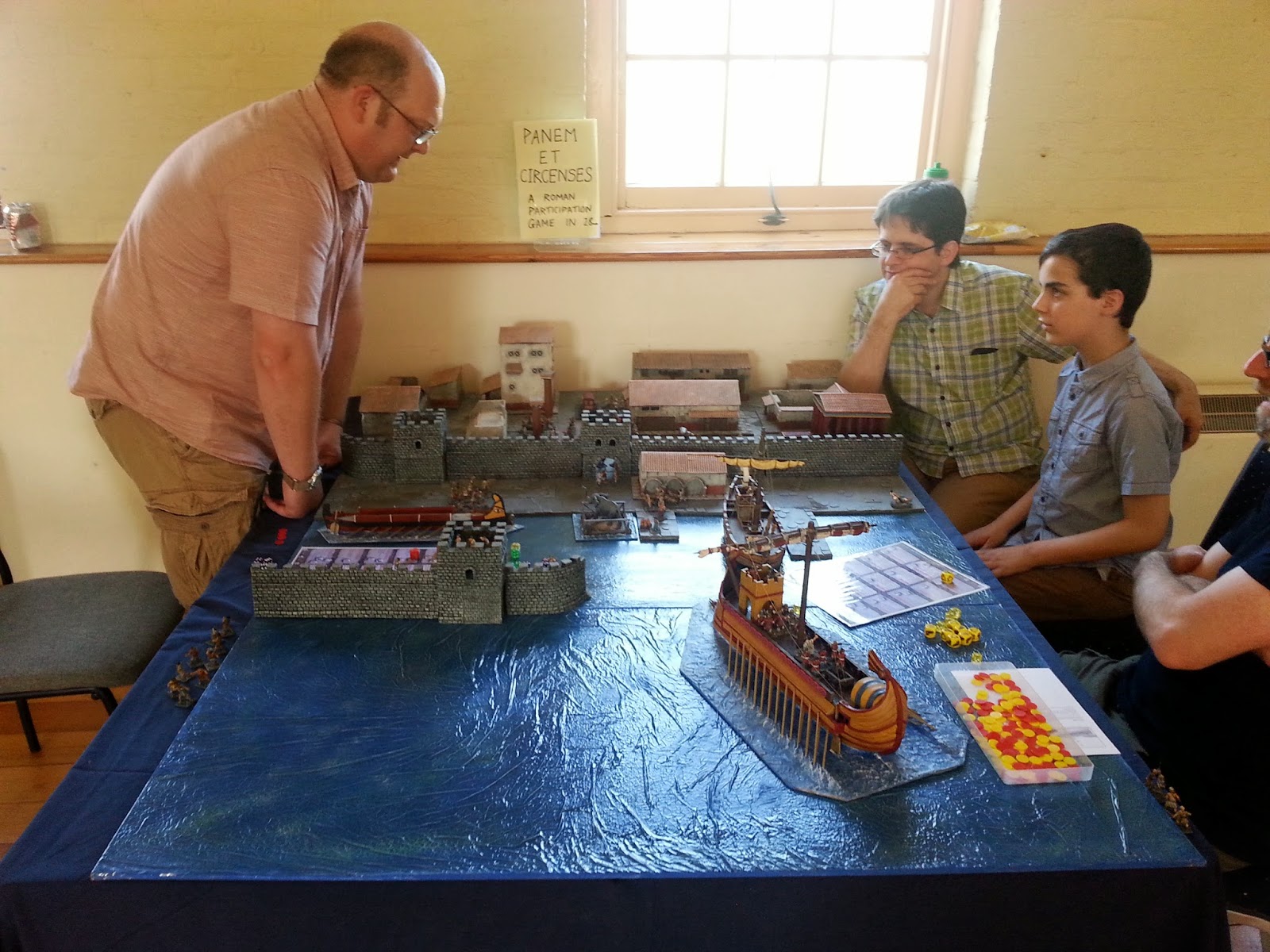 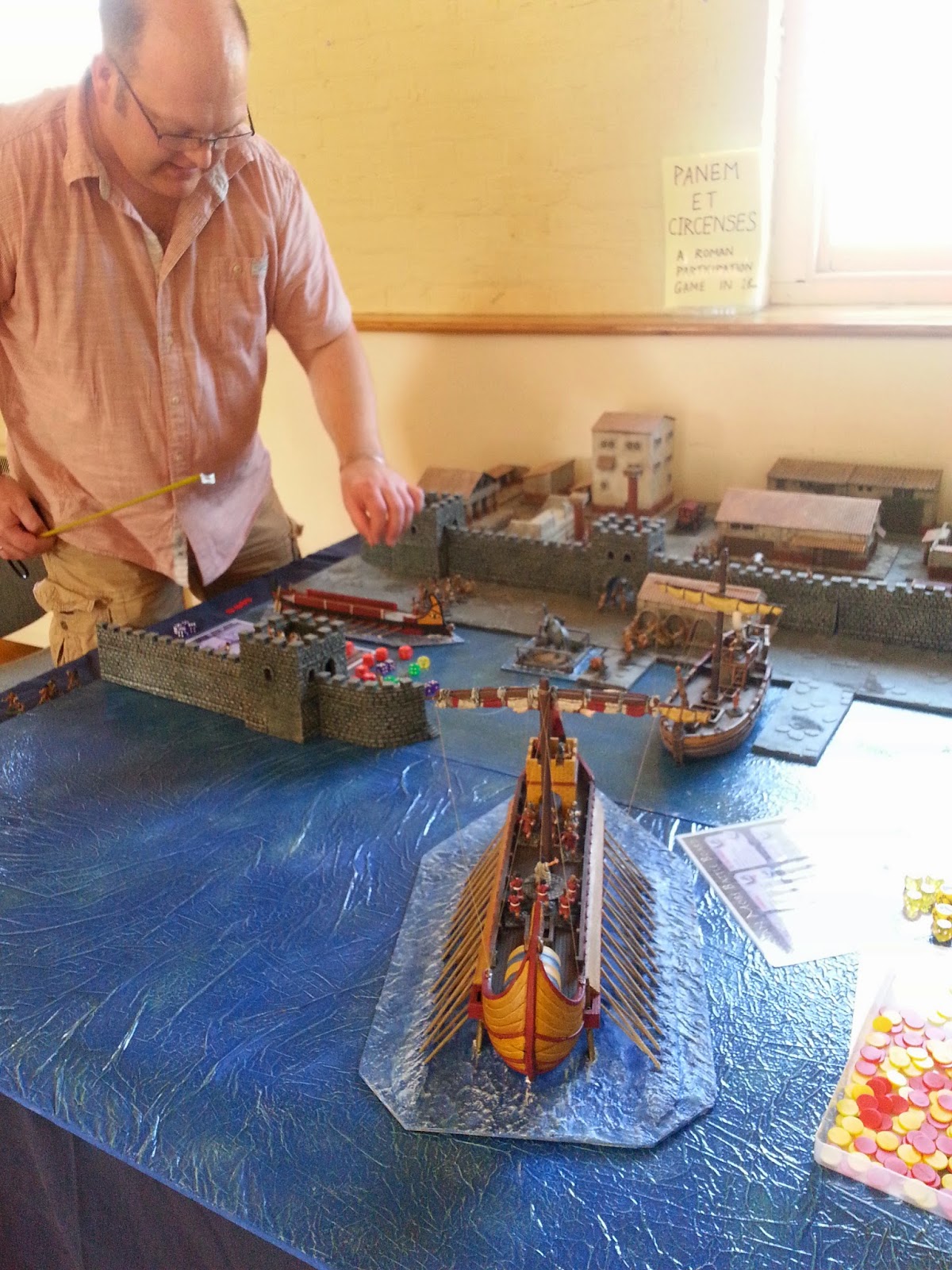 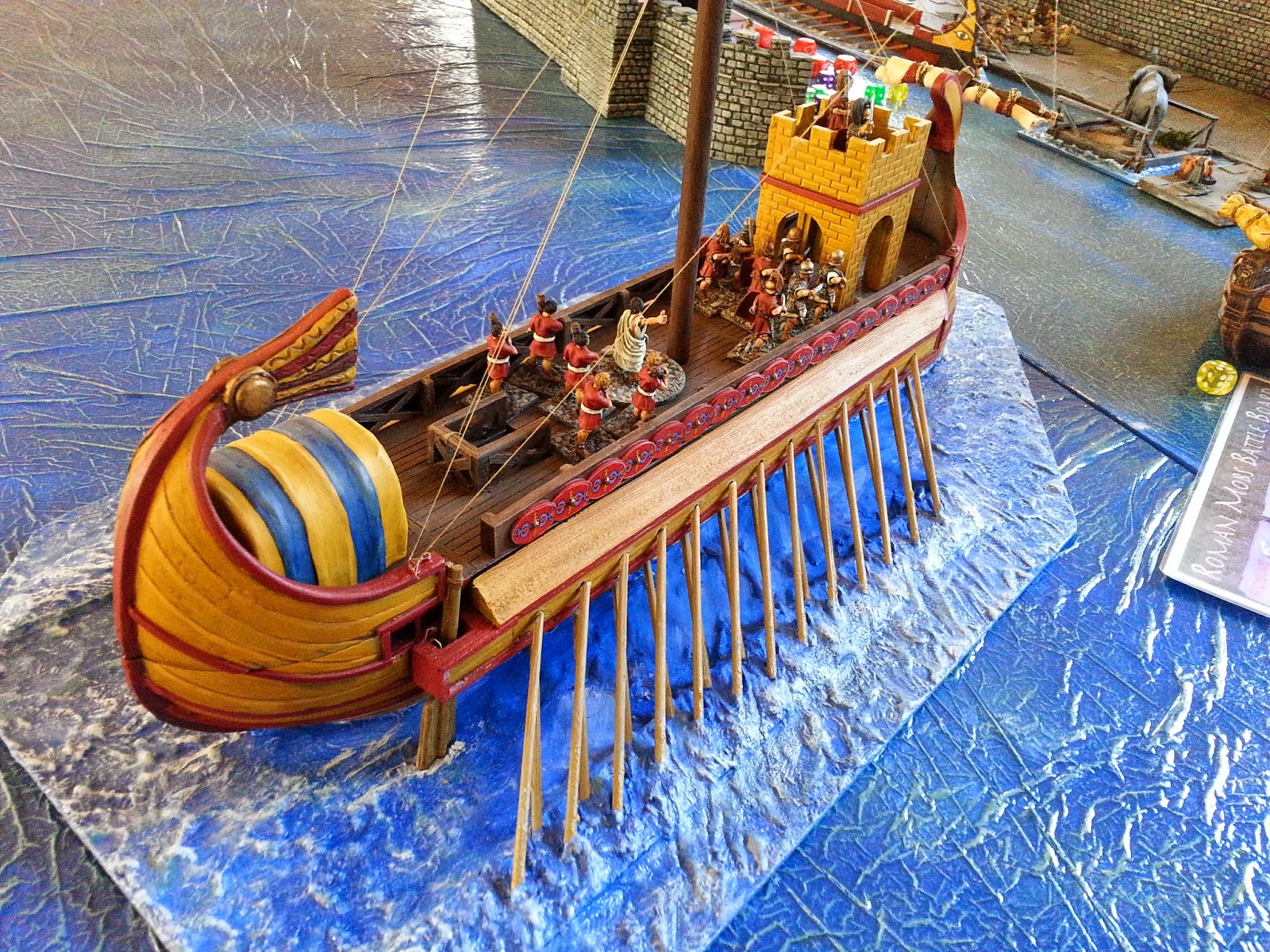 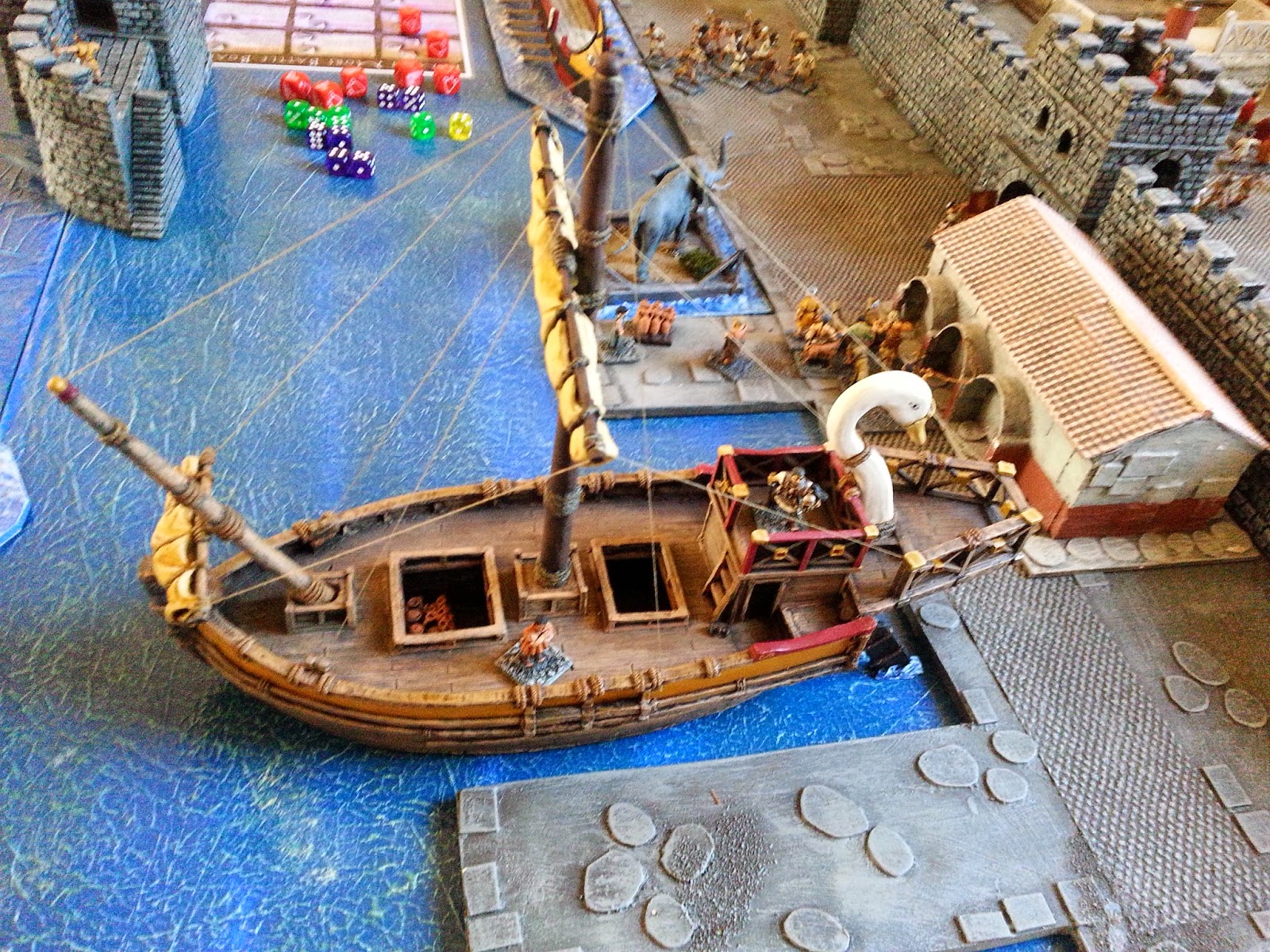 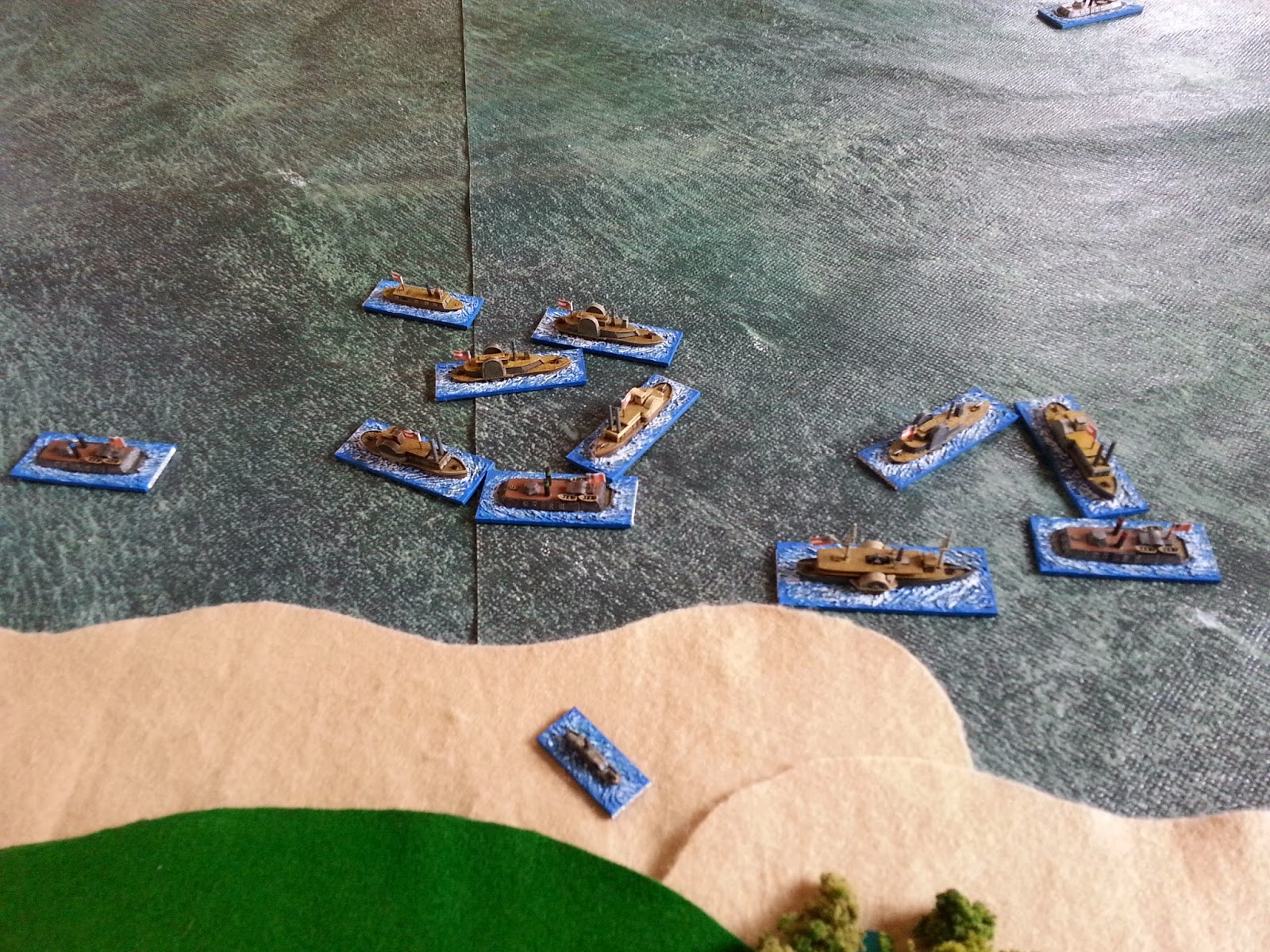 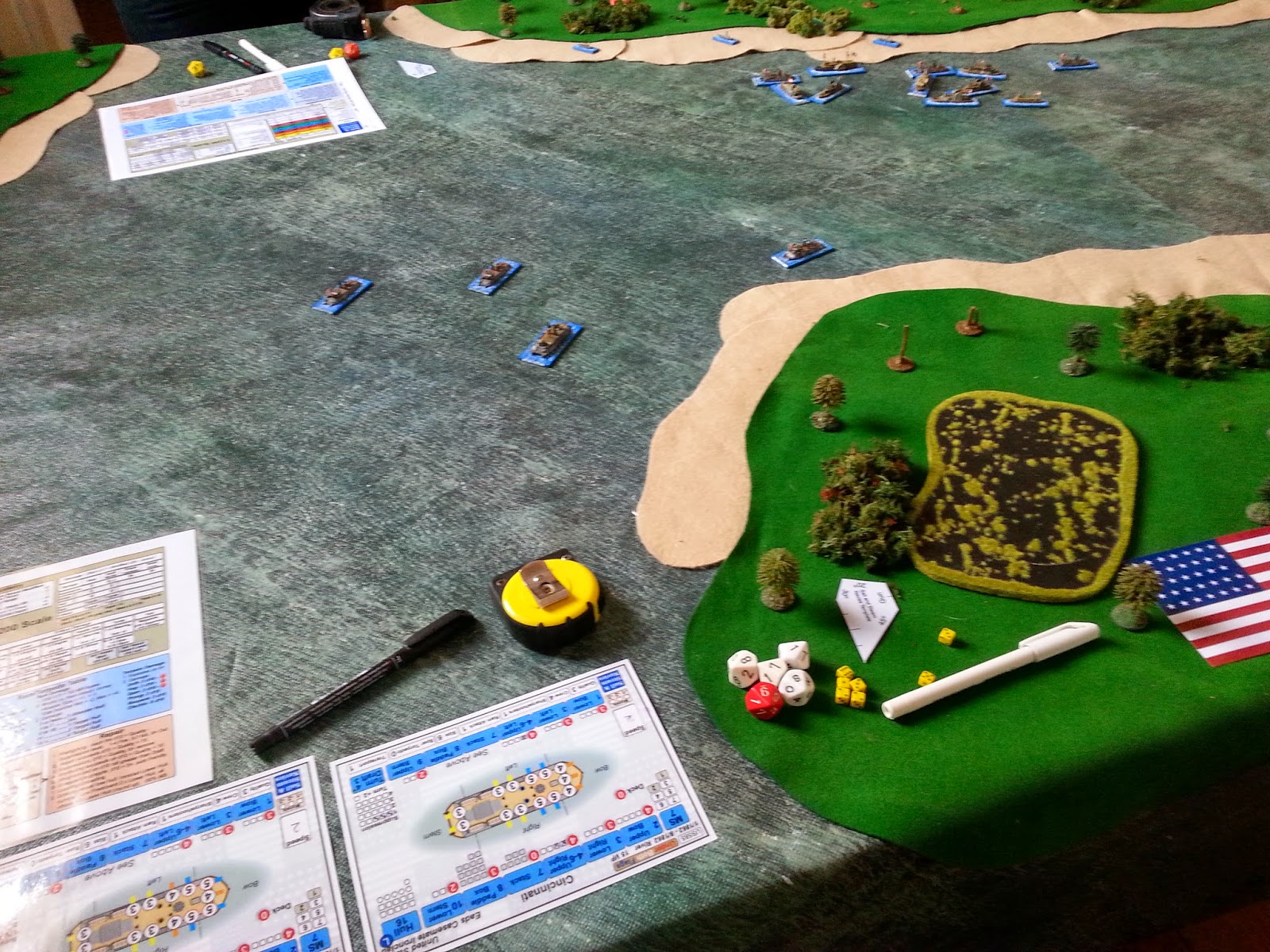 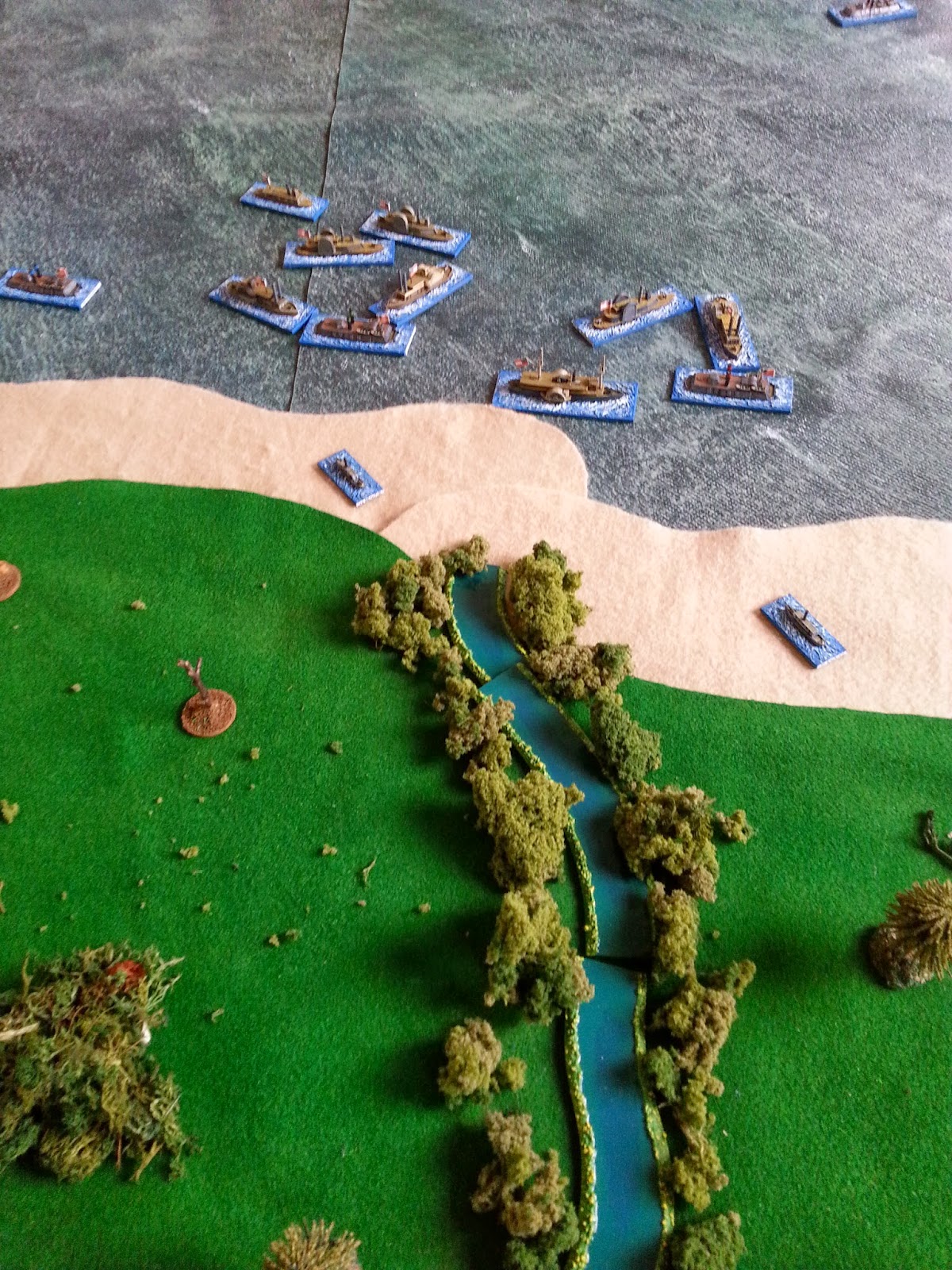 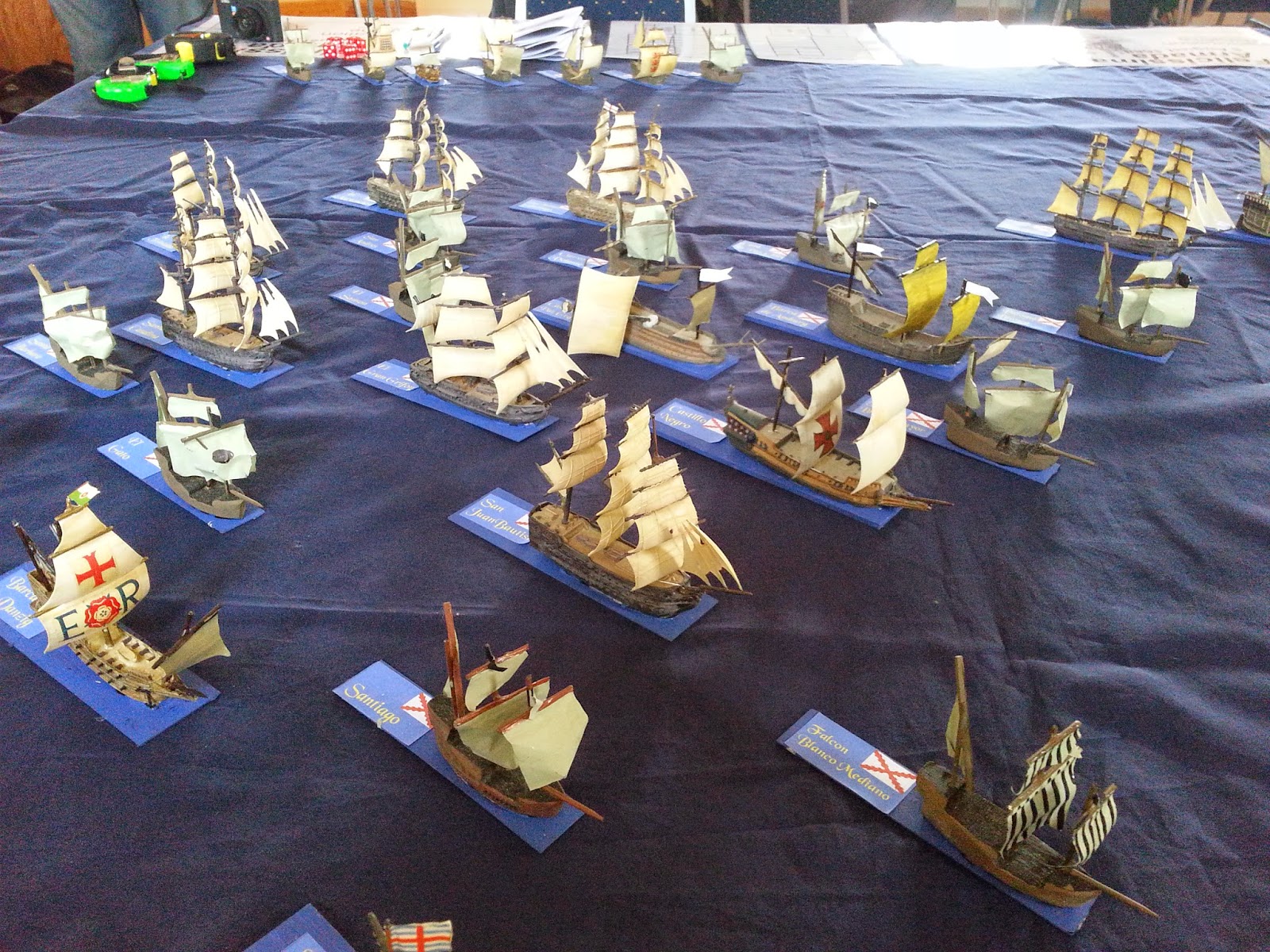 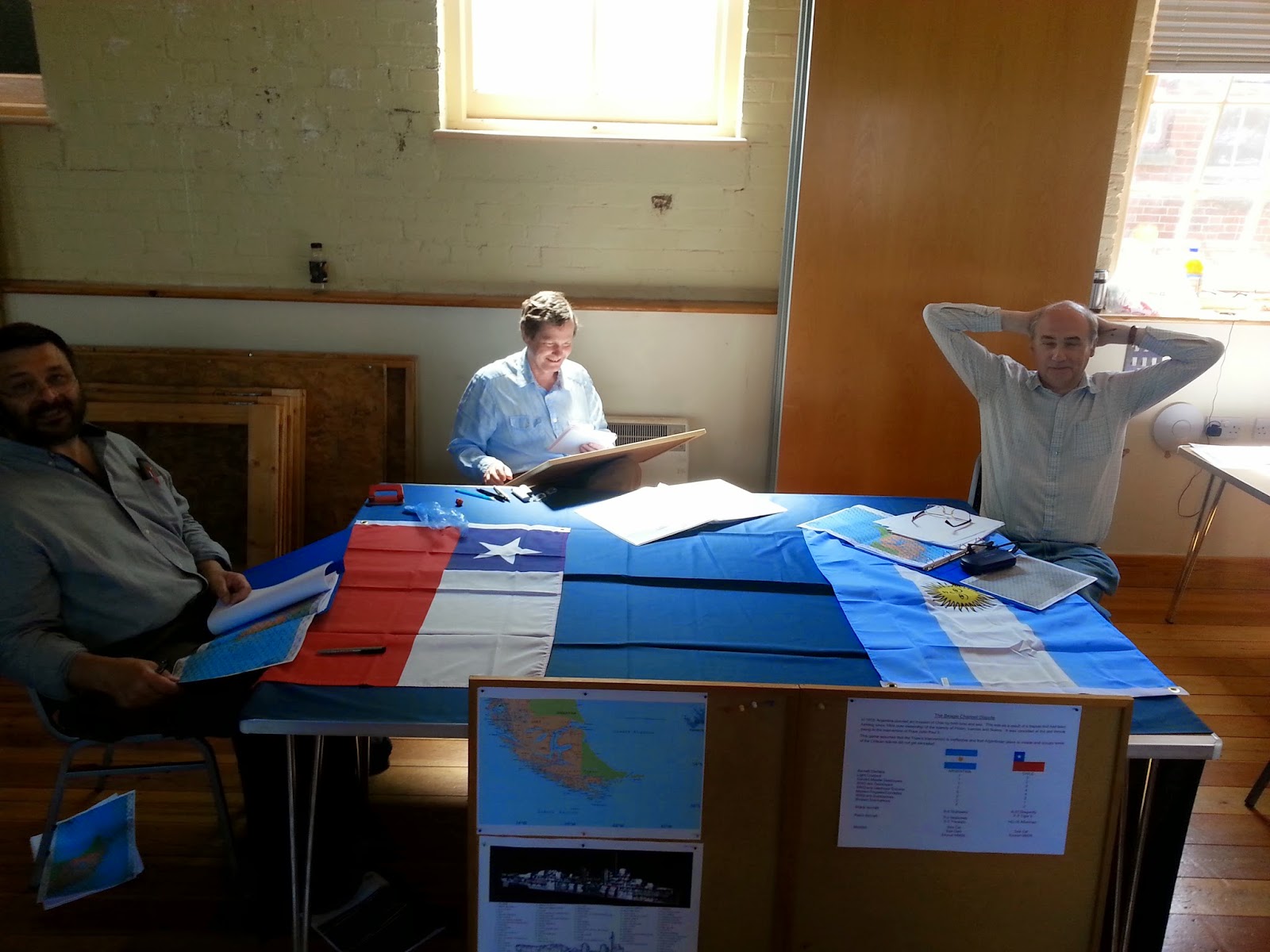 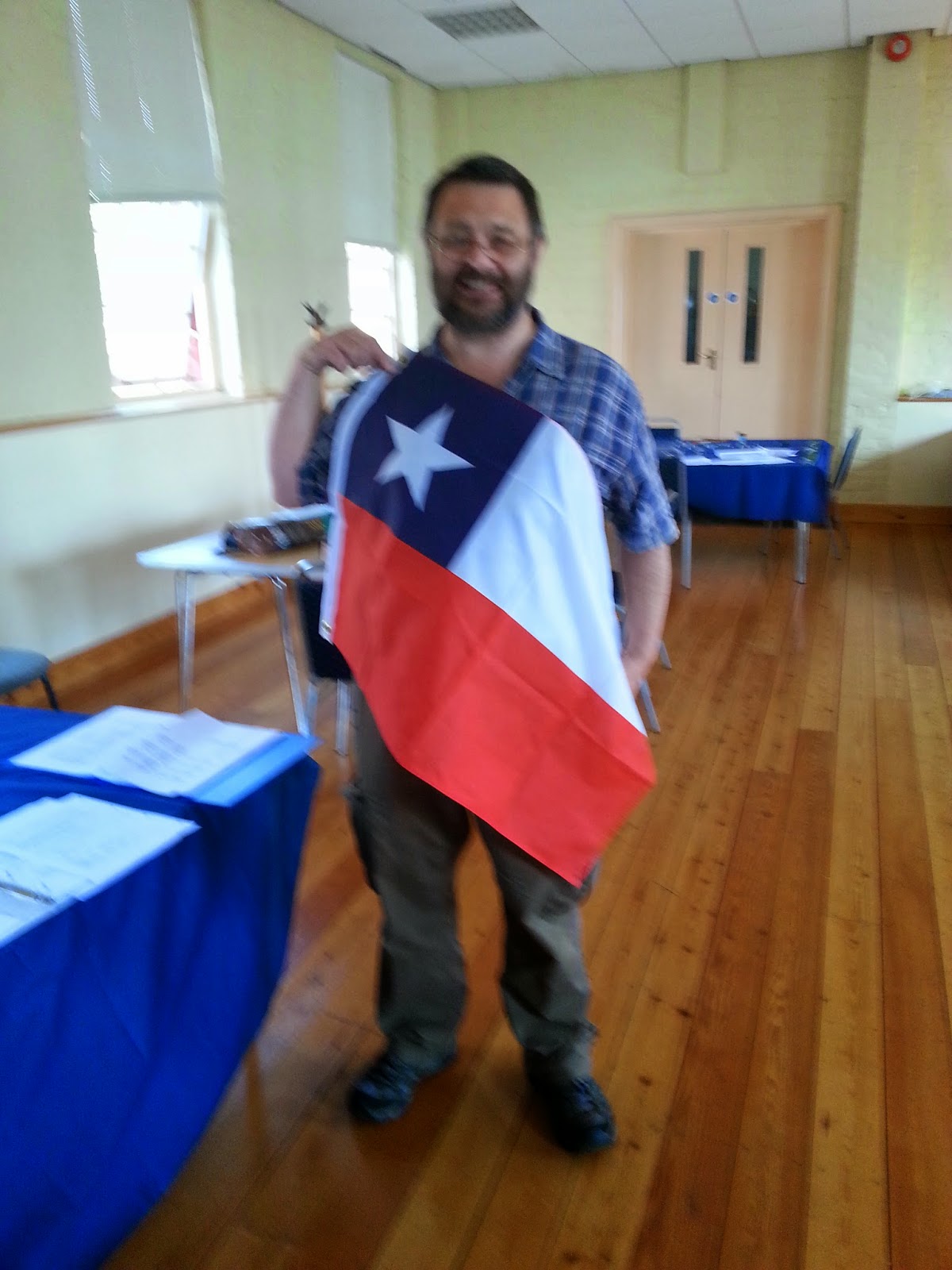 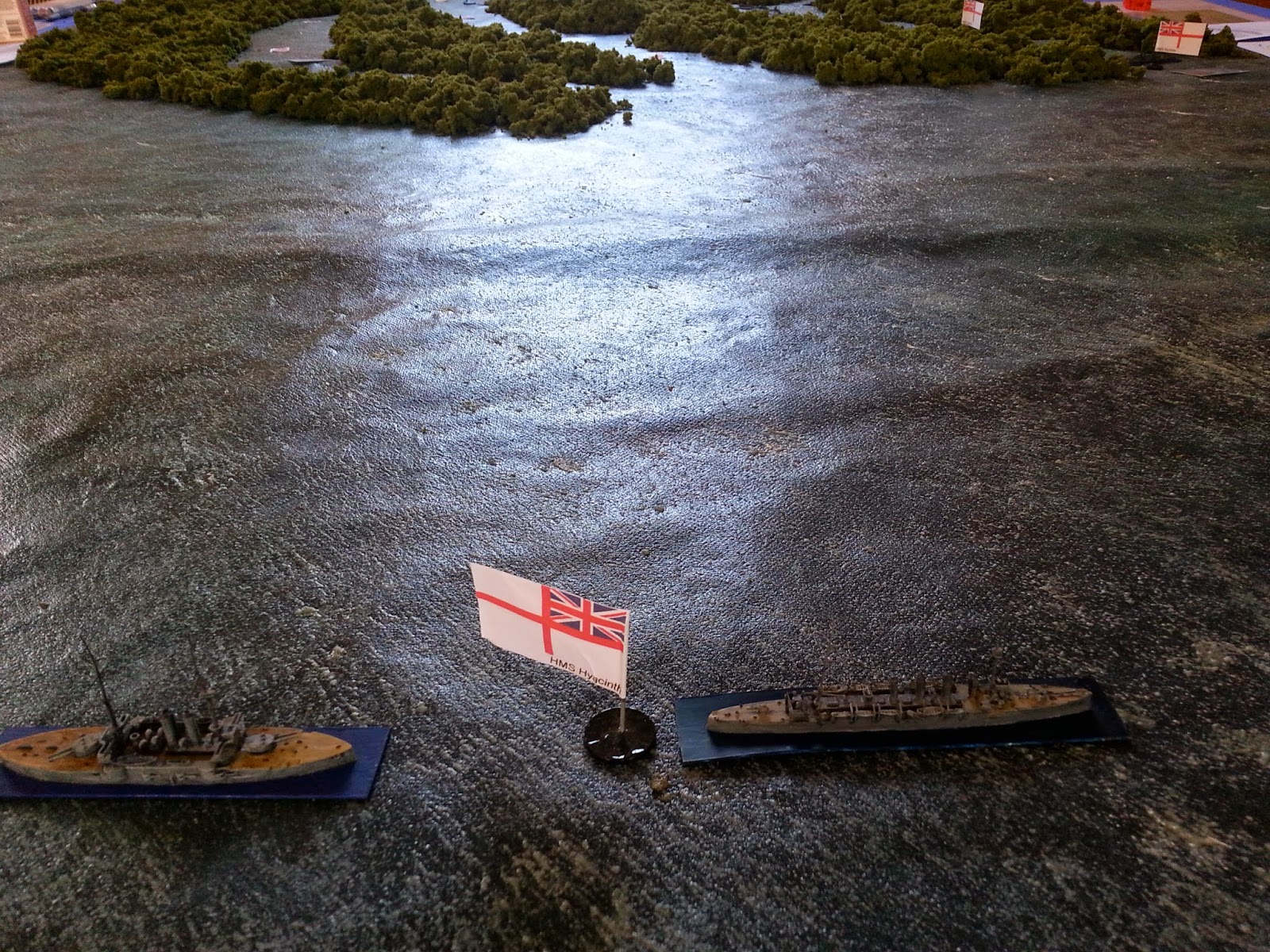 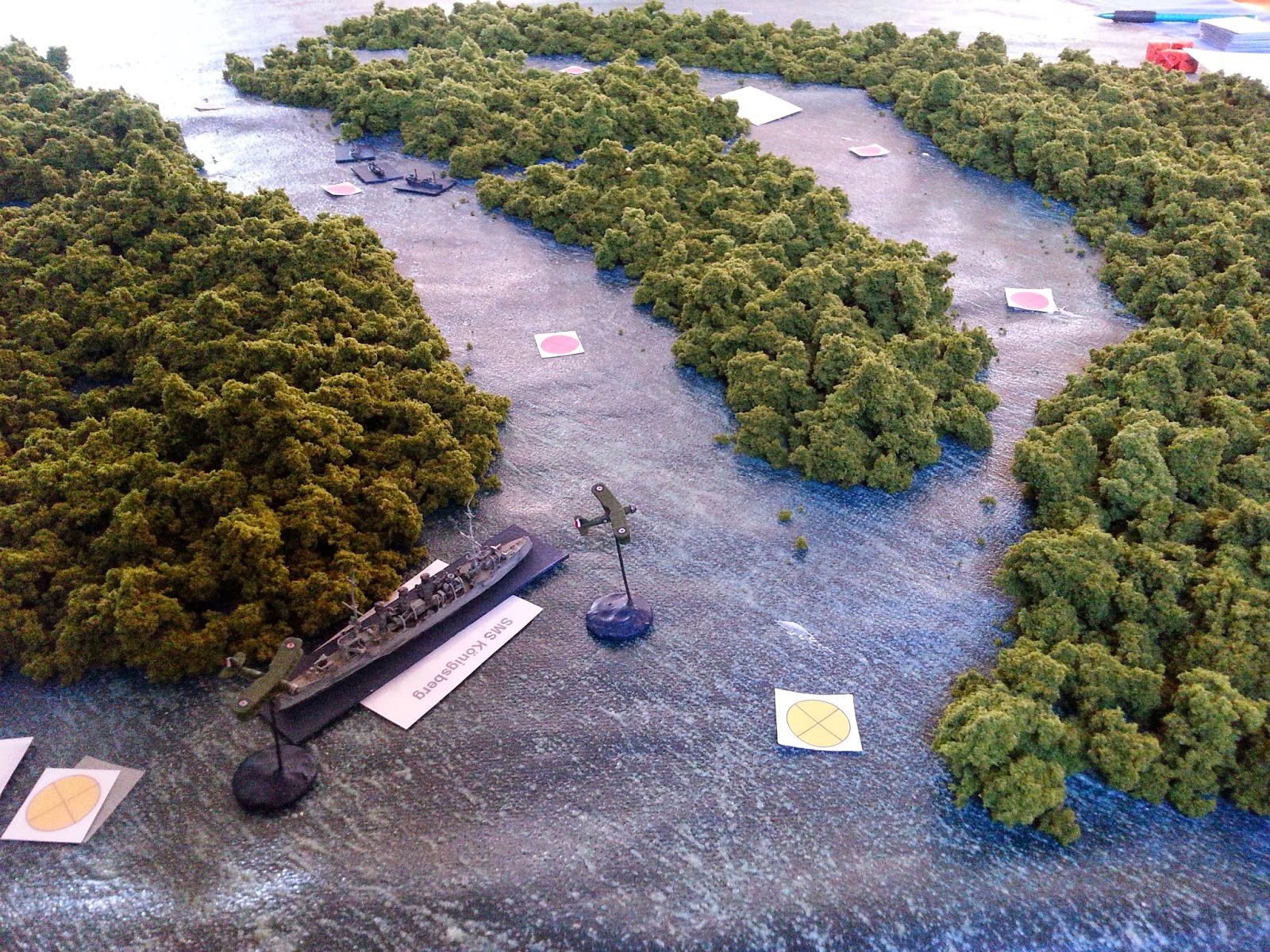 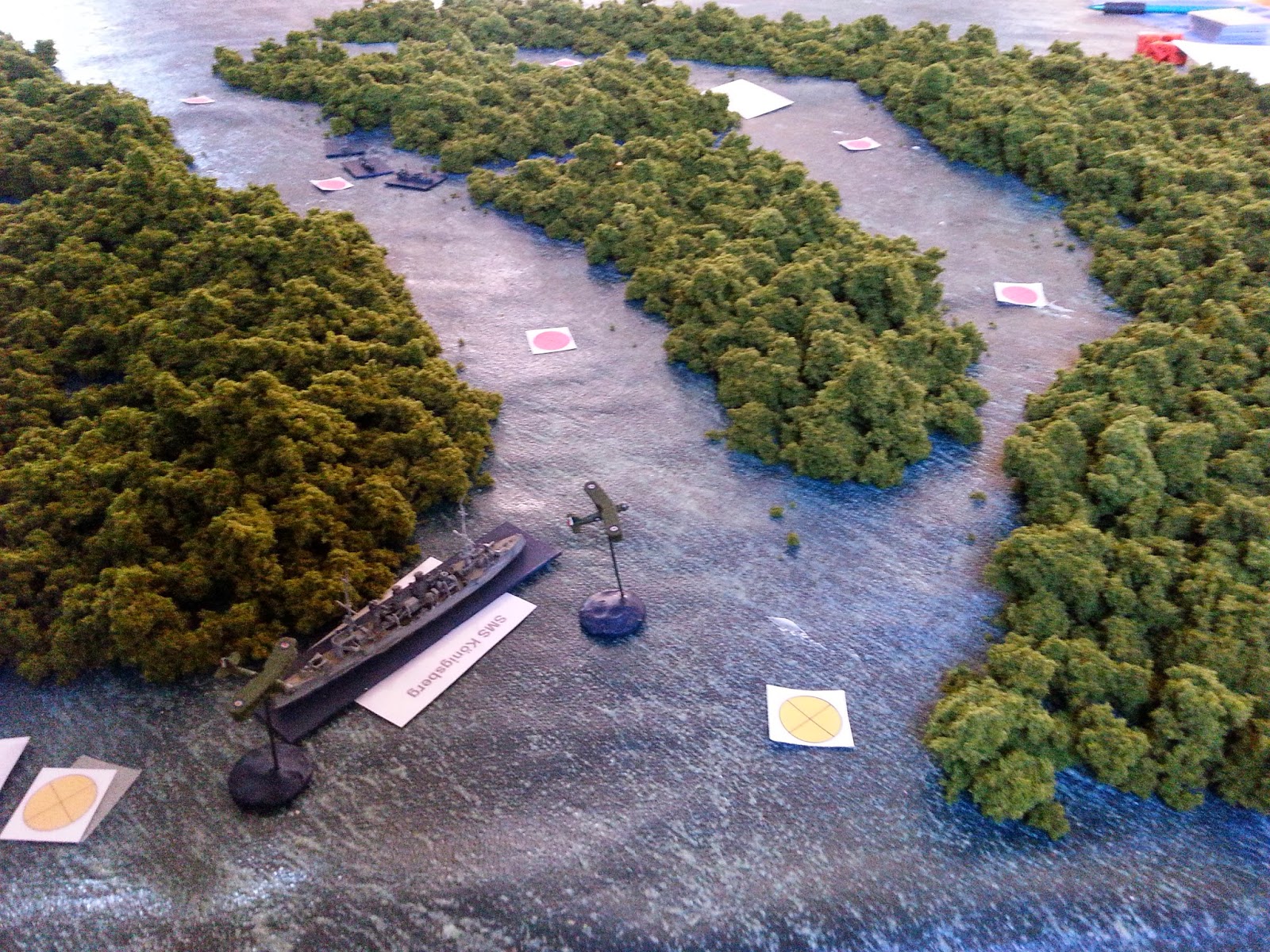 So, another couple of days of naval fun, and just about everyone looking forward to the 5th Naval Wargames Weekend in Gosport in June 2015 :)
Posted by David Manley at 21:33 3 comments: 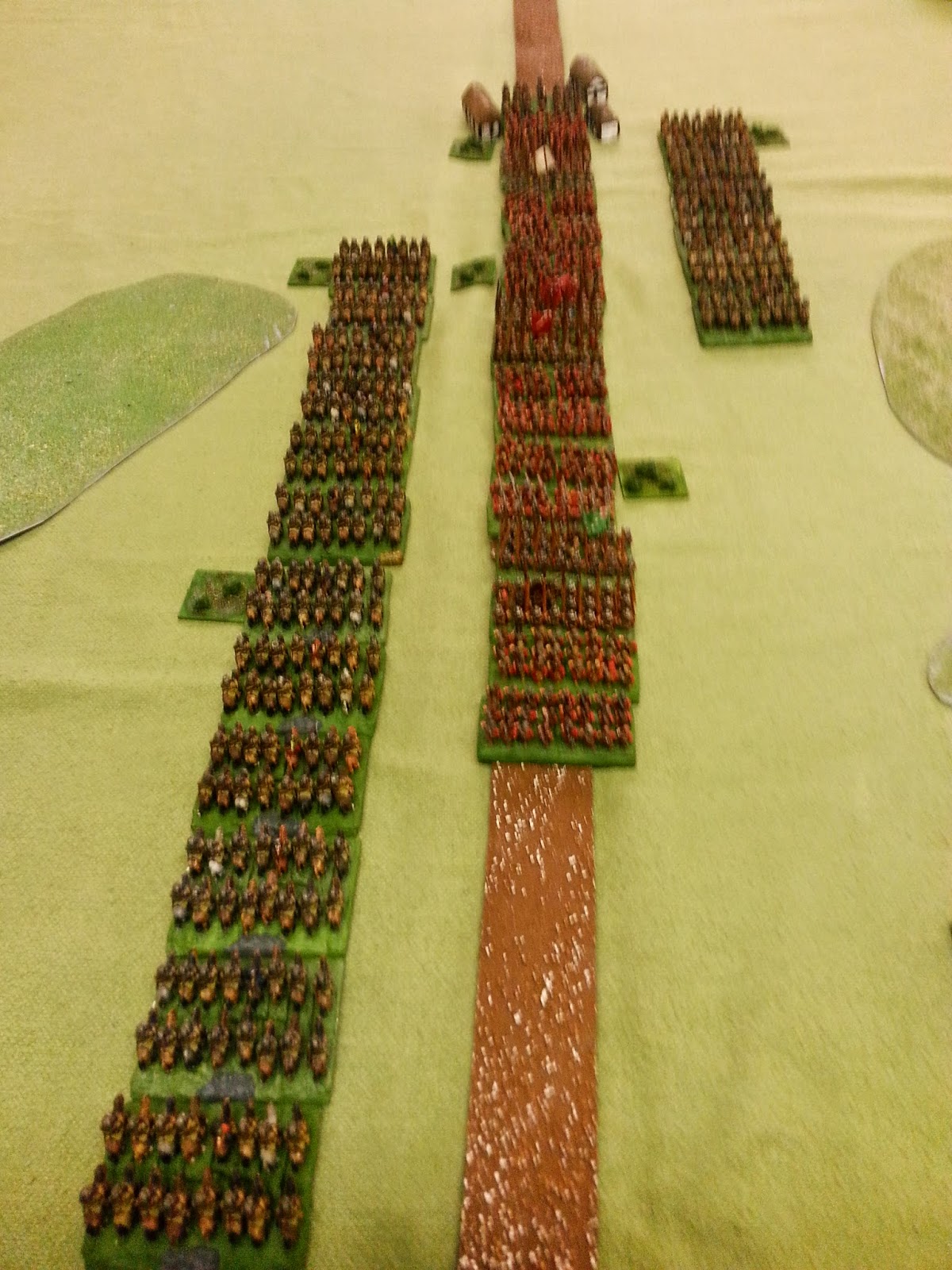 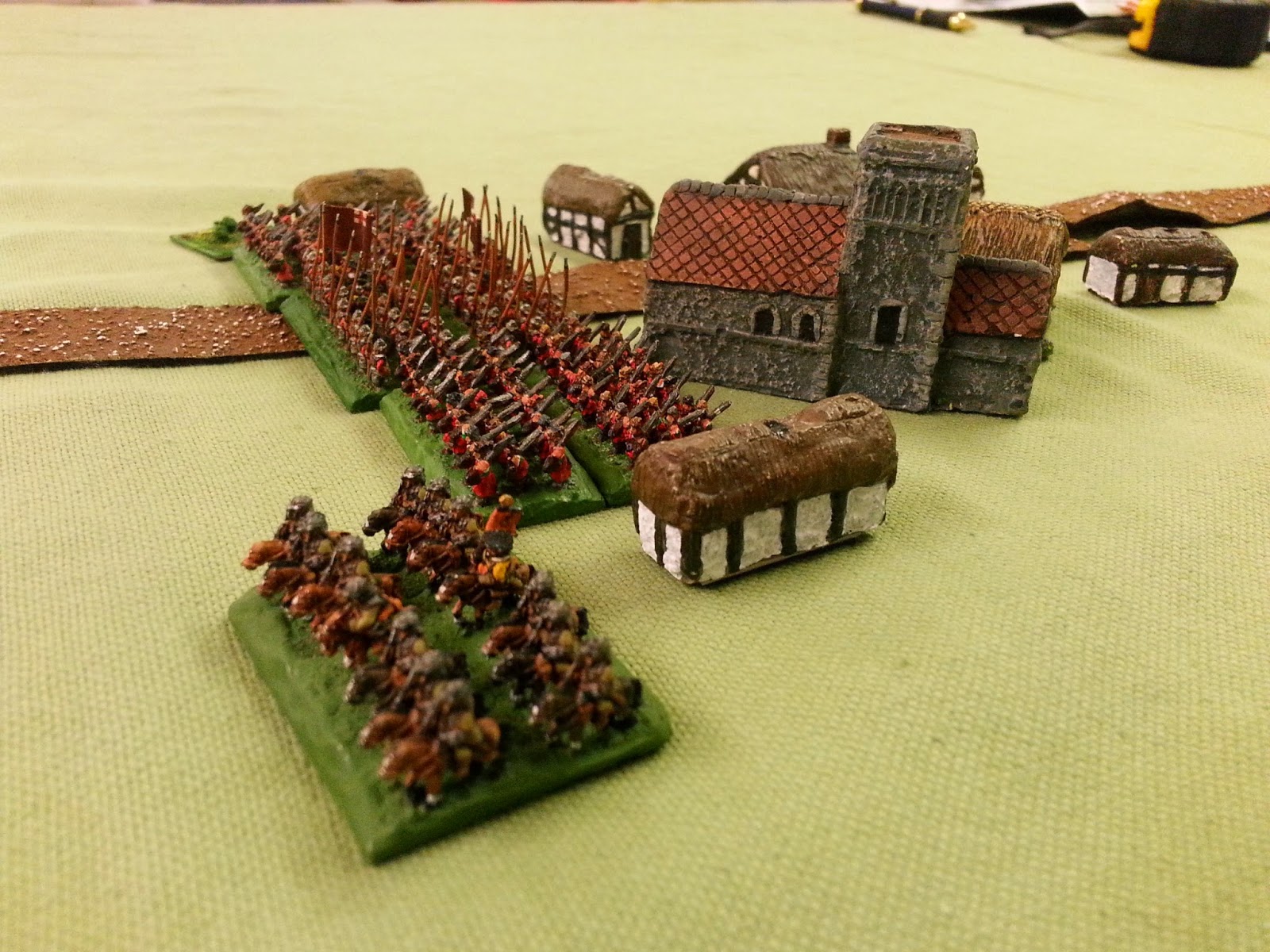 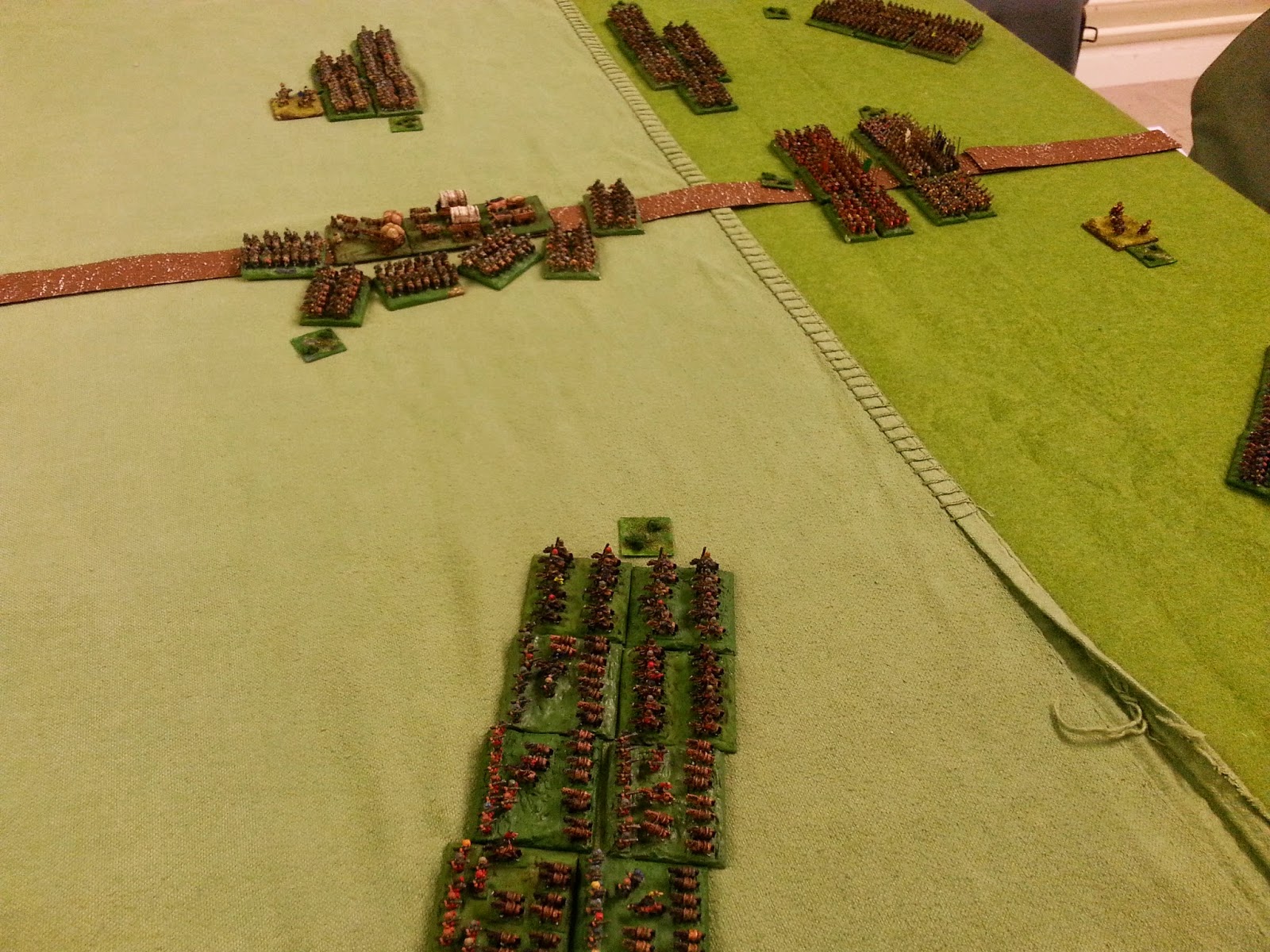 I've been quite busy recently with work stuff and helping Laura with her new pony, but today I managed to get some time to do a bit of modelling. I'm looking at running some connected FLoB games at Berkeley Vale using my PP small ships and thought that a bomb ketch or two might be useful. one particular variety of these craft had the mortar located forward, the mainmast and mizzen mast set back to make space. Obviously a conversion was on the cards 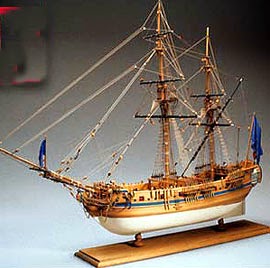 Something a bit like this, but fitting in with the PP range, that's whats needed 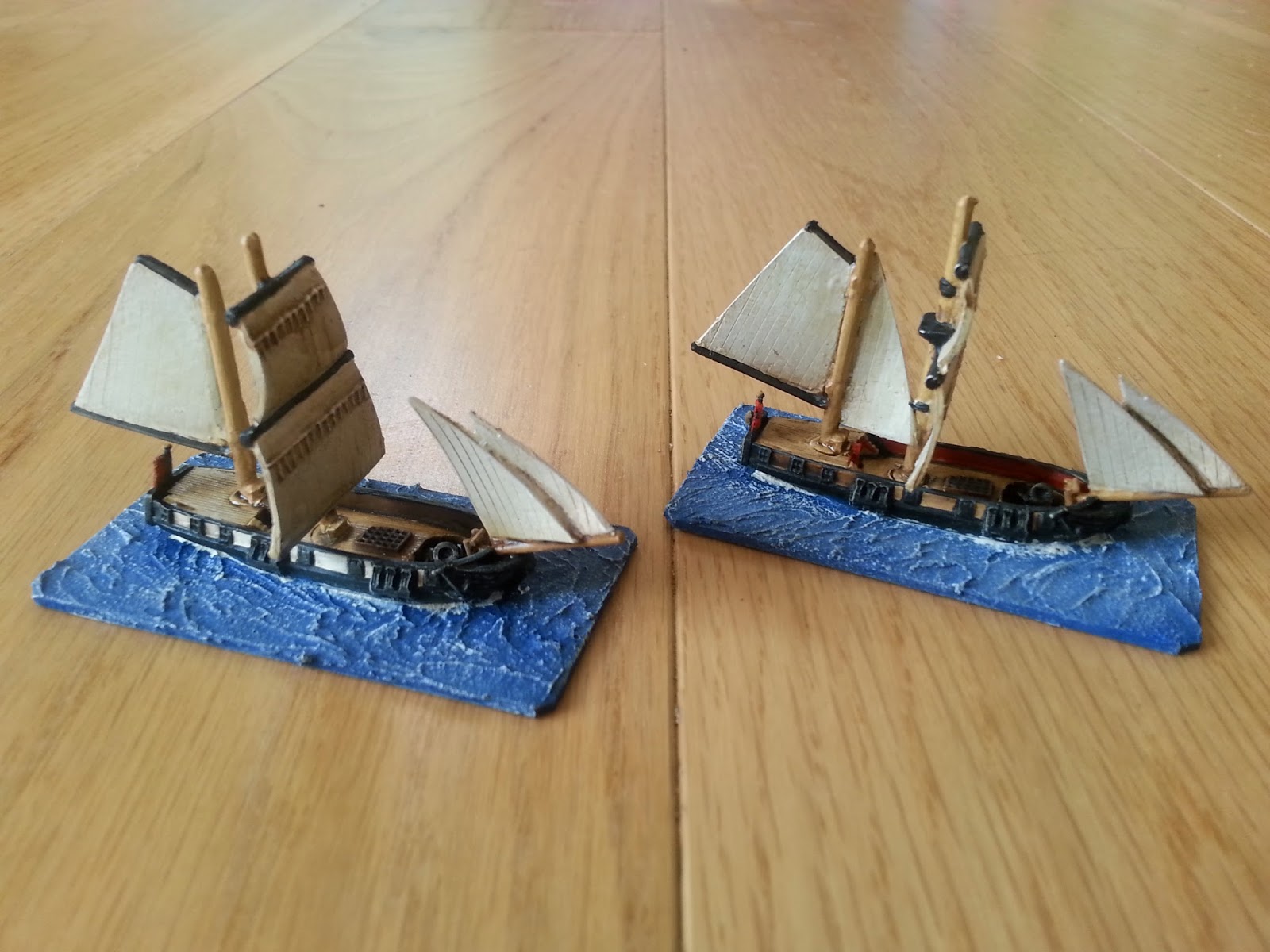 The source model for the conversion was the "Small Ship - Schooner" from Peter Pig's "Pieces of Eight" range. I drilled a large hole in the foredeck, expanding the original hole there. the bottom of the hole was blanked and a scratch built mortar on a turntable added. 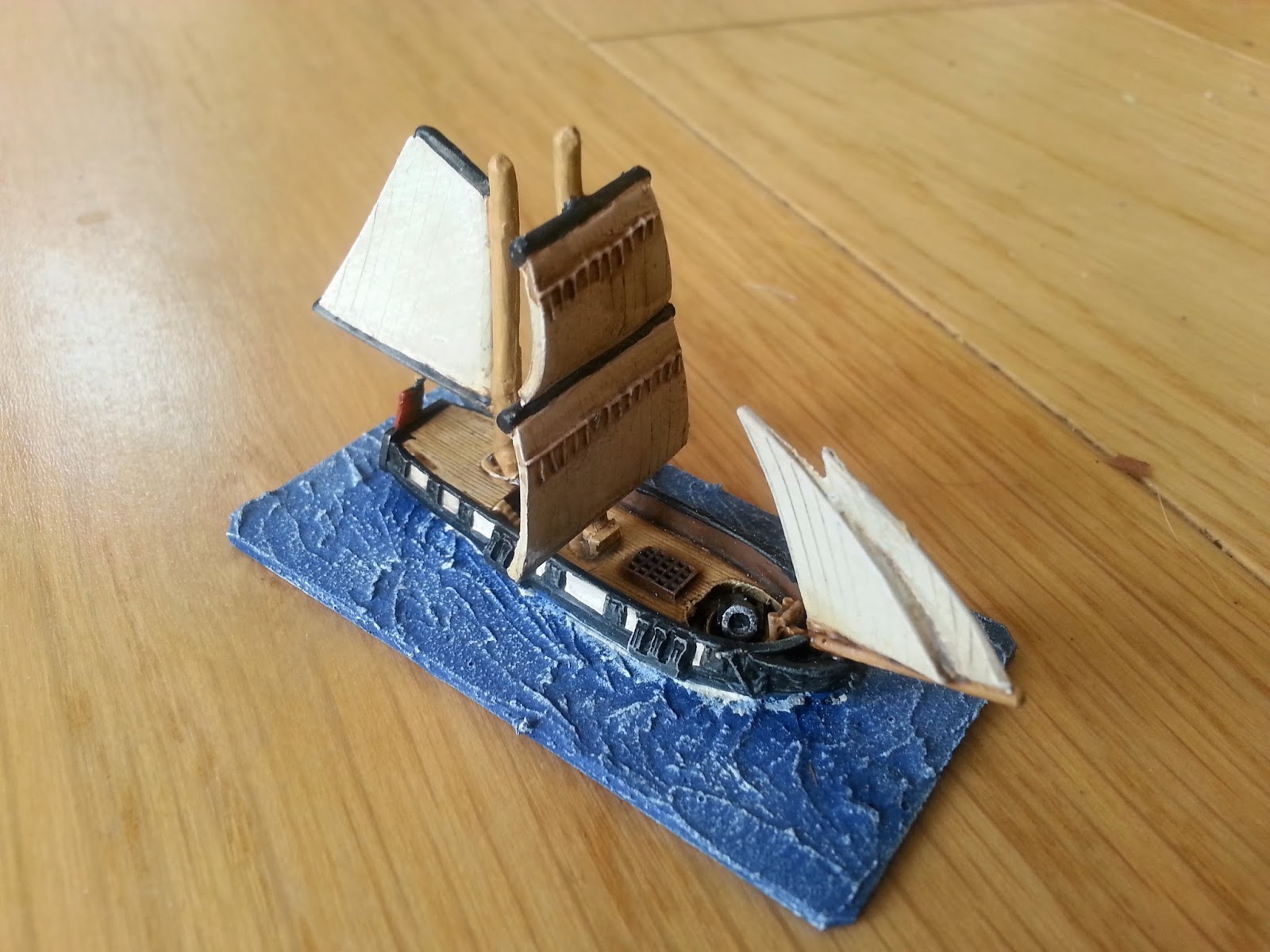 The foremast was located in the hole intended for the mizzen mast, and the mizzen relocated to a new hole drilled in the poop deck. To be accurate I should have sanded away the channels and made some new ones, but to be honest I felt it was a lot of effort that could have damaged the hull sides for little effort, so i decided to leave them alone. All in all a fairly simple conversion, not entirely accurate but in keeping with the style of the original PP models. 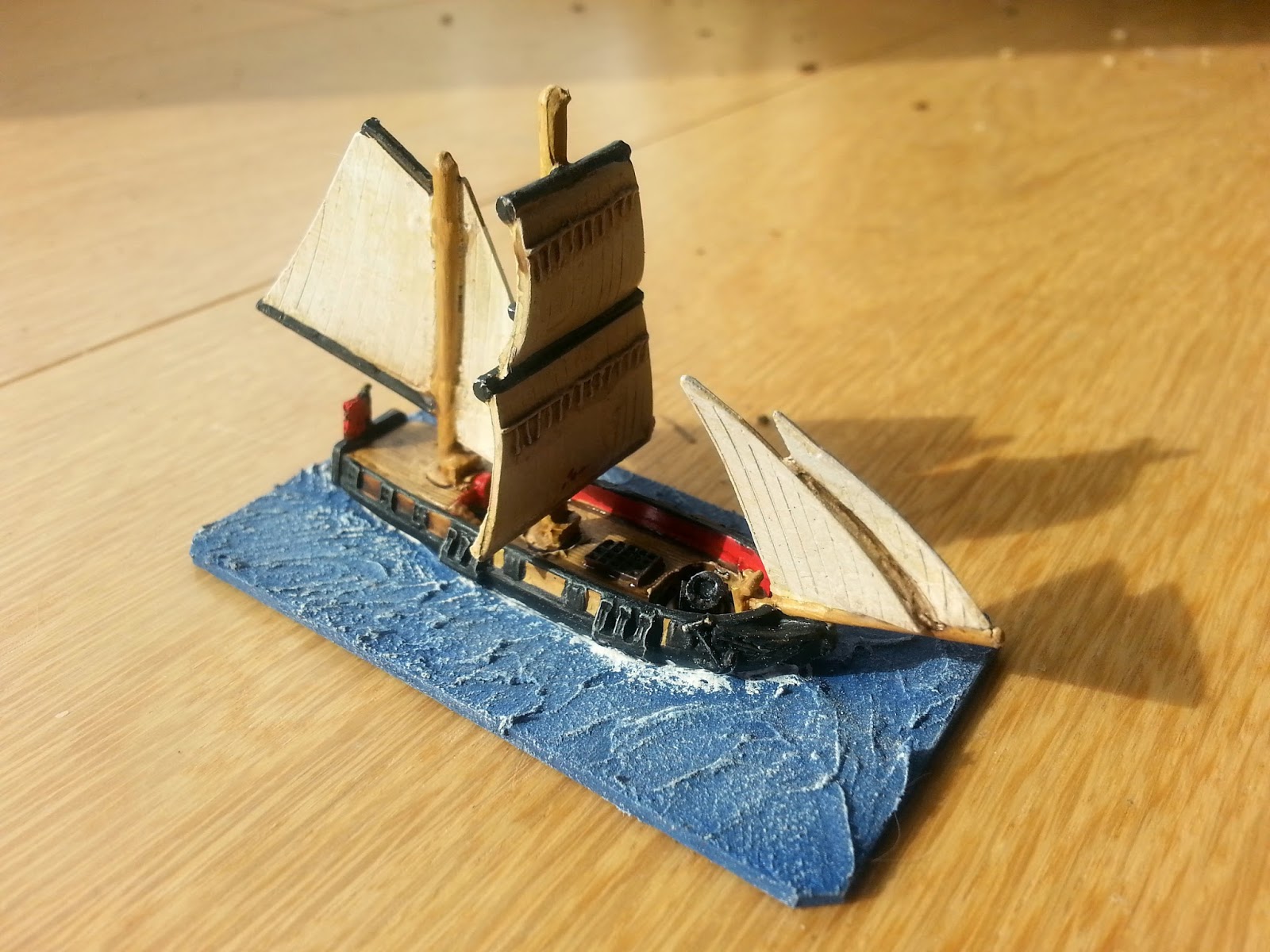 All in all I was quite pleased with how these turned out. All being well they'll be in action tomorrow night.
Posted by David Manley at 22:06 3 comments: