Probably THE most anticipated naval wargaming releases this year has to be "Sails of Glory", the new age of sail game from Ares. Now, you will be familiar with Ares as the publishers of the astoundingly popular and playable "Wings of Glory" game, which rose from the ashes of Nexus' "Wings of War". The "USP" of these games are the pre-painted 1/144 models which makes the game a truly "play out of the box" experience. Well, the same goes for "Sails of Glory" - or at least it will do come August when the Kickstarter supporters around the world (me included) get their copies and the game is released. 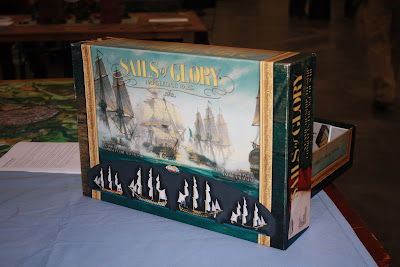 I got hold of a pre-pub set of components and models last monday for my demo/parti game at the Naval Wargames Show. This set is obviously more pre-pub. than the set I saw at Salute (see earlier pictures) as the counters are made from foam core, as are the ship bases (the Salute set had plastic bases) - problem with the foam core is that it is way shallower than the plastic bases and so the peg sticks out along way through the bottom and makes the models "teeter" on the table (no real matter as they are pre-pubs after all, so I'm tempted to trim the pegs slightly to make the models "sit" better for the NWS game). Also, no box included in this demo set, which will lessen the impact of the game and display, but I guess we'll cope. 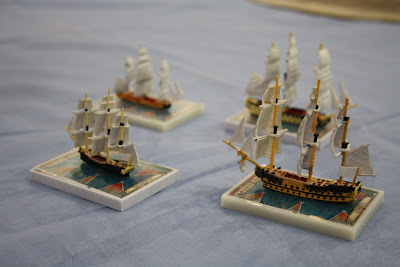 Anyway, now that I have a set of models its give me a chance to take a decent look at them, and to compare them with my existing 1/1200 models. I must say I'm quite pleased. The detail is good, slightly heavier than a typical 1/1200 model but not noticeably so, and certainly not when viewed from more than a foot away. The paint jobs are pleasing - perfectly good for the majority of wargamers, and a good basis for those who want to add detail; I should imagine that painting in the yards , some shading around the infill between the masts and the sails, and a light brown wash (GW "Devlan Mud" or equivalent) should have them looking superb.

So, the big question - how do they fit in sizewise with 1/1200 models? I'd say "pretty well". I've added some photos to give you an idea, plus some general shots (apologies for the quality but I'm stuck with using a camera phone just now). 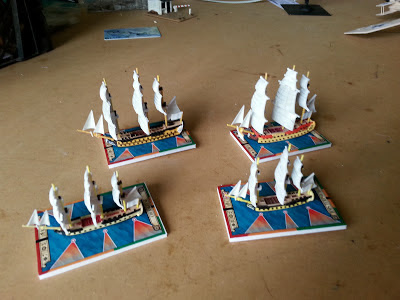 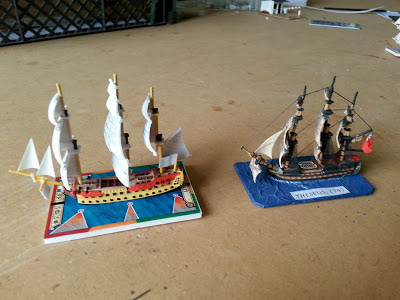 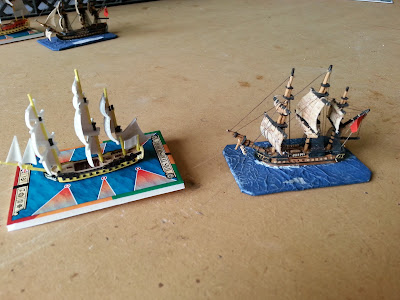 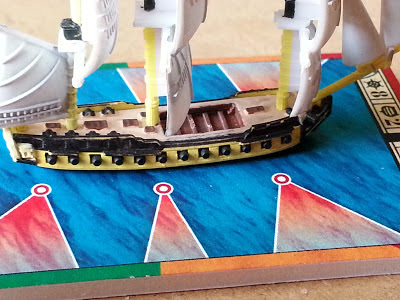 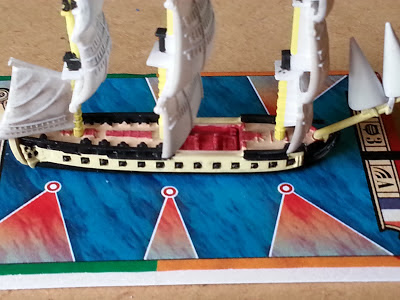 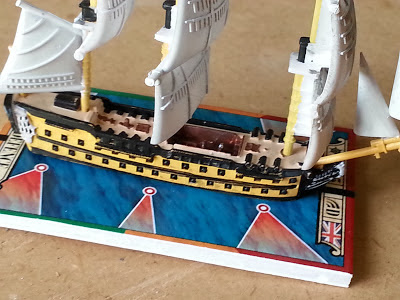 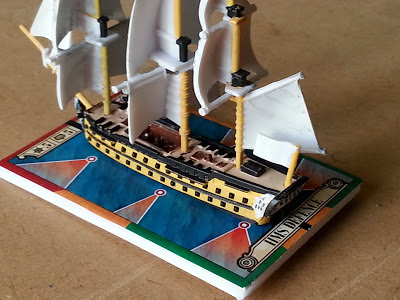 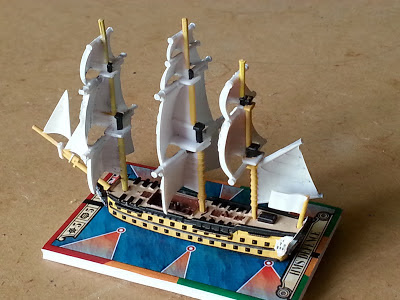 Today was "Star Trek D-Day" here. Liz and I had the day off to go and see the morning showing down in Bristol - but then last night  I kind of ended up going to see the 00:05 showing too. What can I say? Amazing. Loved it! plenty of scope for spoilers so I'll shut up now, but just to say Benedict Cumberbatch is the best Trek villain bar none!