Just a quick post with an update on the developing "Mad Max" collection. I decided I needed some bigger vehicles so I've just completed a post-apoc "bendy bus" and the obligatory petrol tanker. 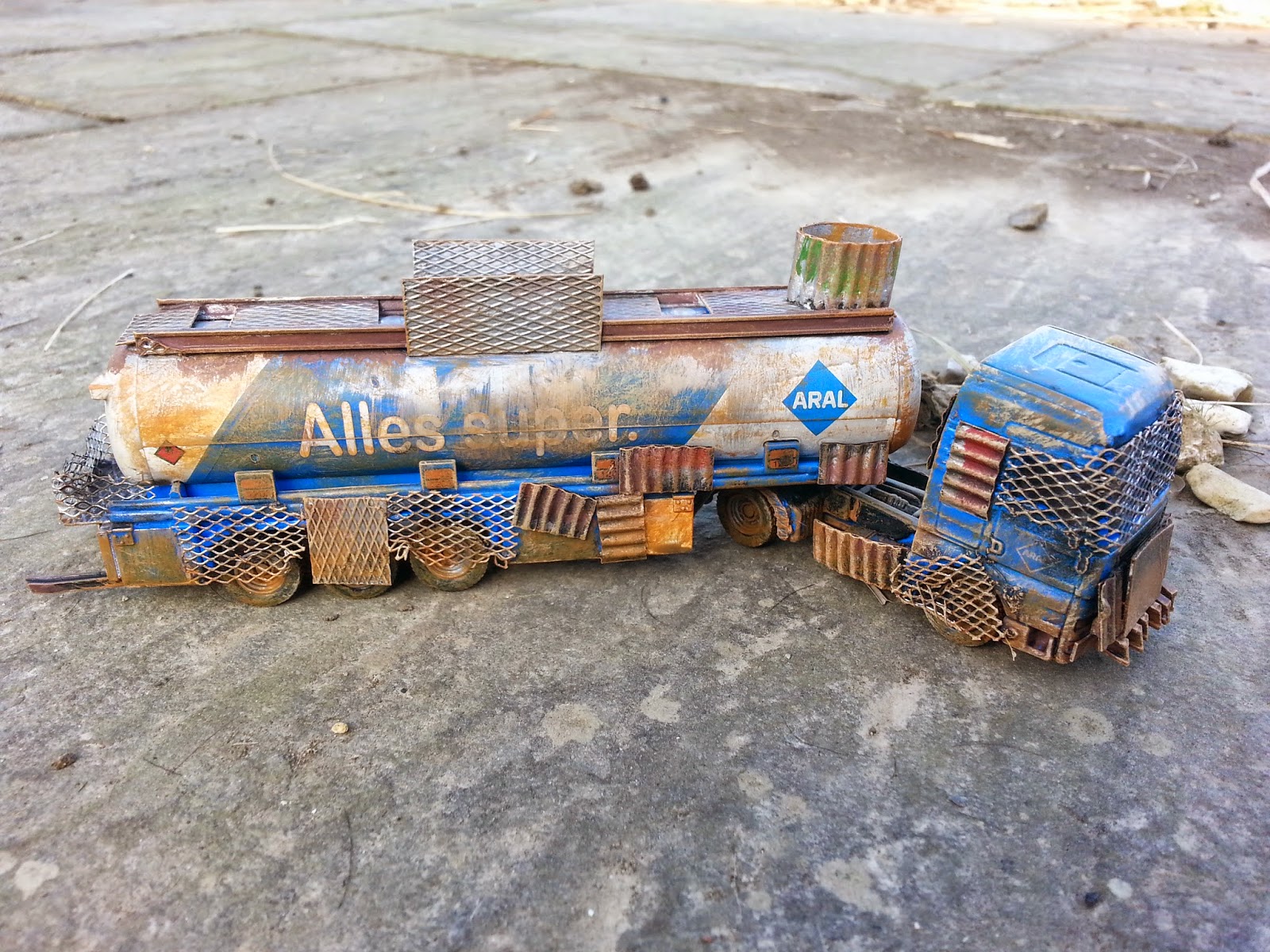 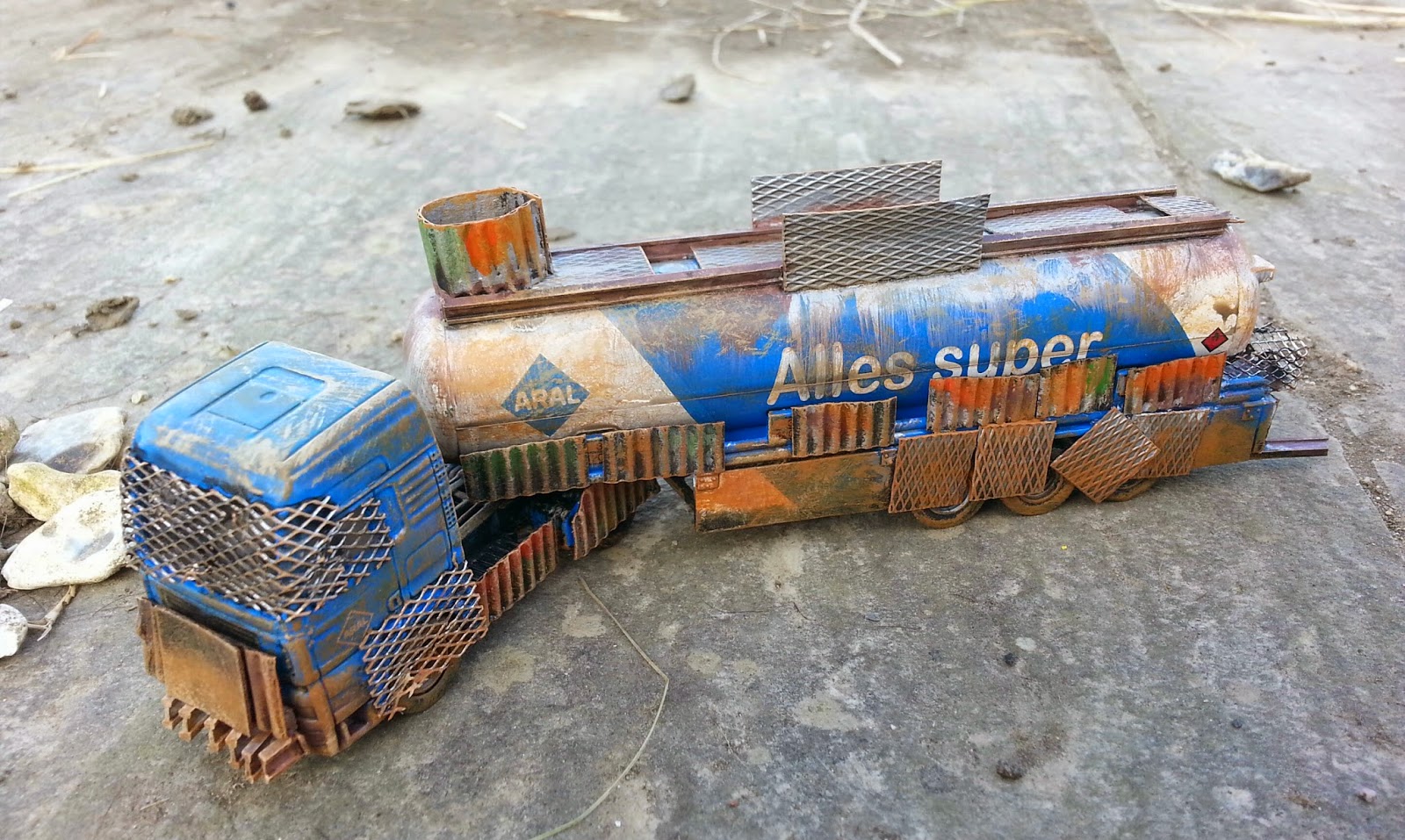 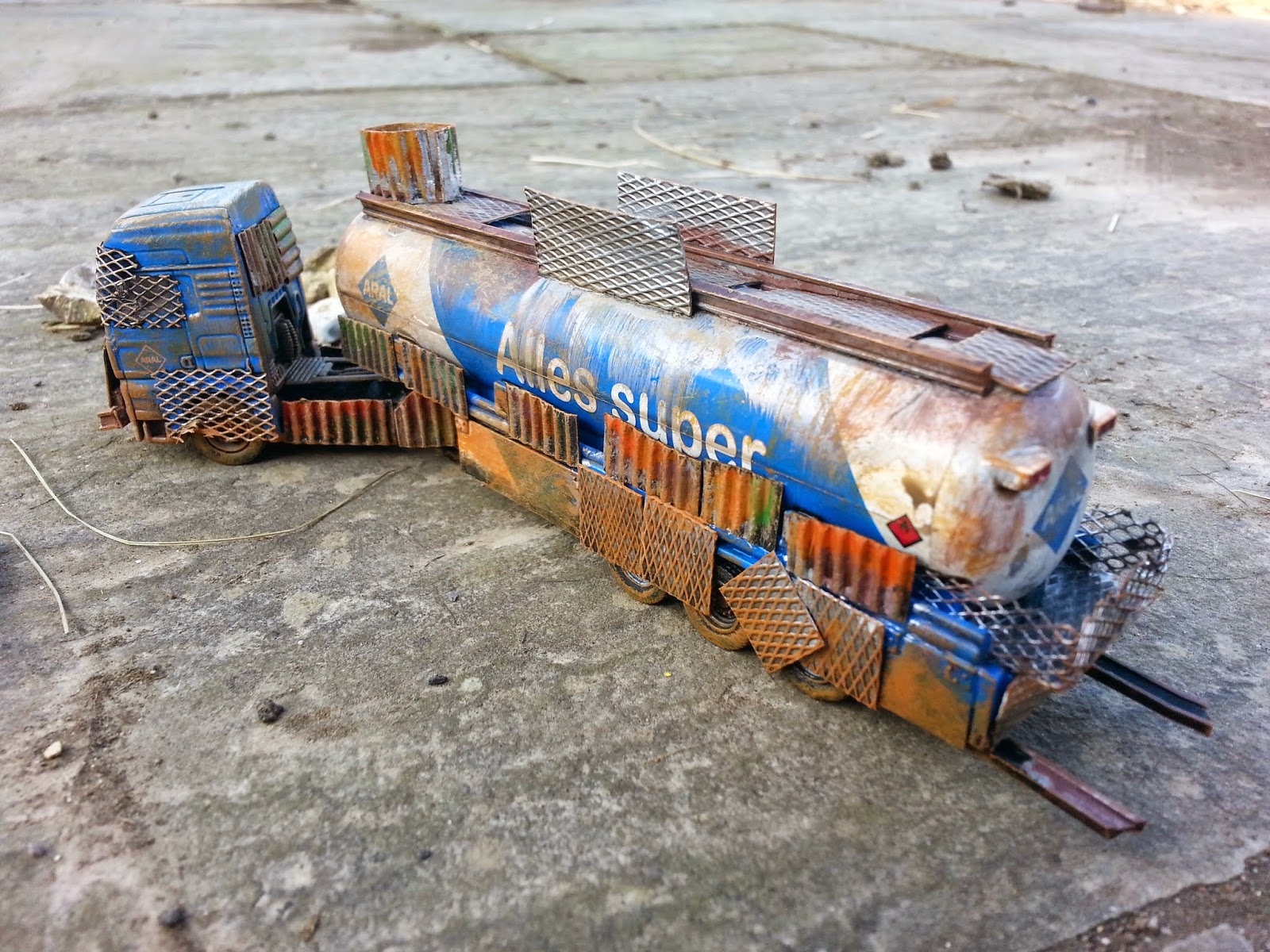 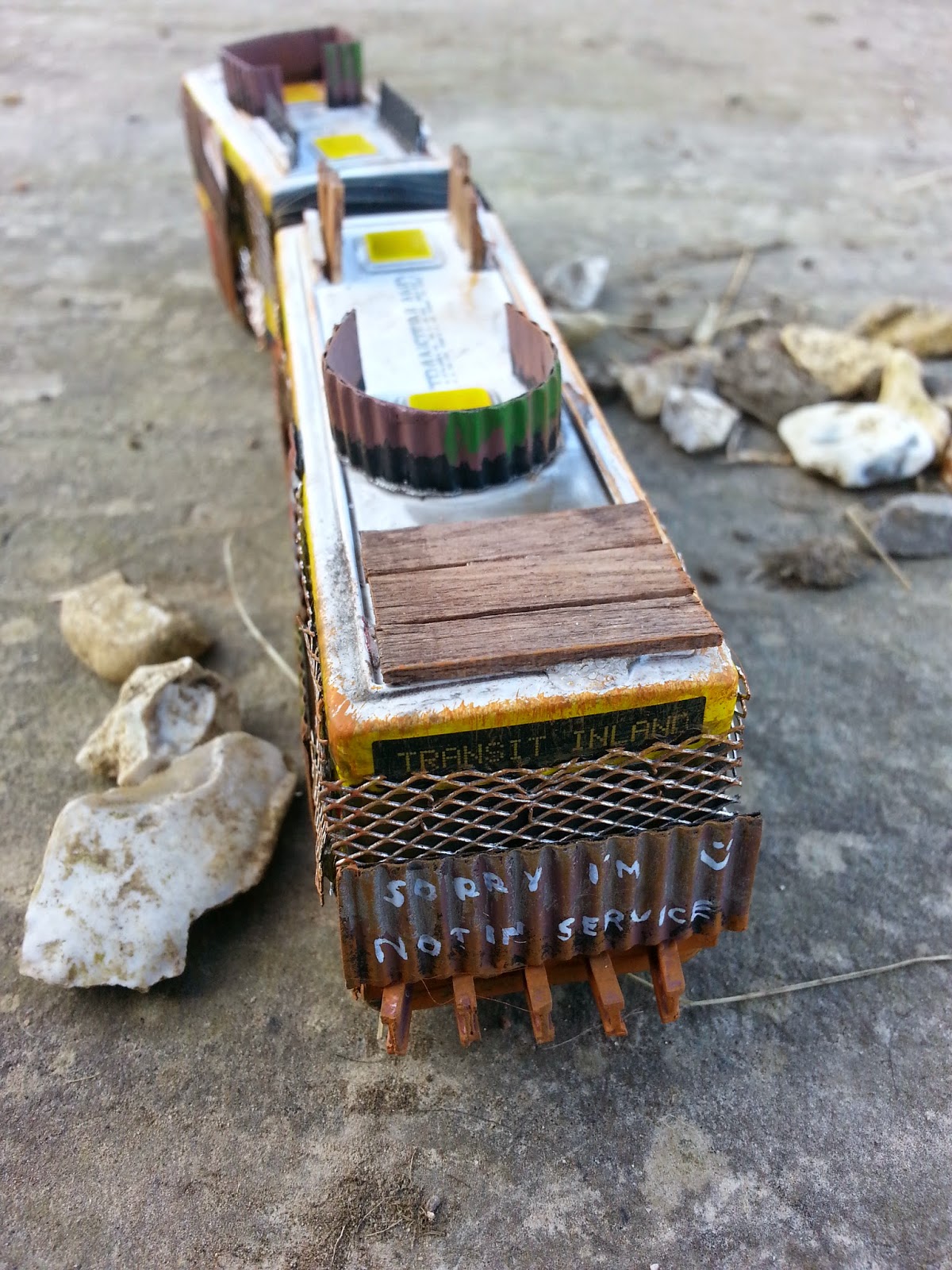 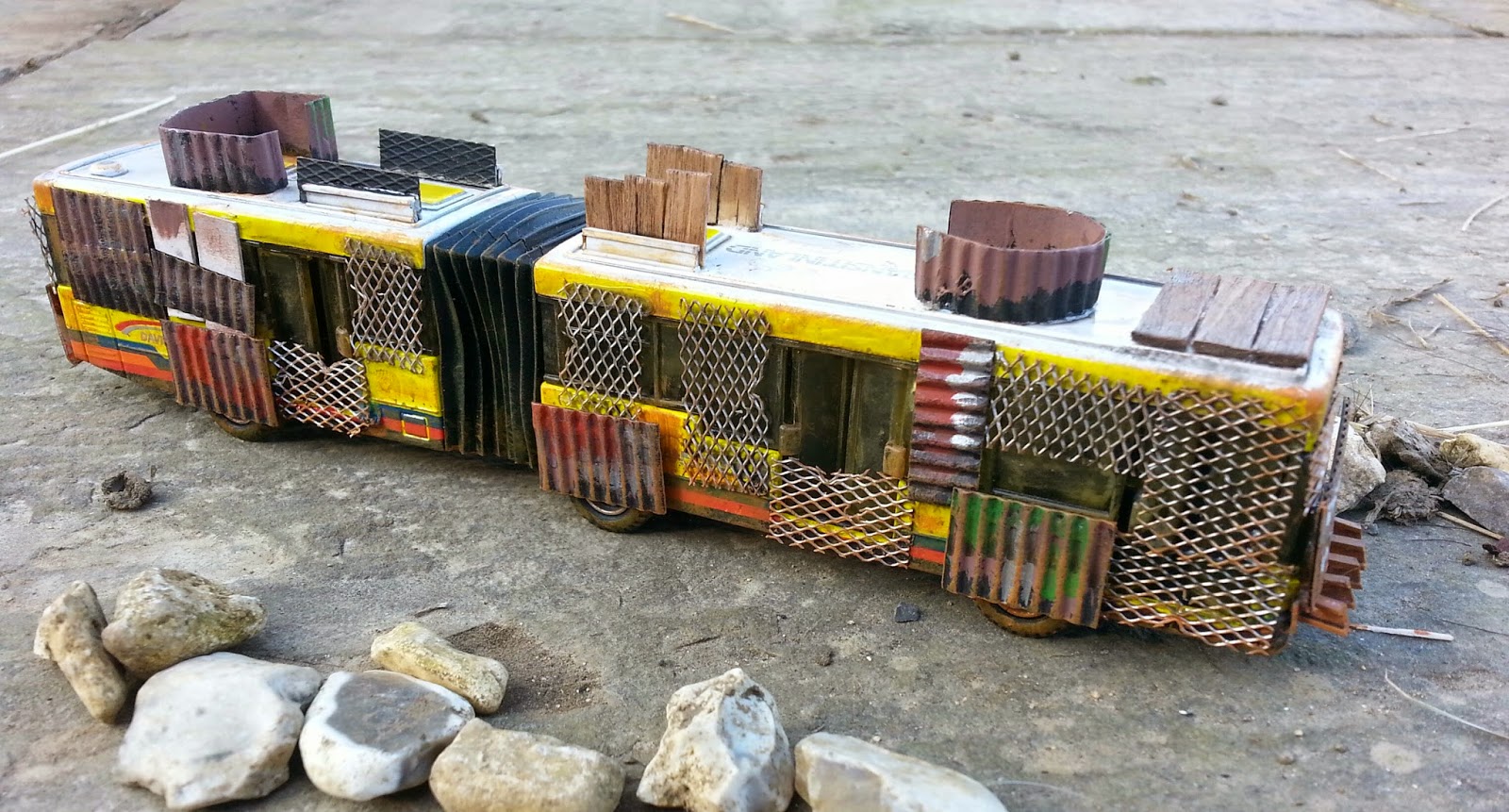 I'm quite pleased at how they came out, although the corrugated "cardboard" looks a bit too neat so I might distress the edges a bit more. The next job will be to do a few figures from the Caesar plastic figure sets I picked up at Alumwell.

One of my chums, on hearing about the bus, said "why didn't you do a Routemaster?" - looks like the subject for my next model is decided!
Posted by David Manley at 09:59 7 comments:

A Day Out at Alumwell

I've spent the day at the Alumwell wargames show, aka WMMS. Its the first time I've been for many years, certainly the first time at its current venue and I was very pleasantly surprised. I was helping Alan Millicheap out with his La Haye Sainte participation game, based on the lovely LHS model in 15mm from Foreground.

We arrived around 0830 and set up (a fairly quick task), quaffed a few cups of tea and did some early shopping. The show opened bang on 10, which was also the time I headed up to the bar to get some bacon rolls. Only one problem - they'd sold out of bacon! What kind of a wargames show sells out f bacon three minutes after opening??? Anyway, my spirits were revived with a sausage sandwich s all was well.

The show itself was lovely. A good selection of traders, I went with a short shopping list and managed to get everything on it plus some extras. And a very nice selection of games, which I hope you can judge from the pictures below. Also some excellent display models, from which I gleaned  a few new ideas. 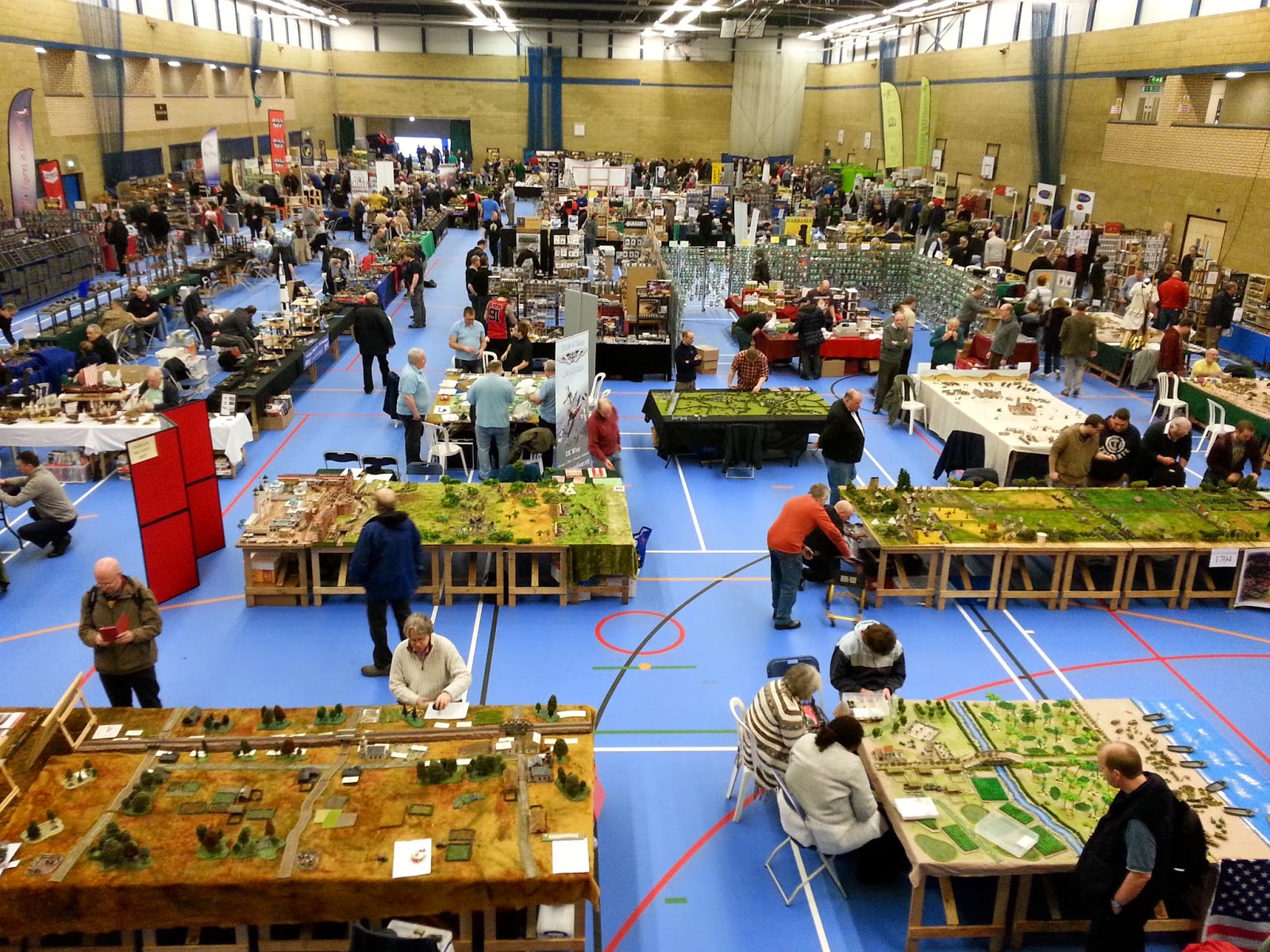 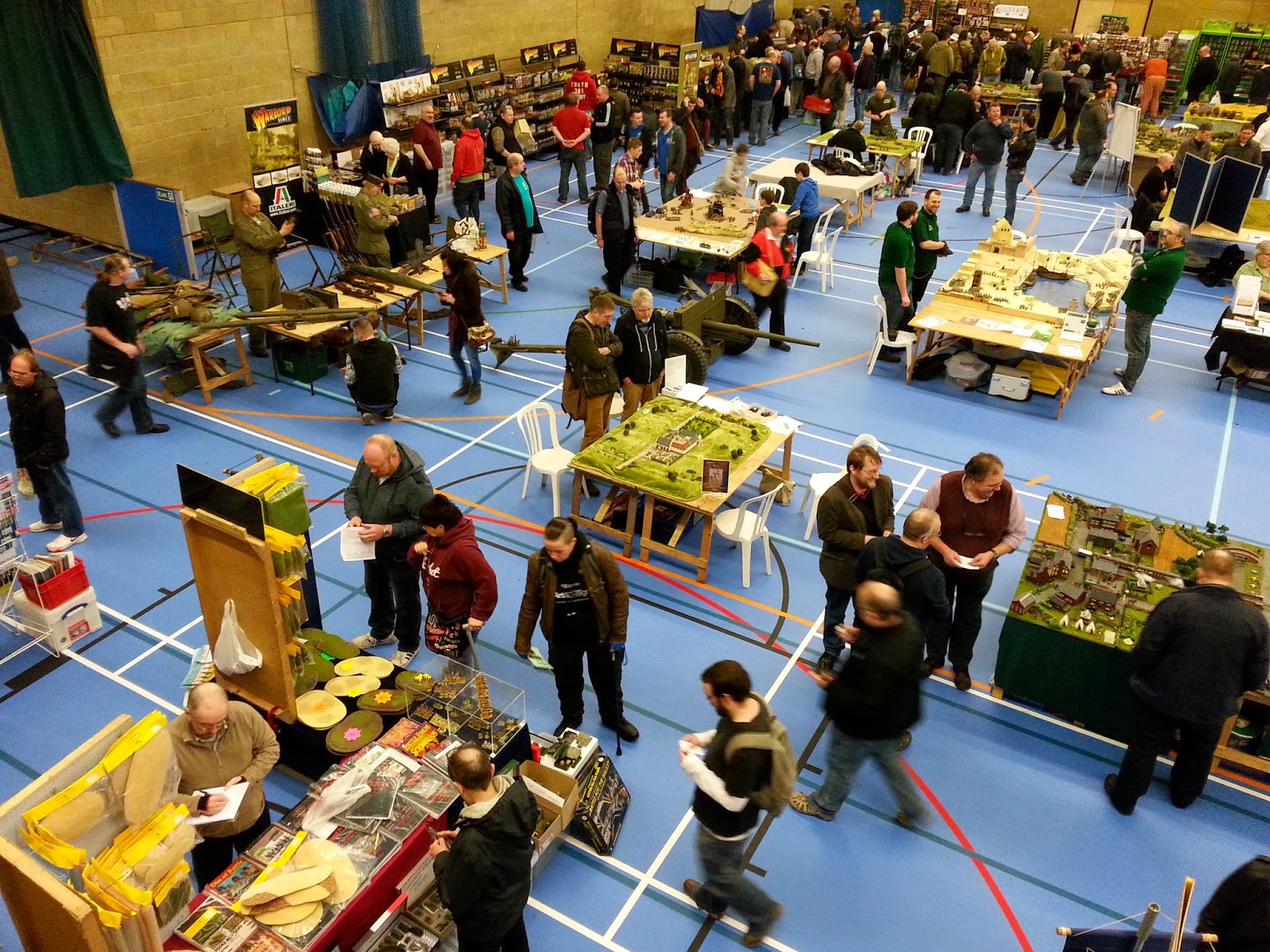 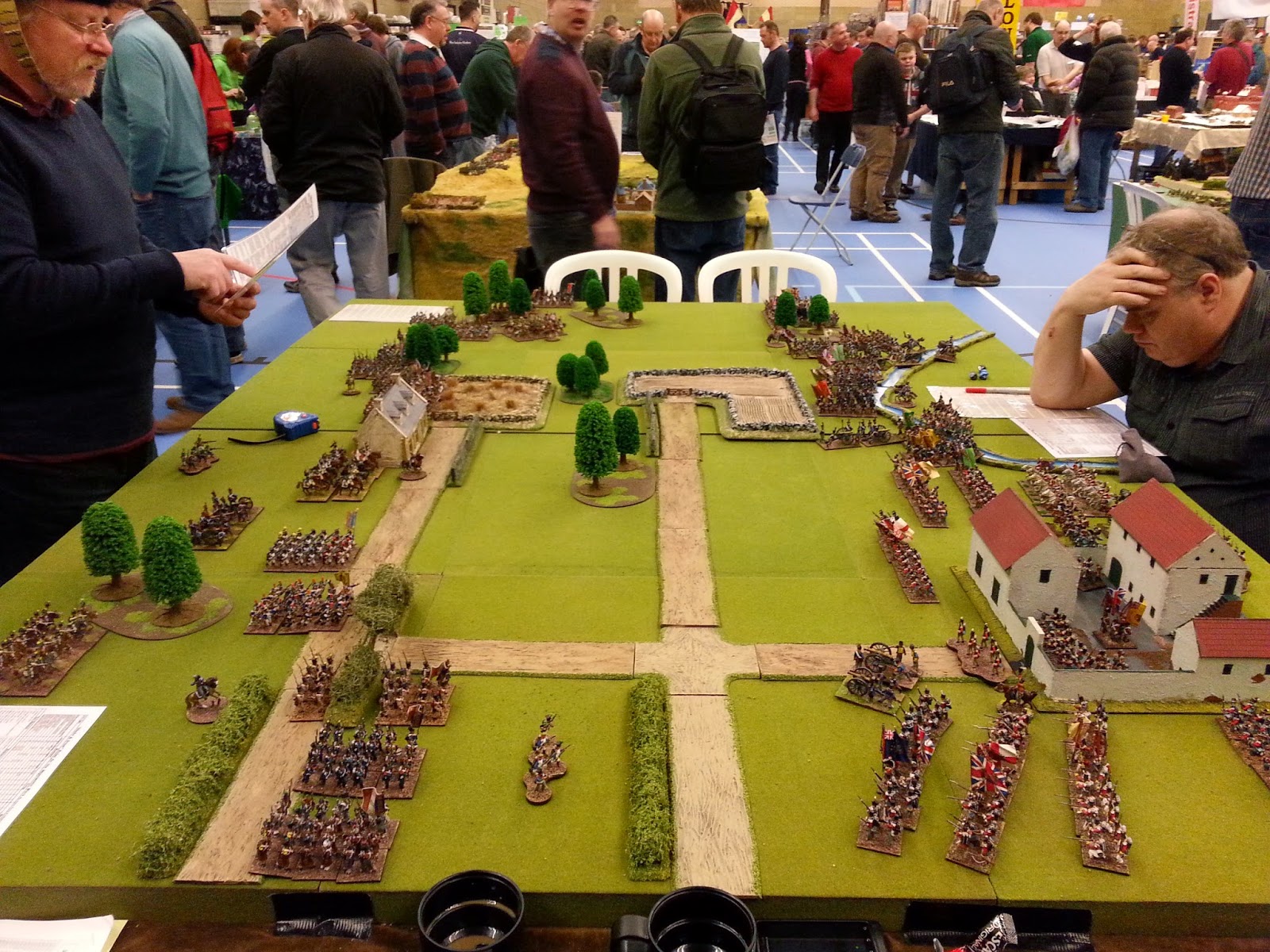 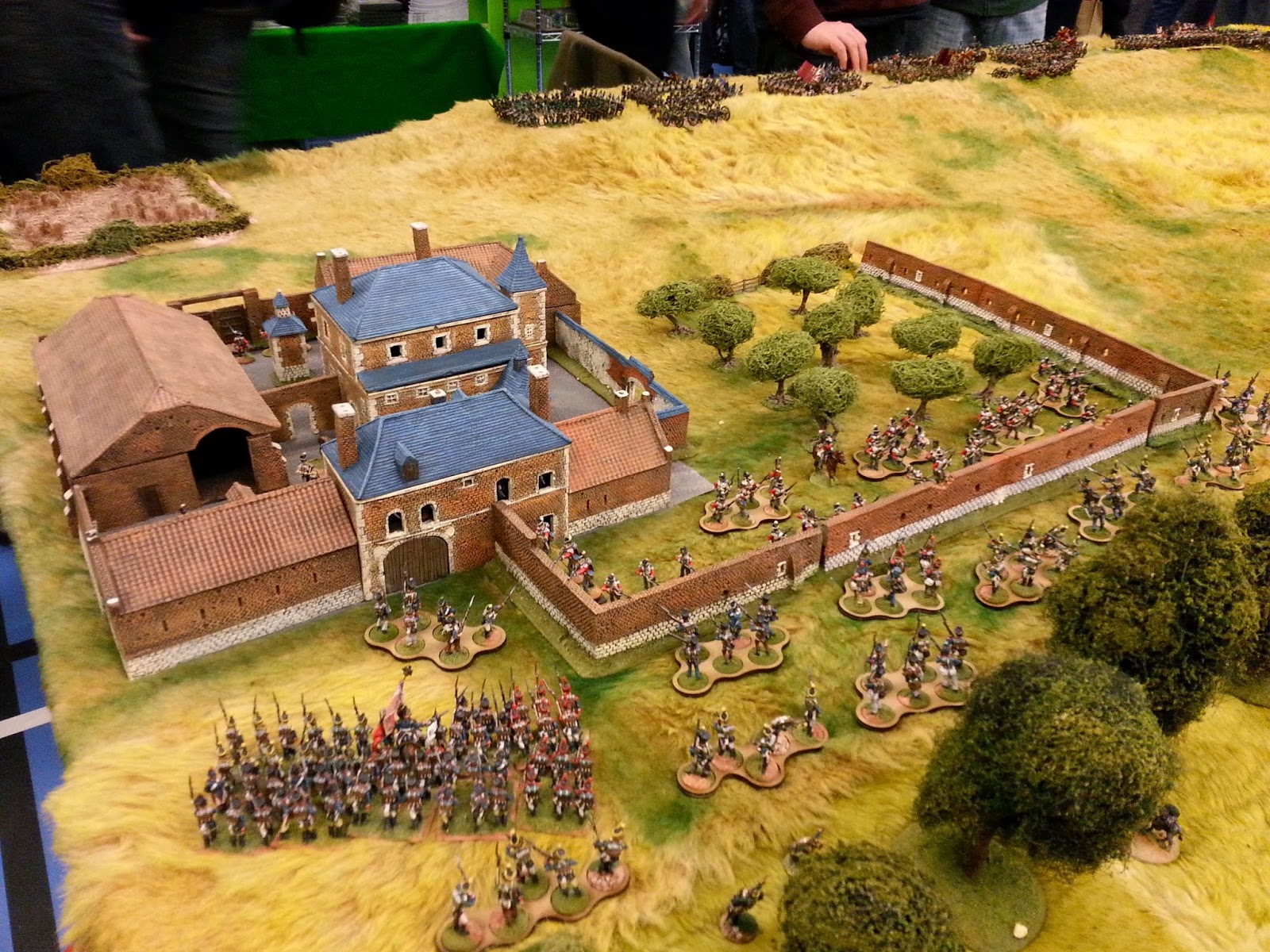 A rather nice rendition of the action around Hougomont 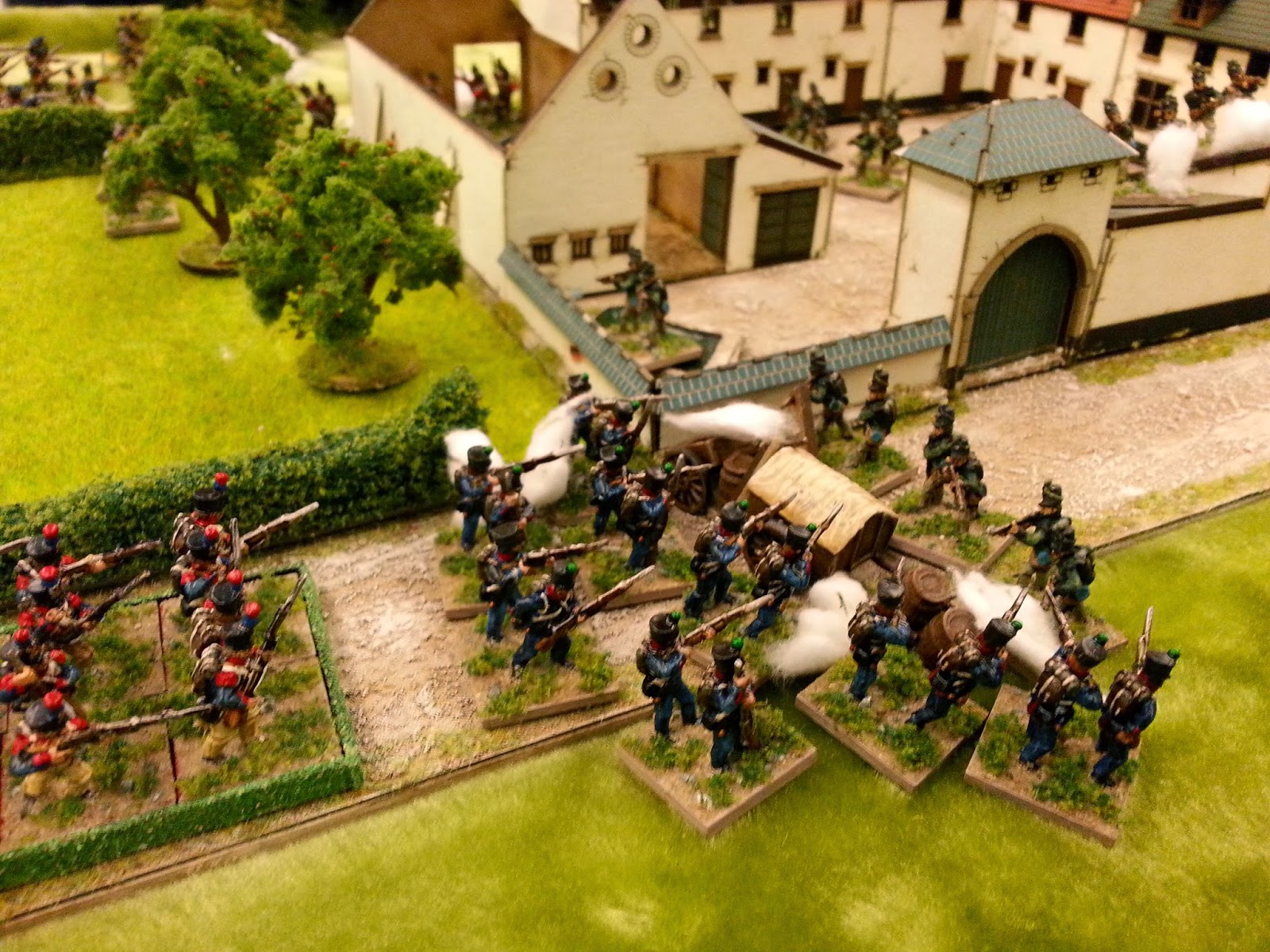 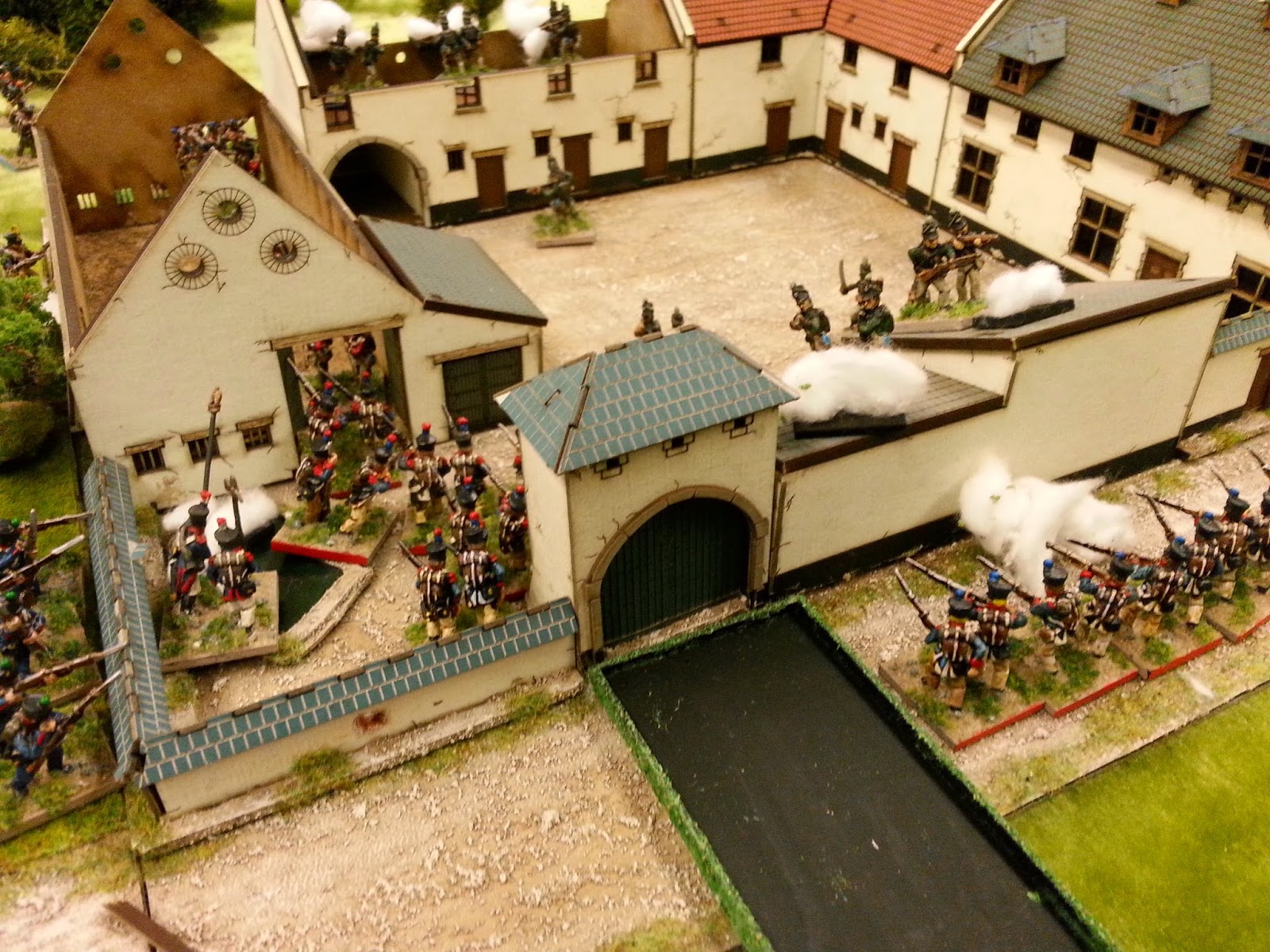 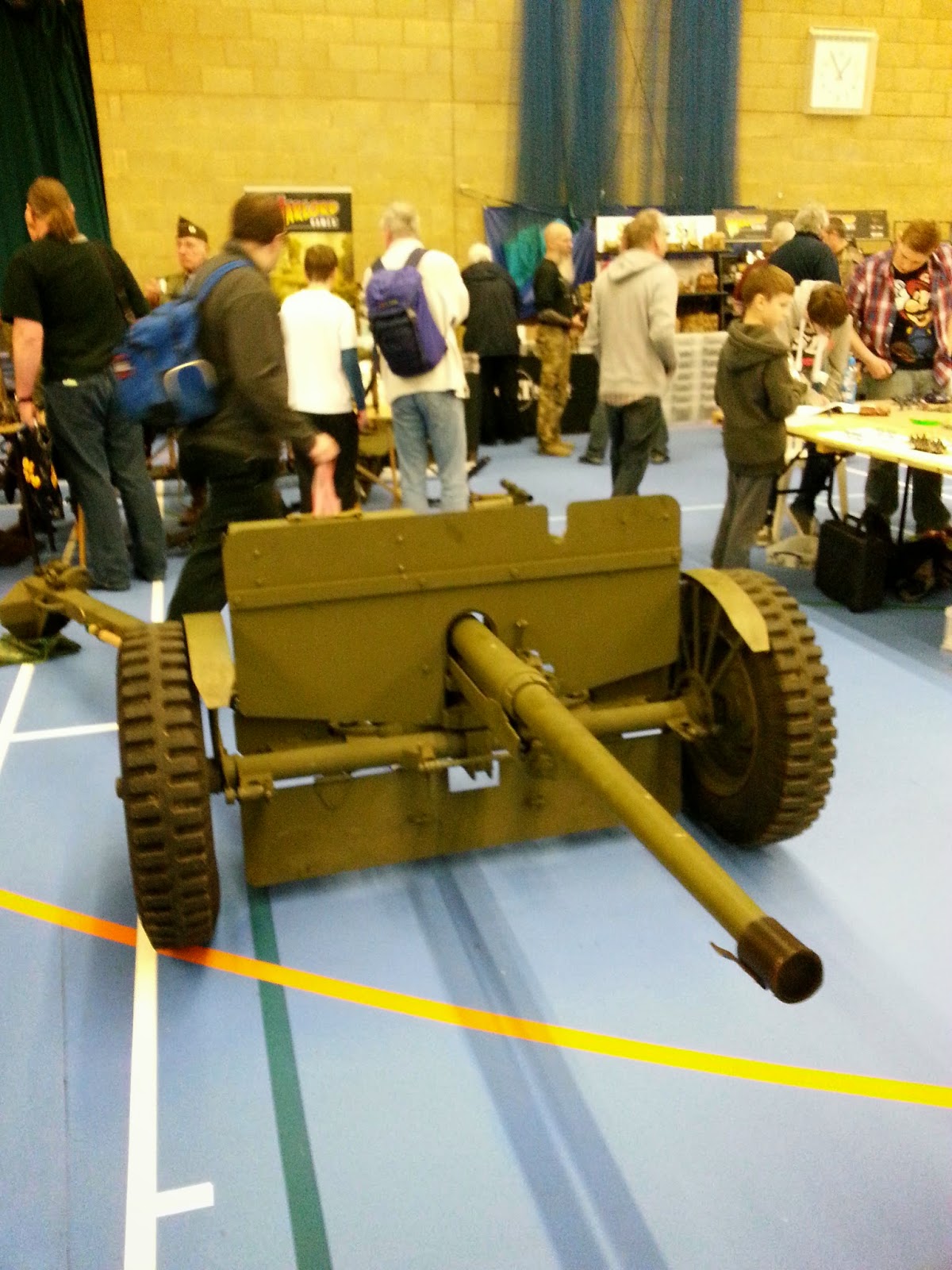 The 37mm AT gun sitting alongside our game. Quite  afew people tripped over the trails :) 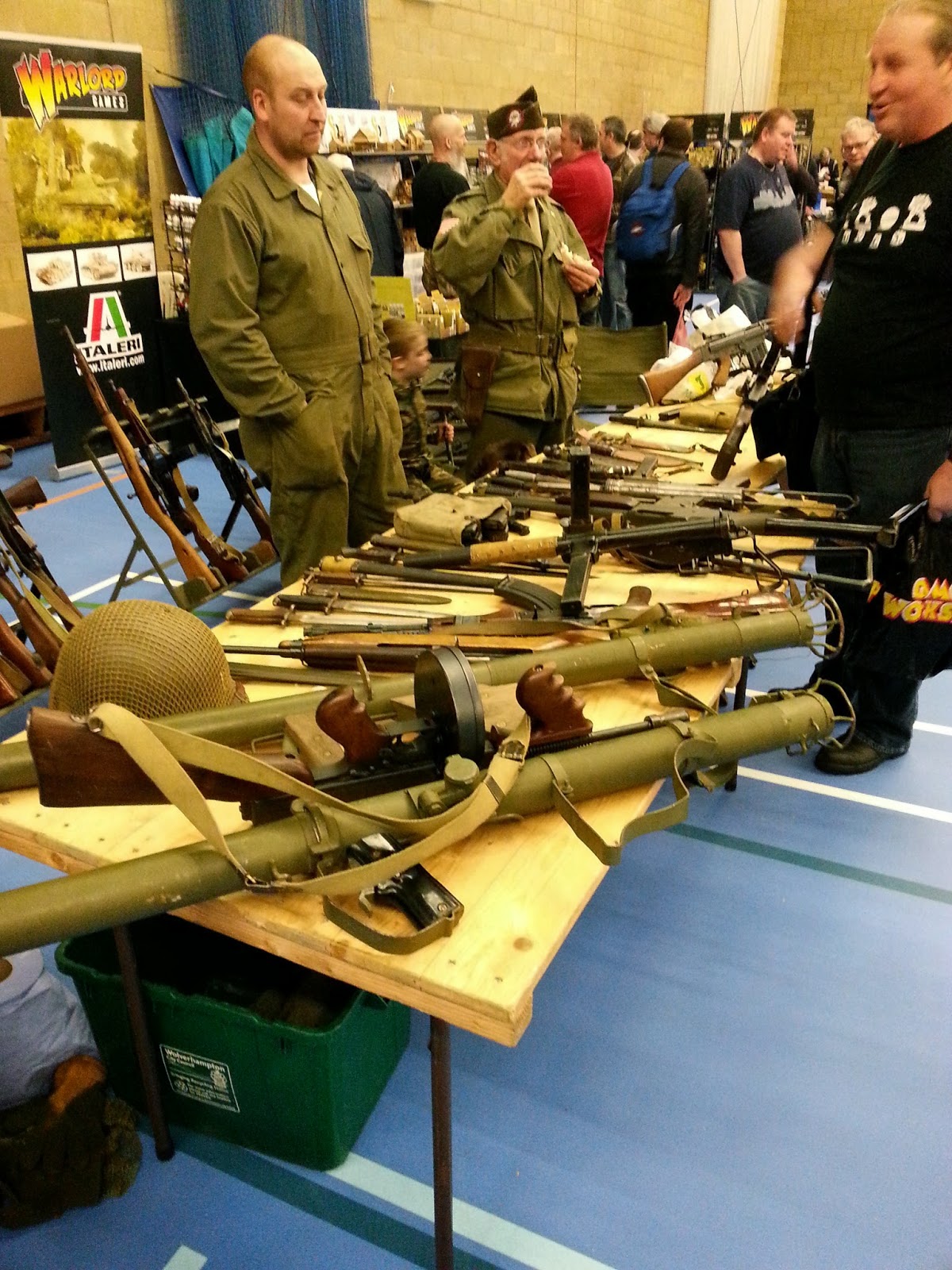 Plenty of kit in case of a zombie apocalypse 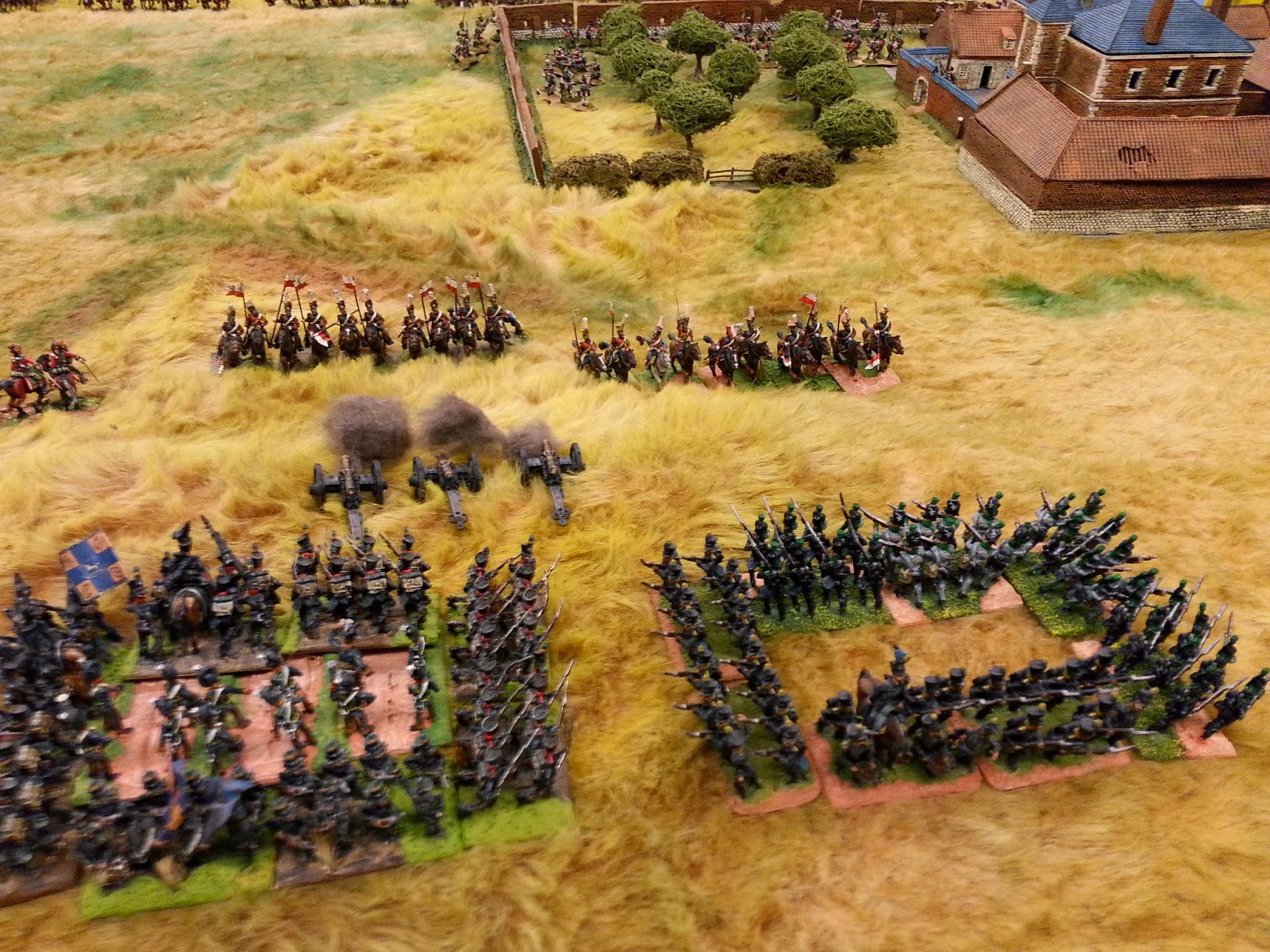 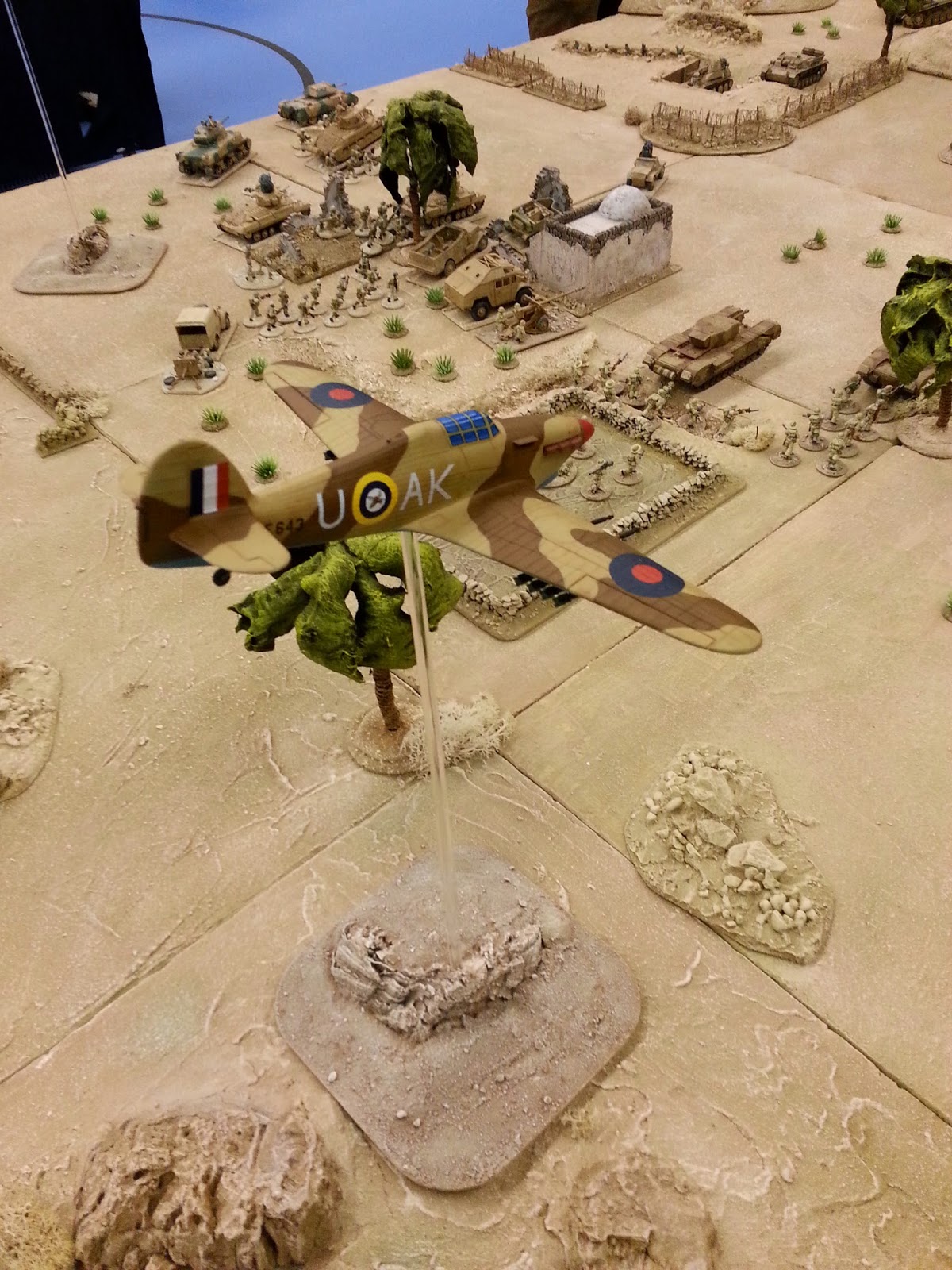 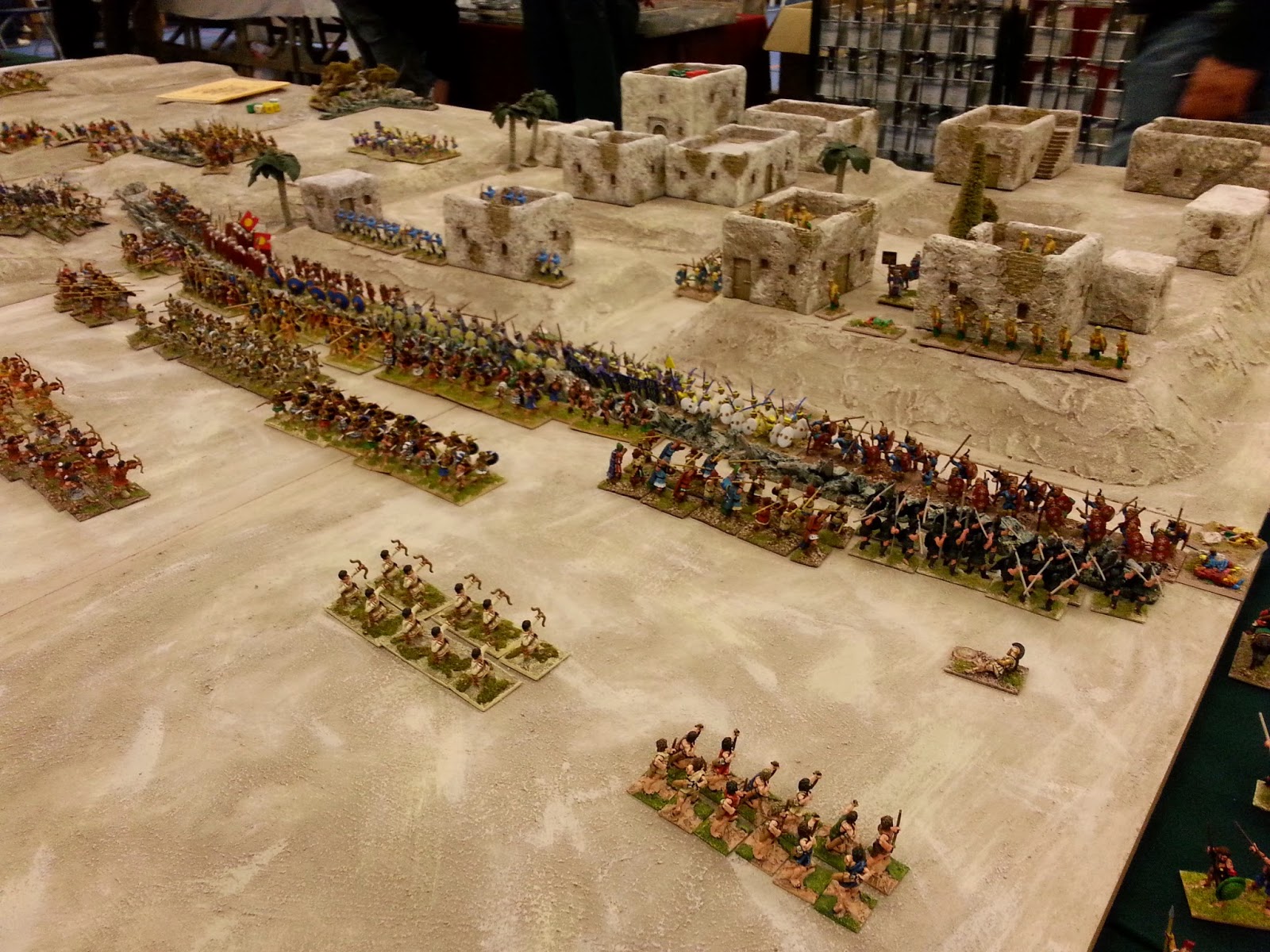 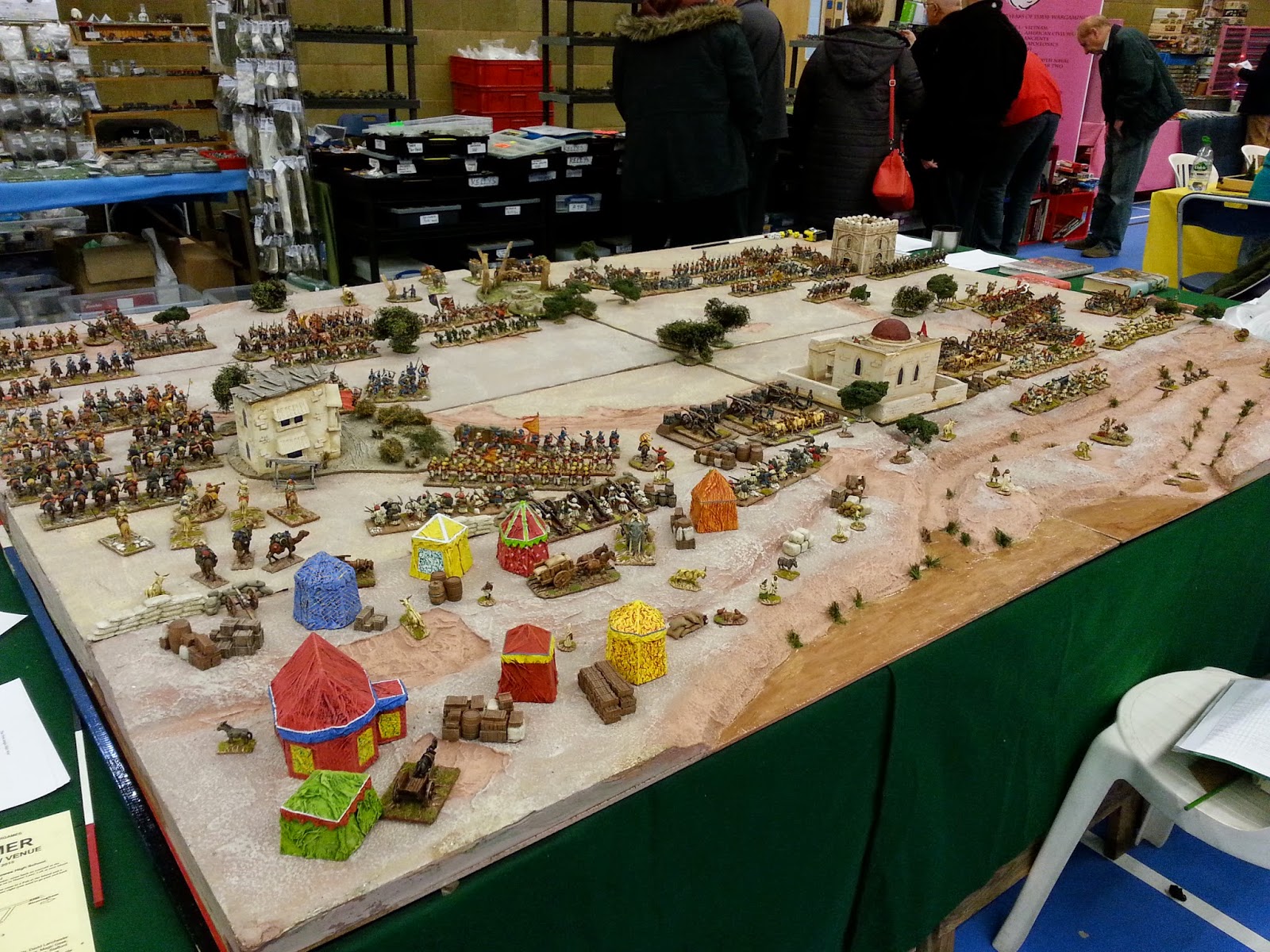 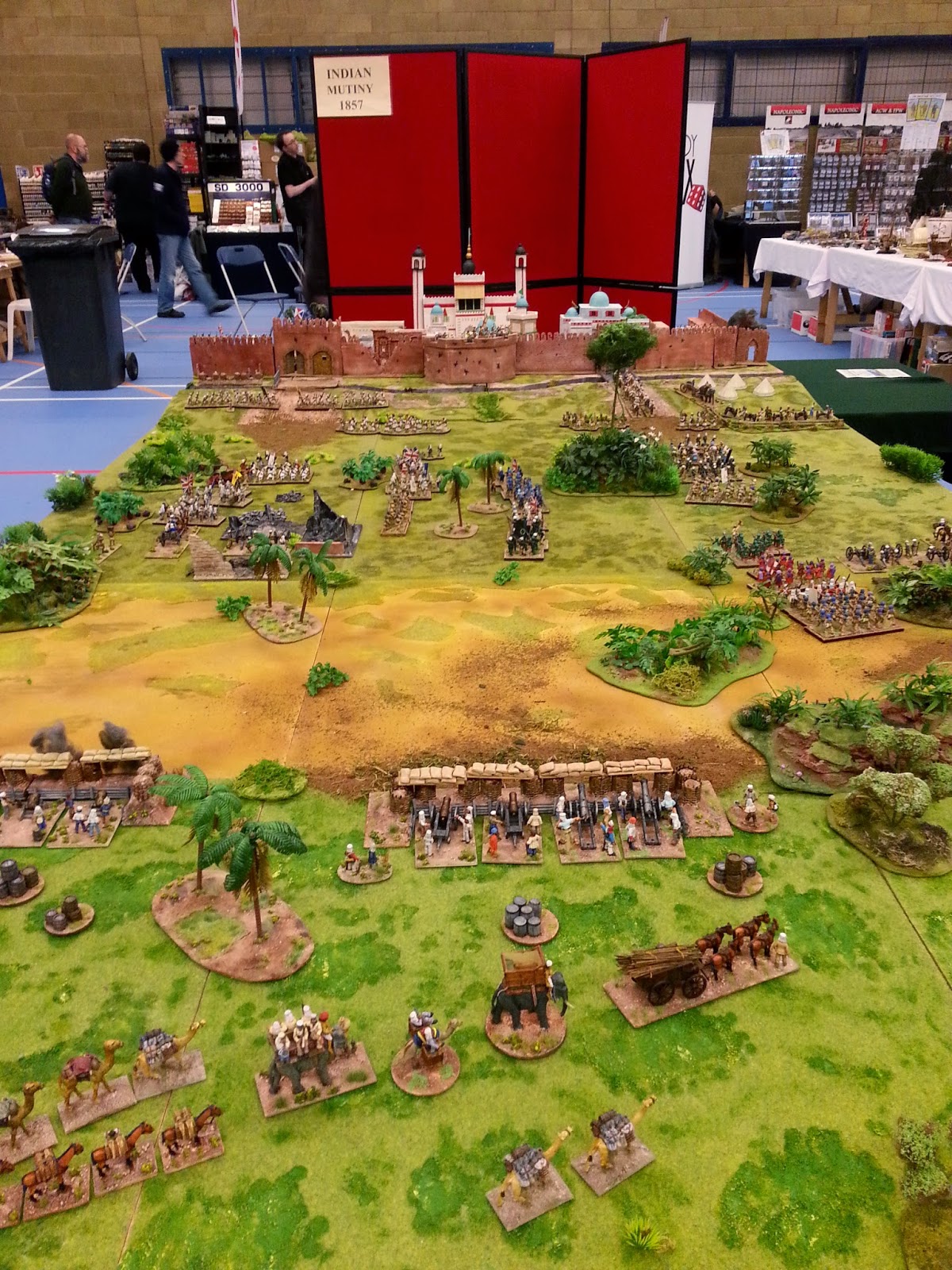 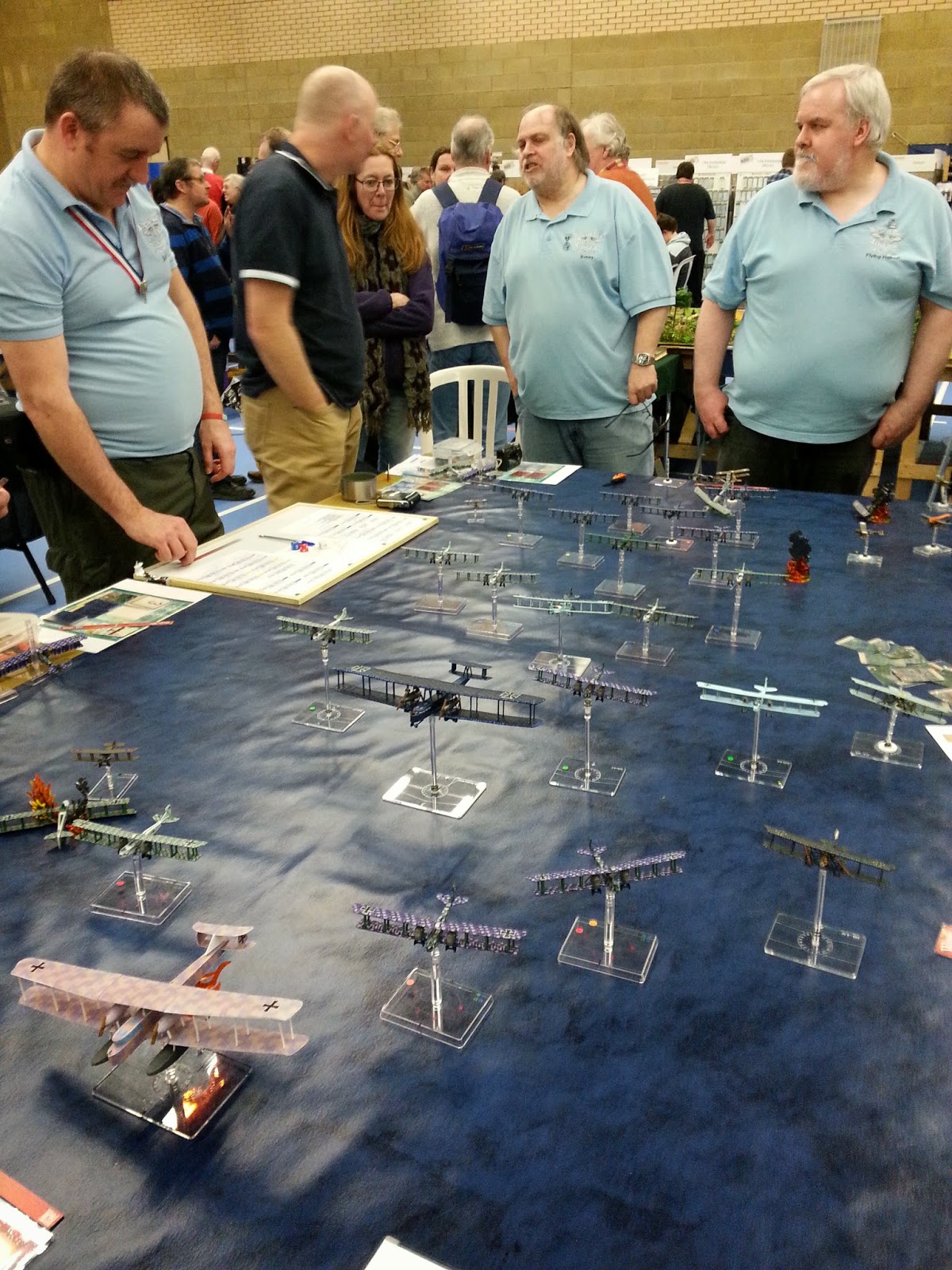 The Wings of Glory Aerodrome and their packed bomber raid table. At the start of the action there were no less than 31 German bombers in play 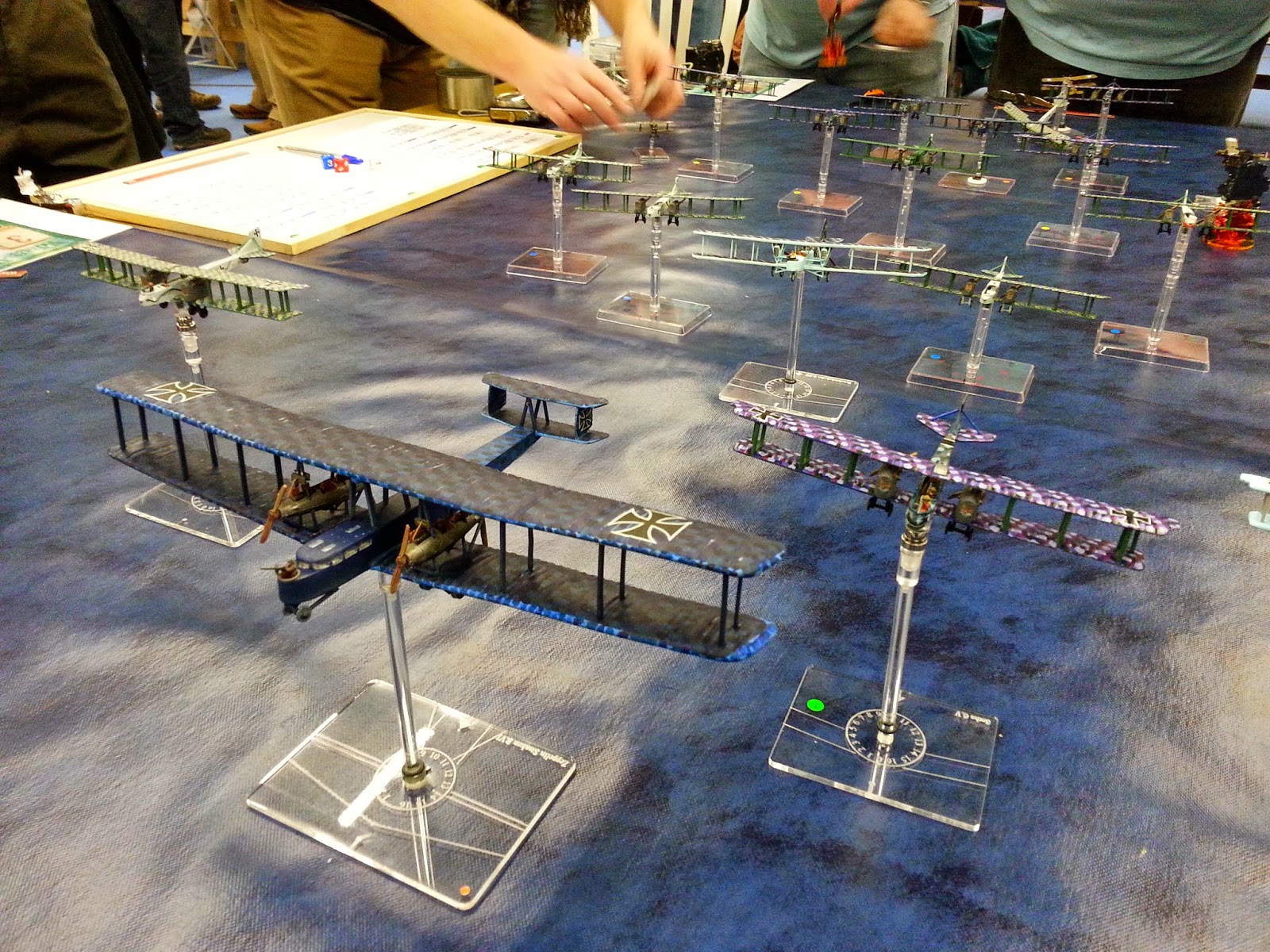 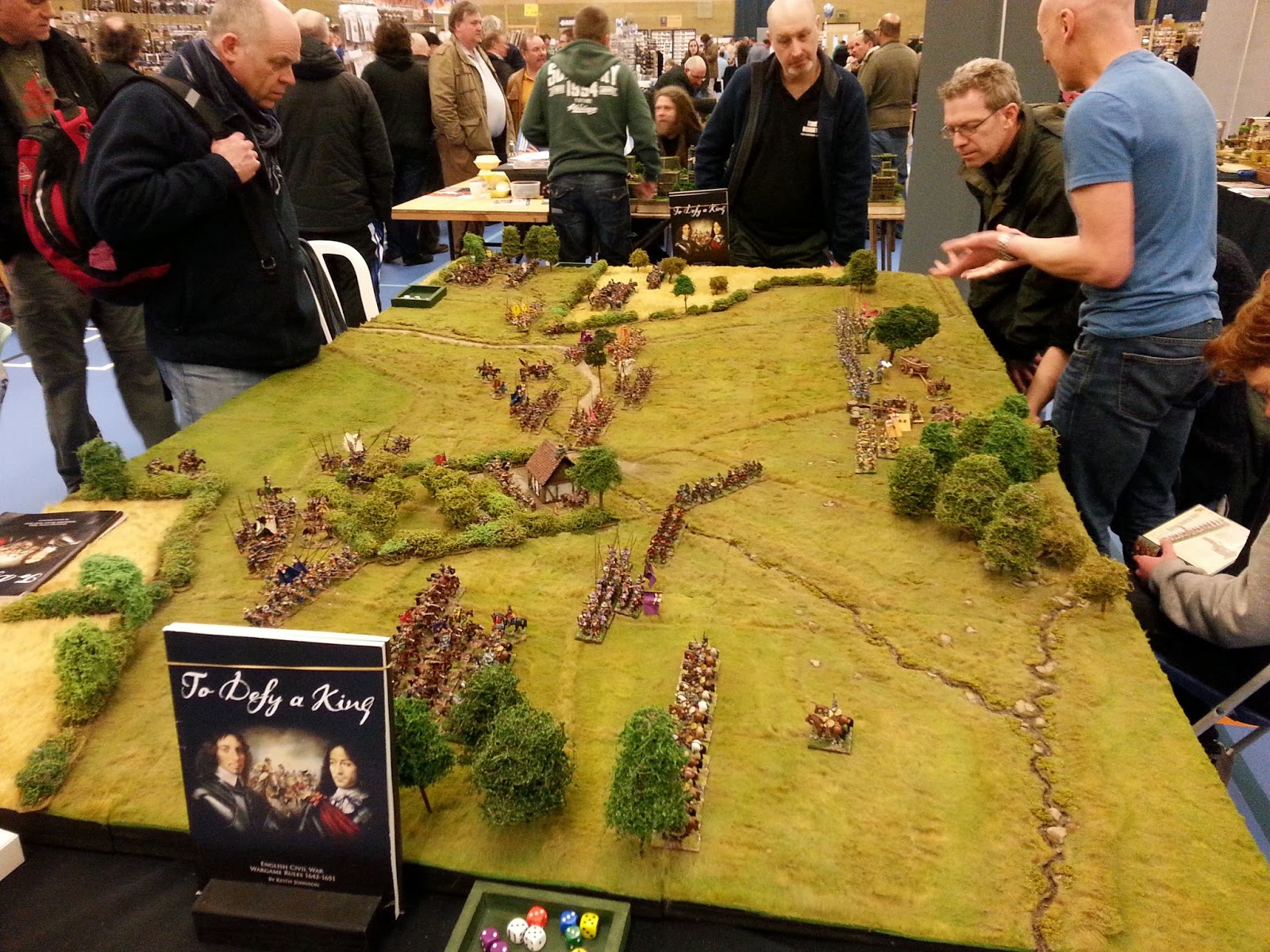 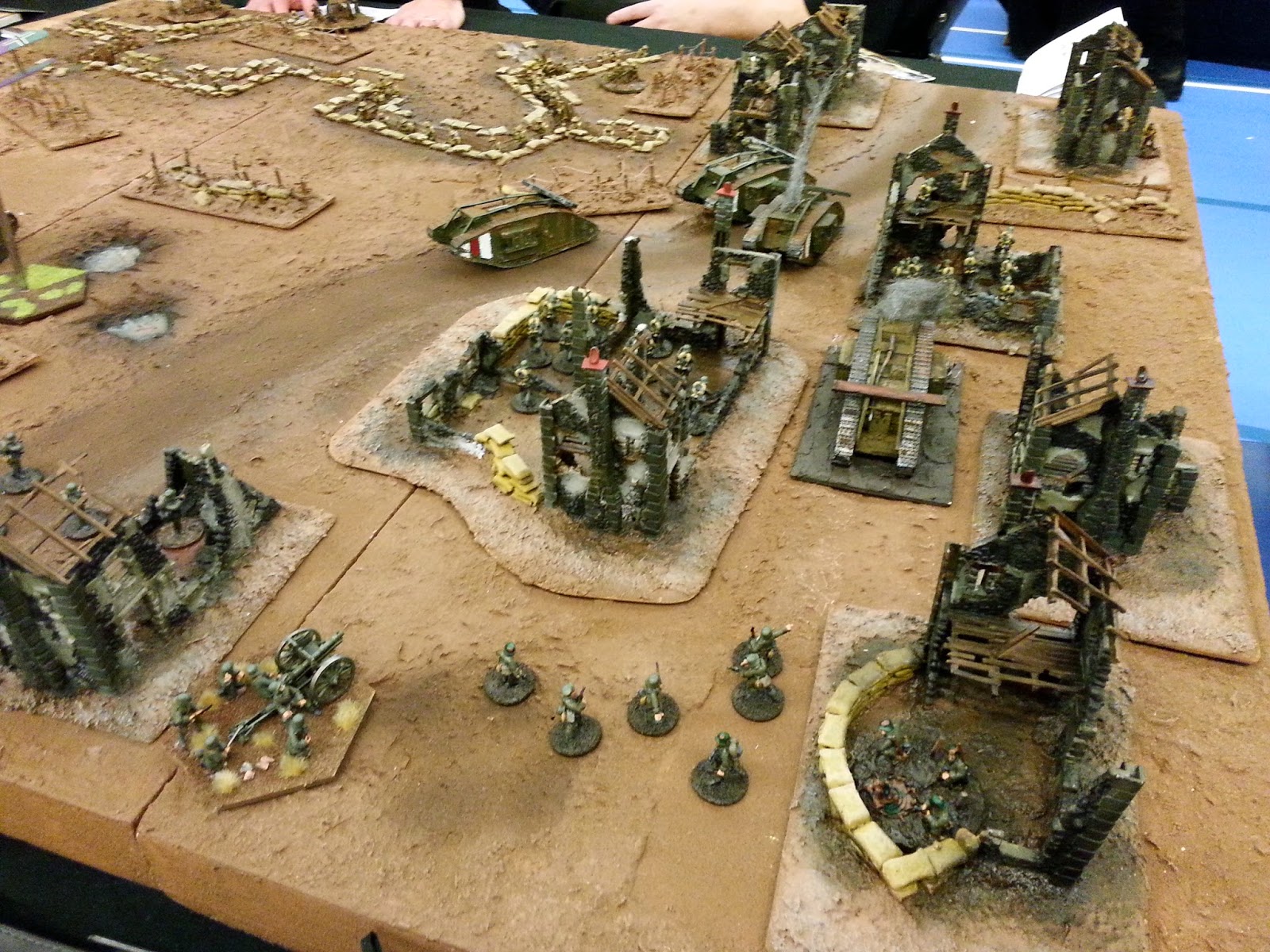 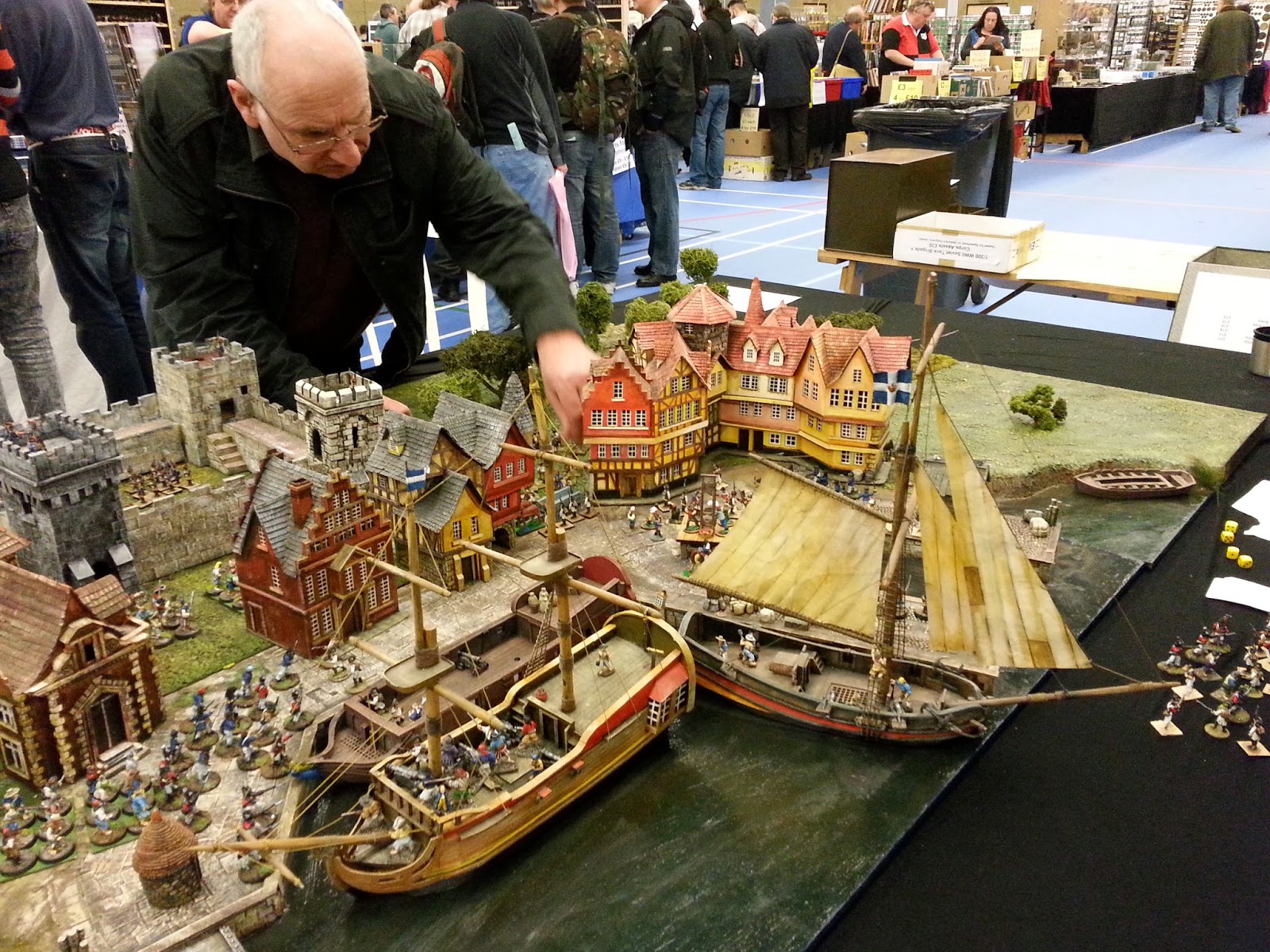 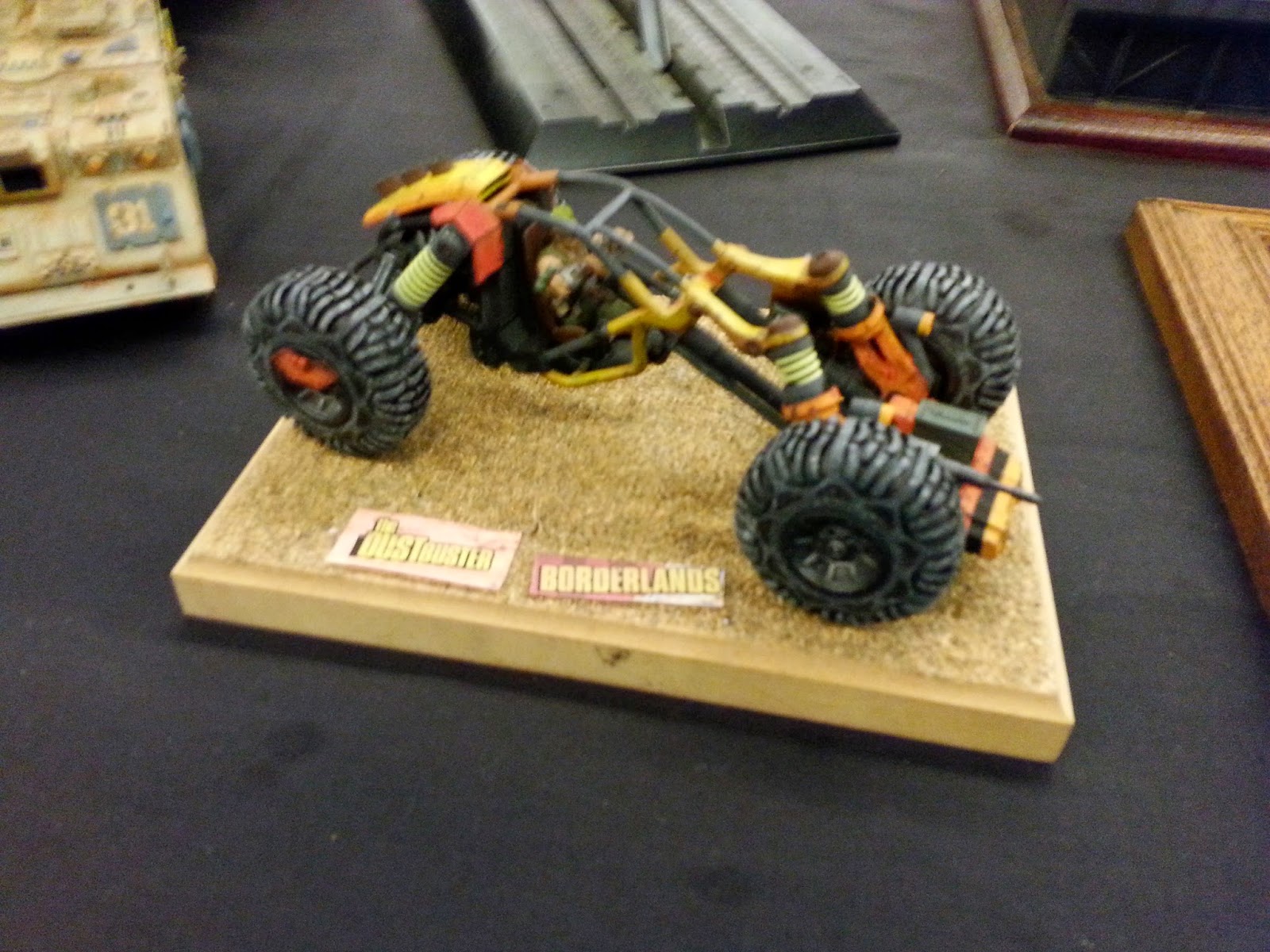 Maybe some inspiration for my Mad Max / Thunder Road collection 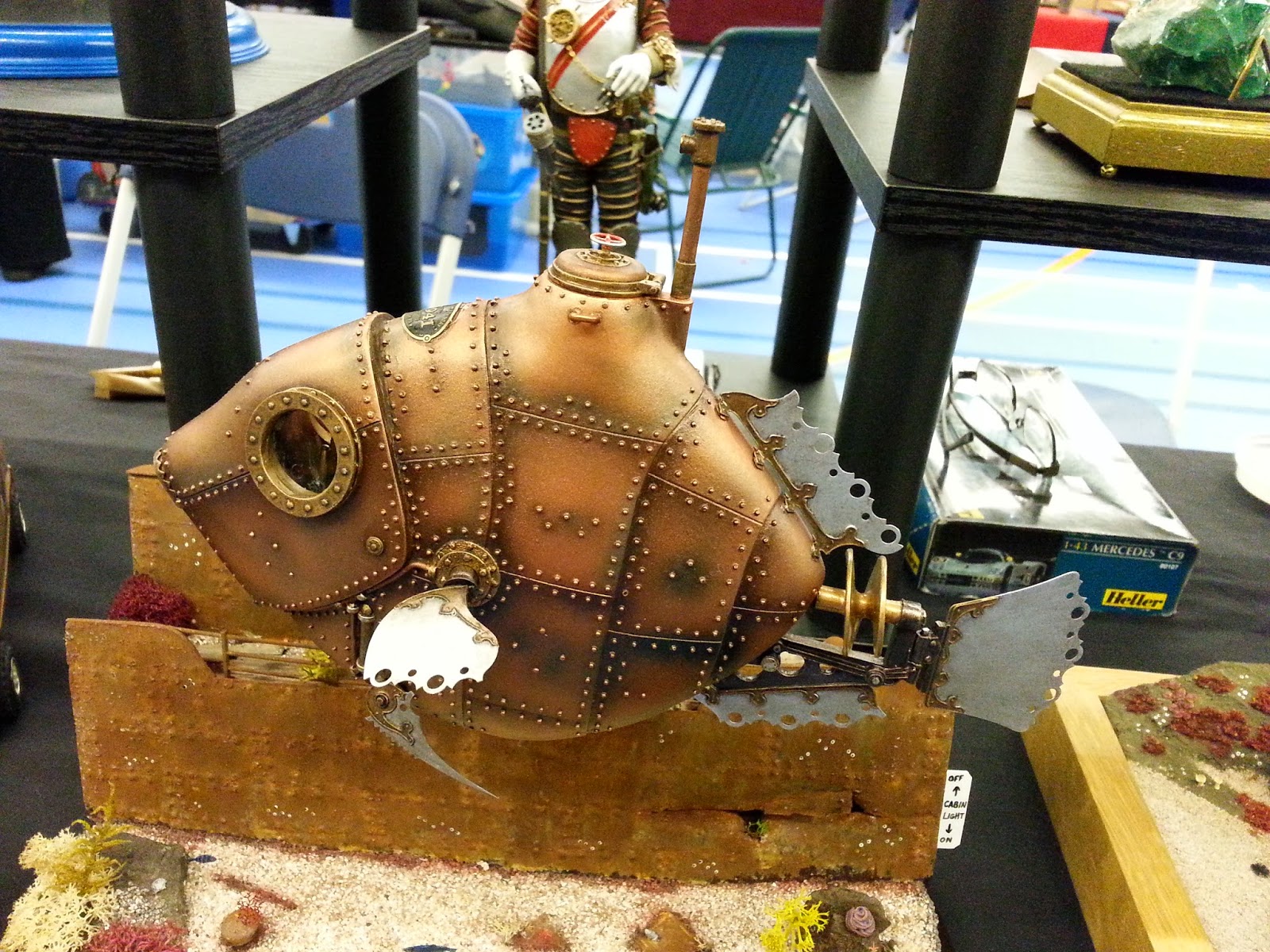 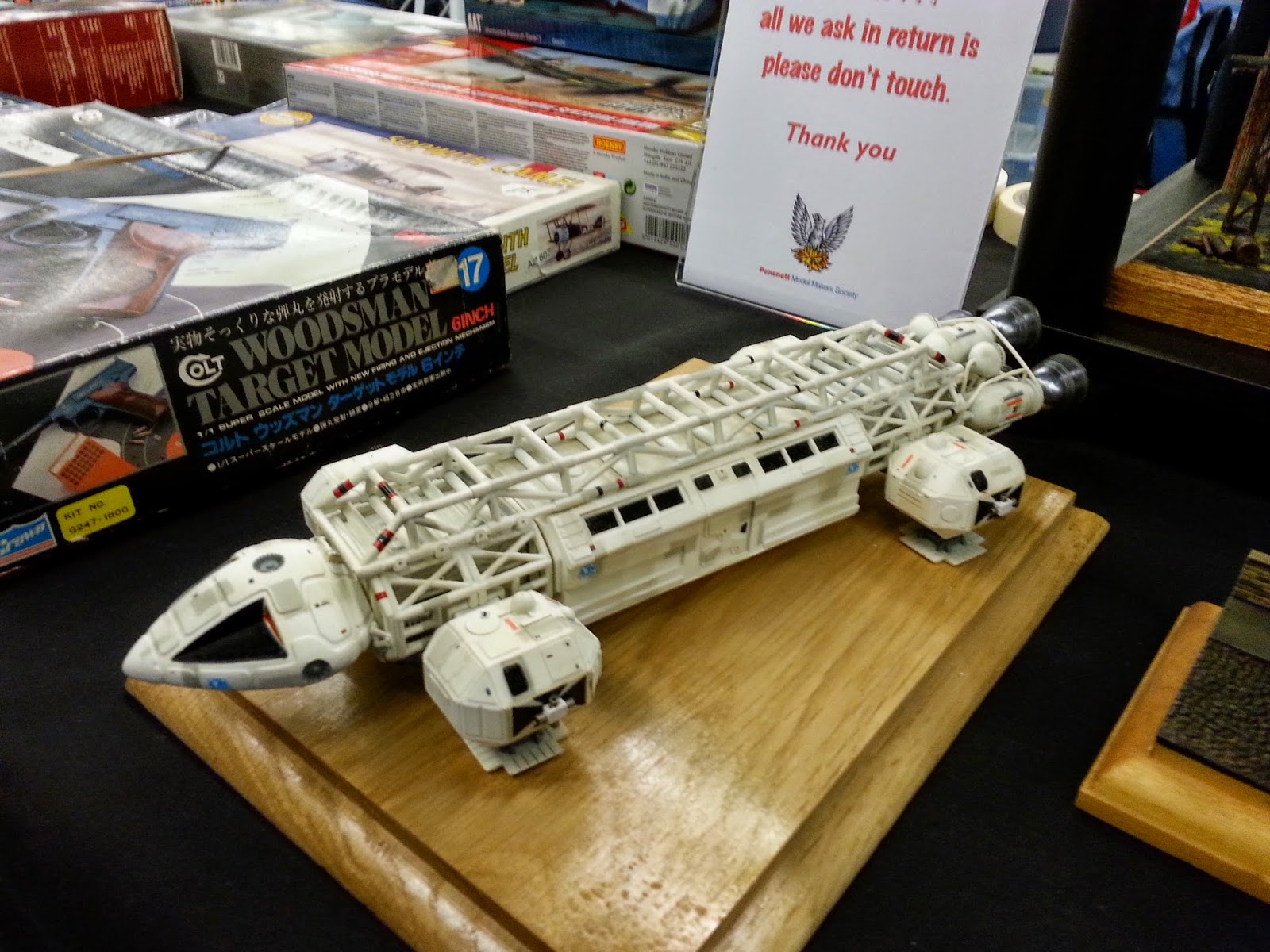 One of my favourite space ship models.... 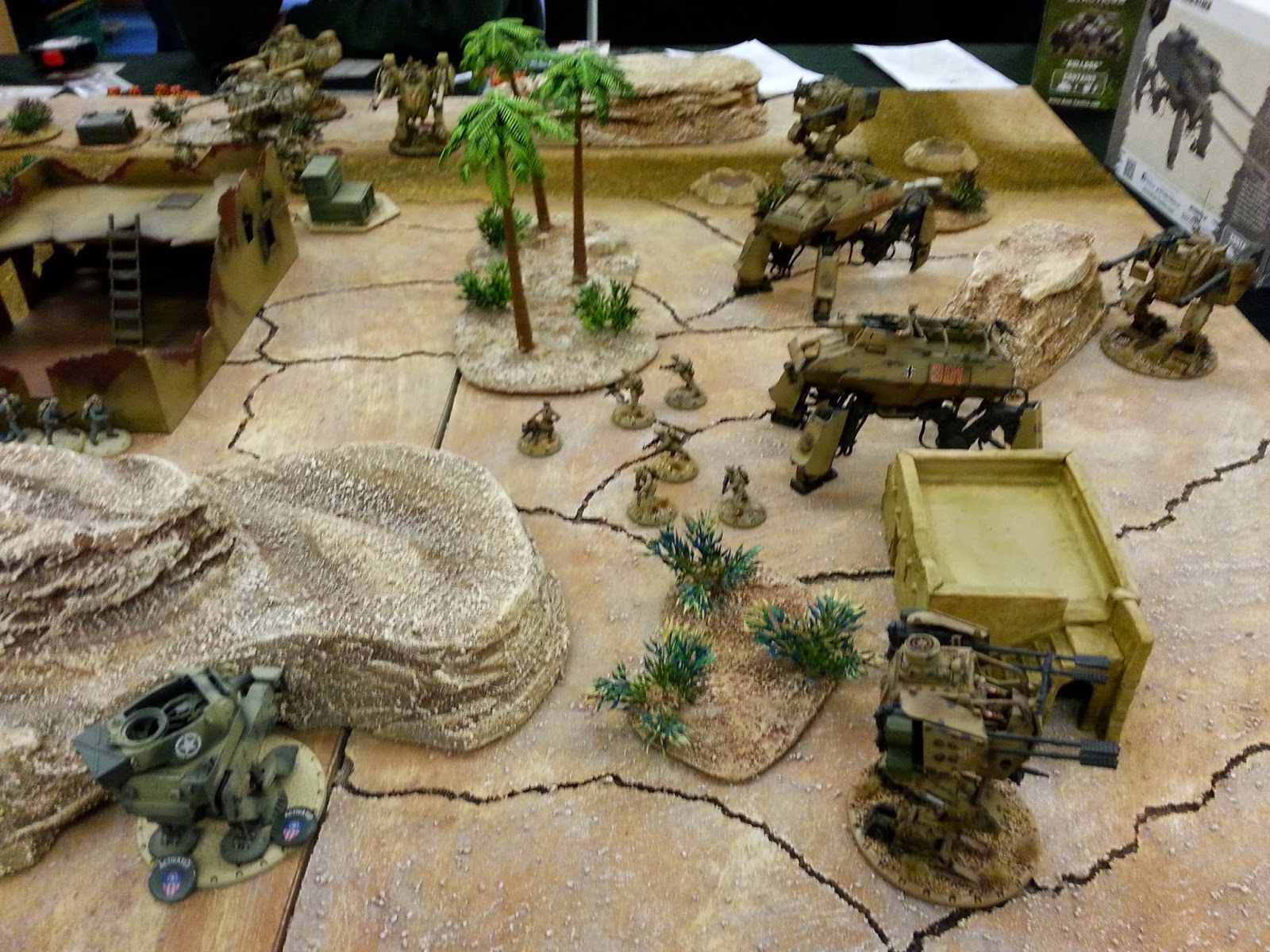 Shoppingwise I picked up the last few War Rocket models that I need to fill out my various fleets, plus another Valkeeri ship which is destined for another project. Other purchases inclded three LVT(A) 1 models for use in the Pacific War extension to my Burma Skirmish project, several of the new X Wing bounty hunter releases and various 20mm figures for a number of projects (and which, having looked through the bags of 200+ figures picked up on the B&B for a couple of quid, may well spawn a few more new projects). More on these later.....