So I have this plan for the year, and every now and then it gets derailed a bit as an idea pops into my head and takes over.

This has just happened.

Just after New Year I was tidying away some of my "Stingray" models whilst also trawling Thingiverse for some bits and pieces for my AK47 collection. I stumbled across a rather nice model of the submarine "Hunley"; that combined with the "Stingray" stuff nearby got me thinking about a Victorian sci fi submarine game. That then reminded me that I had some of the old Takara "Ships of the World" series models of the "Resurgam 2" .After some more hunting I had another clutch of 3D models which I started splicing, then printing, then painting, and then the rules amendments to "Stingray" and before you (or I) knew it "Incredible Voyages" was on the table.

The setting assumes a clandestine underwater "cold war going hot" involving scientists and engineers of the Great Powers between whom there is growing conflict for supremacy beneath the waves, but with a shadowy anarchist movement backed by hidden financiers, and evil scientists with their own agendas. 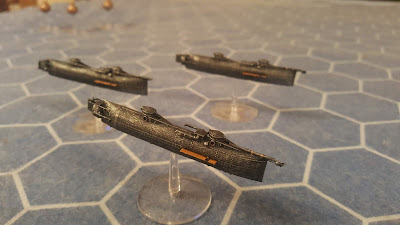 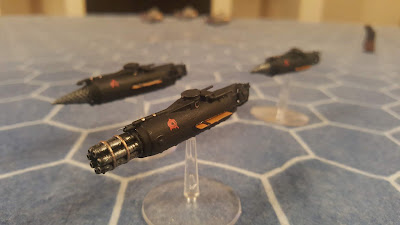 Anarchist rams and a gunboat, based on stolen "Hunley" drawings 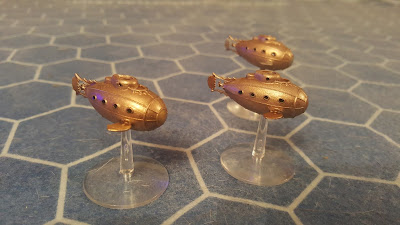 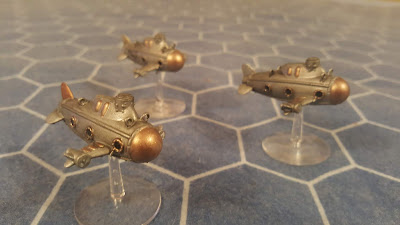 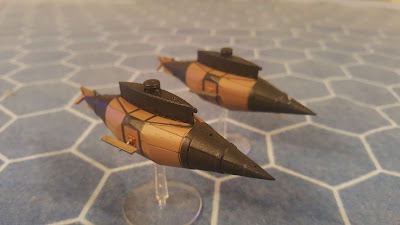 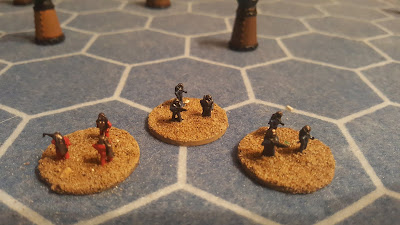 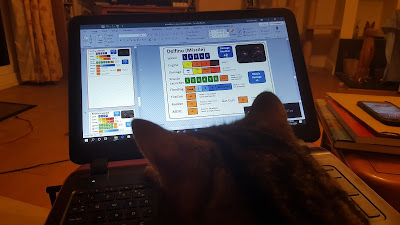 Weapons such as torpedoes (wire guided, based on the Ley torpedo of the 1880s) and straight running steam-powered missiles, as well as compressed gas guns and chemical weapons such as corrosive inks and electrical discharge weapons (both developed by the evil scientific committee from generic experiments on undersea fauna - some of which has escaped into the environment) figure prominently but not too seriously. This is VSF after all!