Some time ago I joined the Conn...Sonar FB group and downloaded the rules. For those that don't know, CS is a fun set of submarine vs submarine wargame rules (there are later additions that bring in ships and aircraft, but at its heart it is sub vs sub). I have a load of 1/700 models - and I keep finding odd ones that I never finished; a 688 was unearthed in my spares box yesterday. However, 1/700 models look way too big on the table. They would be ideal for a demo or parti game at a show but unless the "ground" scale was stretched in a regular game the models would look quite cramped.

Fortunately, Thingiverse and the Photon have come to the rescue. After a few searches, some downloading and a series of mostly successful prints I have a small collection of 1/2400 models. Some more hunting got me a few more designs which I printed out yesterday, so now I just need to sort out sets of control cards for the boats and I should be ready to go :) 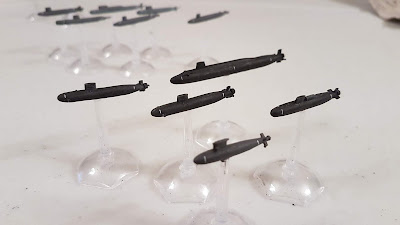 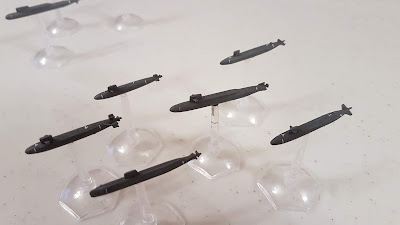 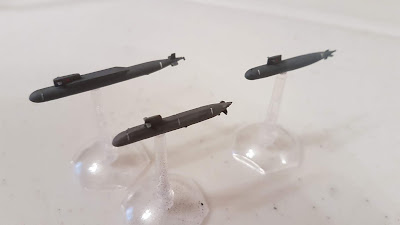