Another of this year's projects has been to finish off my 15mm Spanish Civil War collection. This began as a simple "paint up what's left" operation, but as with so many things in life, it took on a momentum of its own and snowballed slightly. This was due in no small part to the Abbey Wood irregulars and their "Very British Civil War" games in 28mm, of which I've played in a few. I liked the quirky "anything goes" approach and the odd local militia units and 1920s/30s "technicals" (including, in one game, an armoured horse-drawn stagecoach!!). I thought it would be fun to try in 15mm but in a mythical 1930s Central/South American (or I suppose a Southern European) "imagi-nation" so that I could use my SCW kit as the bedrock and supplement with odd units of "irregulars" 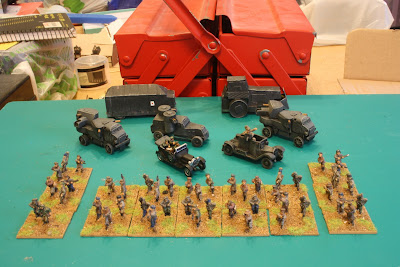 Just recently completed are a couple of units of civilian militia with assorted transport. I used a variety of Peter Pig packs for these, including the French partizans SCW bomb-throwers and other odds and sods. it makes a nice irregular unit, IMHO 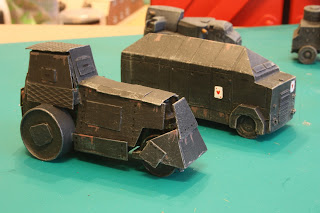 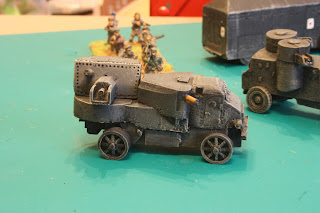 Finally, I have replaced my old SDD BT-5 and T-26 models with some of the lovely releases in plastic by Zvezda. The BT-5 is the BT-7 model out of the box (to me they look close enough). The T-26 is a conversion, replacing the original turret with that of the BT-7. I now have load of BT-7 hulls and T-26 sloping turrets (so I'm looking at decent BT-7 conversions and wondering if a simple turret swap would make a good BT-7M, or whether to scratch build a turret and make a BT-7A; I've already decided my "imagi-nation's" more regimented neighbour and nemesis is going to be based loosely on the Finns, if for no other reason than I can use some Battlefront BT-42s!) 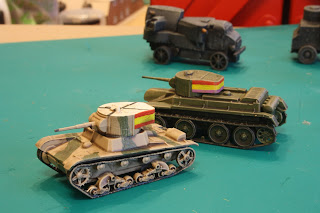