Regular readers will recall that one of my objectives for this year has been to finish the Peter Pig ECW Scots that I bought several years ago. These poor sods have languished on the painting table for many months, always losing out to the latest 1/144 arrivals from Shapeways, ACW ships or SCW 15mm stuff and I was sure they'd be No. 1 on the "to do list" for 2012. However, a sudden burst of enthusiasm changed that this week. I'd started the foot troops some time ago, so its these that I've finished. I still have the cavalry and command stands to sort out, but for now getting the foot sloggers sorted is a major victory :) 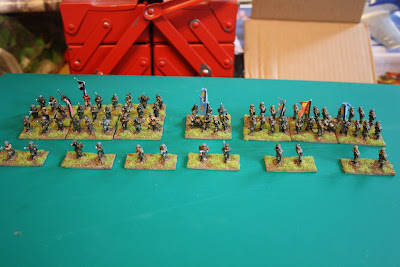 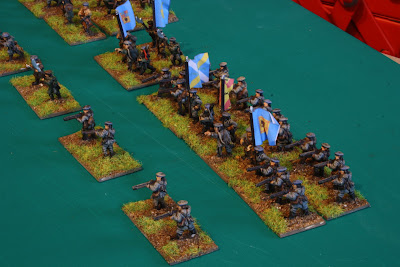 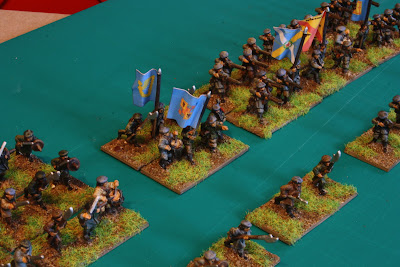 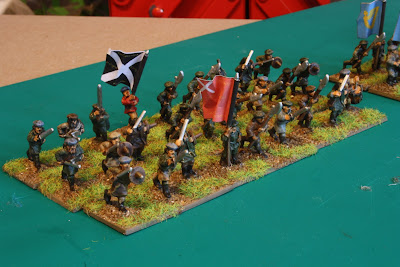 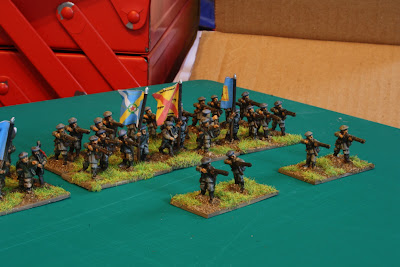 This (apart from the cavalry and command) just about finishes off my ECW project that was born out of a weekend campaign run by Peter Colbeck some years ago. Rules are based on DBA with the Humberside extension, and a few local "tweaks" (although I must admit, the file with those tweaks has gone missing). I quite like the idea of resurrecting this campaign sometime in the near future.
Posted by David Manley at 10:39