My last Shapeways models for 2011 were completed last night. This last batch are some early war German scouts (so my Taube has some little friends to protect it other than some Eindeckers!)

First, a couple of Fokker D.IIs - successor to the Eindeckers and sharing many visual characteristics. 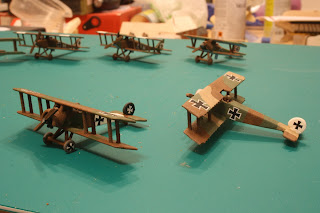 Next a couple of Halberstadt. D.IIs - a nice model, quite "spindly", and with the aft tail struts modelled very nicely. 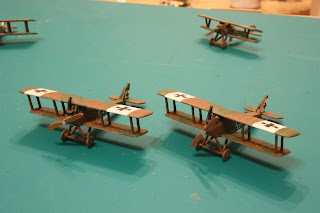 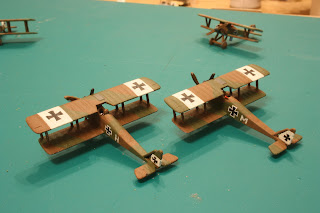 Finally a Siemens Schuckert D.I - the German copy of the Nieuport 11. the main visual difference (apart from the colour scheme) being the lack of an overwing gun and the spinner. 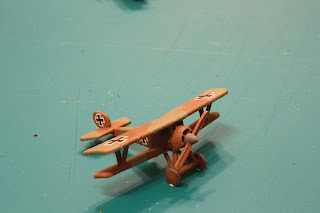 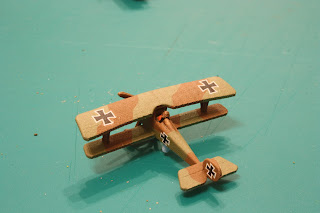 A nice collection of models, but I can't help thinking that the paint schemes are a bit "dour" and so perhaps I should have looked harder for some more colourful paint jobs. Perhaps a repaint or two next year?
I've become a real  fan of Shapeways over the year. The quality of the finish has improved considerably and the speed of delivery is pretty good. Painting a complete aircraft can be a bit fiddly, but the improved "build quality" over a lead kit is well worth the extra hassle (and its quite therapeutic!). I'm looking forward to seeing what they come up with next year.
That almost wraps it up for my 2011 air war model building, but not quite. Just another couple of aircraft in the painting bay.....