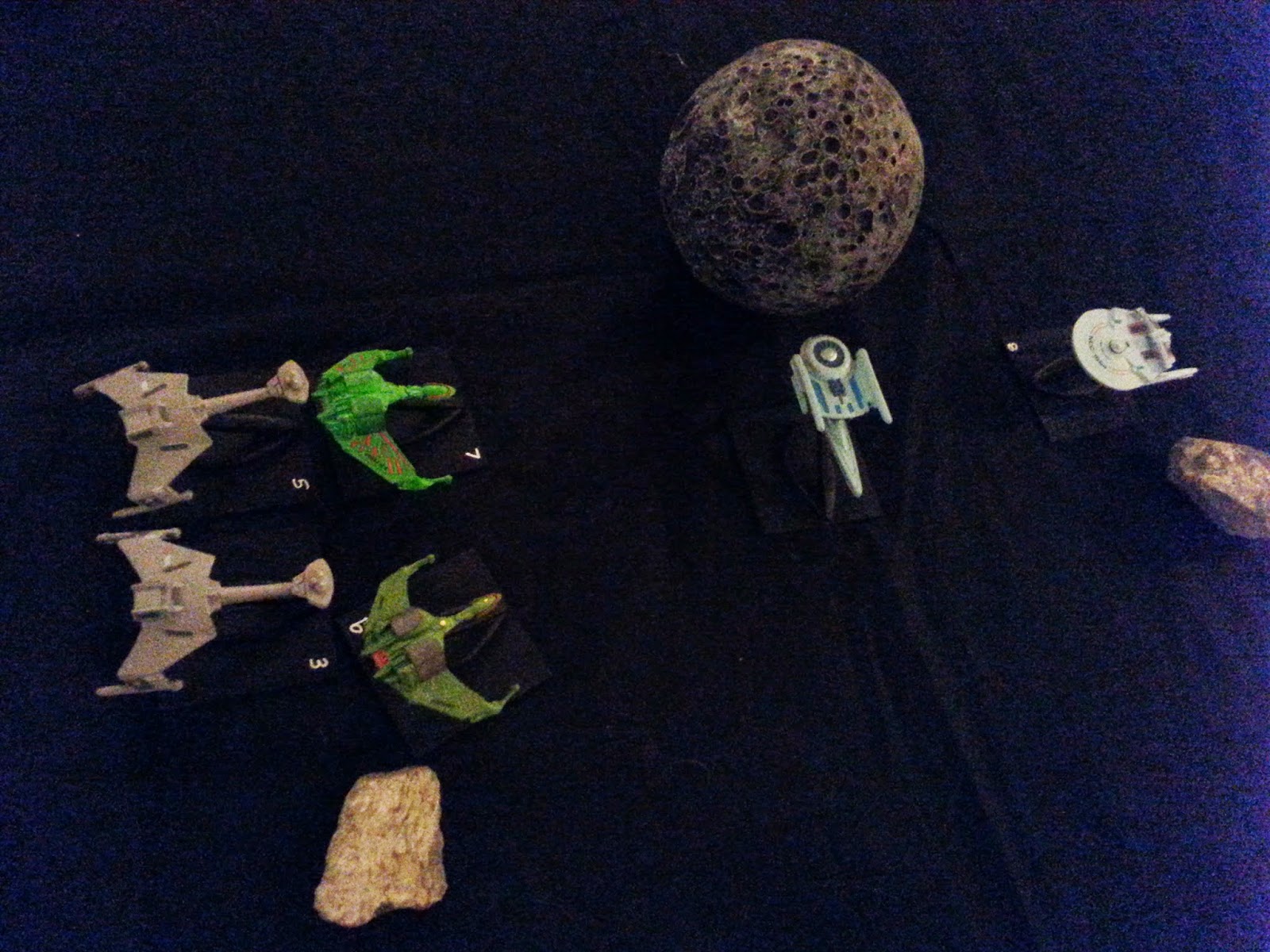 I'm really enjoying "Engage". its such a simple set of rules to play, but its simplicity belies a finesse that allows many variations in play and ship design, and it really captures the Star Trek feel very nicely As usual we've identified a few modifications and house rules that we think will make it work even better for us and which better reflect some of the aspects of the TV and film episodes, including changes to the rules for teleports and transporters (both ships should have shields lowered), restricted firing arcs for torpedoes, allowing rear firing weapons and tighter arcs needed to gain the shooting bonus for firing at the targets rear. With luck we'll give those mods a spin in a couple of weeks.
Posted by David Manley at 21:54