Just back from the Berkeley Vale club at the local pub where we've been giving "Engage" from Red Wyvern games a run through. I picked up a copy at Blast Tastic earlier in the month after having a quick play against the designers. Tonight's game was the first proper outing with the club 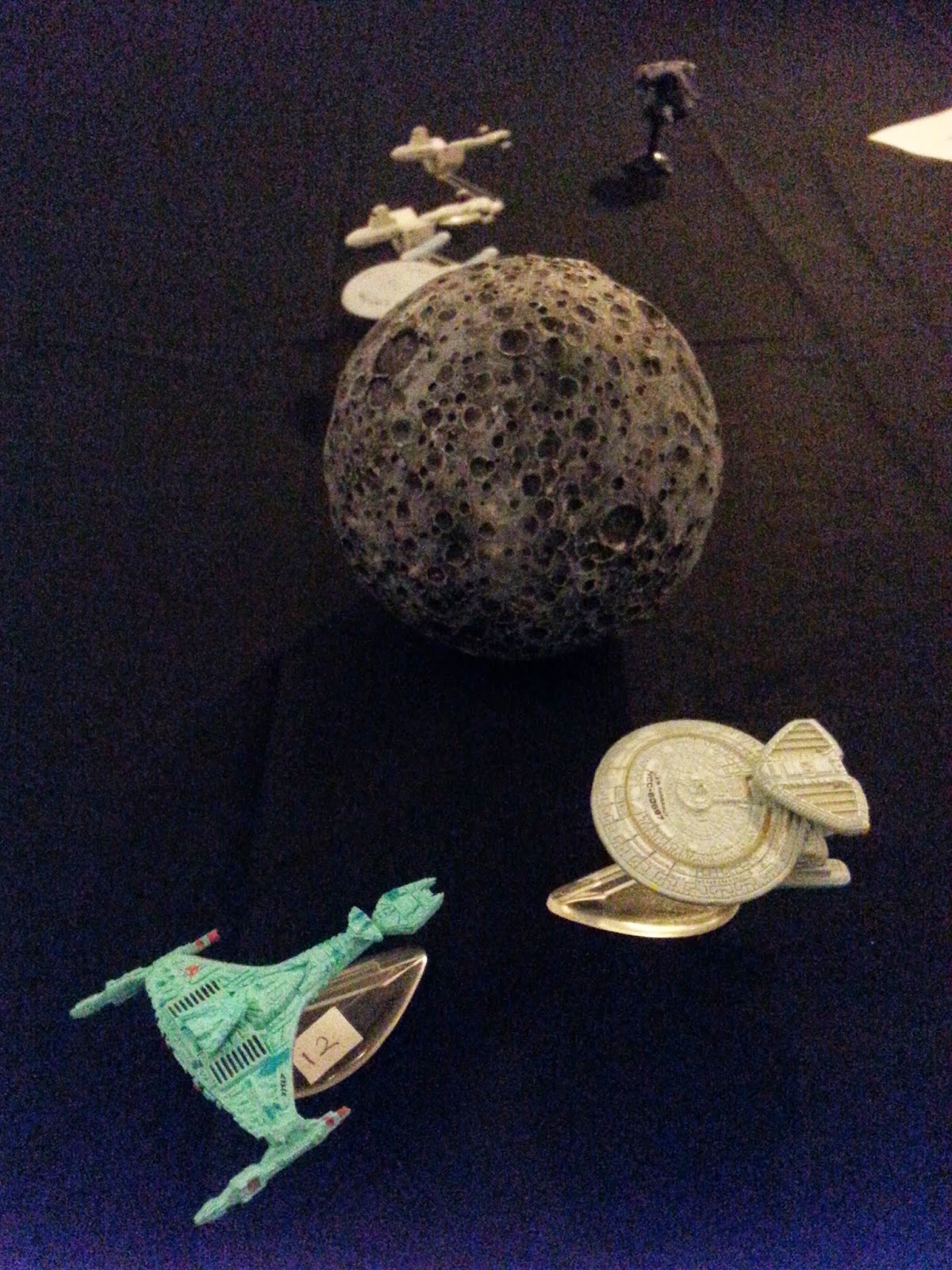 My original plan was to break out my old collection of FASA Star Trek models but unfortunately the upheaval caused by various bouts of building and other works at home meant I couldn't extract the models I needed, so instead we used a whole heap of Star Trek micro machines.

There was no particular scenario, just a "training exercise" featuring a collection of Federation and Klingon ships, the Feds eventually claiming a narrow victory as the last Klingon Vor'Cha blew up. being typical wargamers the emphasis was on "shoot, shoot and shoot", whereas sometimes reallocating power to reinforce the shields, or conducting damage control might have been a good idea, but to be honest that was no surprise :)

We found the rules to be quite a bit of fun, very simple and straightforward to play but with plenty of scope for added detail with the various optional and extra rules, and also simple enough to be house-ruled if necessary (for example the chaps didn't like the initiative rules so we may use a random draw to determine the order of ship activations). the best bit of feedback though was a resounding "more please", so I'll be looking to put together some more interesting scenarios in the coming weeks. All in all a very nice set of rules.