In another classic example of "drift" the latest completions here at the Cambridge Shipyards  are a trio of Romulan D-7 Stormbirds. Again, finishing off a project from several years ago. I had a pile of the Konami (or were they Furuta? probably Furuta) large-ish Star Trek models wherein it was curious that they never released a Klingon D-7. Or if they did I never saw it. Anyway a US company (Johnny Lightning?) produced a D7 whhich was slightly too small but which looked great with the Japanese models anyway so I bought a squadron of those, and then decided to get another three and paint them up as Rom birds. Of course this was a project that stalled and the models languished in a box for a few years. A happy coincidence of watching the fan-made Star Trek: Phase II episodes on Youtube (they really are rather good) and digging out the box of models promoted them to "top of the list" just to get them finished. 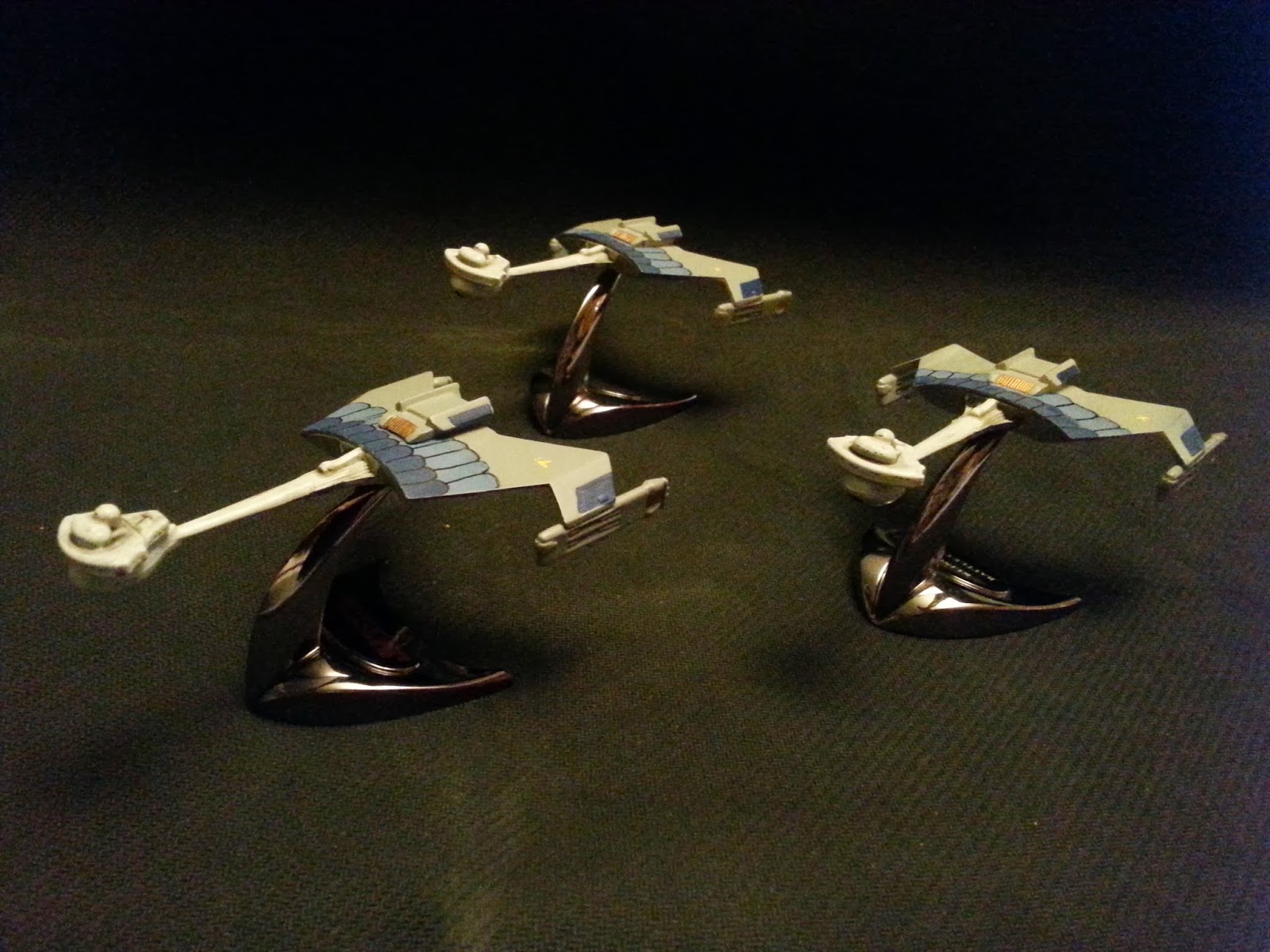 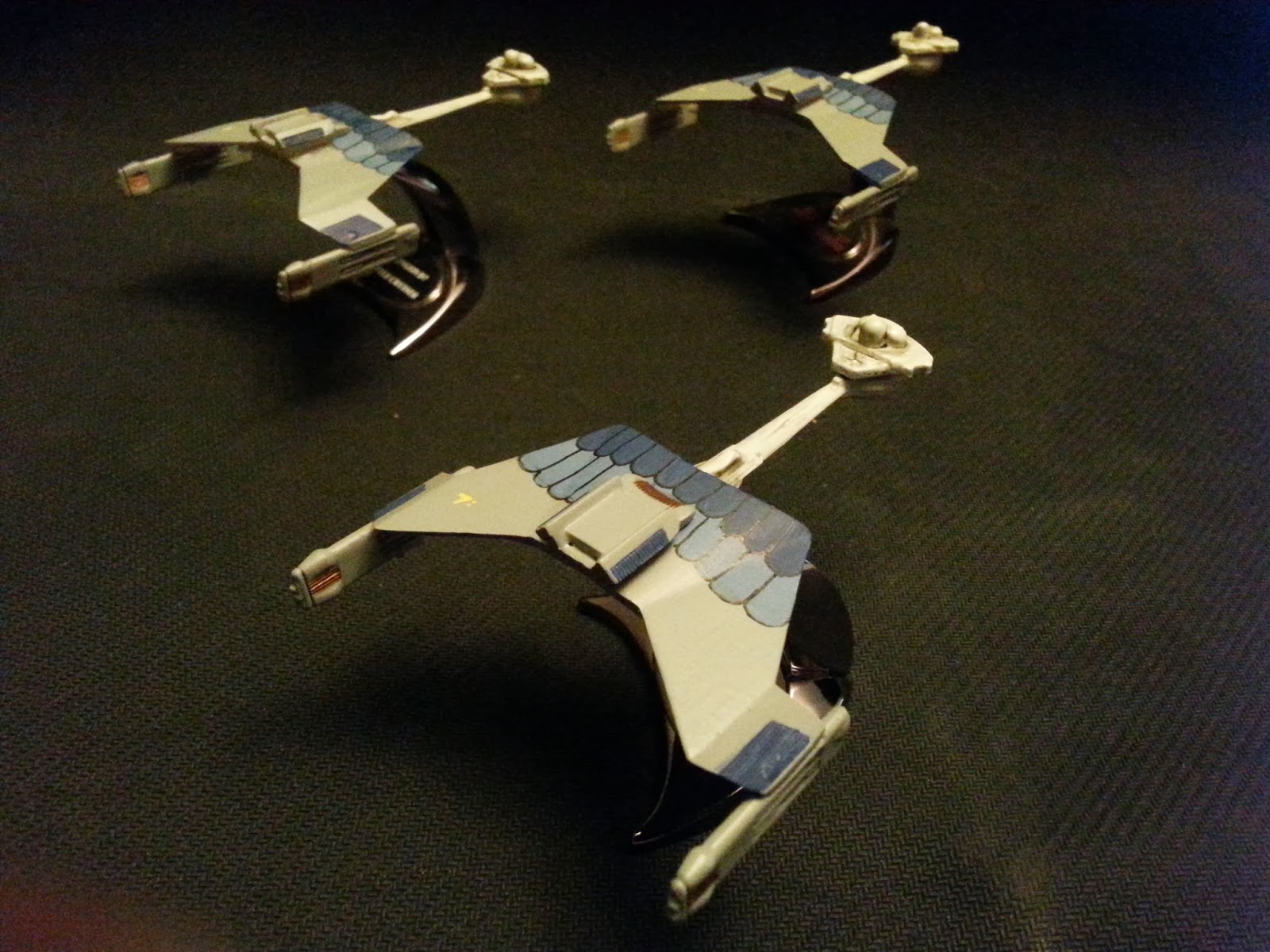 I probably rushed them and the detailing isn't as good as it could be, so I may well end up giving them some additional paintwork in the future, but for now I'm very pleased with the way that these ships came out. 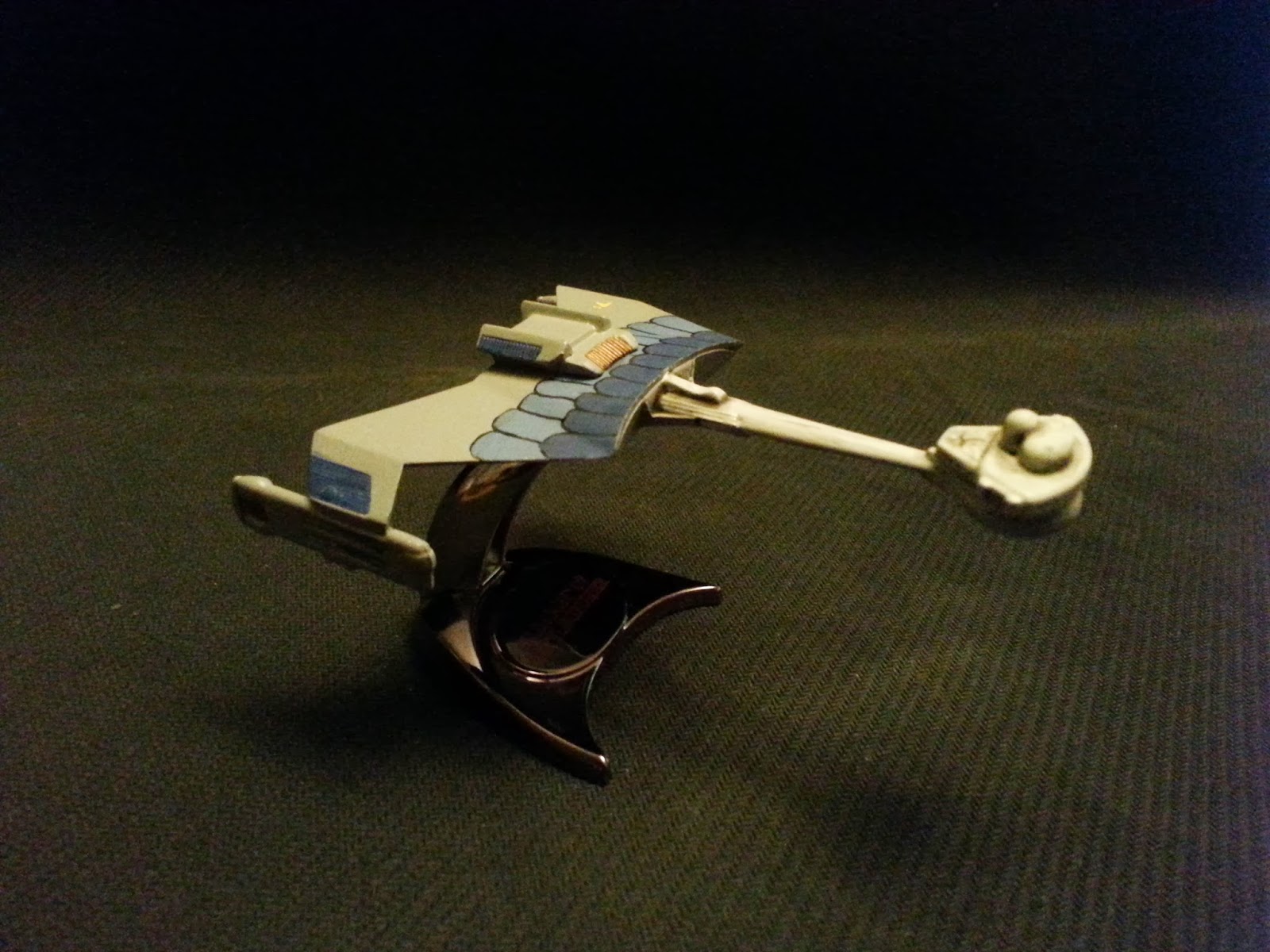 And, after all, the D-7 really is a lovely design. Much more businesslike that that namby pamby Federation stuff :)
Posted by David Manley at 12:30