Just a quick post as I'm recovering from a bad case of manflu. Santa was a little generous here on the wargames front this year. First off, some 20mm WW2 bits and pieces to build up my army for Laura's "alt-WW2 game" - a box of Valiant "British Tommies" and some Italeri Kangaroos to drive them around in. 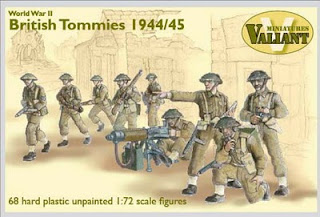 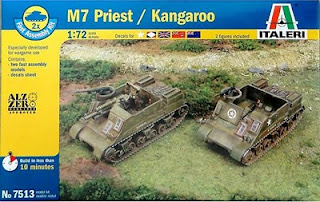 Pics of these as and when the dreaded lurgi abates long enough for me to do some painting. And methings some of the valiant troops and bits and pieces from the kangaroos will help to detail the innards of the Armourfast M10 Achilles' that have rather vacant looking turrets at present!

Then, on the naval front, the Mother-in-Law was kind enough to get me two new books from Dr William Warner, covering the navies of Salnave's War (the Haitian civil war in the late 1860s), and warships at the battle of Riachuelo. Both of these naval episodes look like perfect projects for 1/600, the Haitian war featuring many ex-USN warships from the Civil War and (if one is willing to stretch relaity slightly) an ex-Confederate ironclad. A nice touch was to see that the good Dr. Warner has recommended my ACW rules in his books. I've had a chance to leaf quickly through both books and I must say, I'm impressed.

Anyway, thats just about it for me for now. Hope you have all had a very happy Christmas, and with luck I'll be posting again before the New Year.
Posted by David Manley at 16:41