My latest aerosan models are finished. The NKL-16 came out well I think and a couple have been finished in Soviet livery. I'm thinking I'll be printing some more of these and some of the smaller NKL-26s next time I'm able so that I can build a small Finnish force as well. 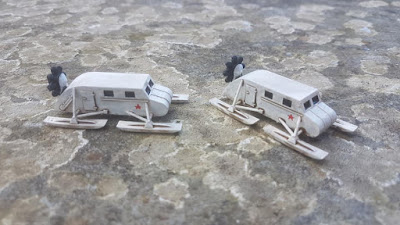 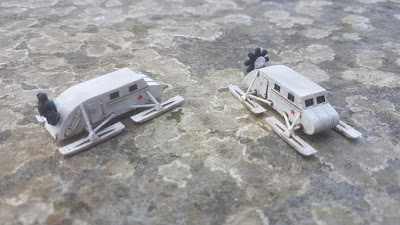 For those that might want to print their own I've put these and other models up on Wargaming3D:

Now that I've got these done I've been challenged to make a model of the 02SS aerosan "tank", which should be an interesting project: 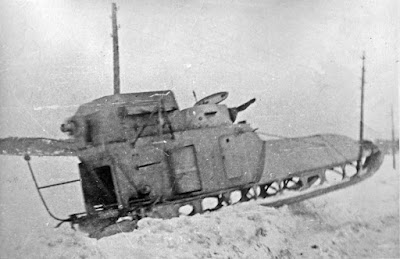 And also the smaller GAZ-98 (which looks like a LOT of fun!)

Alas today I also demonstrated to myself the fragility of these resin models as one of the NKL-26s took a tumble and literally exploded into pieces. I've managed to salvage two skis but the rest of the model was trashed. So I think I'll also be mounting them on some bases to give them added protection.