In the dying hours of 2019 I'm going through the ritual humiliation of assessing progress against "the plan". Lets see how we did this year...... 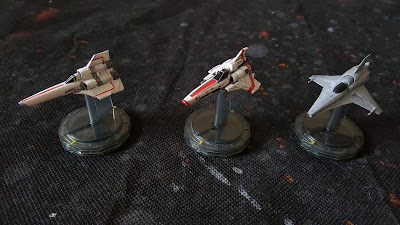 Not part of the plan, but the two 3D printed Vipers (left and right) were some of the most pleasing models I made this year

Nope, didn't happen (apart from sorting out a few USMC vehicles and picking up a new LVT(A)4 at Reveille. Oh, and a few new 15mm winter vehicles.

100% complete! The WW2 rules were published as "Find, Fix and Strike", and the coastal rules as "Narrow Seas". I'm rather pleased with the way they both turned out, FF&S in particular proving to be pretty handy for use in one day or weekend campaigns.

3. "Action Stations" and "Iron and Fire" - I will complete a set of ship cards for both so that I can set up games from scratch more quickly.

Failed - mainly because I was knocking up loads of new craft for Action Stations - which all need basing over the next few months.

4. Stingray - as the NWS game for Salute this year I will renovate the game, add some new things I have been thinking about and generally get everything sorted for an excellent showing at ExCel.

Success! A few new models made (including the WASP "black ops" Stingray, a giant mermaid and an experimental Terror Fish for the forces of Titanica). The game at Salute went very well and received many admiring looks and comments. Great fun as usual.

So not a brilliant performance against the plan as written, but then I did get loads of other stuff done, so not a wasted year. Now it only remains to work up the plan for 2020. Watch this space! 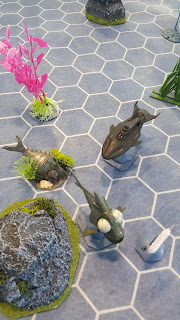