You could be forgiven for thinking that a lack of posts here suggests I've not been up to much recently. Au contraire, I have been extremely busy, Laura headed off to New Zealand for a gap half year last month so I've been up to my eyeballs in horse care and looking after the alpacas, but in the margins I've been giving the Photon a good thrashing. Here's some of the items I've printed off in the last few weeks:

First up, a series of Napoleonic naval fortifications. The release of Black Seas has prompted the 3D modelling community to  deploy their expertise. There are a number of ships available to download, but the things that caught my eye were a couple of martello towers and a sea fort, the Chateau de Taureau. All are lovely renders of the originals and print up nicely. I printed a set martellos in 1/450 to fit in with my Peter Pig small ships of the same nominal scale. 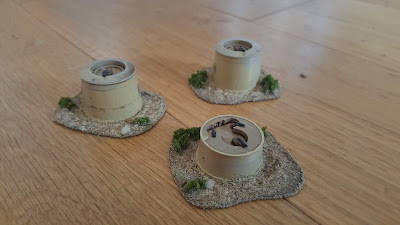 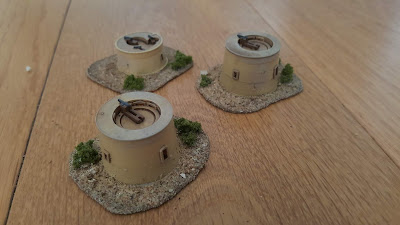 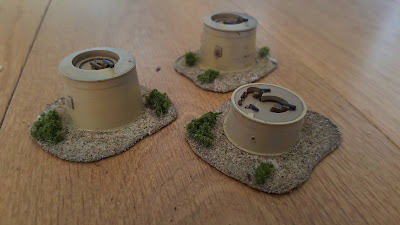 The sea fort didn't print too well as one end detached from the print bed. However, the upperworks of the fort were fair and since the fort is supposed to sit o its own island I decided to fill in the missing area with some miliput "rocks". 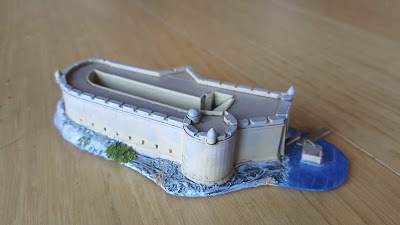 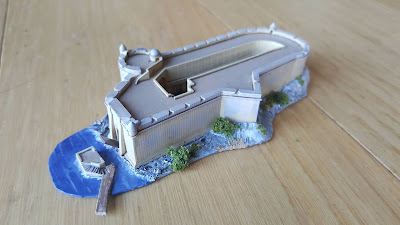 Of course the joy of 3D modelling is that you can rescale your models to print at just about any size, so I printed off soem examples in 1/1200 and also in 1/2400 to fit in with my Fleet Action collection. 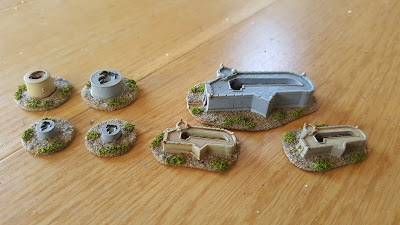 Another set of models I found were the lovely 1/200 WW1 collection by Mike Bergmann on Thingiverse. One of my plans for 2020 is to resurrect my 1/300 WW1 Western and Eastern Front games, probably using Bloody Big Battles. So I decided to do some test prints of the 1/200 models scaled down to 1/300.I was not disappointed....... 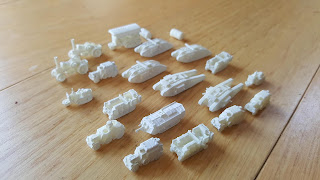 This is just a small selection of the models in Mike's WW1 collection. The detail is lovely and they come up a treat on the Photon.

Finally for this post, a rather nice set of "Technicals" for my AK47 games. I've been after some alternatives to the Peter Pig Toyota Hilux. The Land Cruiser I printed out a few montsh ago (with the Tetrarch and Alecto) is a nice addition, but these really fit the bill. 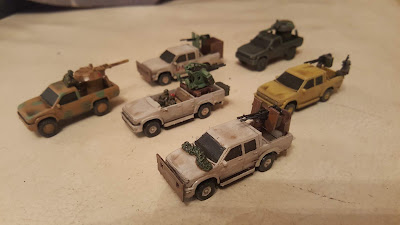 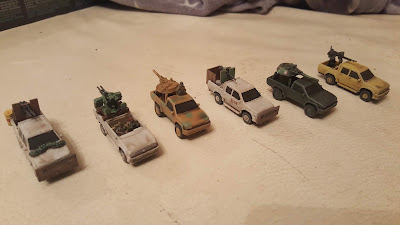 These are from two sets of files on Thingiverse. The first is a collection of "tin cab" 4x4s, in basic, cut-down and "uparmoured" versions. The file set also contains a variety of weapons to fit into the flat beds, including a rather nice ZPU-2. The second is a rendering of the infamous "4x4 with BMP turret" seen during the Libyan Civil War. Again, this was on my "must do" list. A few hours after finding the files my African warlords are in possession of some nifty self propelled firepower :)

Thats it for now. I have many, many more models to share with you dear readers, but they will have to wait for now.......