Ares' new Battlestar Galactica game made its debut at the Berkeley Vale club last night. A few pictures from the action (which featured an impressively statistics-breaking number of double 1s for gunnery rolls). 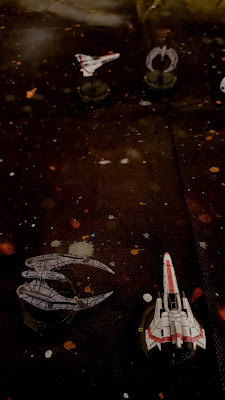 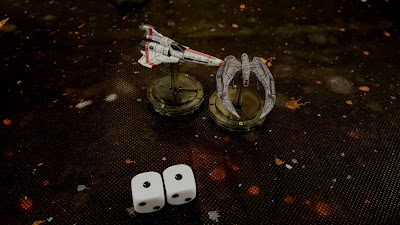 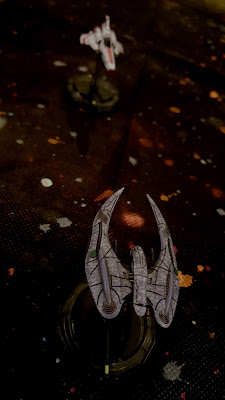 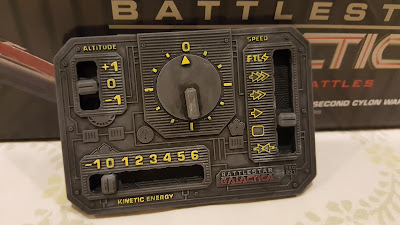 So, how did the game go? We played two games, swapping sides between the two. In game #1 the Colonials won 2-1, in the second it was 2-0 to the toasters.

Everyone agreed the models look lovely. We had the expected "what were they thinking??" comments when the graphics on the various cards were examined (orange text on a  brown background in small font? Realy?) And amongst my chums there was a distinct feeling that the game itself, whilst is a bit too fiddly (especially the rotating fighters), and so perhaps this isn't going the be reappearing at BV in the near future. That may change with more familiar and easier play - and when there is more variety in available craft, so I'll hang fore on this until I have a few raptors and heavy raiders. But for now its parked in the bay. Which is a pity as it is a beautiful looking game. 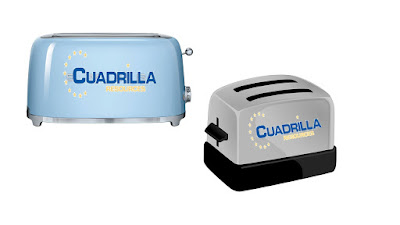