I have just returned from a very enjoyable two days at the National Maritime Museum in London where I took part in an unusual "refight" of Jutland.

Not the 1916 battle we all know and love of course, this was a hypothetical "Second Battle" set in 1918 and featuring some of the US battleships that formed the 6th Battle Squadron of the Grand Fleet. The occasion was a game staged by the staff of the US Naval War College and was using the NWC's rules from 1922 (astute readers will recall the NWC ran a refight using the rules on the centenary of the battle). The game formed the evening entertainment within the museum's "First World War at Sea - Conflict, Culture and Commemoration" conference and whilst the umpiring team were all seasoned wargamers form the US and the UK the players themselves (with one or two notable exceptions) were the learned ladies and gentlemen from the conference who had probably never experienced wargaming before.

We closed up on Wednesday evening for an umpires' training session during which we became intimately familiar with the rules. Deterministic by nature, there is no rolling of dice in this game. Which initially sounded a bit stale and not conducive to a good time, but we soon found out in the game itself that the injection of the "human factor" more than made up for any perceived issues on the "fun front". Between admirals with very definite plans and shades of micromanagement through poor handwriting leading to miscommunication of orders, signals going missing, smoke screens laid in the wrong place, confusion over which ship an admiral leaving his stricken battleship was going to set up his flag and captains "taking the initiative" (or as we saw it, disobeying orders) there was more than enough confusion and hilarity to keep us all going. Oh, and an endless supply of nibbles and drinks provided by the museum staff. 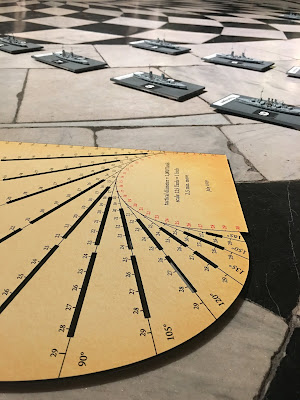 The rather large (and lovely) movement templates 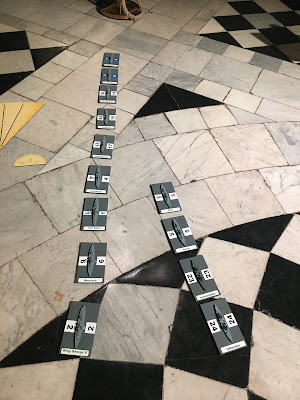 The High Seas Fleet, arrayed for battle (numbers of ships were limited to the number of players) 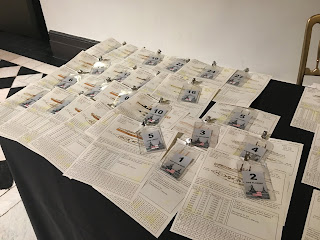 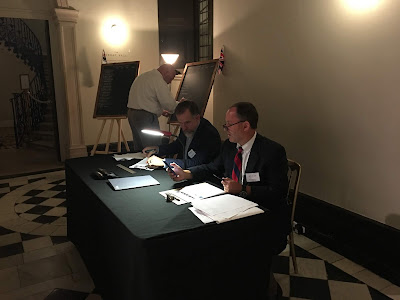 The nerve centre of the operation, where all record keeping was conducted 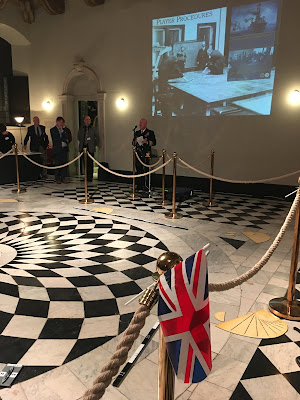 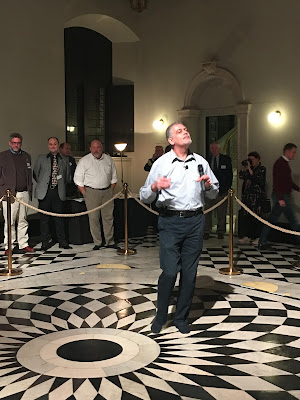 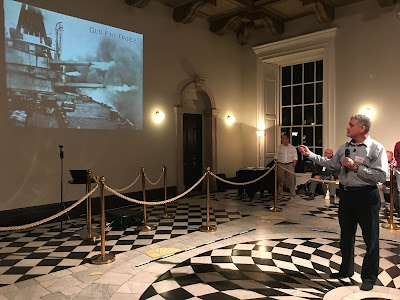 The view from the gallery 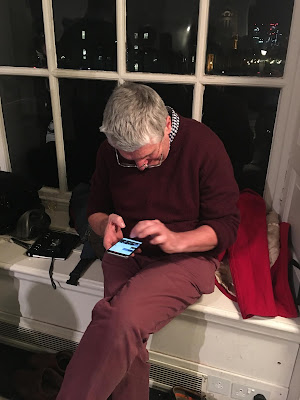 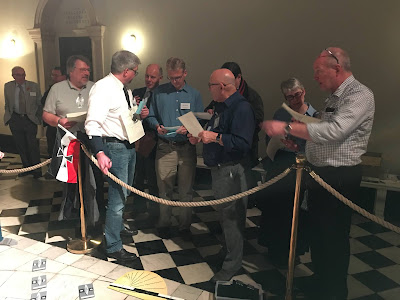 The German planning conference - Scheer lays out his complex plan 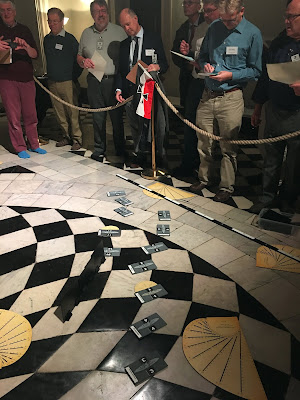 The result of his complex plan (chaos!) 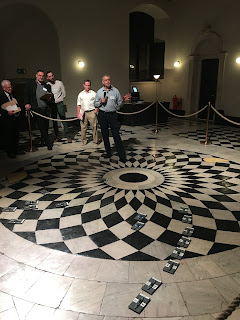 The end of the evening - fewer ships on the floor, note the solid, disciplined Allied line....

As the night drew to a close so then did the battle. Who won? The Germans were definitely on the end of a hiding, their complex plan and dodgy use of smoke contrasting with the ruthless efficiency of Innes "Jellicoe" McCartny's handling of the Grand Fleet. Despite losing two battlecruisers early on the RN and their US allies coolly dished out retribution on a regular basis, with five German ships sunk at the end of turn 4 and others in a poor way. 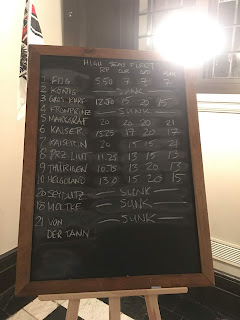 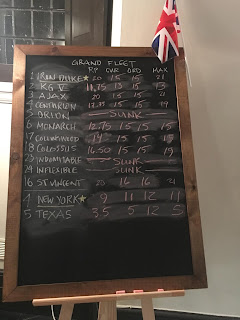 
But it wasn't about the winning, it was the taking part. This was a historic occasion, watched over by such maritime luminaries as Nick Jellicoe (grandson of the Admiral himself), Professor Andrew Lambert and Professor Geoffrey Till. And from the US Naval War College, Peter Pellegrino made an excellent senior umpire and an awesome Master of Ceremonies. a presentional and teaching style that was quite inspirational.

So, a lovely night, enjoyed by all. And it was great to be there with good friends Stuart Machin, Bob Cordery, Nick Bradbeer and Jim Wallman. We are all looking forward to the next one :)

Email ThisBlogThis!Share to TwitterShare to FacebookShare to Pinterest
Labels: Jutland