I think I mentioned a while back that I was doing up my 1/700 modern coastal collection for "Bulldogs Away", having found a few unmade models whilst I was renovating my 1/600 WW2 collection. In the last few days I've been building or finishing off a few larger 1/700 craft, in particular a kit of an Allen M Sumner class destroyer that I picked up at Thornbury a couple of weekends ago. 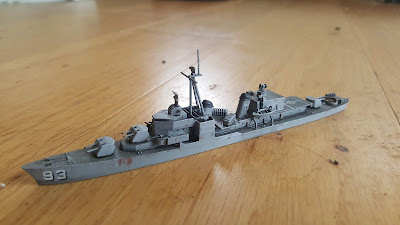 The Sumner was a model in WW2 configuration and I was going to build it like that as a low tech "target", but I had a change of heart and decided on an upgrade. So I replaced the aft superstructure with a small DASH flight deck and hangar, built a new tripod mainmast and replaced the torpedo tubes with a couple of MM38 Exocet boxes. The end result is a "FRAMish" Sumner which is representative of the post war conversions that many of the class enjoyed and which were then sold off around the world. It is by no mans "accurate" but serves to give an impression. And I'm quite pleased with the way it turned out. 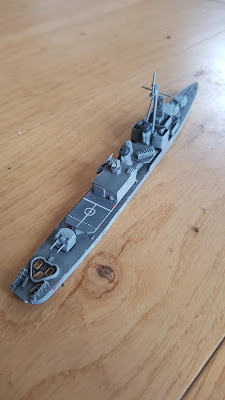 Other newcomers include an FFG7, a Charles F Adams, a Knox, HMS York (Type 42 Batch 3), a high speed ferry and a civilian research vessel.The ferry was an Old Crow 1/300 scale model. I scrubbed off the window detail, filled in the gap between the hulls and the superstructure, added a foldable stern ramp typical of ships of this type and built a new full width bridge to give the right impression for 1/700. Again something I'm quite pleased with. 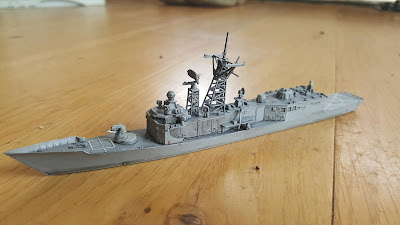 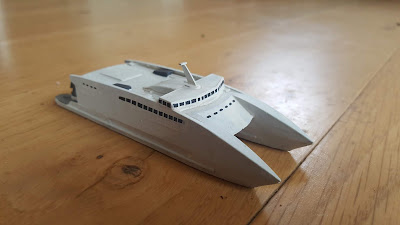 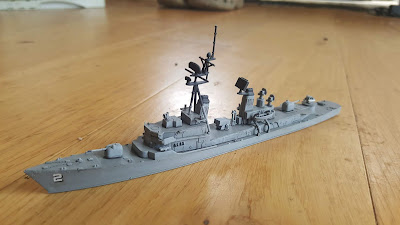 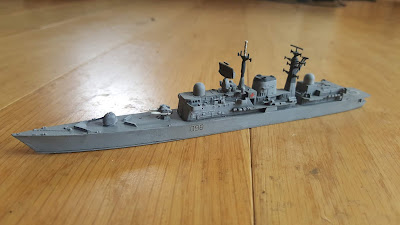 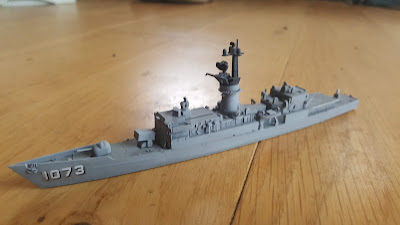