Lat week I picked up a few plastic kits from the IPMS Thornbury show. My "prize" was a 1/700 model of LCS-4, USS Coronado. I've been after one of these for a while for my modern coastal collection but only found them on Ebay for ridiculous prices so it was nice t find a more reasonably priced one on my doorstep. To be honest the LCS programme is a bit outside of my modern coastal timeframe which tends to end in the 1980s or early 1990s, but I have a soft spot for the trimaran version (some of my work at UCL went into the design) and it looks suitably outlandish to make a model rather irresistible. 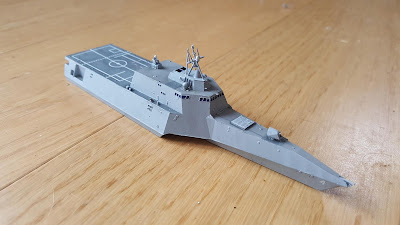 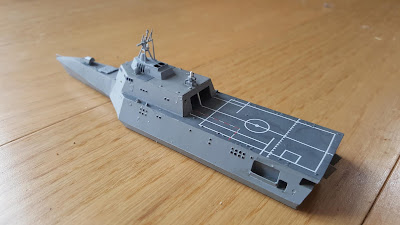 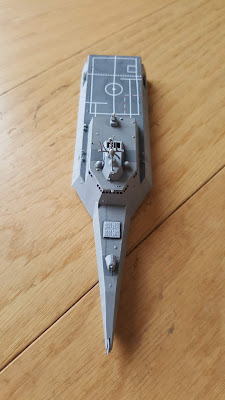 At the same time I used the Delta III model that I got at Thornbury to make an earlier Delta I, an easy conversion that simply needs the missile compartment shortening by 4 missiles. There are probably more detailed differences but for the purposes of wargaming a perfectly acceptable solution. Whilst I painted up the Delta I also repainted an old Oscar II that had been sitting unloved ina box for about 20 years. 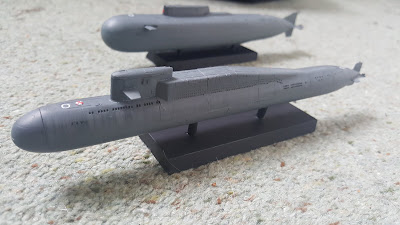 Finally I finished off a few packs of 15mm Scots pikemen that have also been in a box for decades, remnants of my WoR campaign plans in the 1990s. These guys went missing and were replaced at the time by some Essex figures but they are done now and will take their place in with their older painted brothers soon. They are nice figures and have a more irregular look than the Essex troops. I wonder if the Falcon figures are still available? 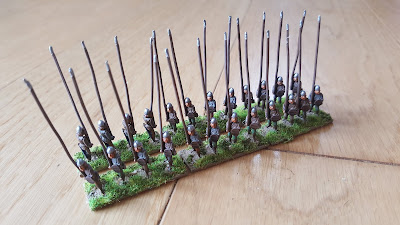 Email ThisBlogThis!Share to TwitterShare to FacebookShare to Pinterest
Labels: 1/700, 15mm