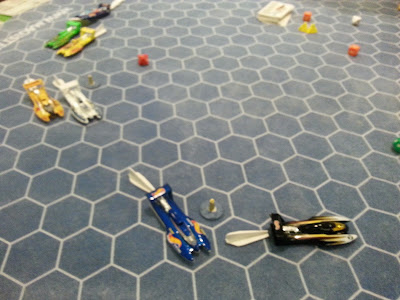 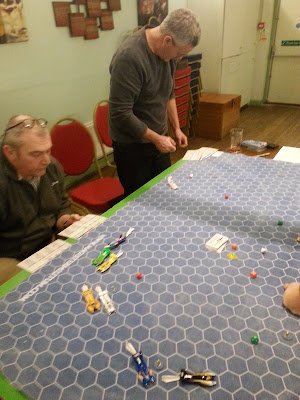 Of course being wargamers the chaps wanted to blow stuff up and shoot things, which got us thinking about a variant with mines, flaming oil slicks, harpoon guns etc. And the system does seem to lend itself to a variety of racing games (pod racers, Mad Max), so watch this space.....
Posted by David Manley at 20:31