On the whole this has been a pretty good weekend. We moved all of Laura's stuff out of her flat at Bath Uni so she's home for the summer now. We introduced Domino to his new friend Herbert today and the two boys really hit it off - full on gallops around the field for ages :) It was lovely seeing them so happy together. 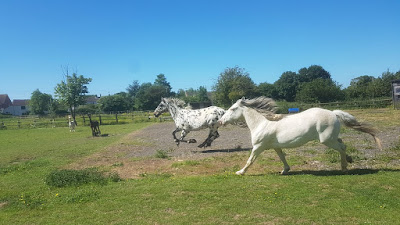 A good chat with Bob Blanchett in Australia on future plans for the NWS and other stuff, followed by painting up around 120 Chinese 13th century warships in 1/2400 - more on these later.

In the afternoon (once I'd enjoyed three rounds of BTCC from Snetterton) I ran a game of "Those Who Seek Death", my new Asian naval warfare fleet action rules. These are pretty much done now and the game was about testing some final tweaks on ship stats and checking exactly what info I needed on the QRS. Another game courtesy of 3D printing, all the models on table were designs I'd created and printed. The game was delayed a while by the presence of a sleepy Giant Military Cat (aka Scotty), but once he had wandered off to find some supper the game commenced, the Koreans doing a good job of holding off a Japanese fleet whilst their own supply convoy made it to reinforce their shore defences near Okpo. 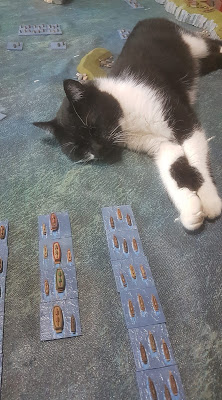 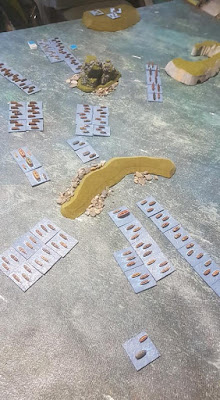 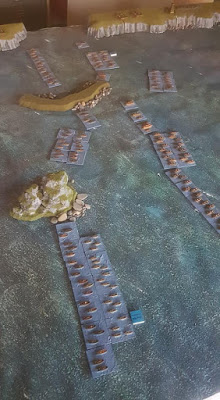 The weekend topped off with some quality pony and alpaca time, then ciders on the patio, a lovely sunset and watching the bats fly round the house for a while. Now to bed and maybe some big news coming later next week.....