A few people have asked for more details about the changes to Dave Schueler's "Thunder Boats" rules that led to the creation of MWM. It is a simple story. Last year Dave sent me a copy of "Thunder Boats" and I got together a collection of Hot Wheels hydroplane boats to use with the rules. I ran the game at the Naval Wargames Show in Gosport, and also at the Berkeley Vale club here in Gloucestershire.  Each time the game went well, players had a blast and a good time was had by all. 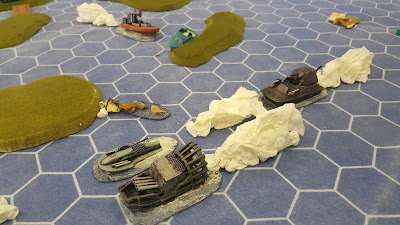 But there was an interesting conversation at the end of one of the Berkeley Vale club games.

Of course. And in that moment MWM was born.

The Thunder Boat rules are retained pretty much in their entirety, but are overlaid with rules for a variety of pistols, shotguns, machine guns, rockets, mortars and mines. The rules are quick and simple (generally a d6 roll against range, or 2x range for short ranged weapons). Mortars have a more complex rule that allows for fall of shot, so shooting at a congested area may see you hitting a different boat to the one you intended, whilst shots that miss will land in the water and form mines. Speaking of which, mines can be dropped during movement and may detonate when boats pass over or near them. 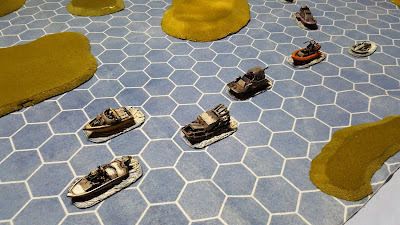 If a hit is scored then a simple d6 roll on the damage table determines effect - this can cause engine or hull damage as in the standard rules, but can also damage weapons or injure crewmen. two wounds and you are dead. Some locations may be armoured which grants a saving throw.  Ammunition is strictly limited so it pays to save your ammo for a choice shot 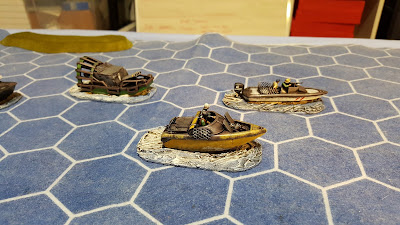 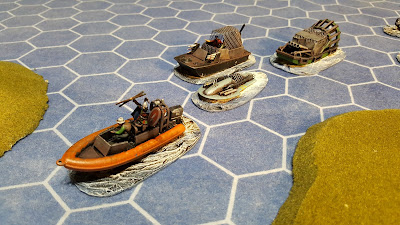 There are a few additional bits of "colour" - for example some of the boats can deploy a parascender who "flies" behind the boat and can drop grenades on boats below, one of the boats features a guy in Ancient British garb with spears - these of course become explosive tipped spears that he can lob at boats as they pass, whilst spectators can camp out around the course and take potshots at the competitors (think Sandpeople during the SW Ep1 Pod Race). 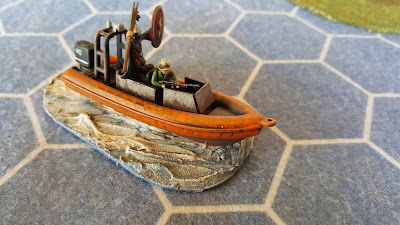 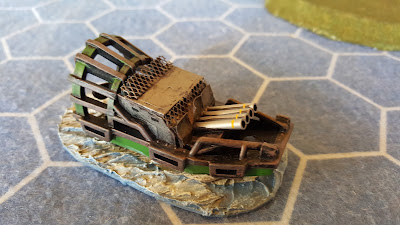 A race comprises two laps - we did originally set the race at three but it was rare for more than a couple of craft to make it to the end of the second lap. There are three gates around the course which must be passed in order (although the direction doesn't matter that much, which often leads to interesting routes being taken through the islands that form the infield. To allow some tactical thinking at the start there is no firing allowed until the first boat passes through the first gate - then its open season! And in this game it often doesn't pay to be in the lead, as you tend to become a bullet magnet! 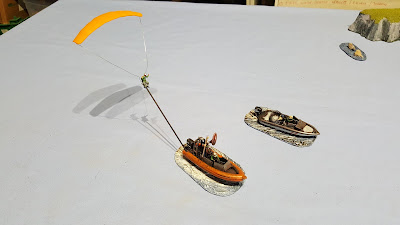 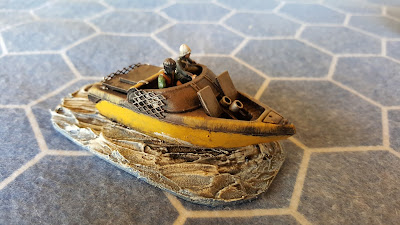 So, some simple rules in keeping with the originals. The combat element does increase the time needed to play but its still a fast and furious game :)