Yesterday saw the 800th anniversary of the battle of Sandwich, fought off the coast of Kent in August 1217. A French fleet led by notorious pirate Eustace the Monk was escorting a  convoy to London which was occupied by French forces under Prince Louis, who supported rebel factions during the Barons; War. An English squadron under Hughbert de Burgh intercepted the French off Sandwich. In the ensuing battle Eustace's ship was captured and the monk himself beheaded on the deck of his flagship (some say his head rested upon a trebuchet - that was carried as cargo - when the axeman chopped off his head!). The defeat of Eustace's force led to the withdrawal of the French army in London and brought an end to the war, so a decisive action indeed.

To celebrate this anniversary I put together a scenario based on the battle and fought it out using my "Lord of the Sea" medieval rules. What follows are a few snaps of the battle. 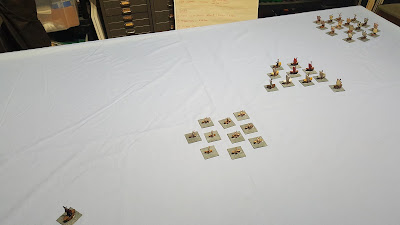 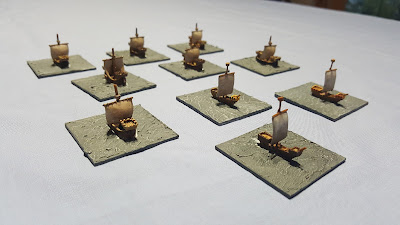 The French cargo ships. De Burgh avoided these juicy targets and headed for Eustace's flagship instead 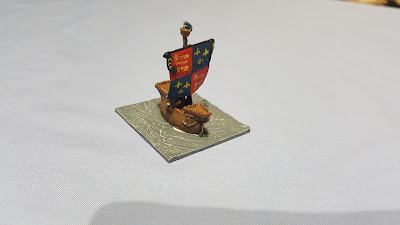 Hubert's ship (actually the Royal flagship from my Sluys collection) 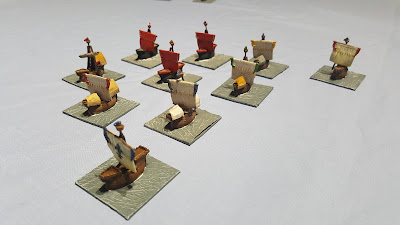 French warships making a run for it 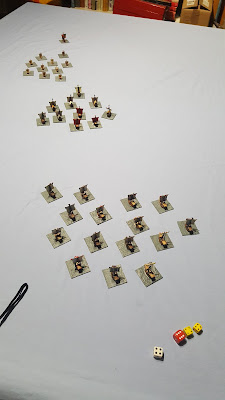 French merchants in the lead, the French warships sit between them and the English fleet 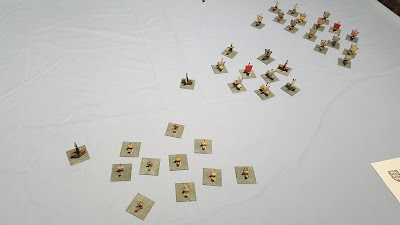 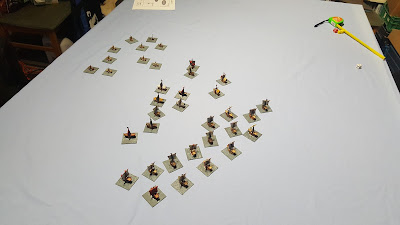 Hughbert's flagship encounters the flagship of Eustace the Monk. In the ensuing melee Eustace again found himself despatched. Hstory repeats itself!