Today was a bittersweet day as Vulcan XH558 made her final "tour of the South". I went up to our local airport at Staverton between Gloucester and Cheltenham to join a thousand or so other Vulcan enthusiasts see the old girl stage a flypast of the airport and the Jet Age Museum. I got there early and spent a while watching some of the other traffic, it was surprising how busy the airport is. We were also entertained by a Pitts Special which took to the skies a few times and did impromptu aerobatic displays, often very low and often just seconds after takeoff (for example 3 complete rolls between wheels up and before reaching the perimeter fence) 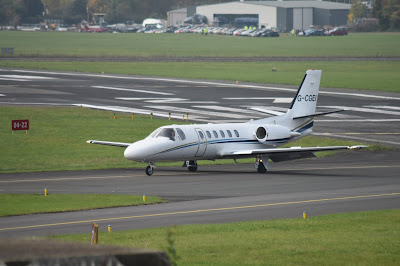 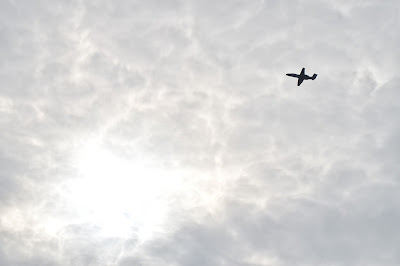 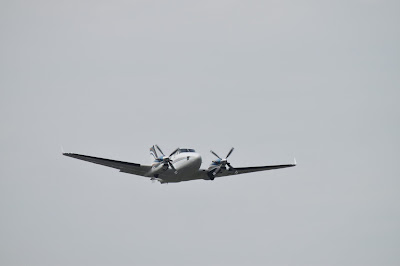 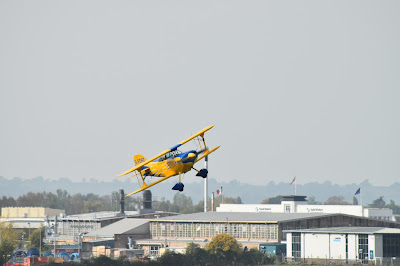 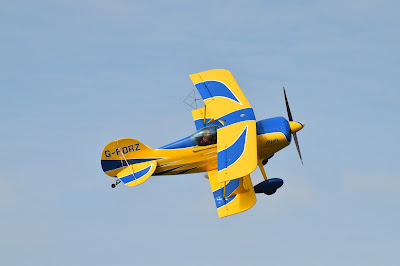 After a long but pleasant wait in the semi-sunshine XH558 hove into view over Gloucester for a single fast pass along the runway, waving her wings as she went, then off in a roar towards Brize Norton and her next appointment. 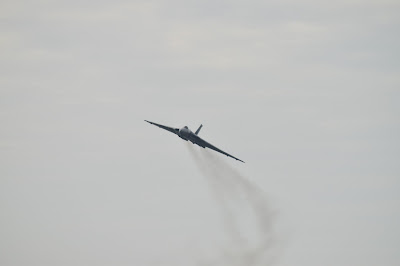 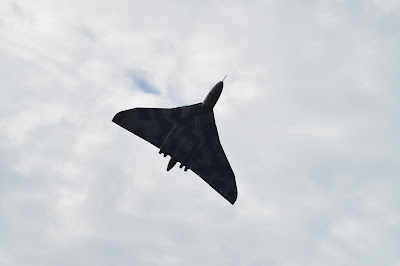 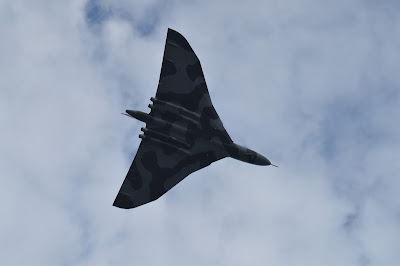 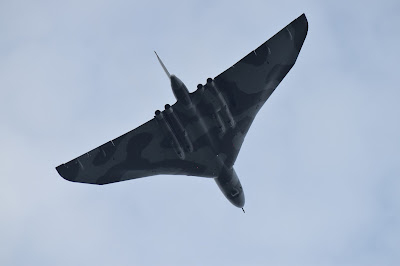 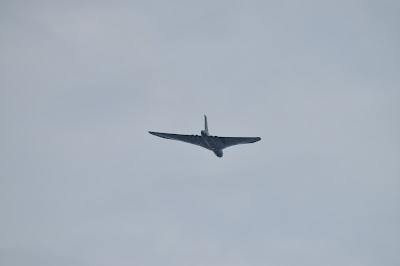 It was all over in a minute, but it was well worth the wait. There were quite a few damp eyes at the airport, I can tell you.
Posted by David Manley at 22:50