Follow your spirit, and upon this charge Cry 'God for Harry, England, and Saint George!

Despite a nasty fever (102 degrees yesterday, down to a manageable 100 today) I felt I couldn't let the 600th anniversary of Agincourt pass by without  some fun and games in the newly recommissioned wargames HQ. So I broke out DBA and gave it a bash. I don't have 100YW armies so my Wars of the Roses and Burgundians stood in for the action. 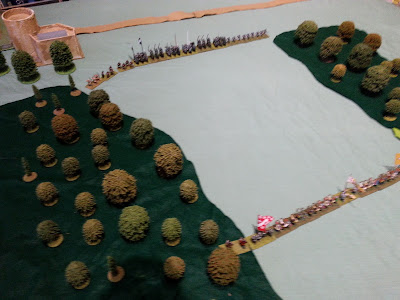 Things went fairly according to "plan", although some poor die rolls on the part of the English as battle was joined made it look a bit iffy for a while. 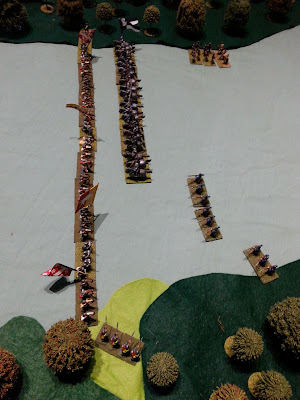 However, normality was restored as good King Henry despatched d'Albret for the 4th element killed and victory once again went to the English. 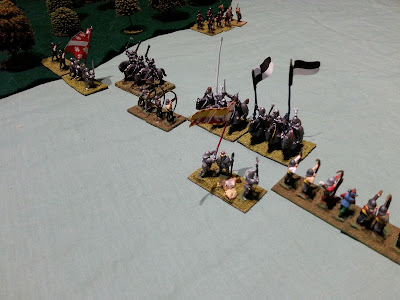 Just curious to see that my green sheet looks blue in these photos - obviously the ground was pretty waterlogged :)

Email ThisBlogThis!Share to TwitterShare to FacebookShare to Pinterest
Labels: DBA