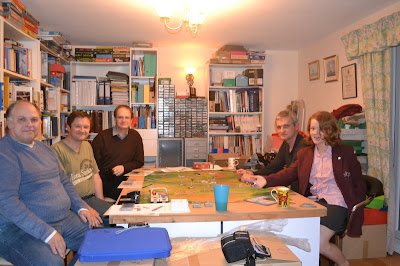 So, off to a slow but happy start at the new HQ. needless to say all the plans I established at the start of the year are in tatters, but that's the fun of wargaming, eh?
Posted by David Manley at 07:01