“Blood Bilge and Iron balls” is an interestingly named set of age-of-sail Wargames rules written by Allan Abbey  and published by Pen and Sword.  They mark the latest move by more “mainstream” publishers into the wargaming market. 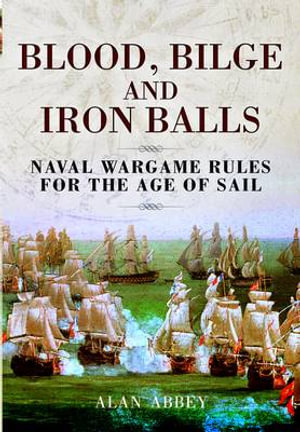 The rules are nicely presented and give a decent game. Ships are represented by a number of hit boxes for guns, sails, hull, and crew, with additional consideration given to key members of the crew (gunner, sailing master) and the “chain of command” – breaking the latter limits the ability of the captain to issue orders and is a very nice touch.
Movement uses a standard approach – considering the ship type, aspect to wind, sail setting and any mast damage to determine speed. Ships must move the full distance indicated which makes close quarter manoeuvring risky (as it should). Gunnery involves rolling a d6 for each gunnery factor, modified for aspect, training etc. to determine hits. A deck of playing cards is then used to determine damage, with different suits denoting damage to different areas of the ship (hull, rigging, crew etc.) another nice touch that allows dismantling shot to be catered for by  treating  al damage cards drawn as rigging hits (although for some reason only the French seem to be allowed to do this under the rules). Additional rules are included that cover boarding actions in some detail, as well as optional rules covering the effects of land, national characteristics (although see later) and civilian ships. The rules are supported by a number of generic scenarios, and by a scenario covering the battle of the Nile. Full details of the scenario are given, and there are coloured counters at 1/1200 scale for this scenario and for generic battles that can be cut out and used instead of models if these rules are your first foray into AoS wargaming. There is also a very nicely presented generic campaign system covering naval operations, trade and blockade which looks like it would work very well if transported to other settings.  All in all a very nice set of rules. There were a few areas that I was not quite convinced about, such as the French shots at rigging mentioned above, carronades are described as “not hugely successful” and the rules take a very “British vs. French and Spanish” approach (I’m sure American readers would have some views on representing their ships in this system, especially with the anniversary of the War of 1812 upon us) but on the whole the rules are sound, not complex and straightforward to amend to cater for your own personal thoughts on the period.
A nice touch is the support provided on the P&S website, where you can download much of the game materials needed, removing the need to cut these from the book. Well done P&S.


Downloads are here
Posted by David Manley at 20:56 2 comments: 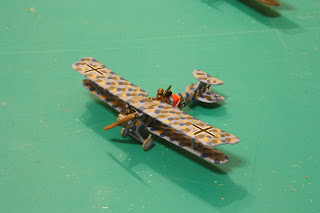 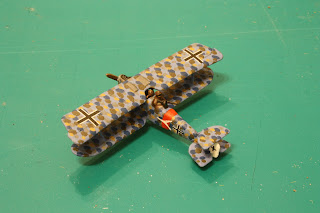 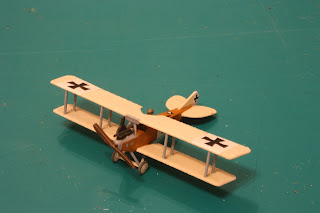 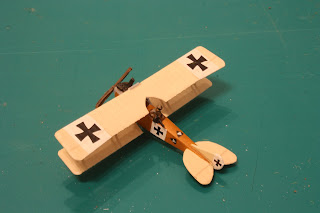 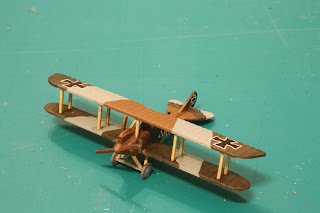 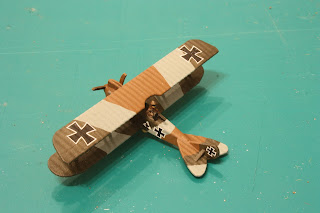 Two more in the paint shop at the moment and they should be done tomorrow. Something a bit unusual this time......
Posted by David Manley at 21:24 No comments: 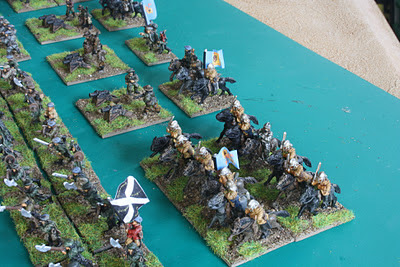 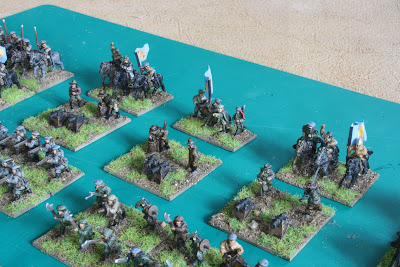 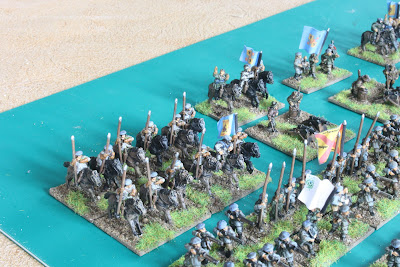 The other part of this task was to find the DBA variant rules and army lists that I picked up from peter Colbeck when he did his ECW campaign a few years back. This I have also done. Of course, reading army lists AFTER the army is complete is never a good idea, as I've realised I could really do with some light cavalry as well as the regulars and lancers. Of course i sold off a load of medieval Scots at Reveille and I recall there were some fugures in there that would have been ideal, so a double whammy! Anyway, at least the figures I do have are finished, the rules are located and ready to go and the army lists show that what I do have is OK to make  a couple of Scots DBA armies, or a single BBDBA army. I don't have a campaign set up ready to go, but perhaps a peruse of the Warhammer Historical ECW book will give me some ideas.
Posted by David Manley at 13:09 No comments:

The Plan - And A Review

Having a plan for 2011 worked pretty well and gave me a good deal of focus in my wargaming which was previously lacking. So Here's my first thoughts on a plan for 2012. As last year I expect it will change, but here's what I would like to accomplish this year:

7) The Sudan - I really want to get back into this in 2012. I'm awaitinga  few units from Nigel, my expert painting friend and I have a couple of units of Bashi Basouks and some civilians to paint up, then all is complete on the modelling front. I think I ought to make another river steamer as well. Then to finalise the rules and get some games in!

9) War Rocket - I have one squadron of ships already, and a second one (plus the rules) waiting for me in the US. apart form these I'l probably look to scratch build a few ships as well.

One thing I am going to try to cut down on is adding to the "lead pile". So I'm imposing a ban on buying new stuff with a few exceptions:

Other than that (and "staple" items such as paints, glues and materials) - nothing new!! (I wonder how long i can keep that up!)

As far as last year was concerned, how did we do?

1) 15mm ECW - a sudden burst of enthusiasm saw the foot troops finished off. Cavalry, mounted command and some light artillery still to do
2) Wings of War - one of the big "successes" of 2011, with everything painted up nicely and lots of games played at the Mall, Iron Acton, Cardiff and at home.
3) 15mm SCW - almost everything completed. Some nice irregular units formed and the regulars finished off. Just  a few things left to sort out now (see above)
4) Coastal - Failed, but I plan to sort that out this year.
5) The Room - fluctuated between "useable" and "dump". Hoping it will spend more time in the former state this year!
6) ACW Naval - Mission complete :) All 1/600 and 1/1200 models painted up and ready to go :)
Not a bad year, all things considered. Hoping 2012 will be just as good, if not better!
Posted by David Manley at 09:47 1 comment:

Just to finish off the model count for 2011, here are the last models that came off the production floor at the Bristol Aerofactorium on the 31st December. They are a couple of the new seaplanes from the Skytrex 1/144 range; a Felixstowe F.2A and a Short 184 seaplane. 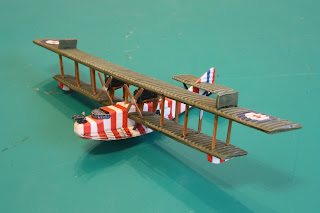 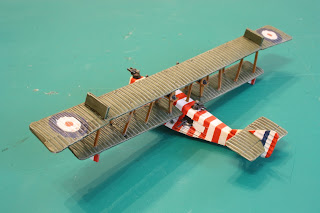 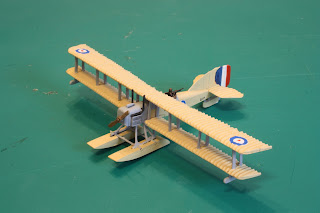 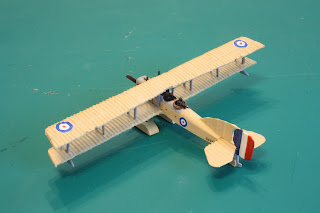 Lovely kits that go together well. A pity about the excessive "ridging" on the wings, but the overall effect is OK.
Posted by David Manley at 12:08 2 comments: